TOWARDS AN INTEGRATED DESIGN-MAKING APPROACH IN ARCHITECTURAL ROBOTICS 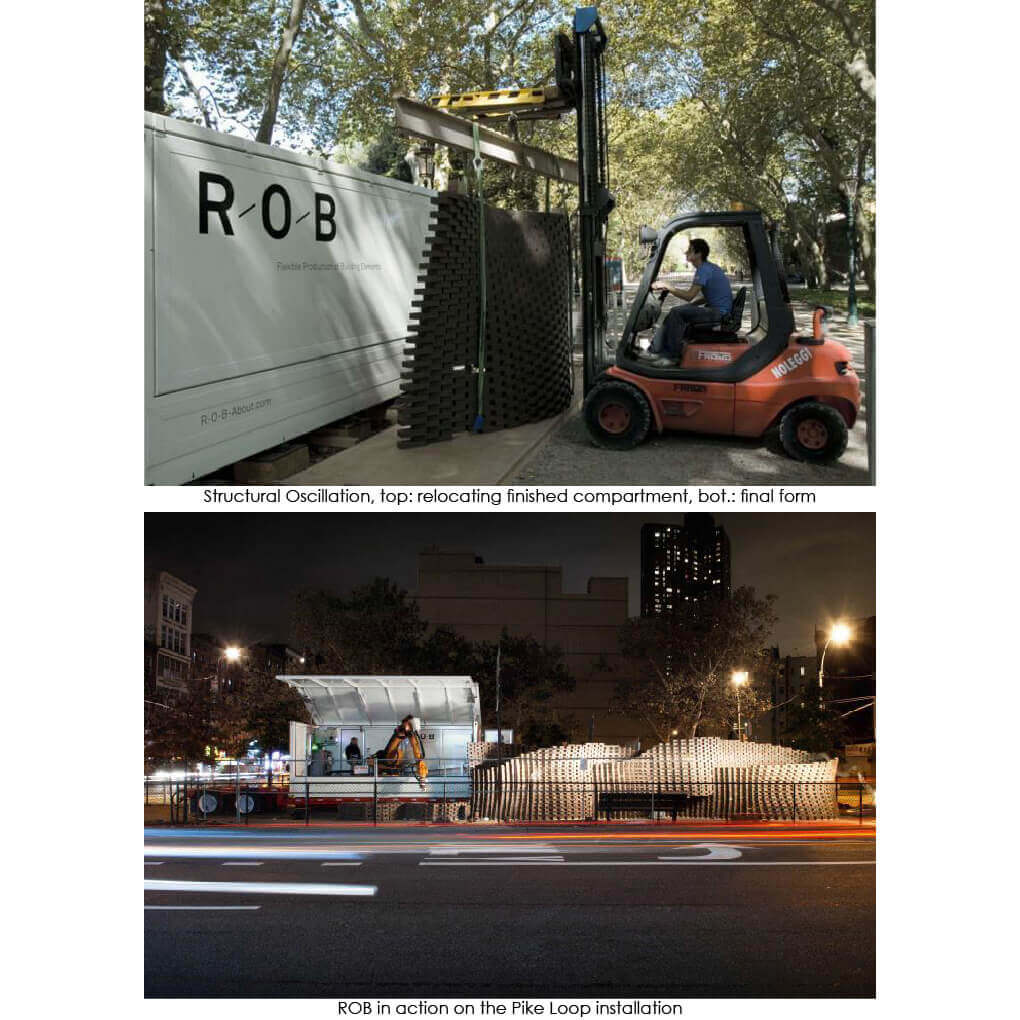 Using industrial robots in creative design has generated a wide interest among designers, artists, and architects. While generic, combined with custom or task-specific mounted tools and digital descriptions, these machines have recently become the vehicle of creative explorations in design, architecture, and the arts. Even though numerous researchers and practitioners have proposed applications of robotics in architectural practice, this field is still in its infancy and thus needs more exploration by design and architectural researchers. 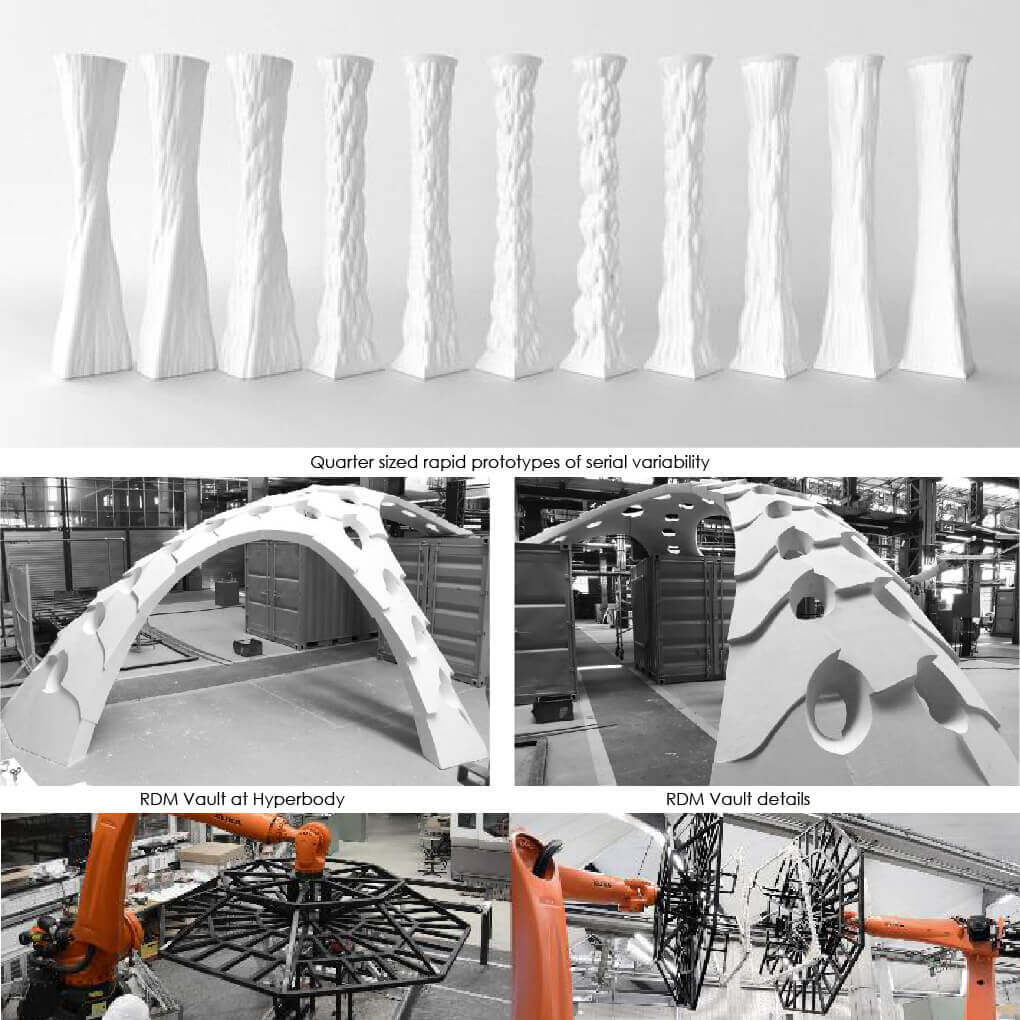 In this thesis, I have investigated the architectural robotics opportunities by reviewing its design space and characteristics in academia and practice. It resulted in a hypothesis stating that currently available software toolboxes are not sufficient mediums between architects and robots. Accordingly, we need a medium to embed all the constraints that affect a specific robotic system, its mounted tool, and related material system, from early stages of design to materialization. 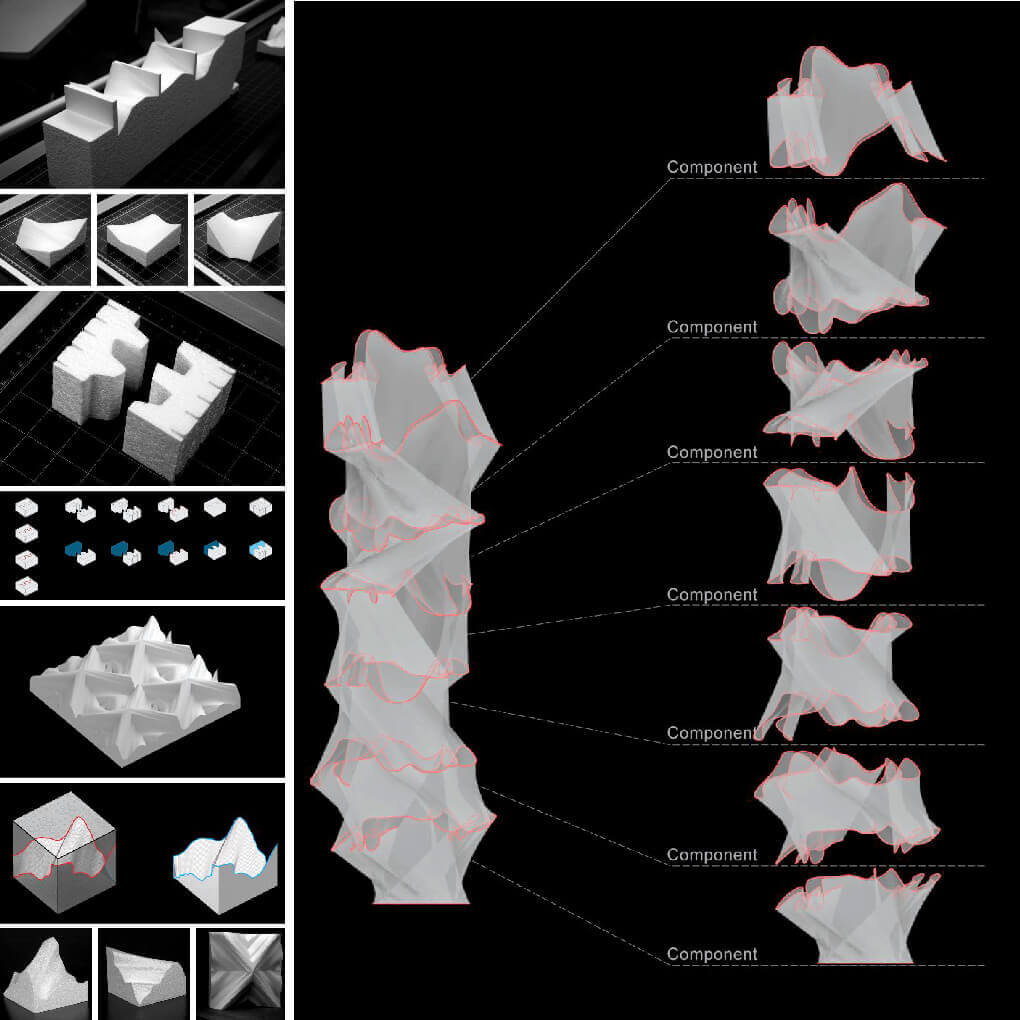 To test this hypothesis, I proposed an analytical grammar to codify spatial design, form finding process, and robotic fabrication behavior through visual computation and algorithmic approaches. The system affordances were later studied through physical prototypes.