A Case Study with Islamic Patterns

Fig. 1. A student study showing the followed path in the pattern forming stage.

Computer-aided design has found its role in the undergraduate education of architects, and presently design by coding is also gradually finding further prominence in accord with the increasing demand by students who wish to learn more about this topic.

This subject is included in an integrated manner in some studio courses on architecture design in some schools, or it is taught separately in elsewhere. 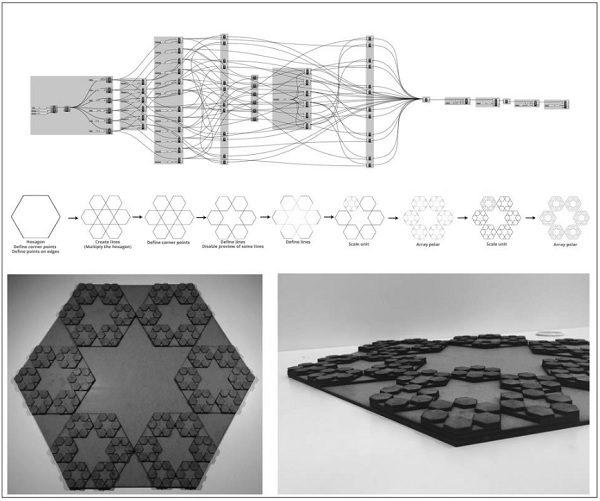 In terms of the separate course on coding, the principal difficulty is that actual applications of the method can rarely be included due to time limitations and the fact that it is conducted separately from the studio course on architecture.

Fig. 3. Set of rules used for the pattern creation in the student’s work

However, within the framework of the architectural education, in order to learn about the coding it is necessary to consider it along with the design process, and this versatile thinking can only be achieved by the application of the design.

In this study, an elective undergraduate course is considered in the context of design and to yield a versatile thinking strategy while learning the language of visual programming.

The course progressed under the theoretical framework of shape grammar from the design stage through to the digital fabrication process, and the experimental studies were carried out on the selected topic of Islamic pattern. A method was proposed to improve the productivity of such courses, and an evaluation of the results is presented. 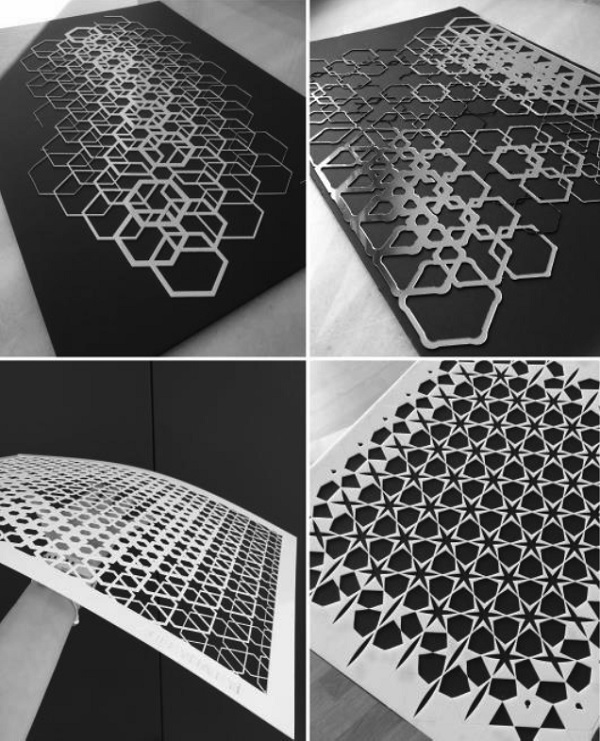 Fig. 5. The models, which were made by using plexiglas material. 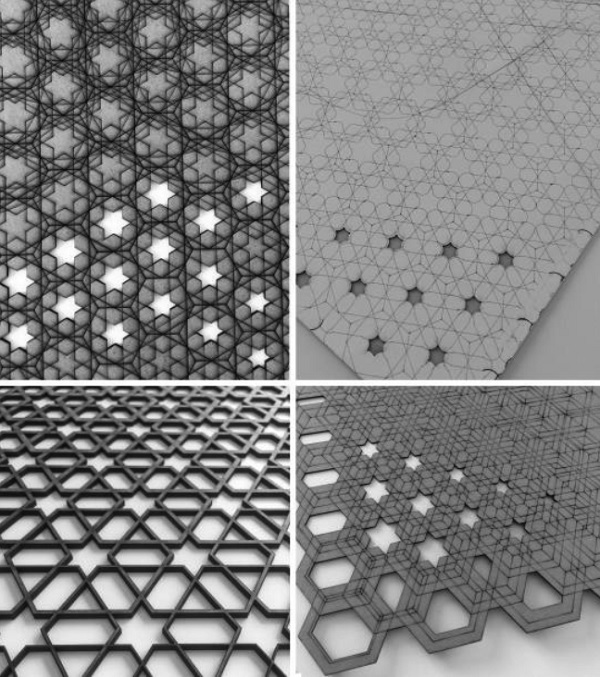 Fig. 6. The models, which were made by using cardboard material and left openings. 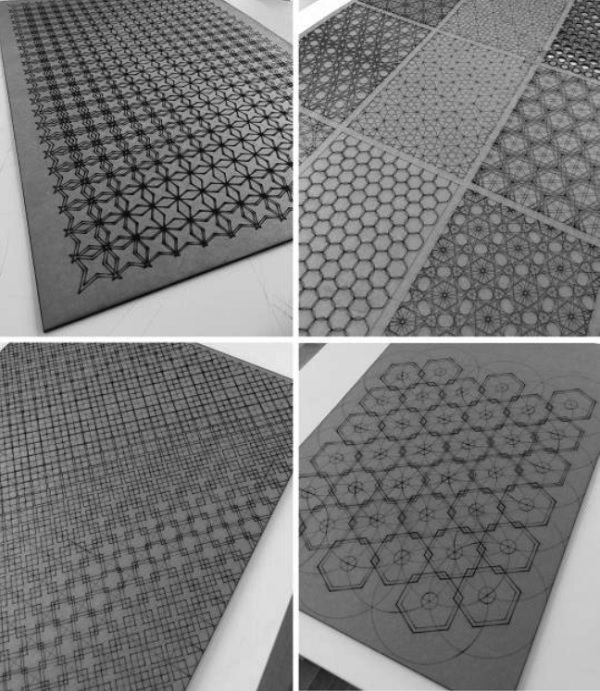 Fig. 7. The models with different geometries, which were made by using cardboard material and produced by doing laser scoring

The main problem encountered in teaching computer-aided design as an elective undergraduate course is that the students are unable to apply their knowledge to actual product design because the architectural design studio is involved in a separate course.

It is only possible for students to learn about computer-aided design tools in combination with the particular design by actually applying the methods and also can experience the versatile thinking together with the use of different design tools.