DEPARTMENT OF ARCHITECTURE SCHOOL OF BUILDING AND ENVIRONMENT

Figure 5 : Initial equilateral triangle and the first six iterations for the Koch snowflake

Fractals have been around in nature for thousands of years and people have been influenced by all forms of art and architecture. The word fractal was coined by Benoit Mandelbrot in 1975 and his approach to fractals revolutionized the way we see these patterns.

Today creative architects bring their theoretical knowledge into the international context of science and reflect its architectural flow. 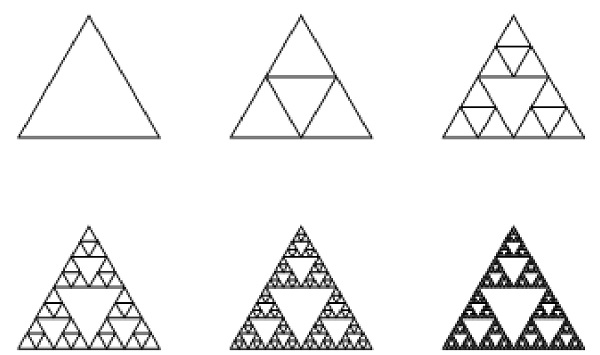 This study aims at suggesting “fractal” as a suited way of interpreting contemporary architecture and of exploring its potential as a new 21st century paradigm.

It covers the fundamental concept of fractals in theory and their development over time as well as recent examples of how different architects have incorporated them into architecture.

Fractals have existed in nature for millennia and humans have been taking inspiration from them in all aspects from art to architecture.

Throughout history, we would’ve seen various examples of how fractals have been implemented from the Great Pyramids to the sun temple in Modhera. 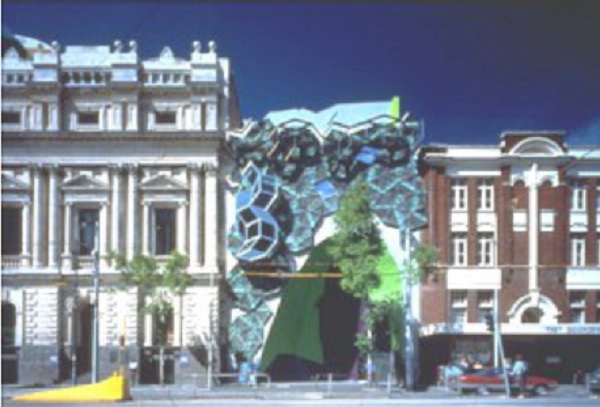 Fractals have taken a jump in recent years with the discovery of the Mandelbrot set. Benoit Mandelbrot coined the term fractal in the year 1975 and his approach to fractals has revolutionized the way we see these patterns.

To date, the use of fractals in architecture has been limited but with current and future advancements and with the growth of computational designs fractals pave the way for more reliable, efficient, quicker design solutions. 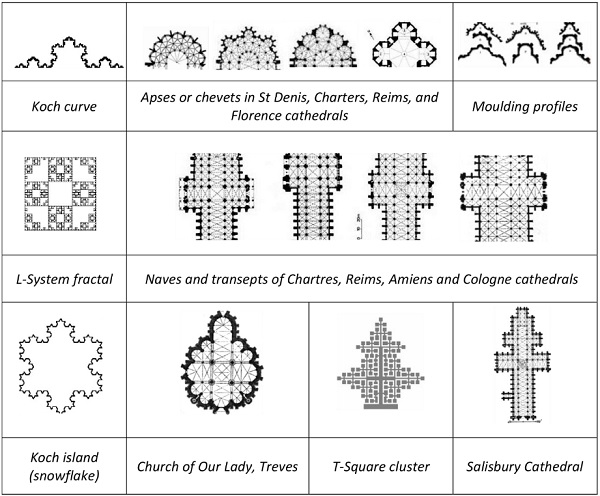 Innovative architects today place their theoretical backgrounds on a world view of science and reflect its flow into architecture.

Figure 32 :”The resemblance between cusping in Gothic architecture and different stages of Koch Curve.”

Since the paradigm theory of Thomas Kun, it has been understood that history is not a straight line over time, but a mechanism to replace the pattern of human thought.

It can also be said in architecture that the division of a period, such as ancient times, modern times, and present age, is a pattern of transition in design consideration. 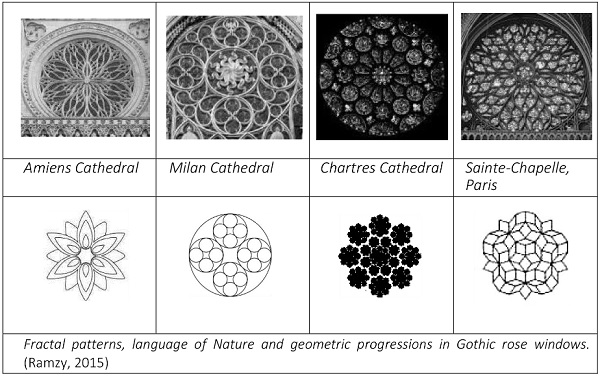 It is therefore a challenging situation for modern architecture to view uncertainty and diversification only with the current theories focused on rationalism.

Accordingly, this study aims to suggest ‘fractal’ as an alternative suitable for the understanding of modern architecture, and thus to review its possibility, which is one of the scientific theories on complexity being raised as a new paradigm of the 21st century. 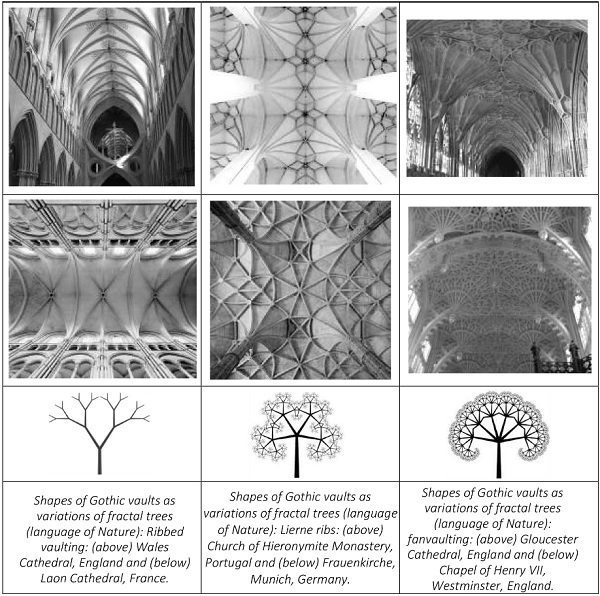 This dissertation will cover fractals as a concept and its integration into architecture. The development direction of the study is as follows; Stage one covers the basic principles of fractals in theory and their evolution through time. The mathematical concept of fractals is analyzed and its expression in nature is highlighted.

Stage two will cover the modern examples of fractals and how it has been integrated into architecture by various architects followed by a detailed analysis of how fractal geometry has played a major role in the gothic era continued by how fractals have intuitively been existing in the African civilization for centuries.

The fourth stage covers the more mathematical aspect of fractals and their formative principles, how it can be used as an analysis tool, and the core principles that have been highlighted in the field of architecture.