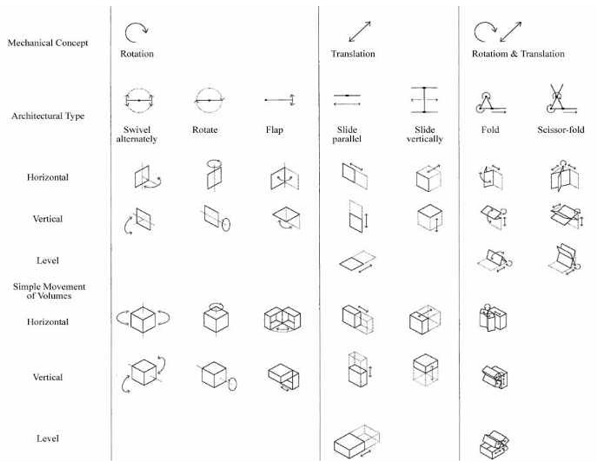 In recent years, many interactive concepts have been invented. Some of these concepts have the ability to adapt and interact with the surrounding environment and its variants which include; light, sound, wind, heat or with people.

Fig. 2. Types of the movement of deformable architectural elements

This adaptation and interaction is done by some sort of transformation that does not require human assistance. Moreover, returning to their original state happens without significant deformation at the end of the external influence. 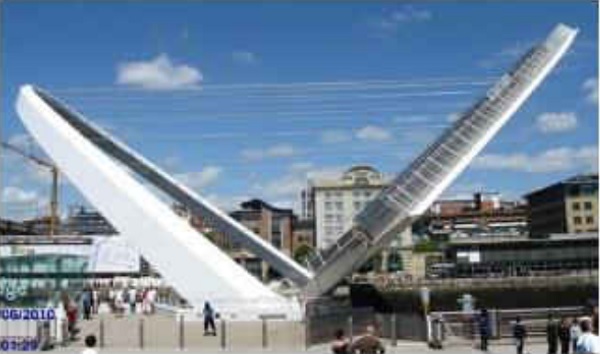 Discovery of such interactive concepts stimulated a number of architects to utilize these concepts in several architectural environmental applications such as; sun shading, sun breakers and windows, in a way which significantly makes use of the concept and technology of interactive movement in architecture.

The paper attempts to review the literature and descriptively analyse interactive applications in kinetic architecture and study the role of these applications in the development of this trend in architectural design to be more effective and applicable in the future.

Faced with endless influencing parameters such as time, weather, functions, information, human needs, etc. architecture should be designed with multiple dimensions to face this infinity of forces.

Many design techniques and technologies which aim to respond to the constantly changing needs have appeared. The most prominent of these is kinetic architecture, which is considered a development in the theories of architecture and a departure from the static form of architecture to the dynamic form. 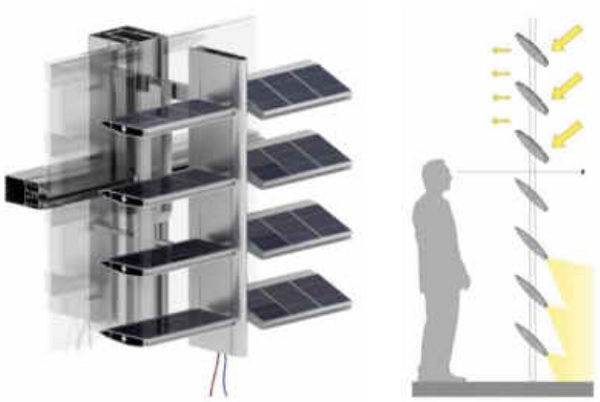 This study presents interactive movement as one of the leading factors of contemporary ways of expression in architecture. 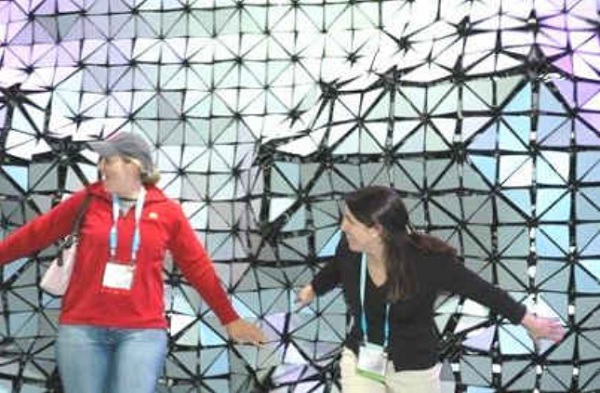 Fig. 15. HypoSurface is the World’s first display system where the screen surface physically moves! Information and form are linked to give a radical new media technology: an info-form device.

The evolution of architecture from static and stability to dynamic and movement has been followed by changes in the architectural thought.

Fig. 18.Sonomorph that moves in response to the sound

A new architectural language has been found as some new concepts have emerged, and so modulation vocabulary uses have been introduced, materials and construction methods have evolved and uses of computer and multimedia in architecture have developed. 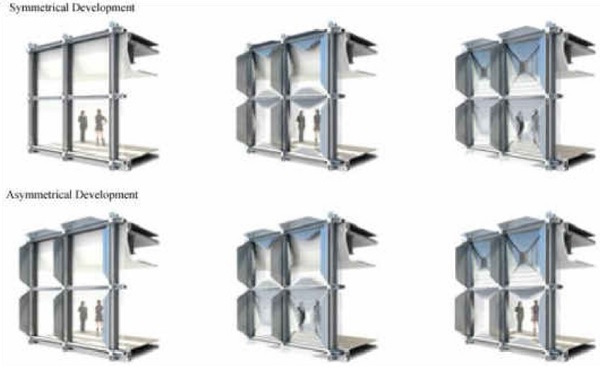 However, the large cost and their need for high technology in design and manufacturing have made the distribution of this kind of facilities limited to countries either booming economically or own superior technology.

However, the lack of resources and knowledge of techniques for these installations led to reluctance among architects to use offeredworking solutions despite the various adaptable properties of different variables.

At a larger scale, and therefore in a load bearing capacity, the use of elastic bodies is relatively rare, with the exception of flexible membrane structures.

The form of materials and their proportions are used in serving the idea of the movement, and impact of materials related directly to dynamics of structure system; the more flexible, lightweight materials are used, modulation flexibility increased and the link between the structural elements increases and continues which gives the opportunity to create sophisticated applications for the dynamic equilibrium.