This paper presents a new open-source structural analysis plugin for Grasshopper – RhinoRstab. The plugin bridges data between the worldwide established software: Rhinoceros3d and Dlubal RSTAB. The basic idea behind the approach is to create an interactive workflow between the architectural design on the one hand and a structural analysis tool on the other hand. In contrast to RhinoRstab, other analysis tools for Grasshopper predict the structural behavior independent of its structural capacity. 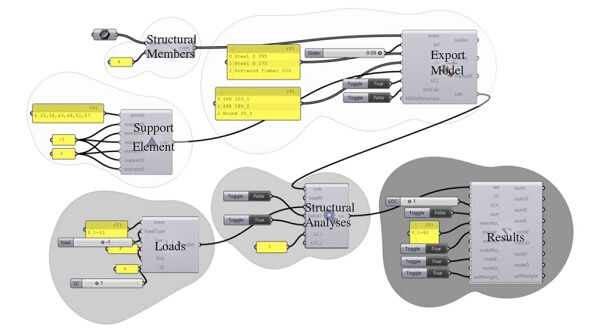 Thus, additional standalone software is necessary to verify the analysis of these plugins subsequently. To test the validity of this new tool, it is compared to a similar application, namely Karamba (a widely used structural analysis plugin for Rhinoceros/Grasshopper). Both tools are tested in different scenarios.

With regards to similar and already existing applications, the Rhino and Rhinoceros/Grasshopper communities offer different solutions for structural analysis. These plugins are able to be executed during the design process, providing a deeper understanding of the structural performance influenced by alterations of parametric design.

This structural observation has relevance, especially for complex structures such as the ones created by parametric modeling approaches. During the conceptual design phase, this observation is useful for a behavioral estimation and optimization of structural elements. Besides RhinoRstab one of the most popular parametric plugins is Karamba, which strength lies within the usage in an early design stage. Accurate structural calculations are required to verify the results subsequently.

In this further step, the structure is determined according to Building Codes, such as DIN, Eurocode, International Building Code, etc. Different researches show that additional, standalone structural analysis software is used to verify the results of Karamba. Furthermore in the later design stages of projects with a higher degree of complexity the usage of certificated programs in structural performing is required. 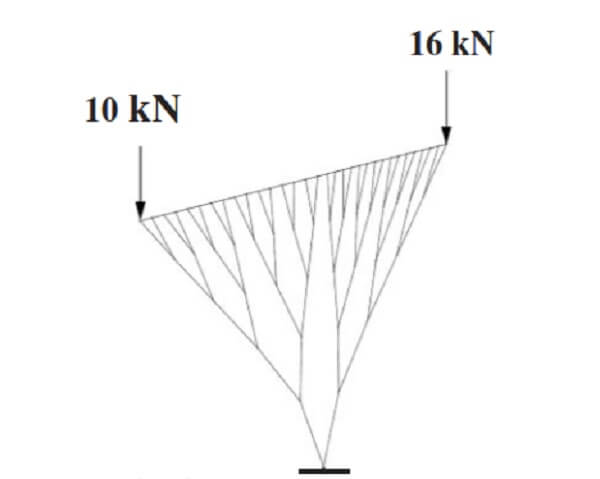 A direct connection between Grasshopper and verified structural analysis software such as RSTAB would therefore eliminate the need to verify the results in another standalone program and thus allow a more flexible usage throughout all design stages. As the structural design and the calculation happen within the same software environment, the possibility of straightforward structural optimizing is no longer limited to the early design stage but could influence more advanced design phases as well.

Linking the two software components would therefore result in more reliable design concepts already in early phases, more flexibility throughout all design stages, as well as a great reduction of time and workload for all project participants. In this paper, such a connection is established by a new plugin RhinoRstab. It provides a quantitative benchmark based on a structural analysis of spatial structures and discusses the advantages and disadvantages of the software plugins, RhinoRstab and Karamba.

The majority of structural analysis tools for Grasshopper is based on Finite Elements as RhinoRstab, Karamba, and Millipede. As well as RhinoRstab, all other calculation tools consist of common Grasshopper utility elements and are fully embedded in its friendly interface. The embedding into Grasshopper allows a direct link between the parametric model, the finite element calculator, and also optimization algorithm.

Derived from the notion to create a benchmark for RhinoRstab the plugin is compared with Karamba, following the basic function: specification of material and crosssection properties, support definition, first and second-order analysis, and result visualization methodology. Paragraphs 3 and 4 describe the benchmarking on spatial structures, which shows the detailed results.

RhinoRstab is an open-source developed plugin connecting RSTAB and Grasshopper3D through the RS-COM interface provided by Dlubal. To create an interactive workflow between these programs, the plugin is designed in such a way that the workspace is embedded in the Grasshopper environment. Using the convenience of a visual programming language, the whole structural analysis process such as support definition, force application, and the actual calculation can be controlled in Grashopper3D without switching between programs. Forming the RhinoRstab-plugin, it is separated into different components.

One of the three major members is the export tool, which transfers the parametric model from Rhinoceros to RSTAB including specifications of the structural members regarding support conditions, material, and cross-section. Another main component is the analysis tool. Exporting the load definition to RSTAB, the tool starts the structural analysis and imports the outputs back to Rhino. The result component provides the choice of visualizing different analysis results such as the deformation, internal forces, and support reactions.

The functions of RSTAB provide, among other things, dimensioning tools for each building material and thus are usable for the verification of the results. a single or all load cases. This load treatment is rather unfortunate in proper structural analyses, as it presents an important part of the general analysis.

Concerning the numerical comparison of the software, it shows that both programs create different results. Though the structural analysis of the plugins provides in general similar results. Comparing both programs the results of RhinoRstab were customized to the resulting output of Karamba.

Another great difference lies in the runtime of both plugins. Karamba performs faster than RhinoRstab and is therefore very suitable for quick alterations, such as those performed in optimization processes. Whereas the strength of Karamba lies within the runtime, the advantage of RhinoRstab is the quality of the analysis. RhinoRstab provides large object libraries and allows very detailed settings concerning structural analysis and result visualizations. 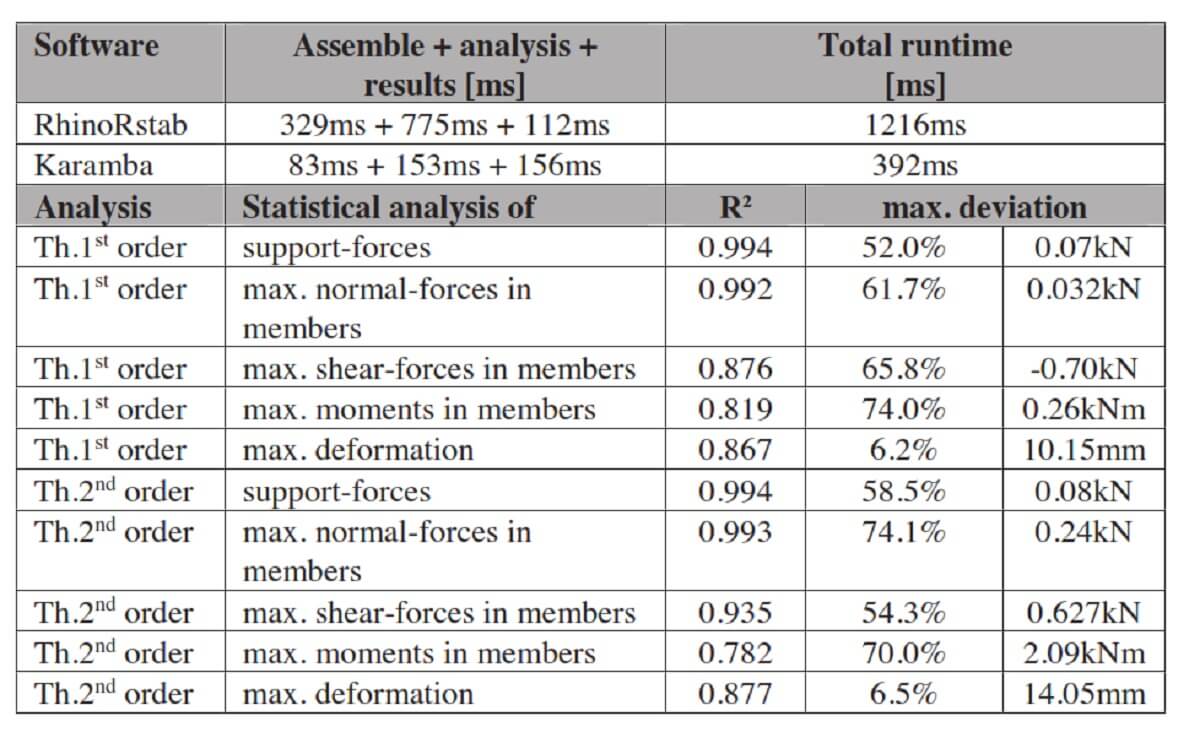