Achieving Sustainable Urbanism through Architectural Education: A Move Back to a Learning-by-Doing Pedagogy

Sustainable urbanism is strongly related to the ability of modern educational systems to train autonomous learners who can contribute positively to their built environment.

This study investigates using a spatial installation project on the ability of fourth-year architecture students to understand and recall complex philosophical ideas related to architecture and urbanism.

The study is based on two experiments of term projects assigned to students in the academic years 2017–18 and 2018–19. The first experiment was followed by a survey and the second was followed by interviews and focus groups.

The results showed that the students’ involvement in the hands-on project increased their curiosity and enhanced their ability to understand complex philosophical ideas related to architecture and urbanism. 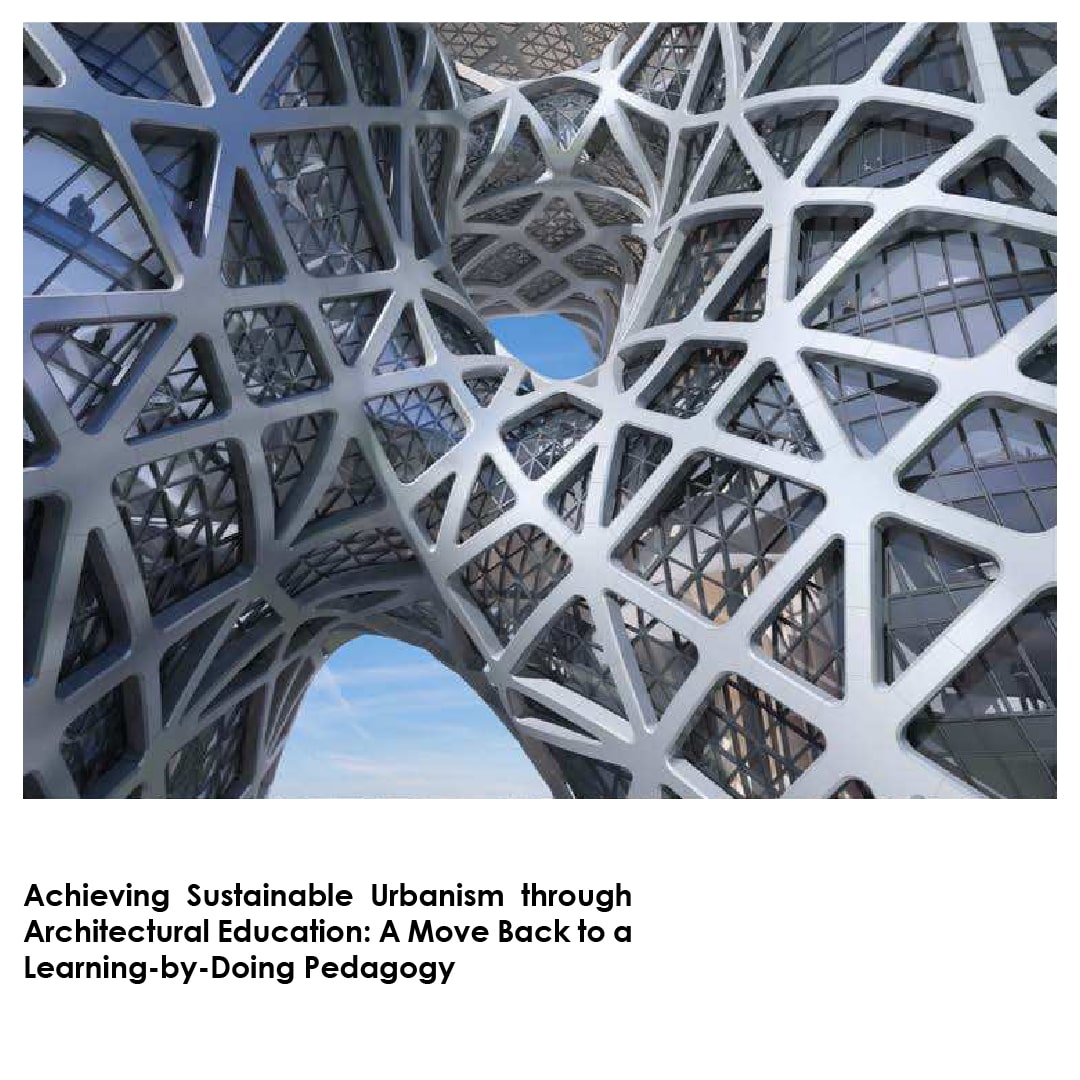 Having to work in groups to achieve the objectives of the course via designing and constructing a space helped also in developing the student’s soft skills and their ability to cognise the technical requirements of the design.

Architectural education has been separated from site operations and real-life struggles since the establishment of the architecture studio-training program at the School of Fine Arts in France at the beginning of the nineteenth century.

The informal transfer of knowledge from master to student that shaped architectural training in the eighteenth century was disrupted. 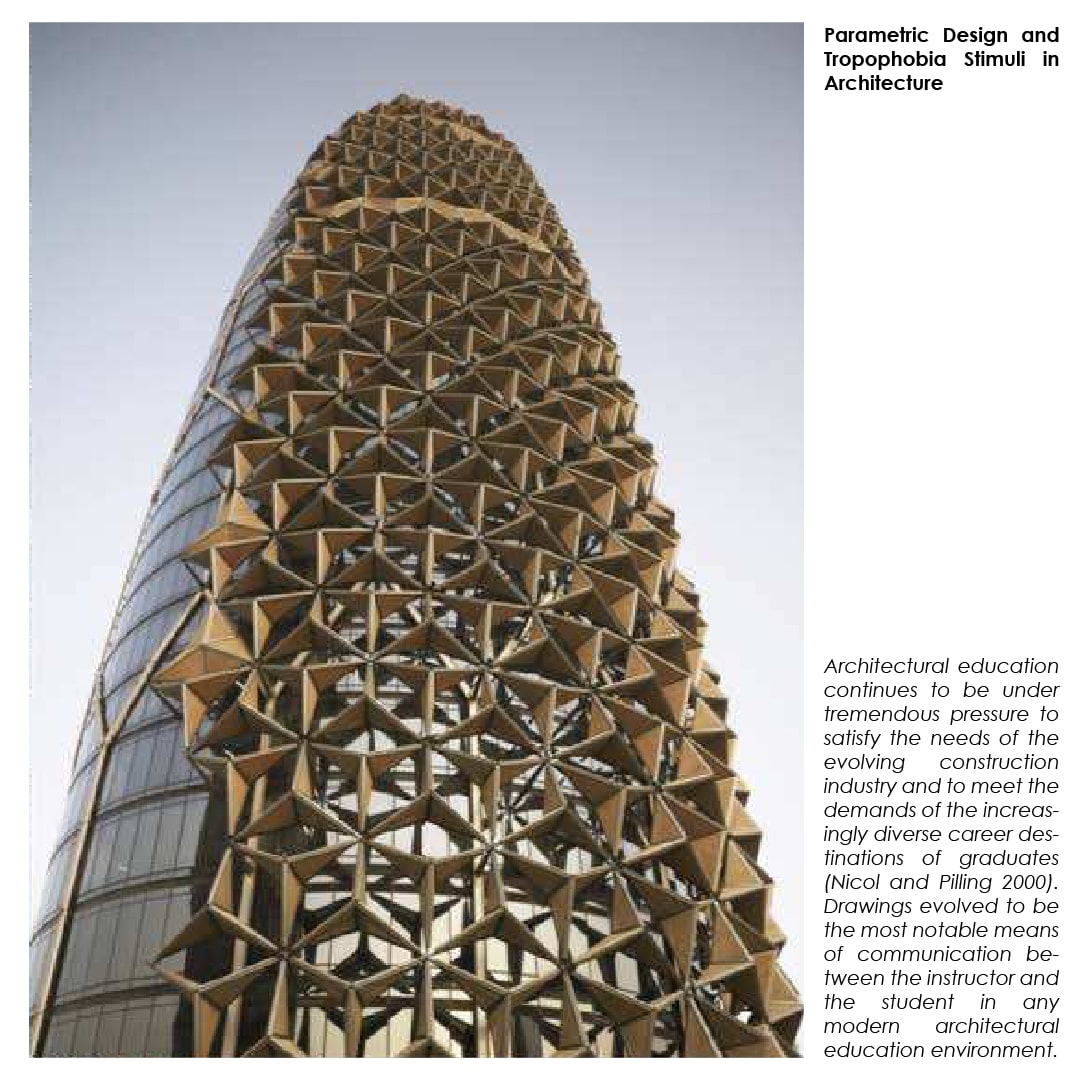 Today, architecture students are taught in classrooms and are trained to take a consultation and supervision role upon graduation rather than being part of a team.

Students are assessed individually, rather than for their ability to work in groups and deliver tasks with the help of others.

The realization of architectural communication skills is now dependent on student’s ability to graphically represent ideas rather than the ability to build, listen, and negotiate projects with various stakeholders. 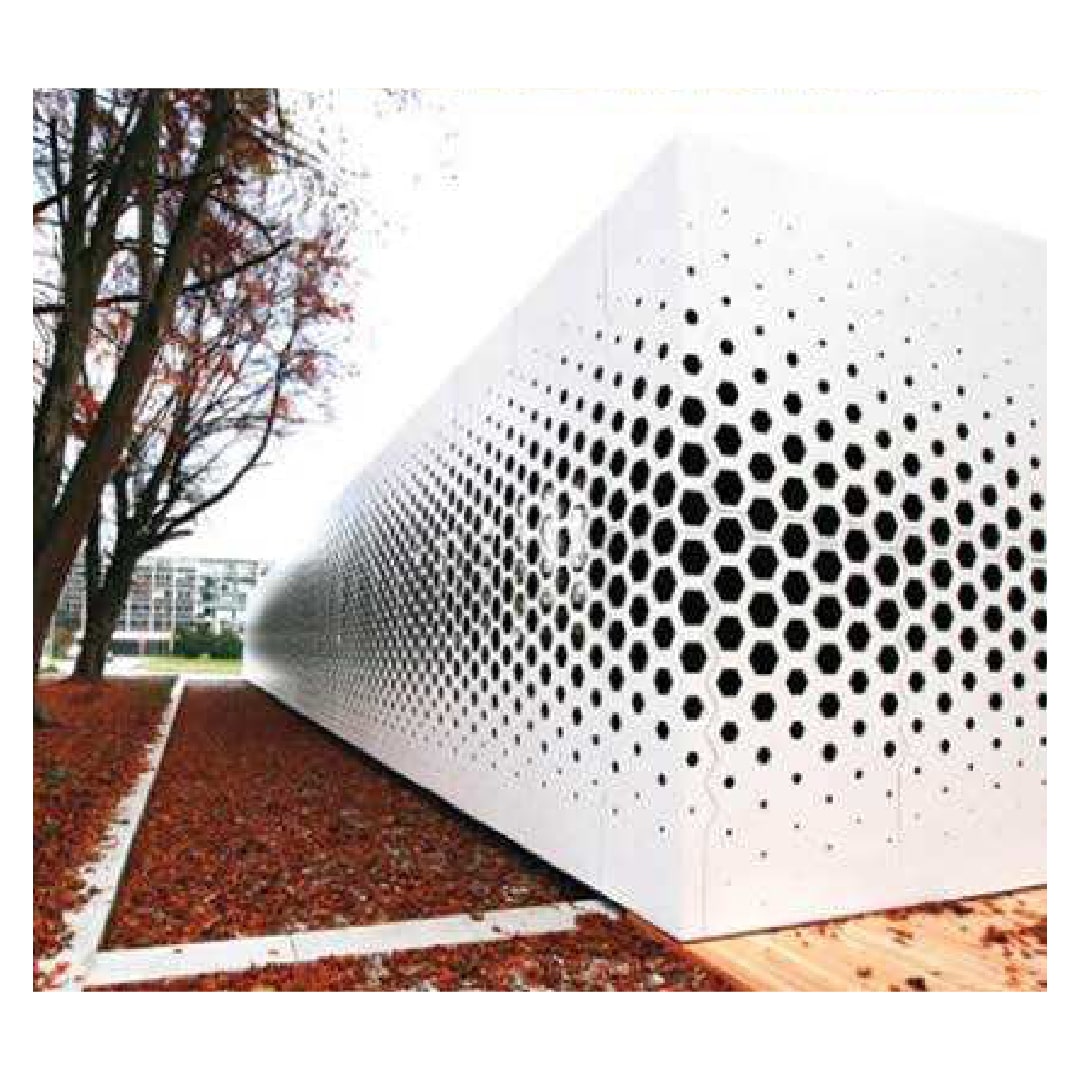 The term “Architectus” during the time between the Roman civilization and the renaissance bore a different meaning to what we now understand the architect to be. Architects worked as creators amongst other artisans until the fourteenth century.

Historically, young men learnt the important skills of the trade by shadowing an experienced professional on real projects for real clients on real sites. 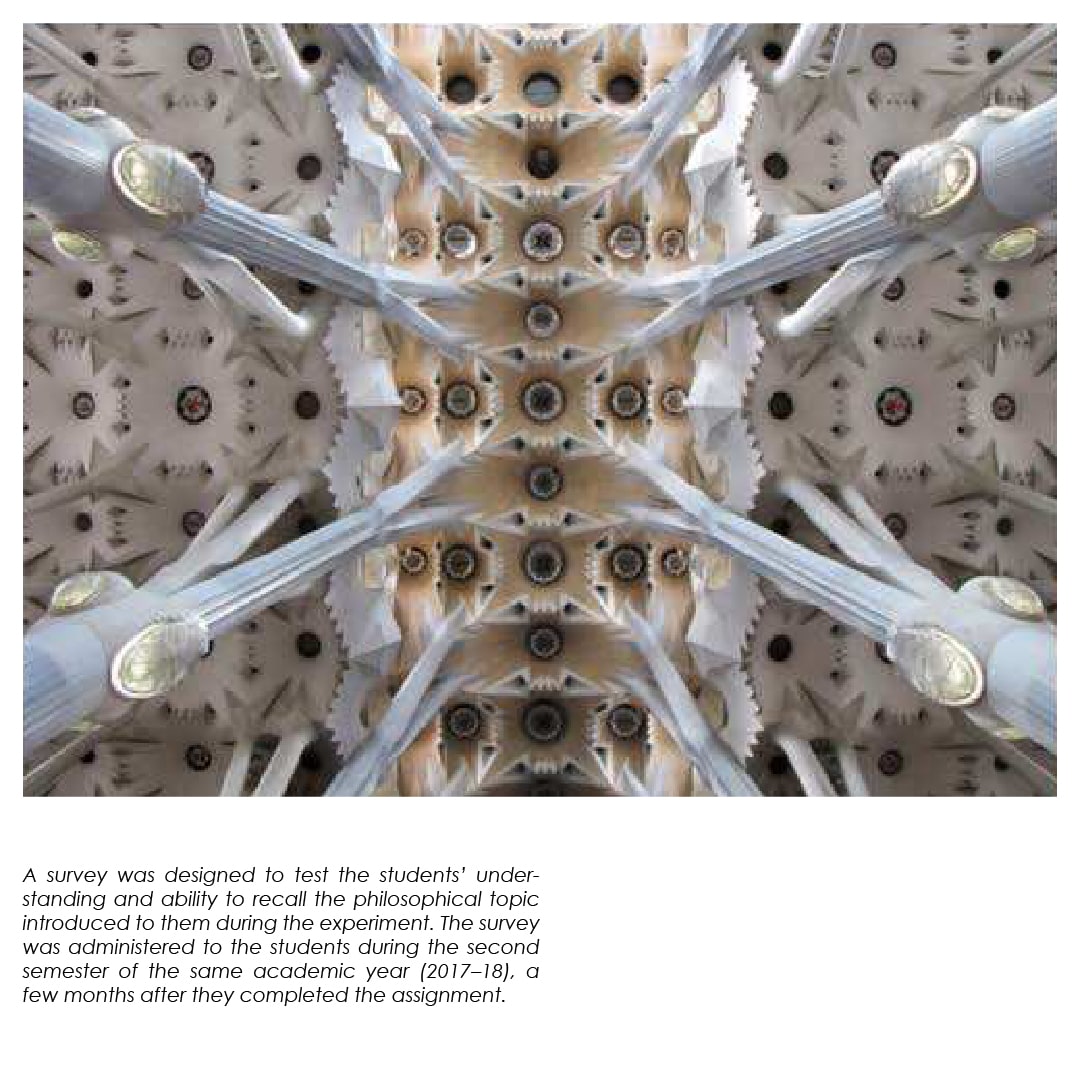 As skills were attained, the responsibility of the apprentice would grow. Business relationships are founded and strengthened throughout the multiple years of training allowing the young professional to take up a senior position in their master’s business or establish their own. 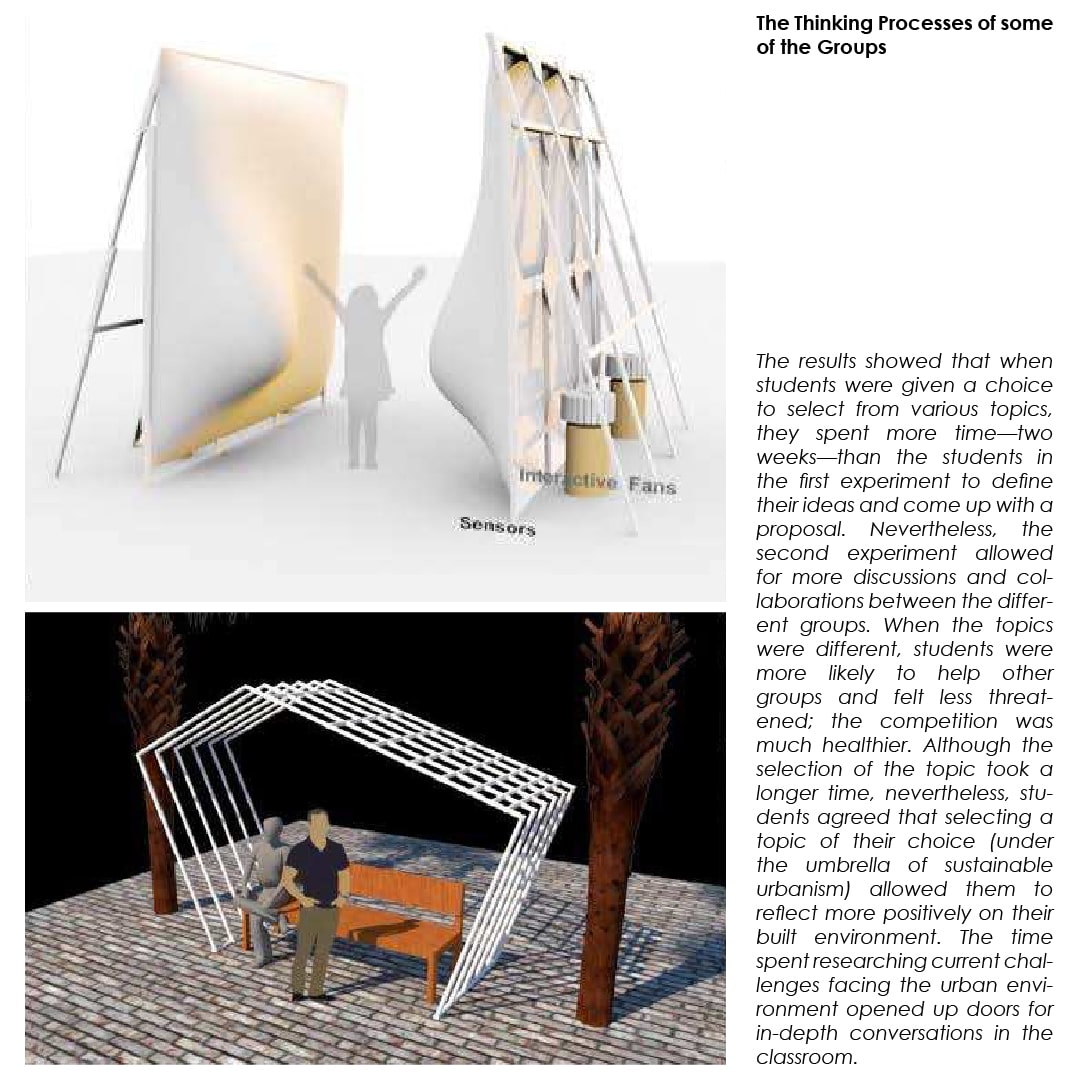 During the Italian Renaissance, drawing abilities grew allowing architects to remove themselves from the site operations and take on a consultation and supervision role.

The informal transfer of skills from master to student gradually diminished, and the site-dependent practice of teaching architecture was disturbed. 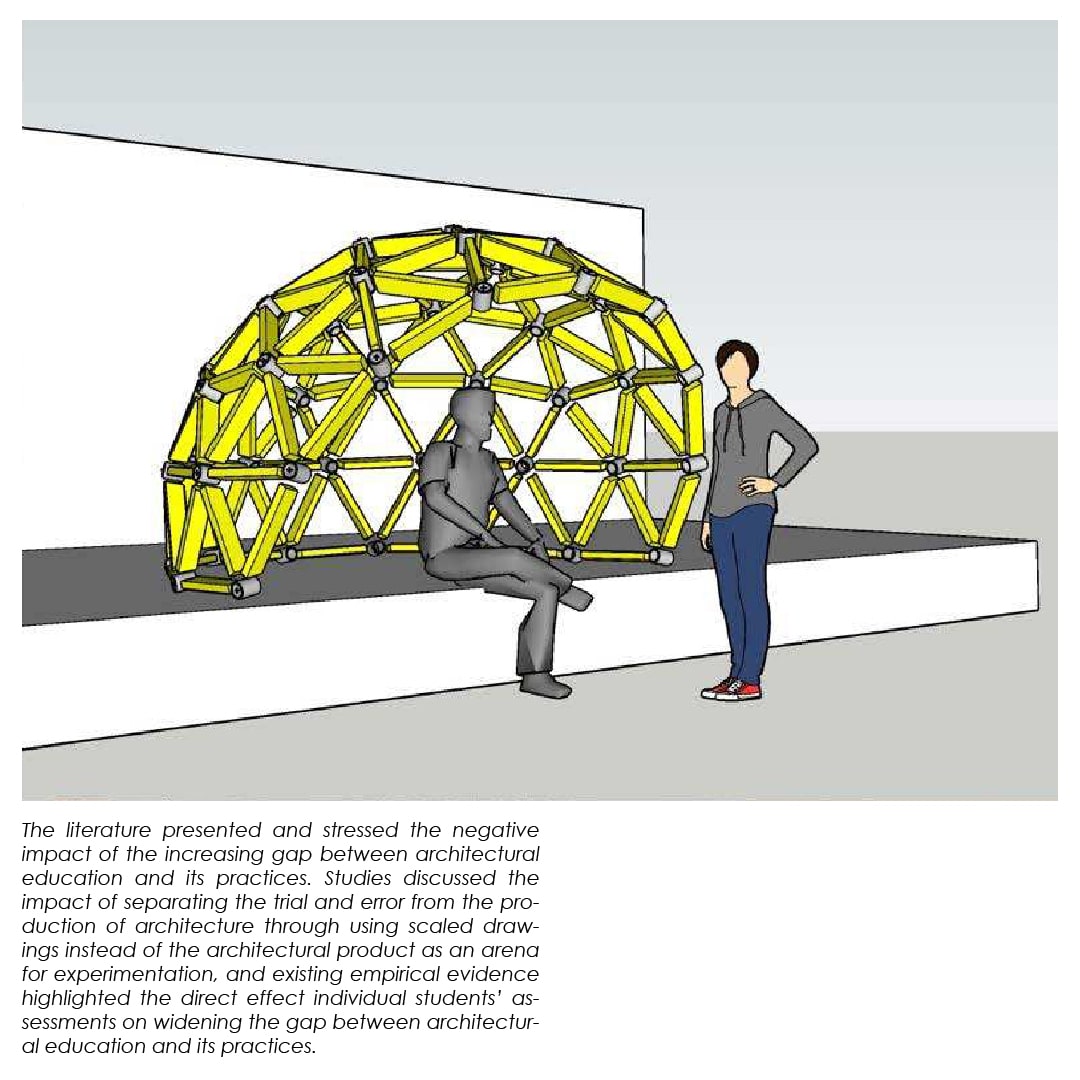 Design and Build as an alternative teaching method emphasises an instinctual approach based on the interaction of the student with the material world and the creative impacts of manual labour.

This methodology meets the needs of students who respond well to active learning pedagogy and re-engages a generation of students who are dependent on drawings as a tool for communicating their design ideas with the materiality of things.

Students in the Design and Build approach learn by “making things,” and the assessment of the resulted projects necessitates that assessor re-examine their definition of excellence in architectural education.