The Archimedean is a ten-point-five-meter-long, six-meter-wide and three-point-five-meter high pavilion, which was installed on the wooden platform between the schools of Architecture and Building Engineering in the University of Seville (Spain). The origin of this work lies on the combination of geometric research and teaching innovation, with the intention to carry out a generative model to be used as an Architectural Geometry exercise for both schools’ students. 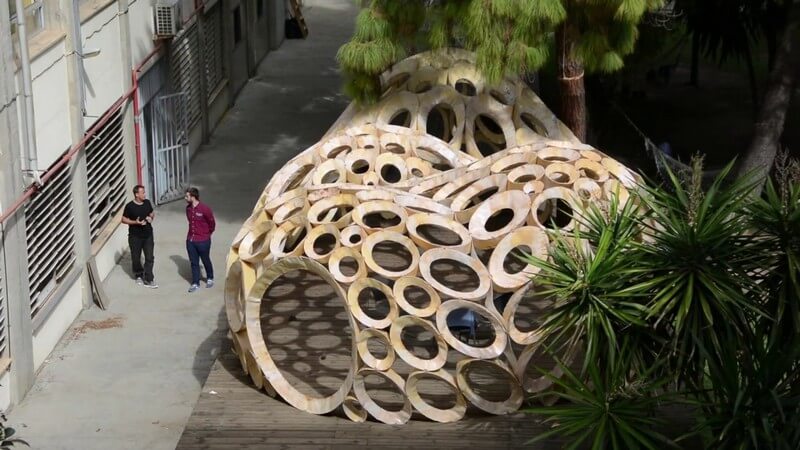 The starting point for this project is the projective interpretation, already made by professor Gentil-Baldrich (Gentil Baldrich, 1997), about the proposition 12 stated by Archimedes of Syracuse (287-212 B.C.) in his work “On Conoids and Spheroids” (Archimedes, 1897). That came to say that the planar section of a paraboloid of revolution, produced by a plane neither parallel nor perpendicular to the axis, is an ellipse. 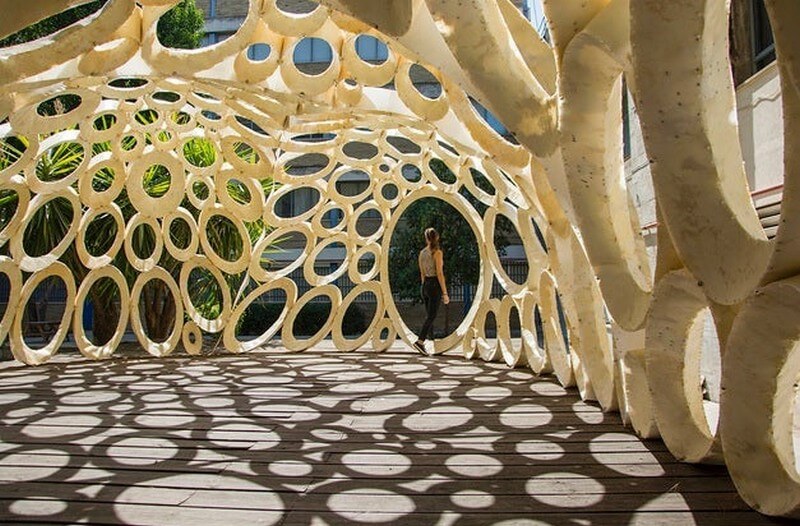 And that the minor axis of the ellipse is equal to the perpendicular distance between the two lines, parallel to the axis of the paraboloid, which pass through the extremes of the major axis. This is just a particular case of a generalised theorem affecting all quadrics of revolutions generated around the axis containing the foci (Martin-Pastor, Narvaez-Rodriguez, & Hernandez-Macias, 2016). 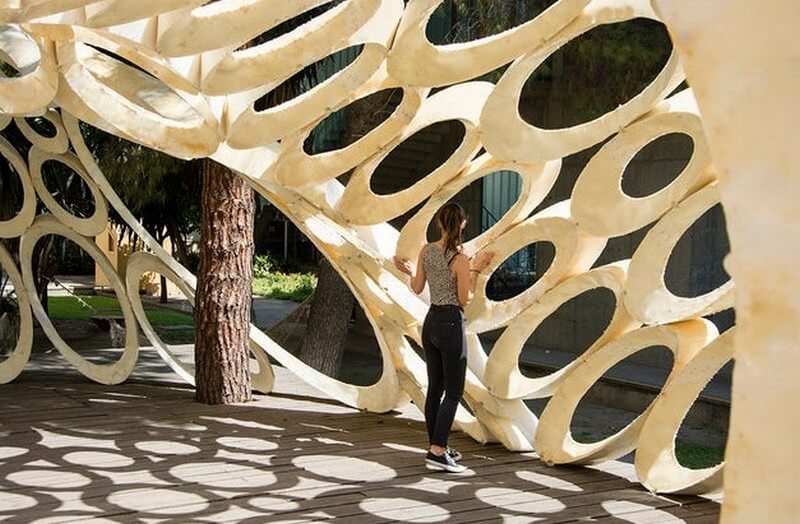 Working on that concept to discretise rotational parabolic surfaces, the Archimedean Pavilion was originally conceived as an exploration of the different spaces generated by four rotational paraboloids under certain conditions with variable position, orientation and parameter. Therefore the result is a single space enclosed by 4 fractions of rotational paraboloids, which can be discretised by using the aforementioned projective interpretation. 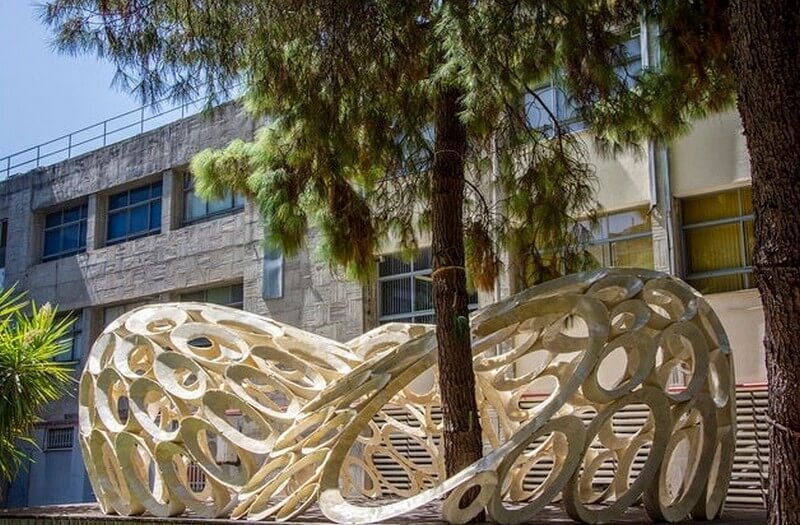 The main problem laid on how to materialise the elliptical rings with enough stiffness to generate a kind of porous rigid shell for every paraboloid. The solution chosen, among the infinite possibilities, was based on lightweight conical components (Narvaez-Rodriguez & Barrera-Vera, 2016), which resulted in an very efficient method compare to alternative solutions based on rigidifying the rings by thickening the boundary, since the amount of needed material is about twenty times lower to provide the same rigidity. 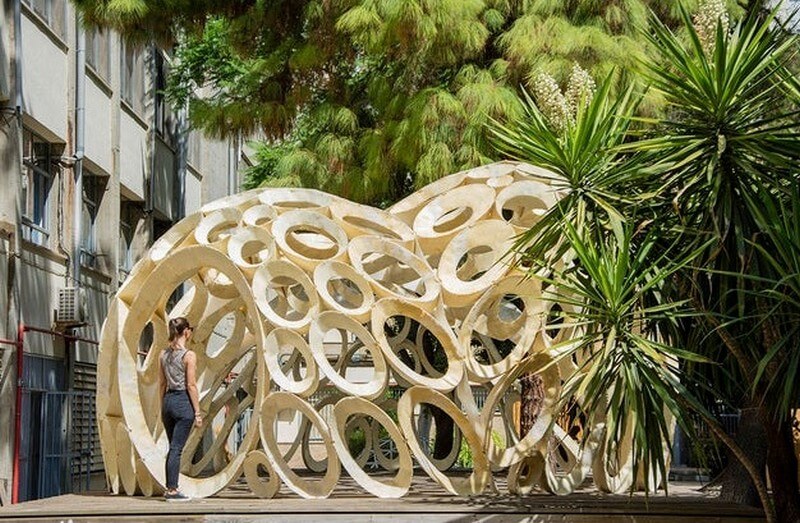