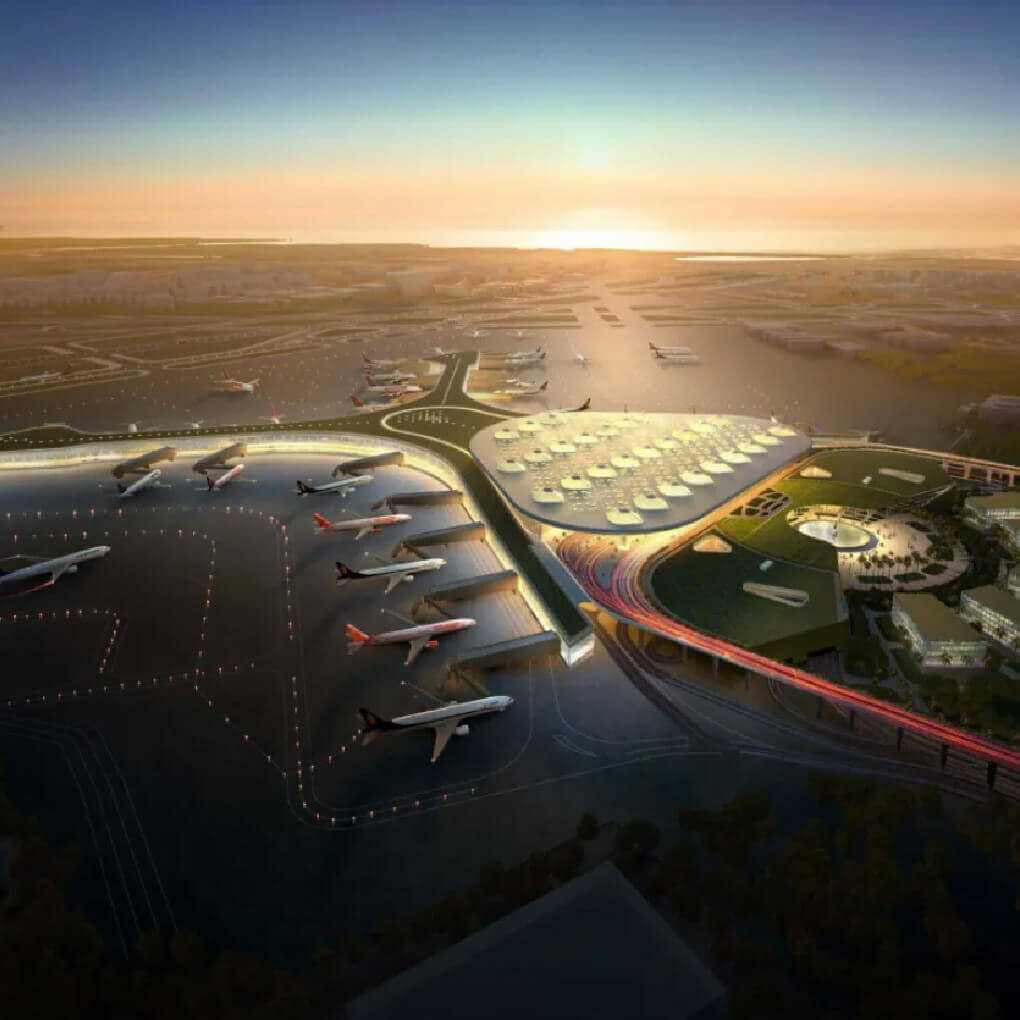 Ten years ago, Mumbai’s Chhatrapati Shivaji International Airport welcomed six million passengers per year through its gates; today it serves nearly five times that number. With the city’s emergence as India’s financial capital and the country’s rapidly expanding and economically mobile middle class, the existing airport infrastructure proved unable to support the growing volume of domestic and global traffic, resulting in frequent delays. By orchestrating the complex web of passengers and planes into a design that feels intuitive and responds to the region’s rocketing growth, the new Terminal 2 asserts the airport’s place as a preeminent gateway to India. 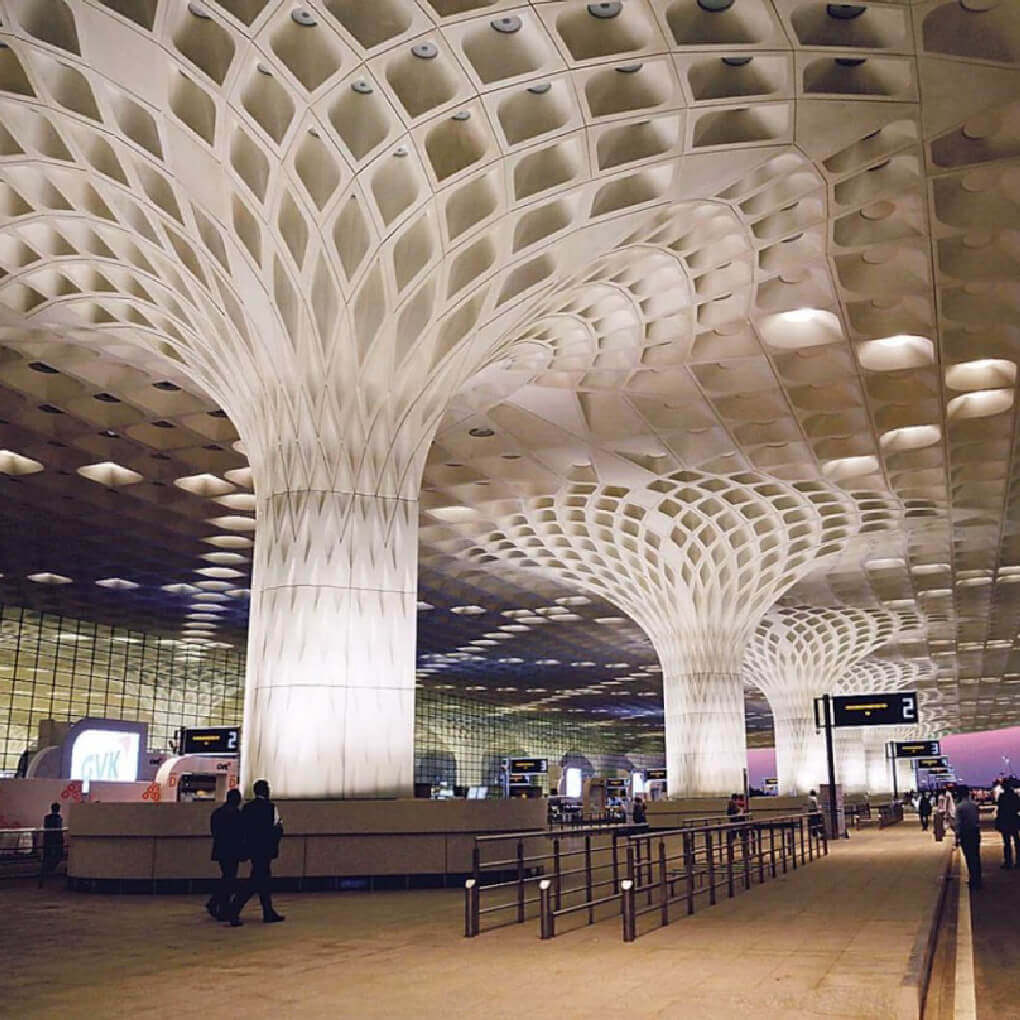 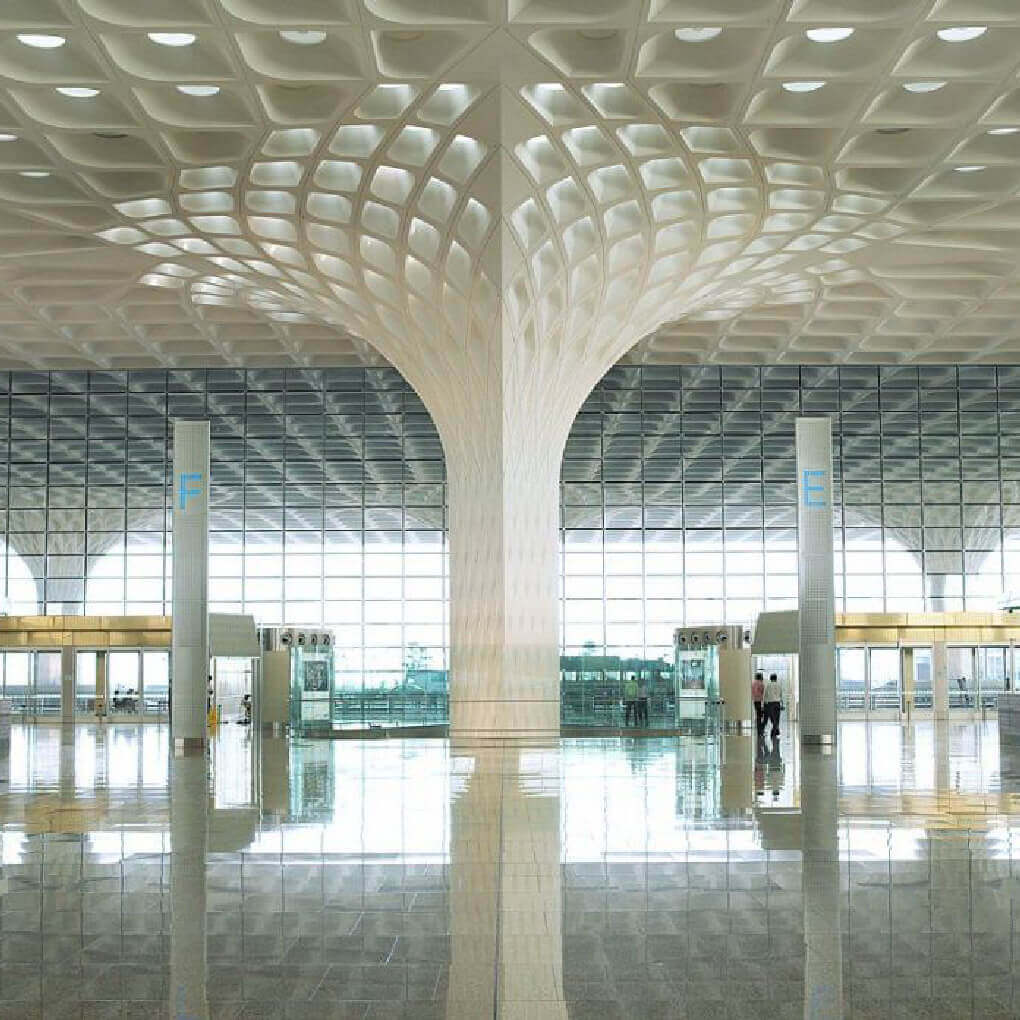 But just as the terminal celebrates a new global, high-tech identity for Mumbai, the structure is imbued with responses to the local setting, history, and culture. Gracious curbside drop-off zones designed for large parties of accompanying well-wishers accommodate traditional Indian arrival and departure ceremonies. Regional patterns and textures are subtly integrated into the terminal’s architecture at all scales. From the articulated coffered treatment on the headhouse columns and roof surfaces to the intricate jali window screens that filter dappled light into the concourses, Terminal 2 demonstrates the potential for a modern airport to view tradition anew.