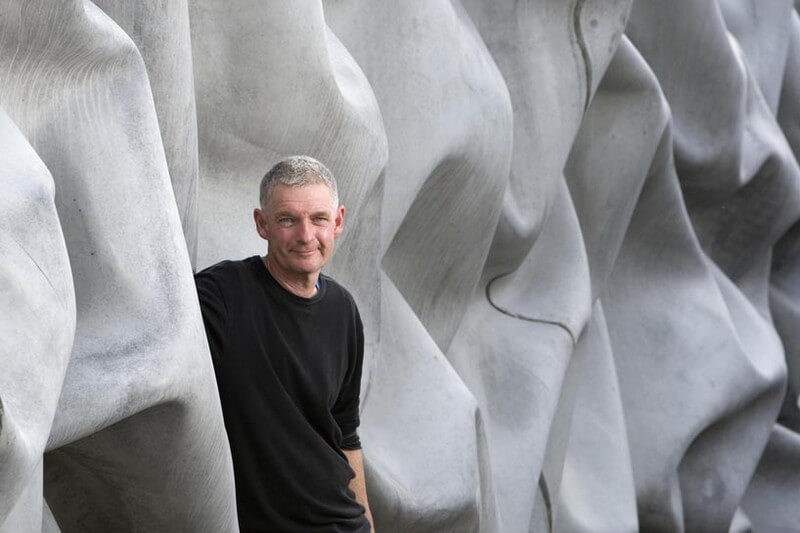 The British artist Walter Jack, the founder of Walter Jack studio, presented a truly dynamic installation, ‘Crushed Wall’, which is situated at the entrance of the heartlands project in Cornwall, UK. The sensual 40-metre long, 3-metre high wall installation utilizes concrete material in such a way that it appears soft and malleable, partially wrapping around the perimeter of the building. The installation brings life to this dead material and adds a new dimension to it. 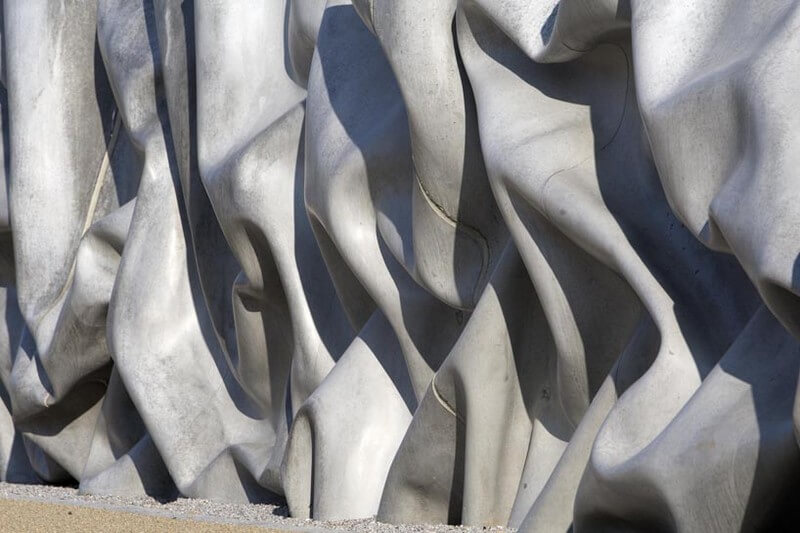 Artist Walter Jack considered geology And process. Heartlands sits over a very special geology. C19th miners dug an astonishing 1000 metres down through granite to extract tin ore. This is one of the hidden stories that Heartlands will celebrate. When he was asked to design a retaining–wall the geological connection seemed serendipitious. Retaining walls hold back the geology. They are the boundary between our above-ground world and the world of mining. 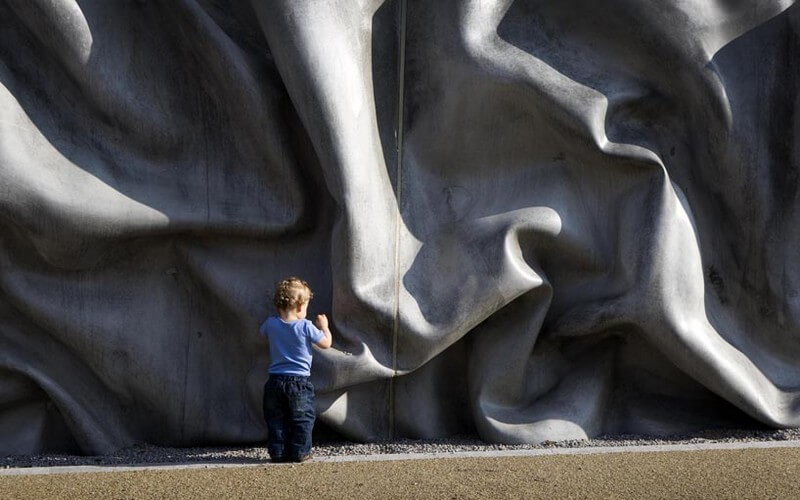 One of the things that interests him as a maker is the way in which made things are so much duller than the processes that got them there. Concrete is not noted for its fluid softness. And yet it is a liquid. He wanted the concrete to tell its own story – to retain the liquidness of its process. 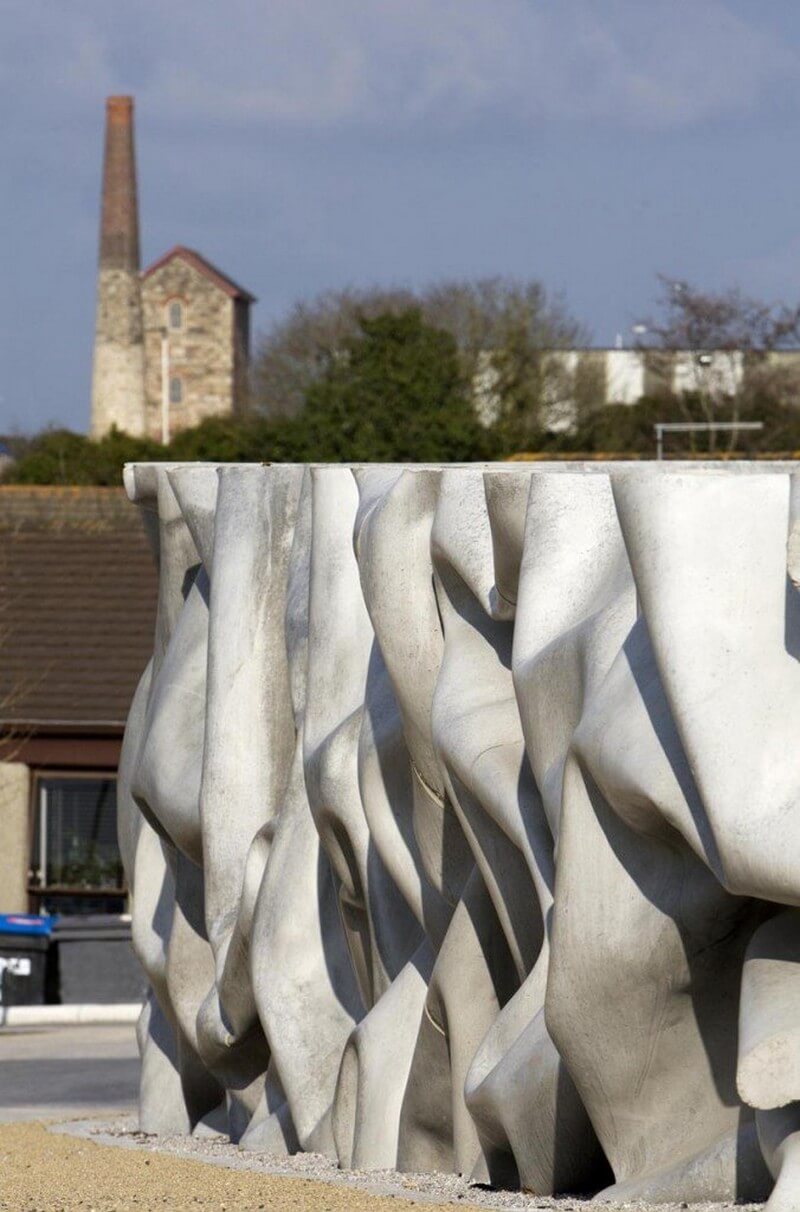 He started with a sheet of rubber, some plywood and a cement mixer. The final shutter was built in one piece – using a single sheet of rubber 40m long and 4 metres high – a tonne of rubber sheet. The wall needed more height at one end – so the rubber pretty much hangs like a curtain at that end. At the lower end 4 metres of rubber is crumpled down to 1.5 metres. The wall seems to change in mood – as well as shape. It became much stormier at the low end! Once the shape was formed the shutter was carefully cut into six pieces. 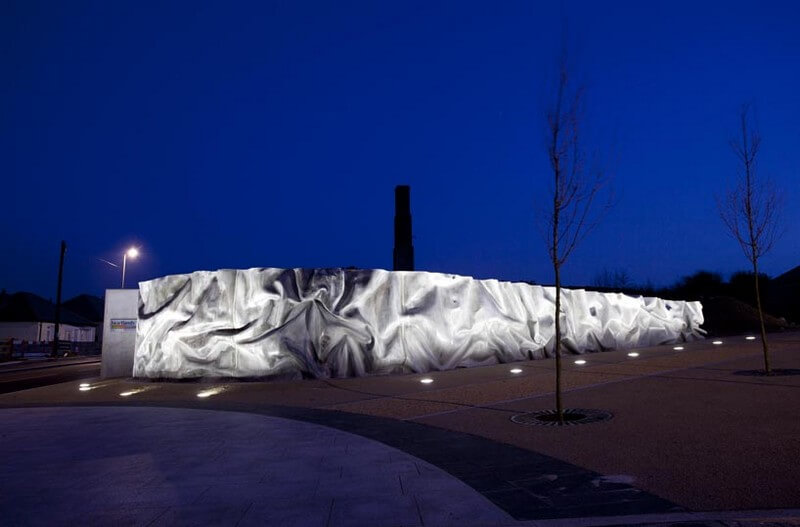