The bacterial flagellum has become an iconic example of the evidence against modern Darwinian theory as well as the evidence for intelligent design. Stephen Meyer, Scott Minnich and others scientists and scholars explore the facts about this amazing piece of nanotechnology, first made famous by biologist Michael Behe when he coined the phrase irreducible complexity. The bacterial flagellum is made up of the protein flagellin. Its shape is a 20-nanometer-thick hollow tube. It is helical and has a sharp bend just outside the outer membrane; this “hook” allows the axis of the helix to point directly away from the cell. A shaft runs between the hook and the basal body, passing through protein rings in the cell’s membrane that act as bearings. Gram-positive organisms have two of these basal body rings, one in the peptidoglycan layer and one in the plasma membrane. Gram-negative organisms have four such rings: the L ring associates with the lipopolysaccharides, the P ring associates with peptidoglycan layer, the M ring is embedded in the plasma membrane, and the S ring is directly attached to the plasma membrane. The filament ends with a capping protein. The flagellar filament is the long, helical screw that propels the bacterium when rotated by the motor, through the hook. 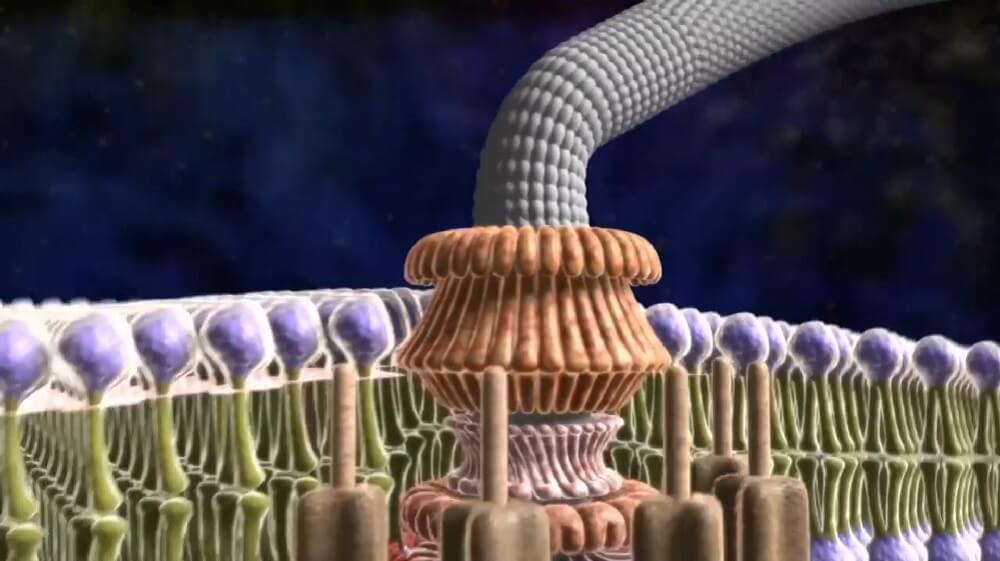 The bacterial flagellum is driven by a rotary engine (Mot complex) made up of protein, located at the flagellum’s anchor point on the inner cell membrane. The engine is powered by proton motive force, i.e., by the flow of protons (hydrogen ions) across the bacterial cell membrane due to a concentration gradient set up by the cell’s metabolism (Vibrio species have two kinds of flagella, lateral and polar, and some are driven by a sodium ion pump rather than a proton pump). The rotor transports protons across the membrane, and is turned in the process. The rotor alone can operate at 6,000 to 17,000 rpm, but with the flagellar filament attached usually only reaches 200 to 1000 rpm. The direction of rotation can be changed by the flagellar motor switch almost instantaneously, caused by a slight change in the position of a protein, FliG, in the rotor. The flagellum is highly energy efficient and uses very little energy. The exact mechanism for torque generation is still poorly understood. The cylindrical shape of flagella is suited to locomotion of microscopic organisms; these organisms operate at a low Reynolds number, where the viscosity of the surrounding water is much more important than its mass or inertia. The rotational speed of flagella varies in response to the intensity of the proton motive force, thereby permitting certain forms of speed control, and also permitting some types of bacteria to attain remarkable speeds in proportion to their size. 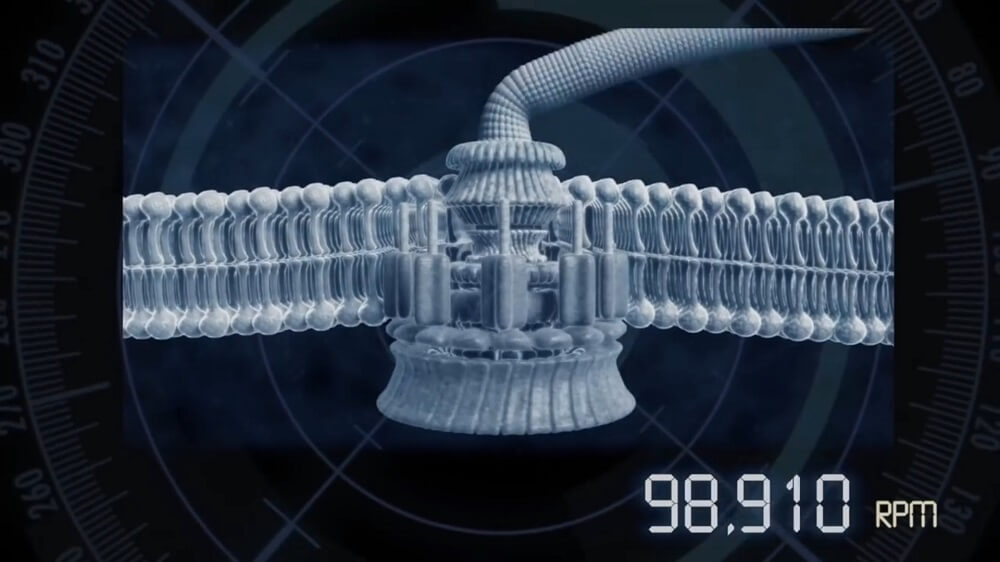 Some authors have argued that flagella cannot have evolved, assuming that they can only function properly when all proteins are in place In other words, the flagellar apparatus is “irreducibly complex”. However, many proteins can be deleted or mutated and the flagellum still works, though sometimes at reduced efficiency. In addition, the composition of flagella is surprisingly diverse across bacteria, with many proteins only found in some species, but not others. Hence, the flagellar apparatus is clearly very flexible in evolutionary terms and perfectly able to lose or gain protein components. For instance, a number of mutations have been found that increase the motility of E. coli. Additional evidence for the evolution of bacterial flagella includes the existence of vestigial flagella, intermediate forms of flagella and patterns of similarities among flagellar protein sequences, including the observation that almost all of the core flagellar proteins have known homologies with non-flagellar proteins. Furthermore, several processes have been identified as playing important roles in flagellar evolution, including self-assembly of simple repeating subunits, gene duplication with subsequent divergence, recruitment of elements from other systems (‘molecular bricolage’) and recombination. 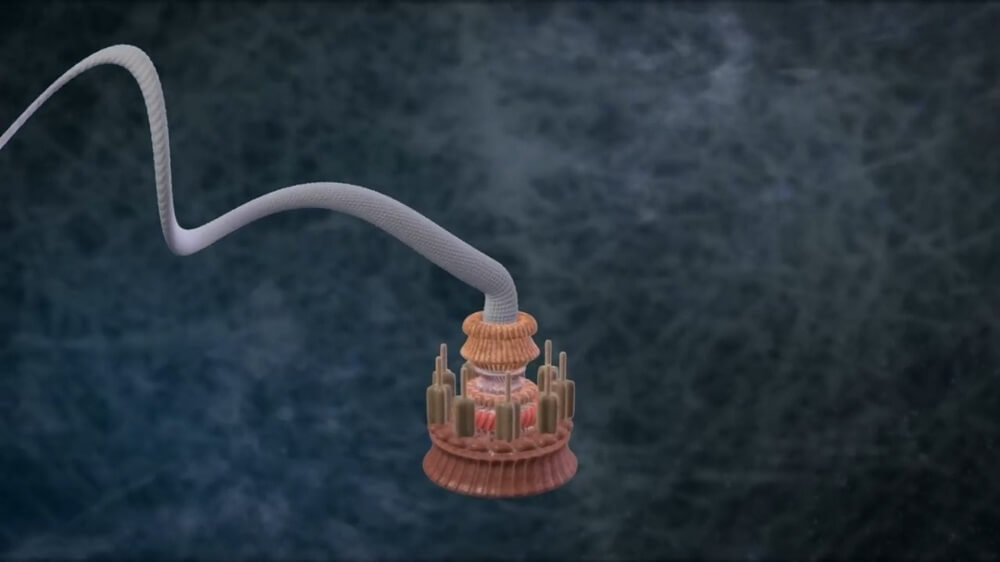