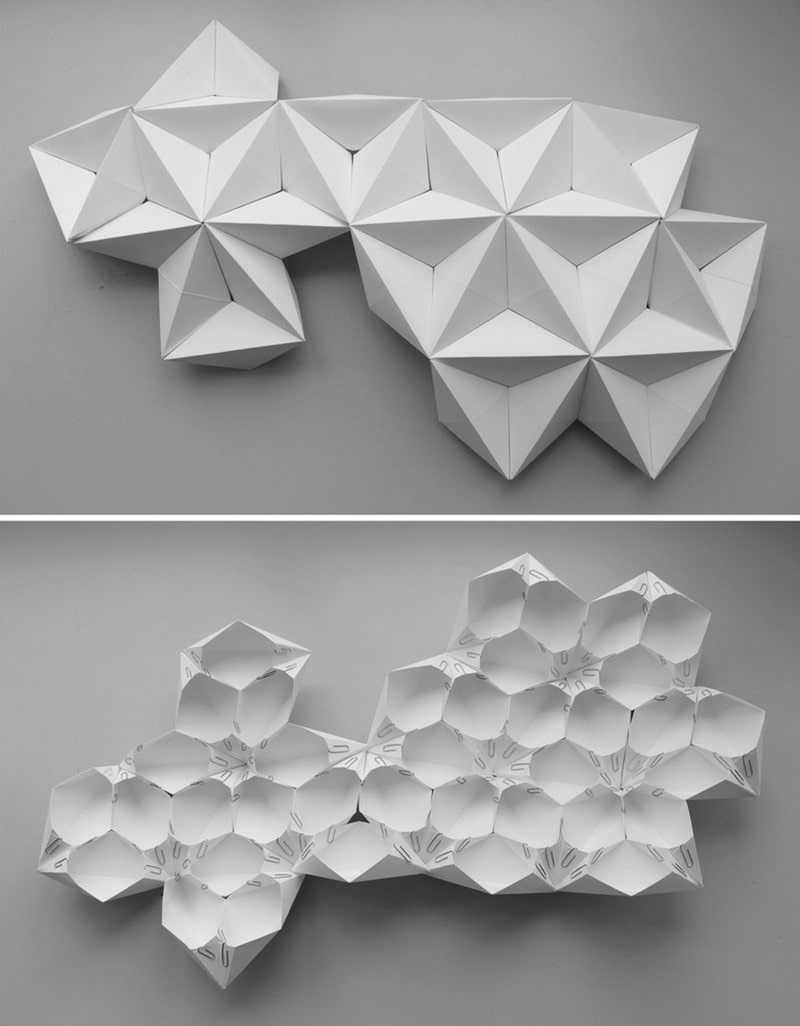 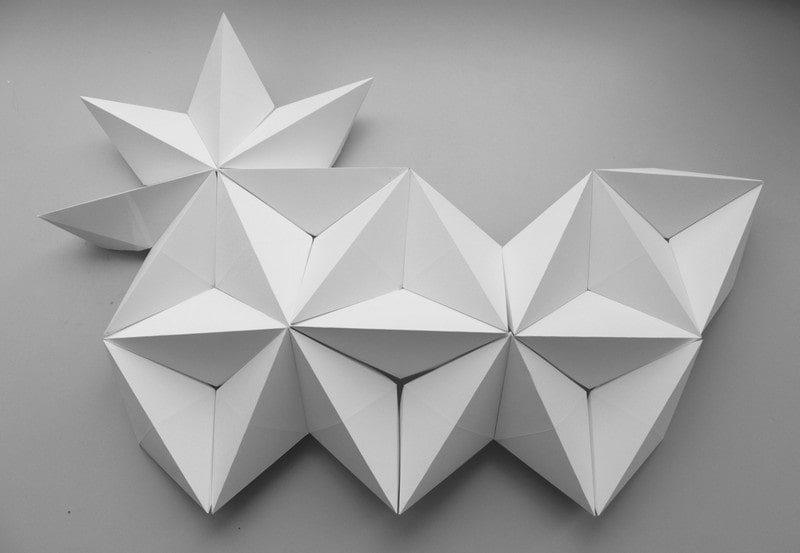 Thanks to the flexibility granted by their folded nature, parts of the structure could be manipulated (i.e. opened and closed) resulting in an interesting dynamic effect. This interactive dimension invited audience participation and allowed the installation to mutate and present itself differently each day of the event. 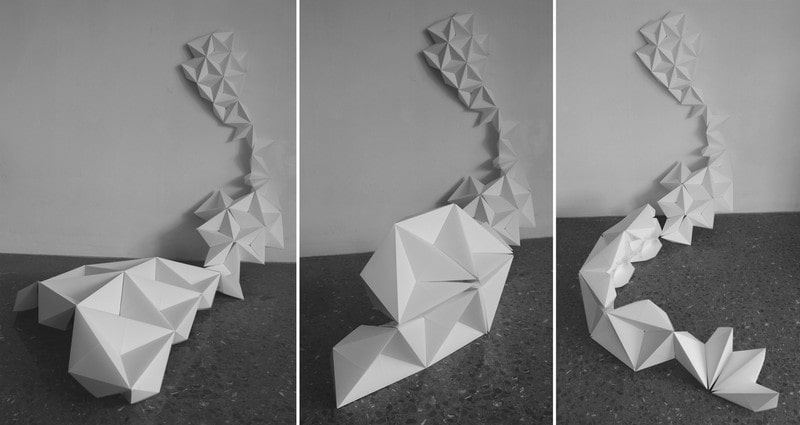 The backbone shape was built in a way to give the opportunity to the visitors to interact with it by folding a single module and attaching it to the structure. 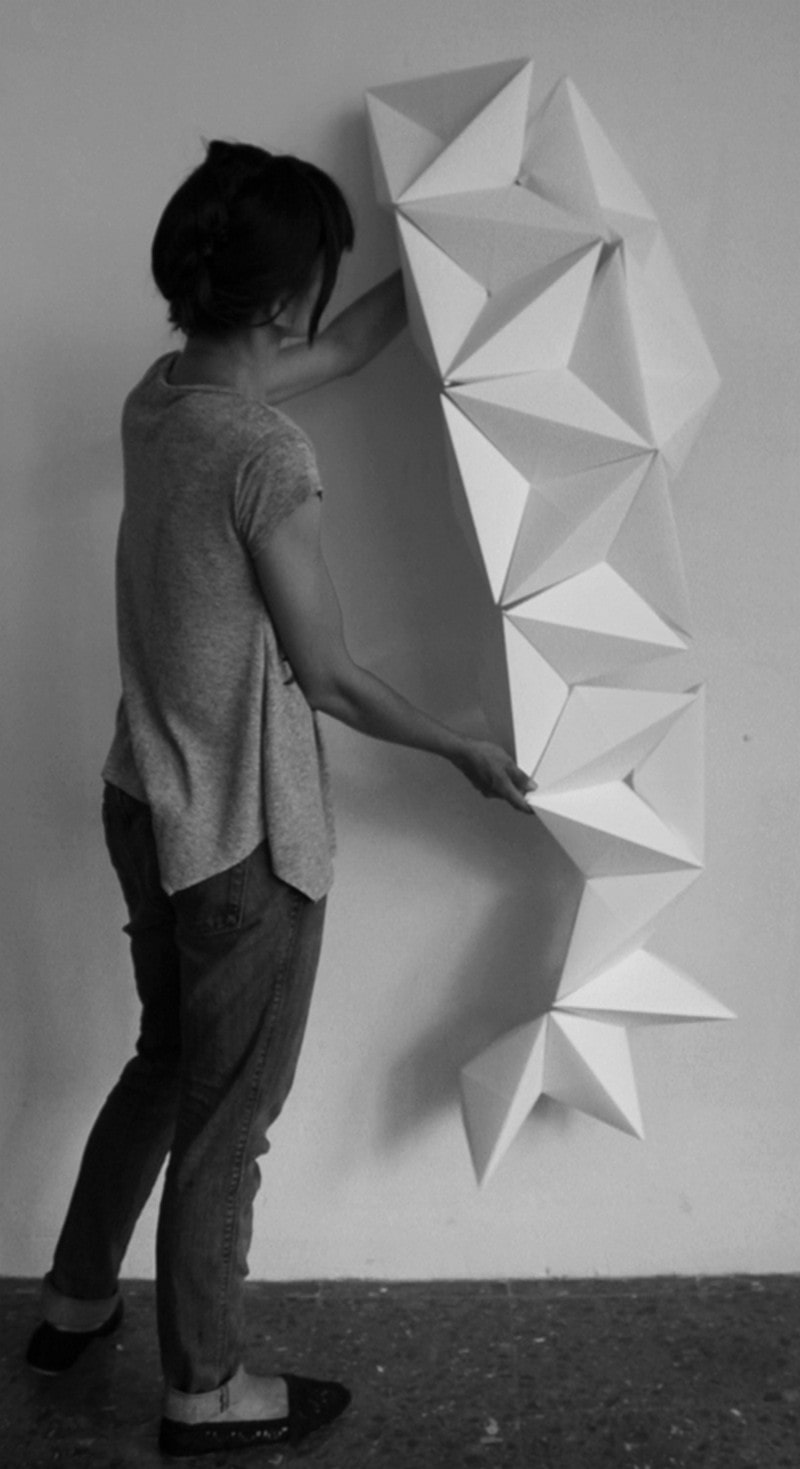 Fold It Up! won an exhibition space in the Project Spaces 2014 competition and was presented on the festival Tent London 2014 during Design Week London in September 2014. 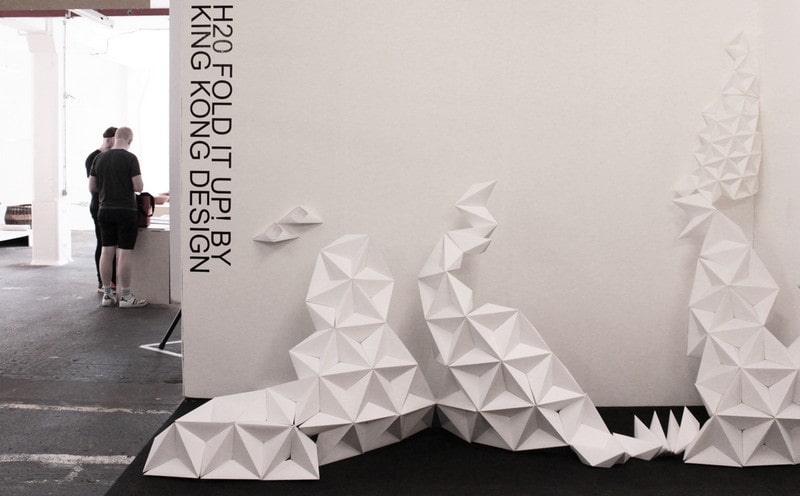