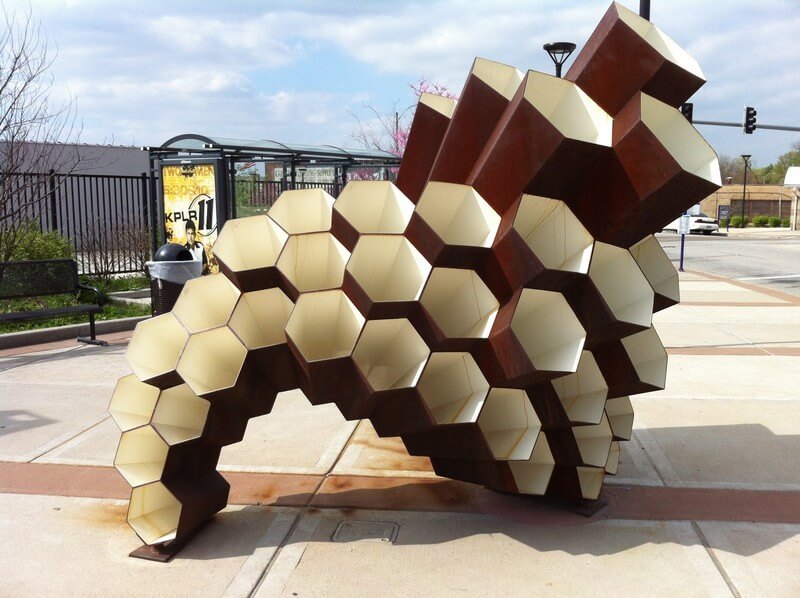 The concept of the beehive and its honeycomb structure is the basis for the overall form of the sculpture Hive by Janet Lofquist. As an understood symbol for the collective spirit of the community, it has a cultural, political and religious history. Starting out as a beehive shape, the hexagonal geometry transitions into a spiral of growth and ends in an abstracted question mark. 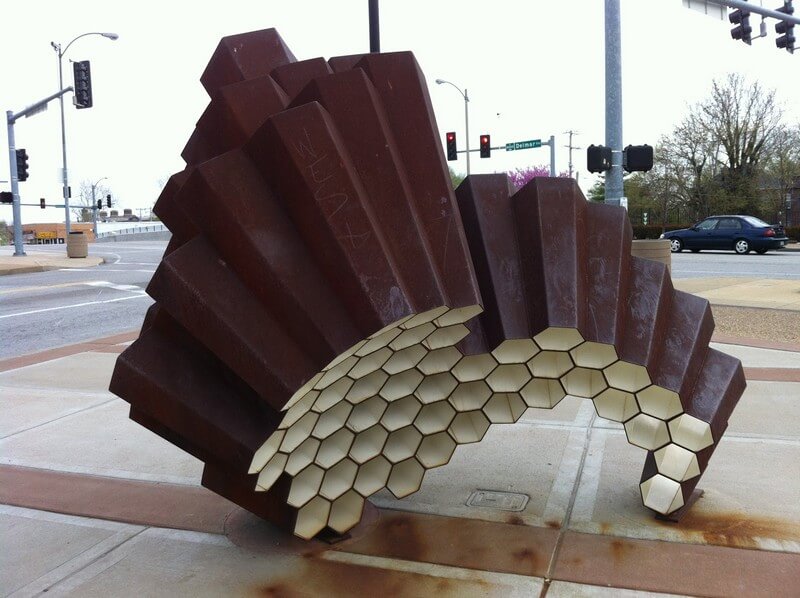 Multifaceted hexagonal “lenses” project outward to create a compound, rather than singular, vision of the city.  Constructed out of Cor-ten steel, Hive suggests an industrial past.  The inside of each hexagonal cell is painted white, its purity contrasting with the aged patina of weathering steel.  In a formal dialogue with the site, the dynamic form changes and evolves as one walks around or drives by the piece. The color and texture of the work is intended to create a relationship with the turn-of-the-century architecture in the neighborhood. 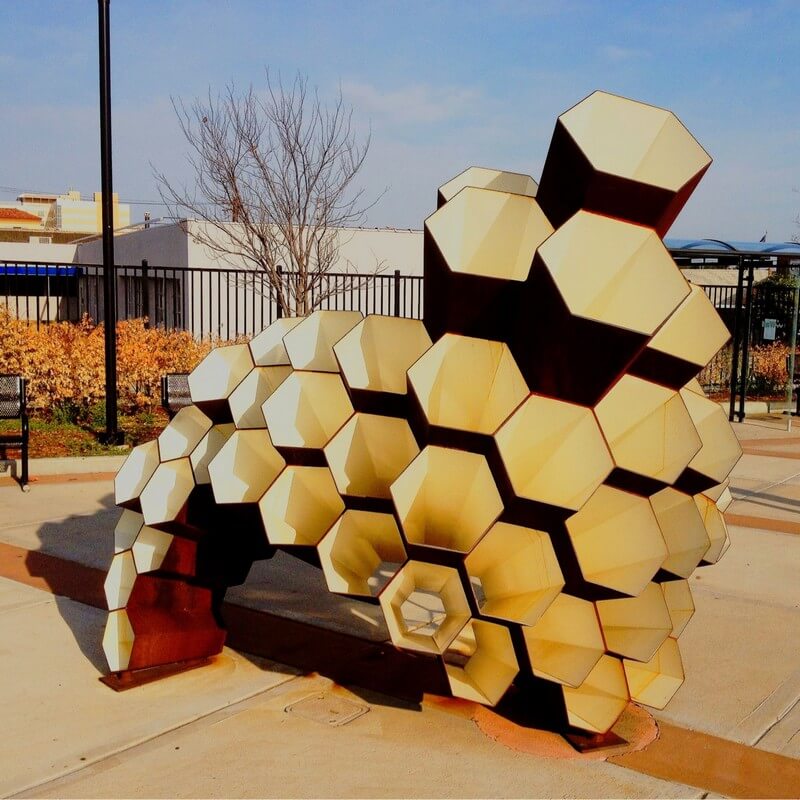