Completed in June 2012, the 145-meter towers’ Masharabiya shading system was developed by the computational design team at Aedas. Using a parametric description for the geometry of the actuated facade panels, the team was able to simulate their operation in response to sun exposure and changing incidence angles during the different days of the year. 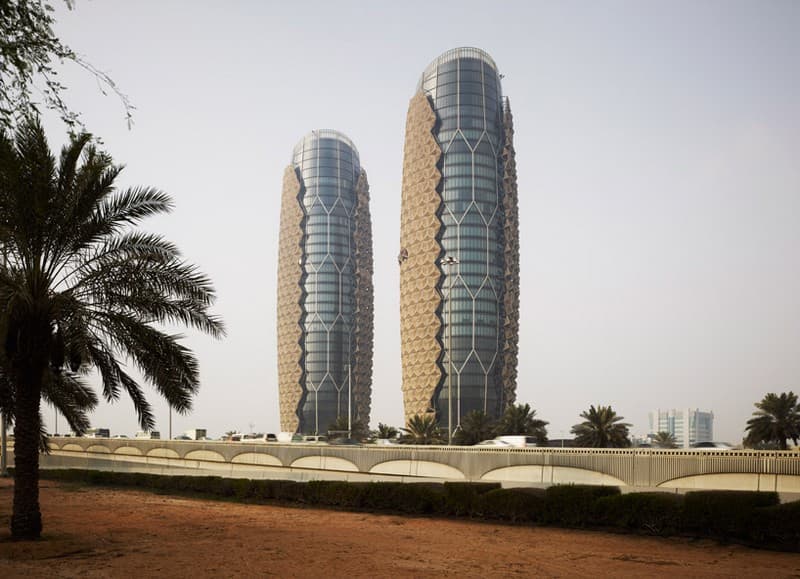 The screen operates as a curtain wall, sitting two meters outside the buildings’ exterior on an independent frame. Each triangle is coated with fiberglass and programmed to respond to the movement of the sun as a way to reduce solar gain and glare. In the evening, all the screens will close. 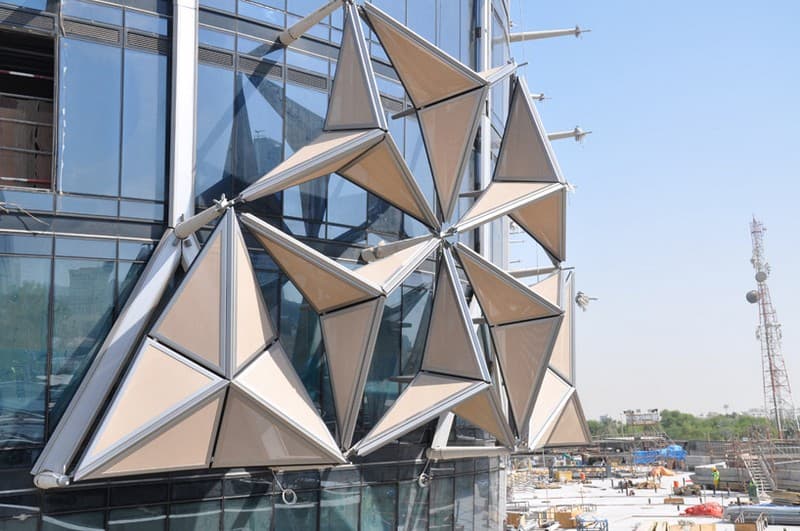 “At night they will all fold, so they will all close, so you’ll see more of the facade. As the sun rises in the morning in the east, the mashrabiya along the east of the building will all begin to close and as the sun moves around the building, then that whole vertical strip of mashrabiya will move with the sun,” 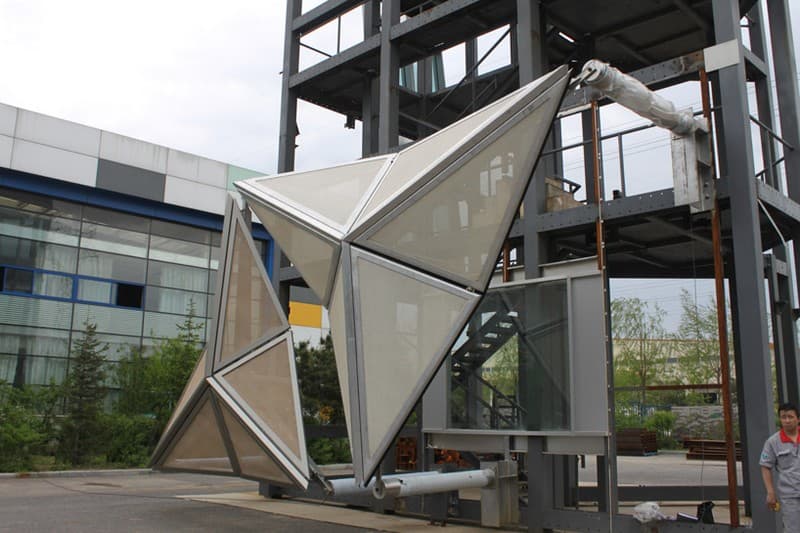 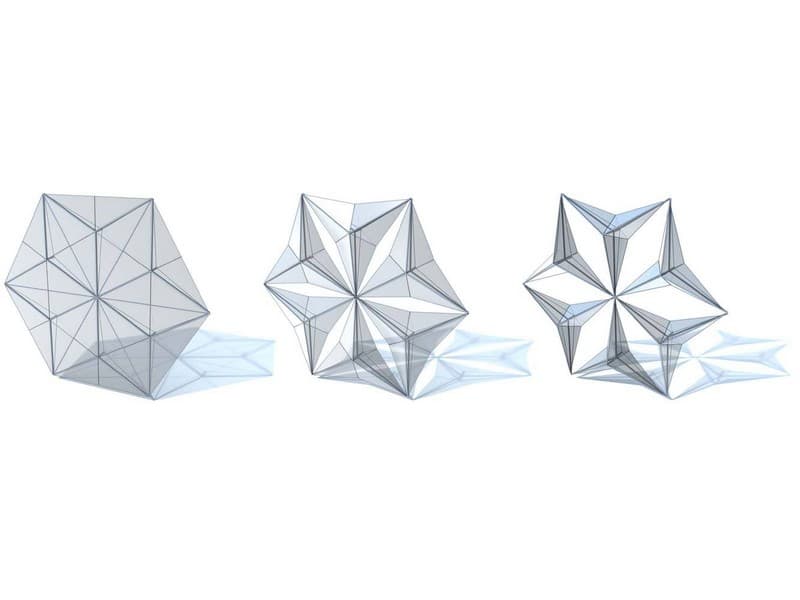 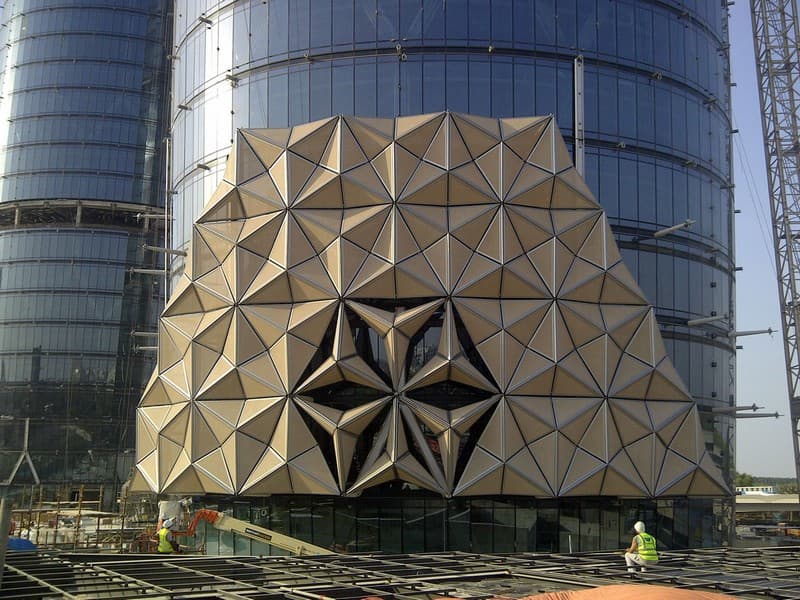