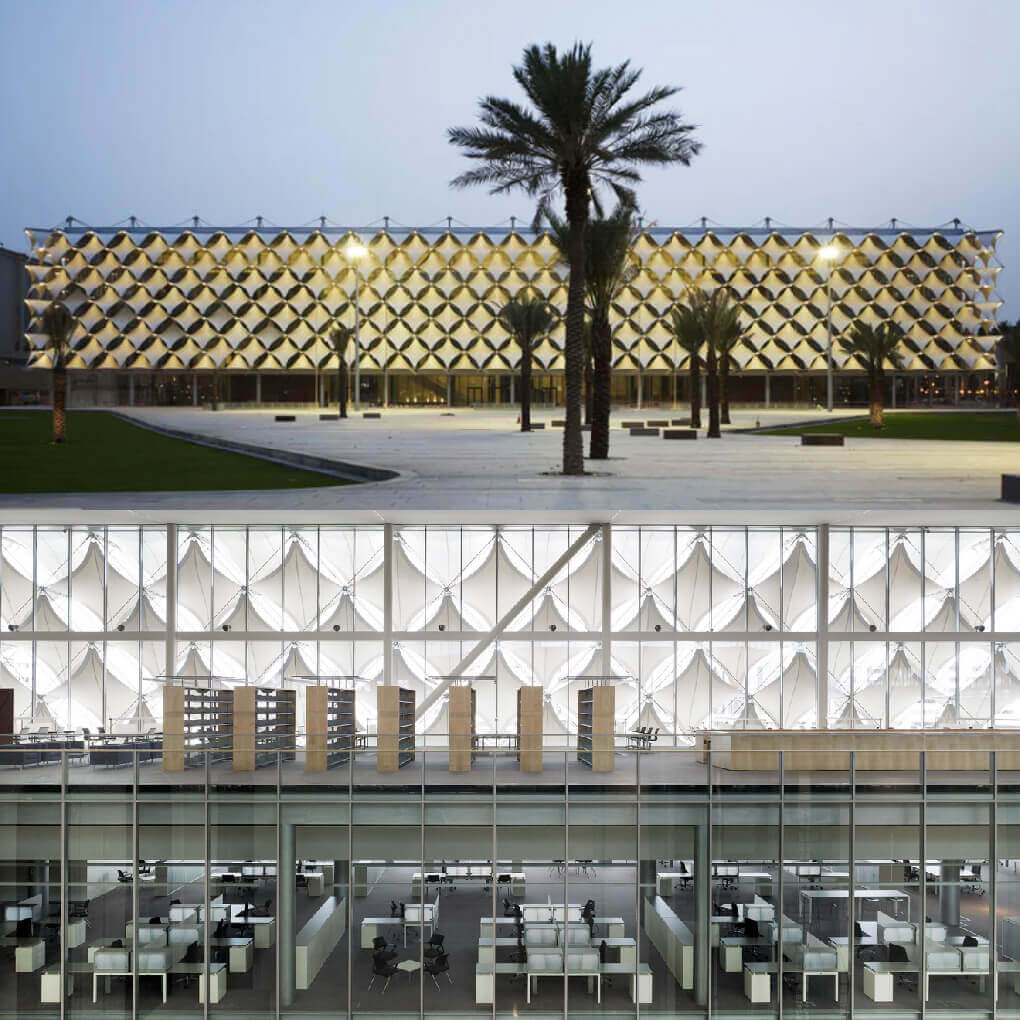 The design functions as the central driving force behind a piece of urban development and rearrangement, and combines the challenge of designing within the existing building stock with respect for Arabian culture. The symbolic cuboid shape of the new building surrounds the existing building on all sides, thus presenting the National Library as a new architectural image in the Riyadh cityscape without abandoning the old building, which now operates as an internal stack, making it the centre of knowledge within the new library as a whole. 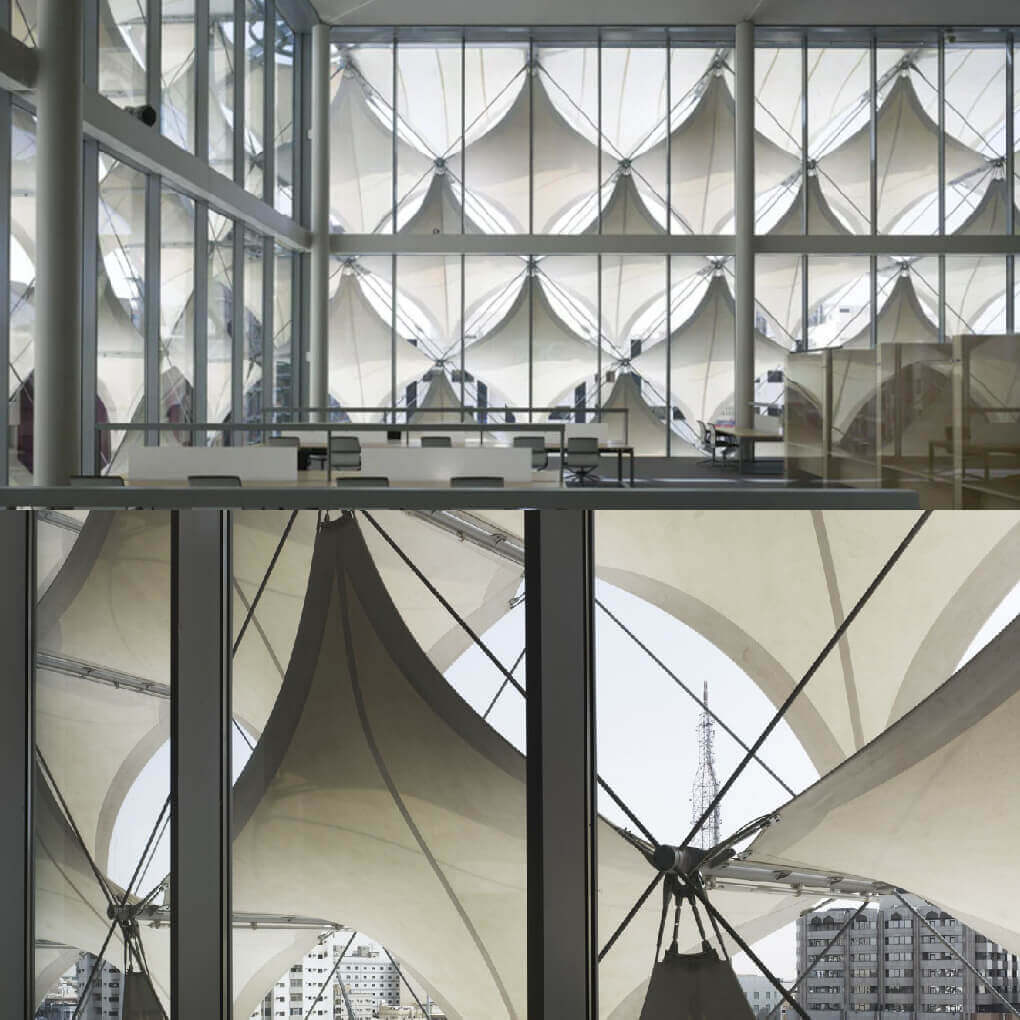 The square new building is covered by a filigree textile façade following traditional Middle Eastern architectural patterns and linking them with state of the art technology. The design goes back to the early days of an international competition dating from 2003. When the National Library is completed, Gerber Architekten will be working on planning the Olaya Metro Station, another of this country’s major projects. 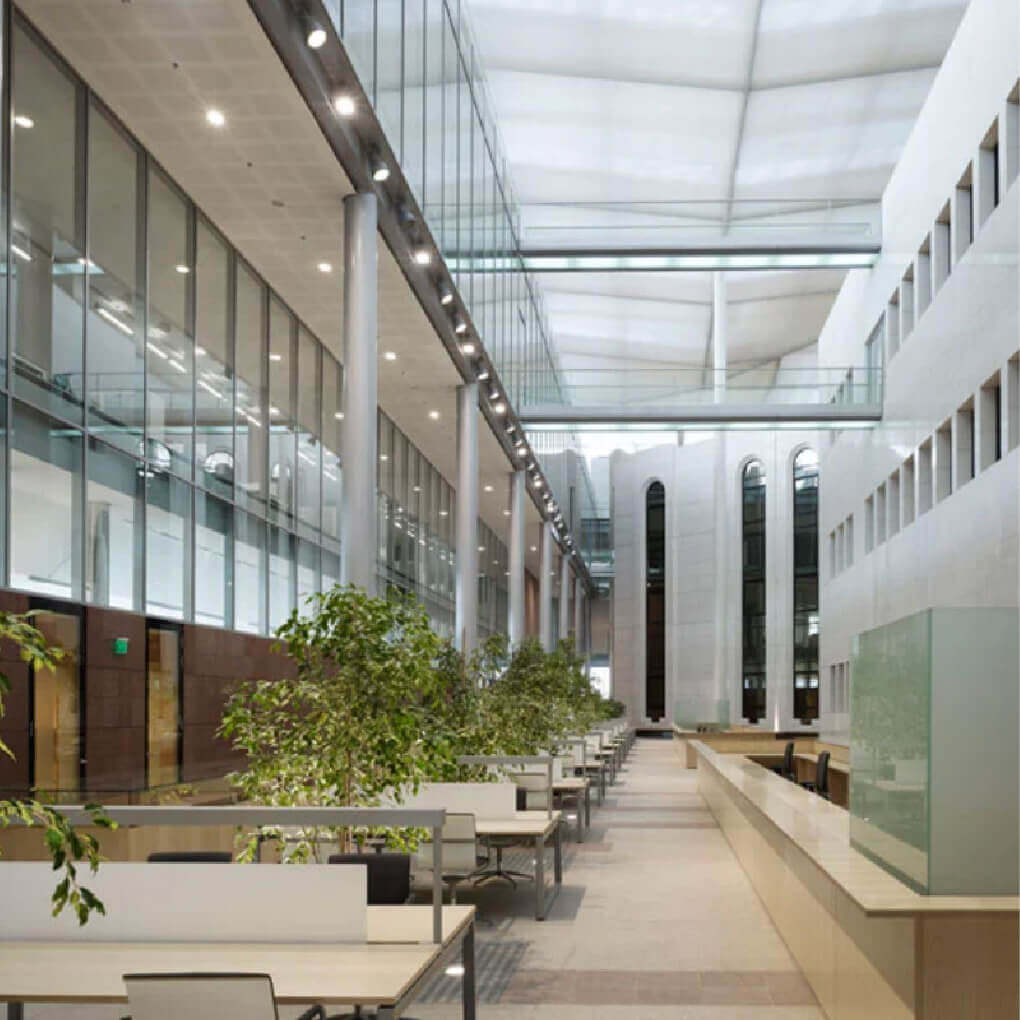 The King Fahad National Library represents the new centre of the rapidly changing Olaya District, and stands out clearly from the heterogeneous existing building pattern. The square new building in the centre of the urban park looks open and light, and is tied into the urban space despite its size. Gerber Architekten designed the existing park including parts of the available green space as a spacious square, and this and the library now form an urban unit. Thus the National Library becomes the iconographic centre of a prestigious urban quarter that will become increasingly important in future years.