Arthur Blank, the owner of the NFL’s Atlanta Falcons and MLS’s Atlanta United, wanted Mercedes-Benz Stadium to provide an architectural icon for the city and a fan experience that is second to none. HOK’s design reimagines what a stadium can be, creating a building that looks and functions like no other and that transforms the experience of going to a live event. 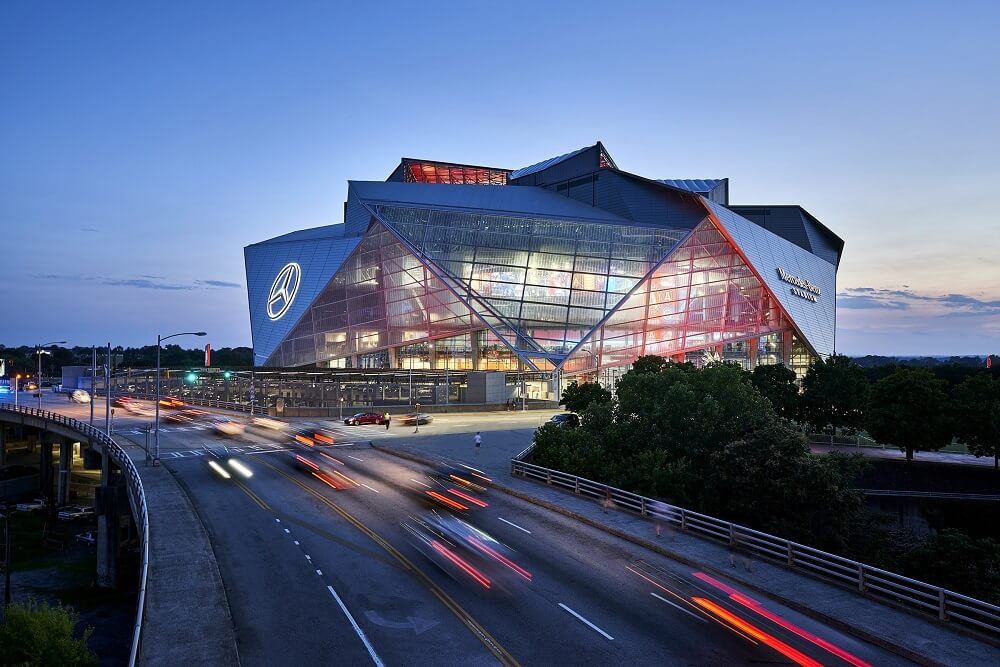 The team approached the design from the top down, starting with a roof that appears to open and close like a camera aperture. Inspired by the oculus within Rome’s ancient Pantheon, the stadium’s signature roof was made possible only by modern architectural and engineering innovations. The roof is composed of eight 220-foot-long “petals.” Activated by the push of a button, the petals appear to rotate when opening but actually move in unison along 16 linear tracks. The roof fully opens in eight minutes and closes in seven. 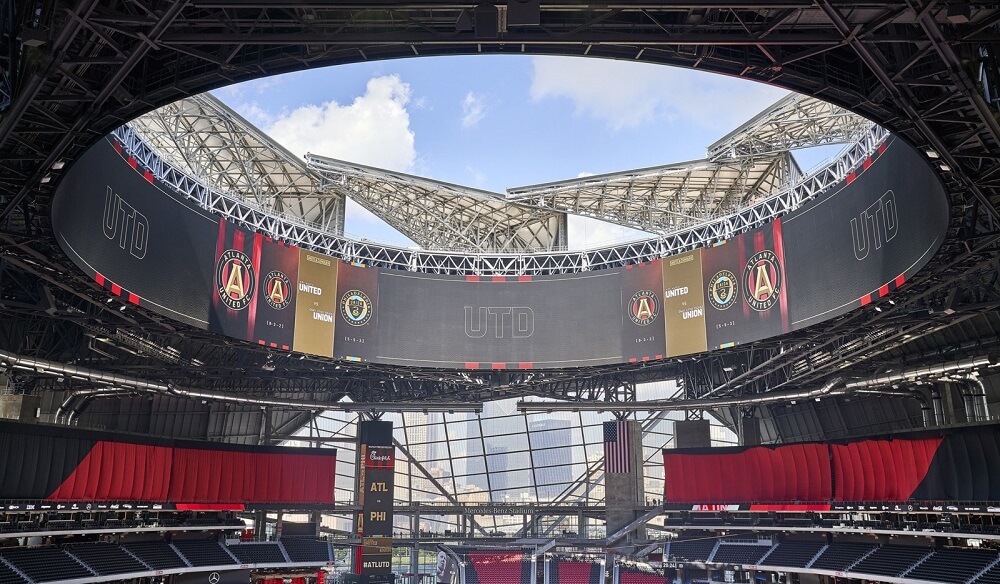 The facade, which follows the roof’s angular form, consists of alternating insulated metal and ETFE panels inspired by the shape of a falcon’s wing. On the stadium’s west side, the transparency creates a 16-story window that floods the space with daylight and offers panoramic views of Atlanta’s skyline.

Made up of more than 37 million LEDs, the halo video board provides a 63,000-sq.-ft. canvas on which digital media can be presented on one continuous surface in ways previously never imagined. With a size and geometry designed to support the stadium’s roof opening, the halo form preserves the beauty of the iconic roof. 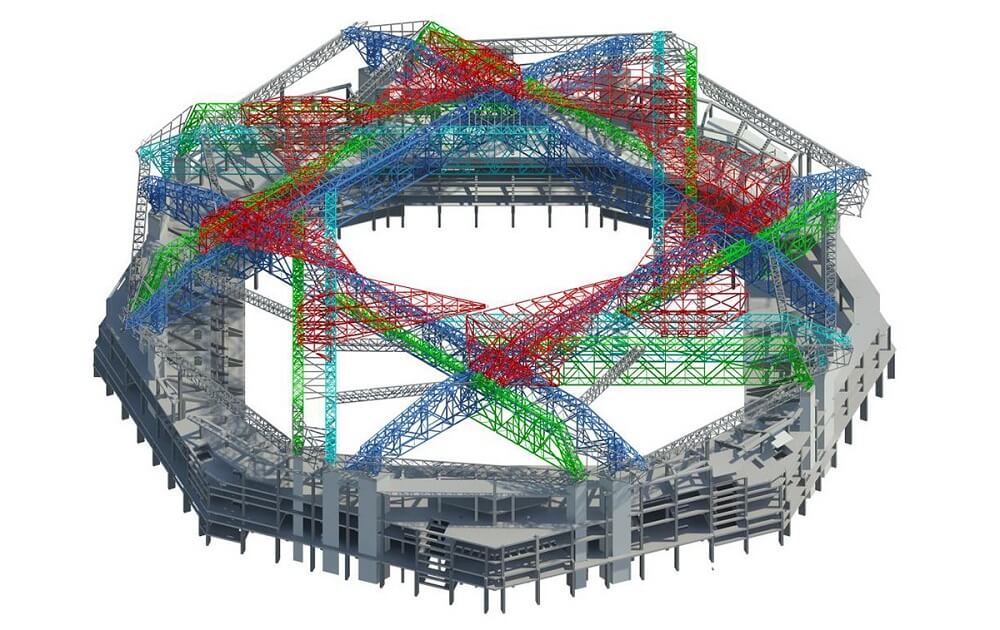 The structural engineering team used HOK STREAM, a custom-made parametric modeling and optimization tool, to automatically generate the building information model and structural arrangement, including support nodes and their associated stiffness and movements. STREAM accelerated the process and allowed for quick modifications as the design changed. STREAM also helped the team optimize the structure to stay below the maximum allowable load, reducing the amount of steel by 10 percent (50 tons). 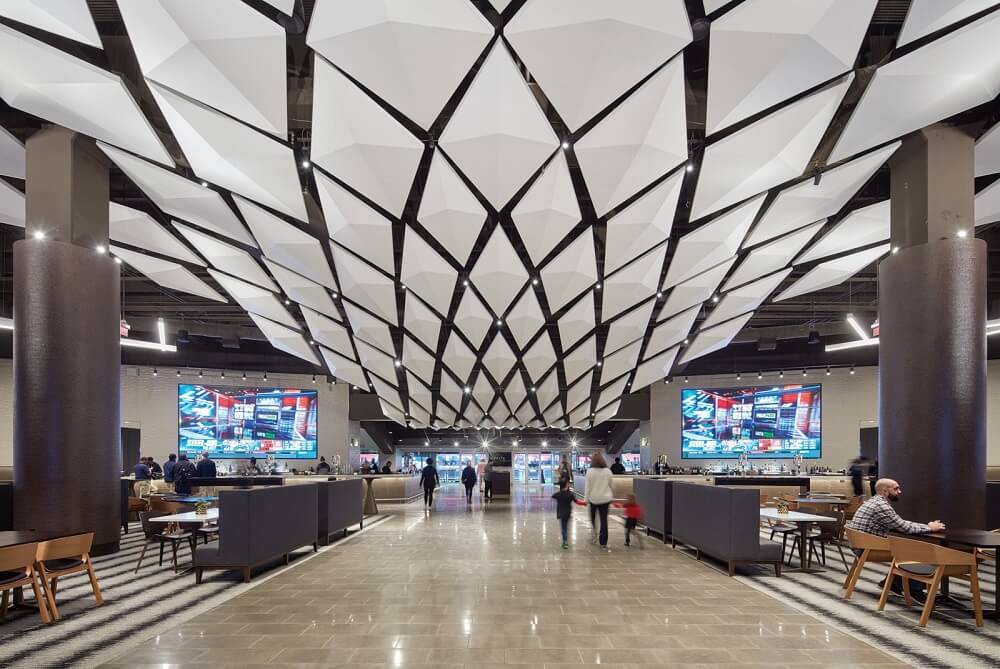 Today’s fans expect a dynamic game-day experience. Dozens of seating options provide fans with novel vantage points and service levels for enjoying the live experience. Amenities include a technology lounge and the 100 Yard Club, a row of concessions stretching the length of the field and bookended by bars. More than 4,000 miles of integrated fiber-optic cable support the interactive game-day experience, which includes 2,000 TVs and robust Wi-Fi and cellphone service. 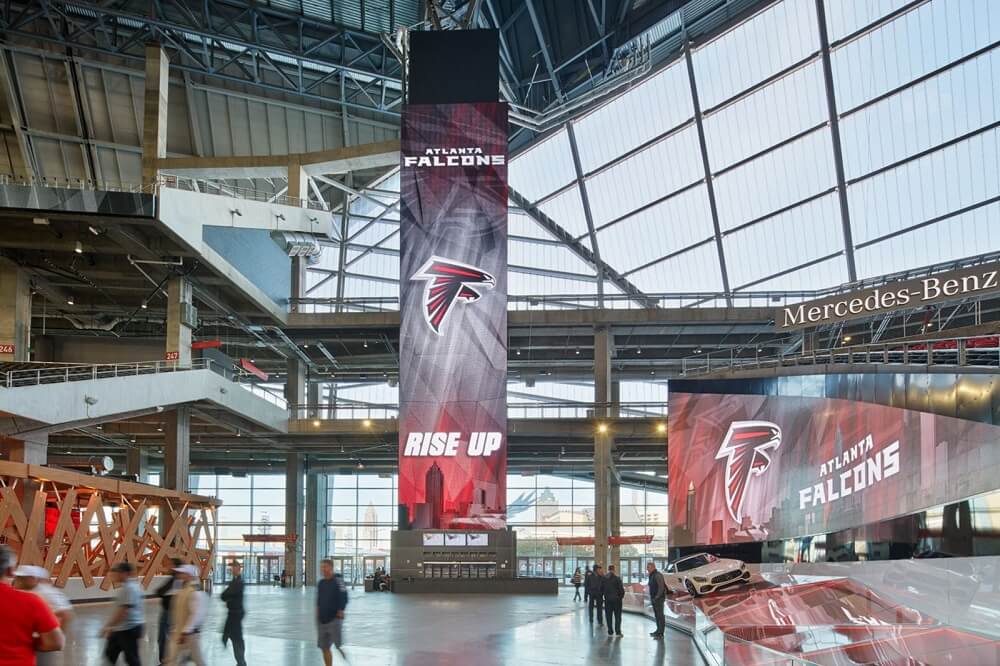