A new class of futuristic materials that grow when stretched get their abilities from the geometries of ancient Islamic art, and they could be useful in medical devices and satellites. Pull on most materials – be they t-shirts, rubber bands or pieces of plastic – and they stretch in one direction and become thinner in the other. But some metamaterials, engineered to have properties not found in nature, can do the opposite – they grow wider when stretched.

This property comes from their geometric substructure, which when stationary looks like a series of connected squares. When the squares turn relative to each other, however, the material’s density lowers but its thickness increases, allowing it to grow when stretched. 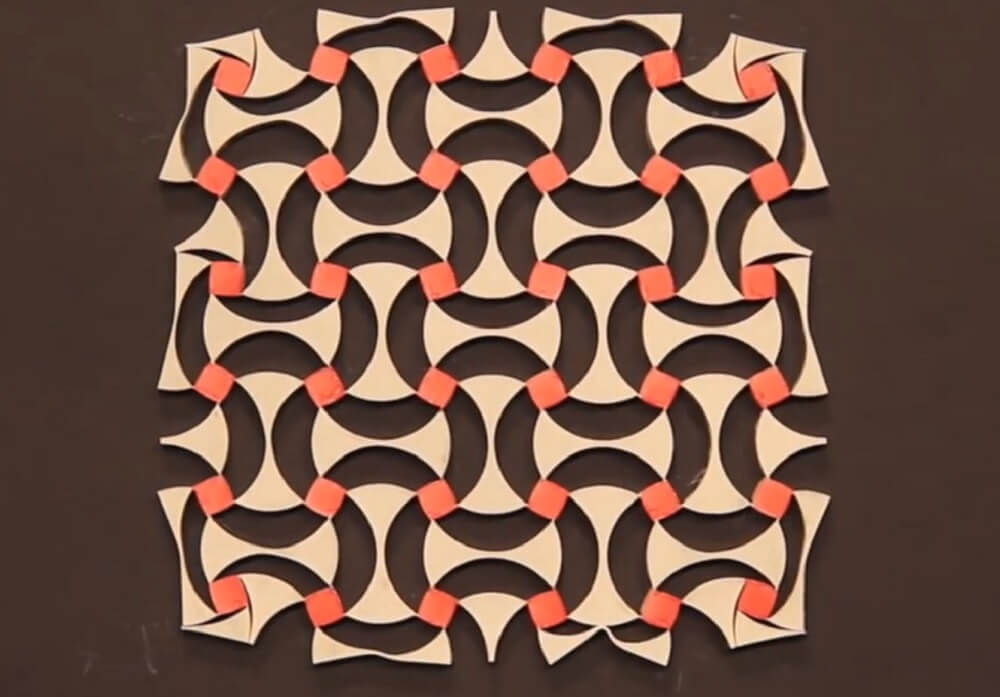 But this twisting means that the materials lose their original shape as they expand. So Ahmad Rafsanjani and Damiano Pasini of McGill University in Montreal, Canada, set out to create a material that would grow when stretched yet keep its form.To do this, they turned to a beautiful kind of geometry.

“There is a huge library of geometries when you look at Islamic architectures,” says Rafsanjani. The team picked their design from the walls of the Kharraqan towers, two mausoleums built in 1067 and 1093 in the plains in northern Iran. These walls are decorated with roughly 70 different designs, two of which fit the bill nicely. Their repeated patterns of alternating shapes, separated by either circular or parallel cuts, allowed them to expand into a larger version of the original by leaving regular spaces between the shapes. 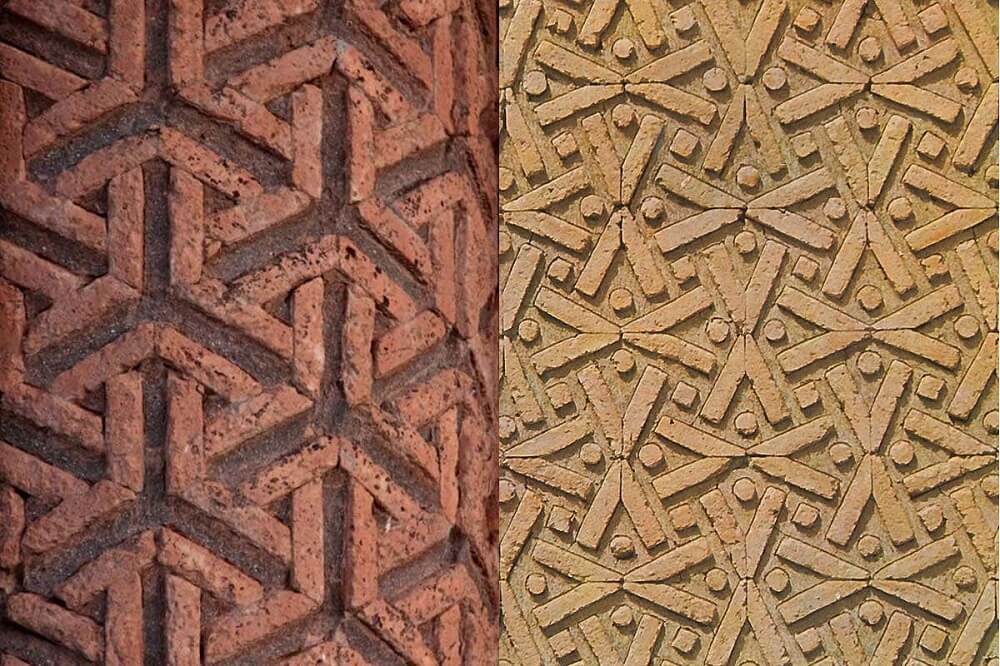 After finding the perfect geometry, they fashioned the metamaterial from natural rubber. “I introduced some cuts and some hinges, but the pattern is exactly the same,” says Rafsanjani. He presented the work at a meeting of the American Physical Society in Baltimore, Maryland.

The ability of the material could make it useful for an array of applications, such as inserting medical devices inside veins and arteries, or deploying new satellites that unfold in space. 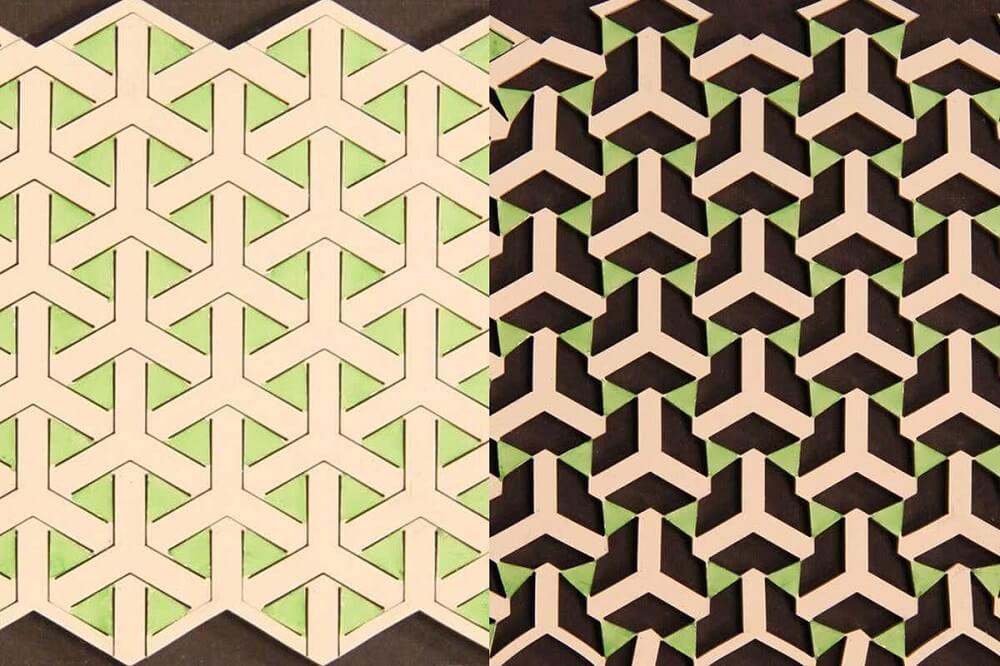