Pendulum Casa V by ART+COM Studio is a kinetic sculpture created for the private residence of an art collector in Mexico City. Situated in an inner entrance area of the house, the sculpture moves through a vertical void between the ground and first floors. 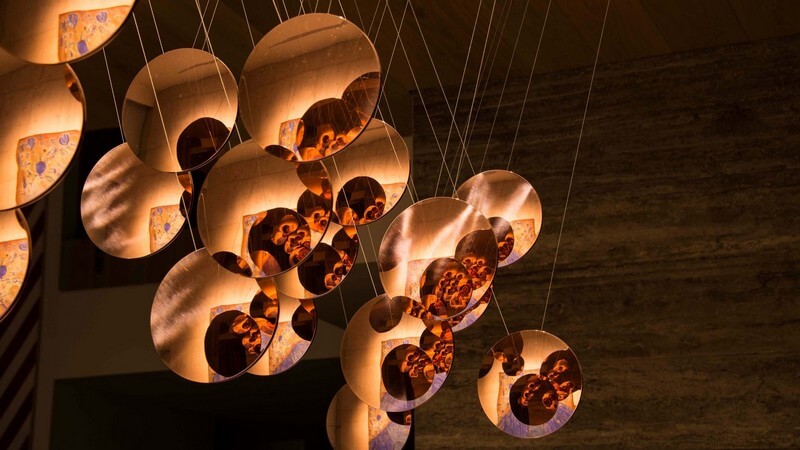 Pendulum Casa V is a kinetic composition that draws on the poetry of reflection and precise, seemingly weightless movement in space. Inspired by kinetic art of the twentieth-century avant-garde, its materials, dynamism, and expression speak the language of the twenty-first century and computational design. 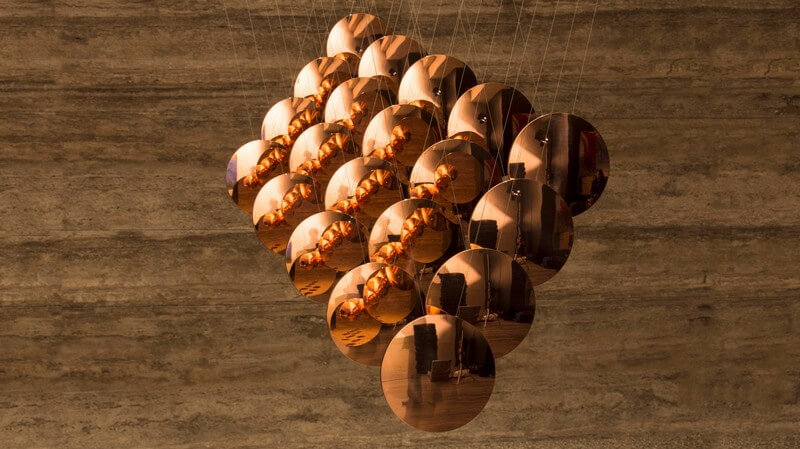 The sculpture is made up the bifilar suspension of twenty, circular, reflective pendulums that can each be moved by two motors. Horizontal and vertical movement of the pendulums is enabled by their suspension on two, independently controllable wires, so that both very dense, focused shapes and very open ones can be realized with the twenty pendulums. 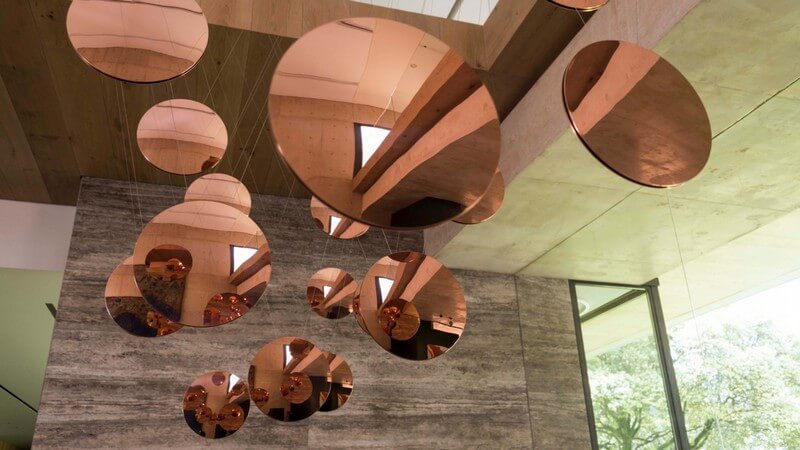 The discs move in continuous dialog with each other, constantly creating new abstract patterns with flowing movements. At times they appear to be following one another; other times their movements look more autonomous. 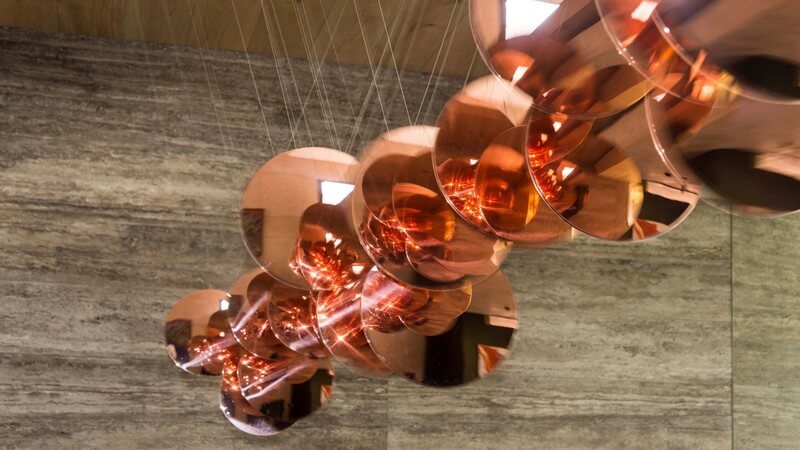 The reflections of the copper-plated discs set up a relationship between the sculpture, the surrounding space and the artworks in it. Different viewpoints yield different reflections, images and references to the space and its objects. At night, the sculpture is complemented with directional light that generates an interplay of reflection and shadow in space. 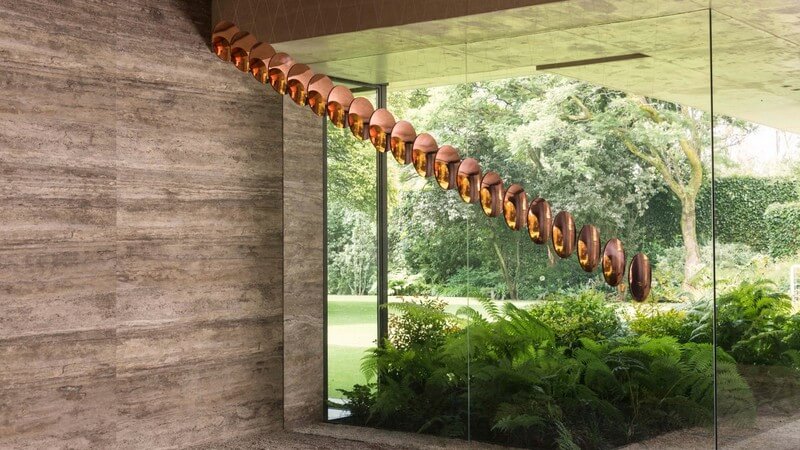 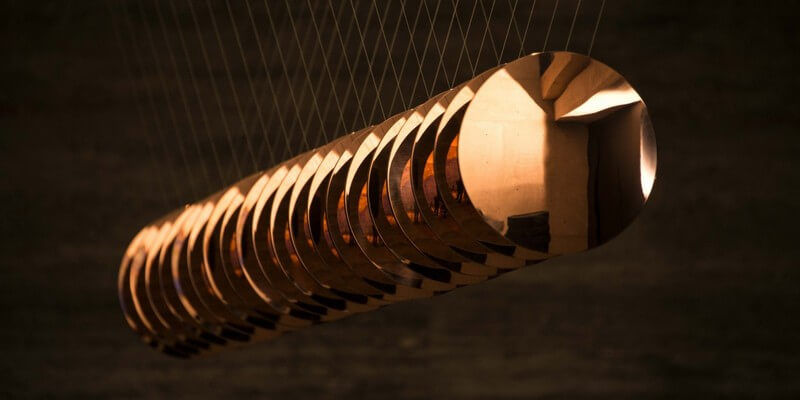 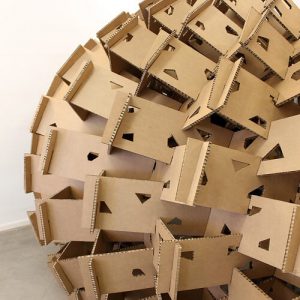 The “Armadillo” pavilion is the result of a commission made to the students of the subject of Parametric Architecture and Digital Manufacturing , at the School of Architecture of the University of the Basque Country (UPV / EHU). 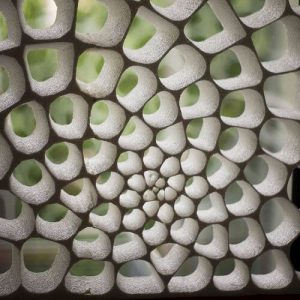 Porosity by Digital Design Center presents a research into the integrated design and fabrication approach of porous surfaces in architecture. The structure is fabricated out of foamed polystyrene by removing portions of its volume. 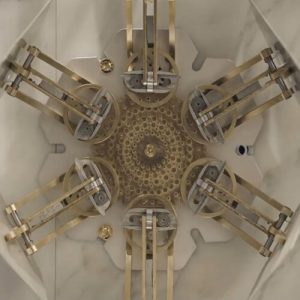 “Heaven Bloom” by WHYIXD is located in the lobby of a building which is constructed by GoldenJade development corp. Along with the international architecture team from Singapore, WOHA, this mansion was designed with concept of nature. 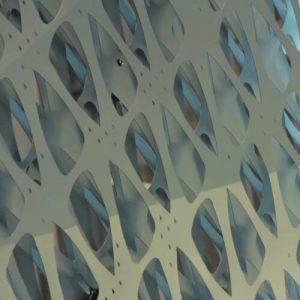 A multidisciplinary team has joined together to implement Tessellate™ technology - a dynamic perforated screen system that regulates light and solar gain - on its first-ever major building. 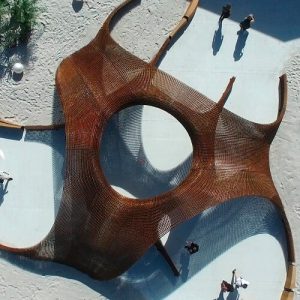 ‘WAVE’ by d’strict with anamorphic illusion has been successfully revealed on a magnificent DOOH of COEX K-POP SQUARE, the largest & high-definition outdoor advertising screen in S.Korea. 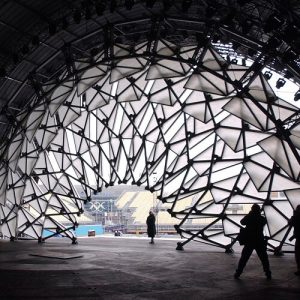 The arch was designed by Chuck Hoberman to be used as a mechanical curtain for the Olympic Medal Plaza's stage. It is a semi-circular aluminum structure, which opened like the iris of a human eye. 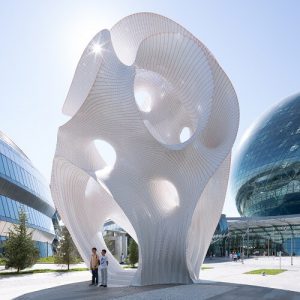 Minima | Maxima is the latest Structural Stripes "Crawling Assembly'" from MARC FORNES / THEVERYMANY. This permanent installation provides a moment of contemplation amid the busy grounds of World Expo 2017 in Astana, Kazakhstan. 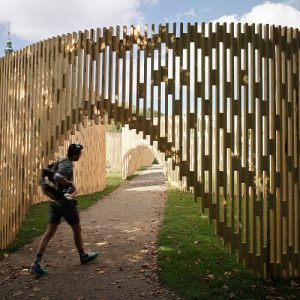 FABRIC Architecture introduced a new spatial concept in the royal garden in Copenhagen by stretching the understanding of the ‘pavilion’ towards the most elementary architectural element in garden design: the fence. 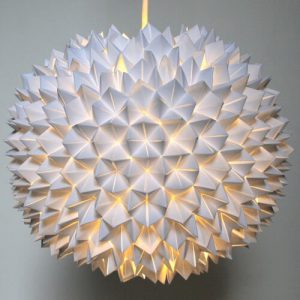 Overall this light by Allison Patrick from Zipper8Design measures approximately 12 inches, but what really makes it unique is the construction method. 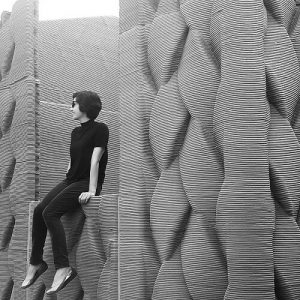 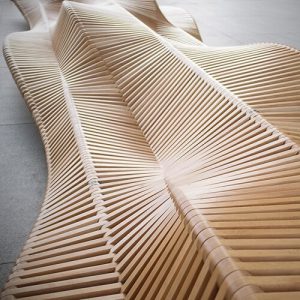 Architect Piotr Zuraw has designed a bench named uiliuili, as part of the Wroclaw City Furniture Project. The bench was constructed by the University of Wroclaw in Poland. 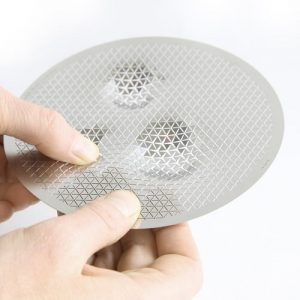 Designed by architecture and design firm The Fundamental Group, PUSH lets you shape it into the perfect container for all of your important things. 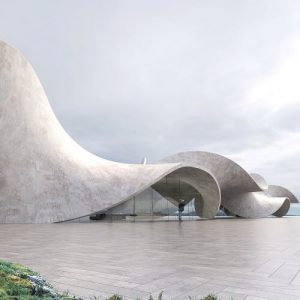 Designer Antony Gibbon has visualised a conceptual house called Twine, which sits under a wave-like piece of concrete within a landscape of rolling hills. Gibbon conceived Twine as a twisting concrete structure, which reflects the hills surrounding. 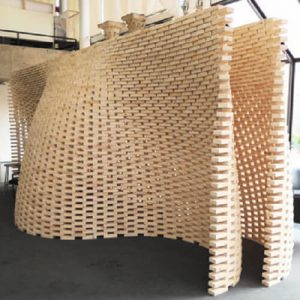 On the Brink exhibition was shown at the Graduate School of Design, Harvard University, and presented a digitally generated and fabricated wall consisting of wooden bricks. 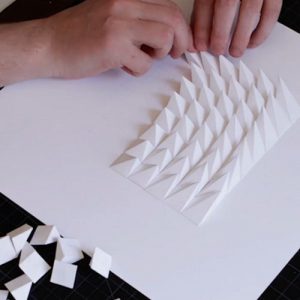 Matthew Shlian works within the increasingly nebulous space between art and engineering. As a paper engineer, Shlian’s work is rooted in print media, book arts, and commercial design. 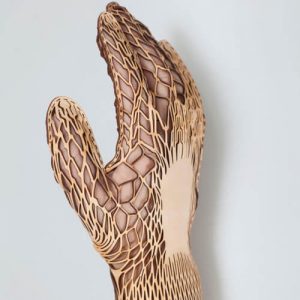 The Anatomy of the Hand

Make a fashion accessory out of leather. This was the brief for the “Craft the Leather” competition that motivated Renee Verhoeven to create her series “The Anatomy of the Hand”. 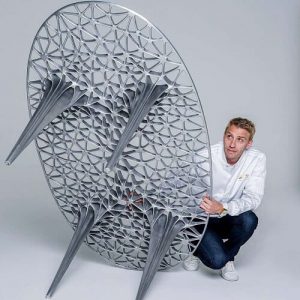 A polished aluminium dining table inspired by the infamous red rocks of Sedona; the form references the peaks and plateaus of Sedona’s unique sandstone formations. This design by Janne Kyttanen has a strong Silhouette and organic triangular detailing. 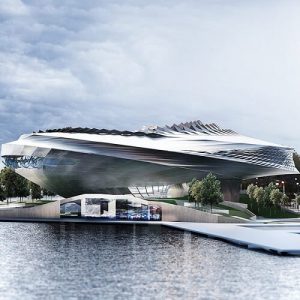 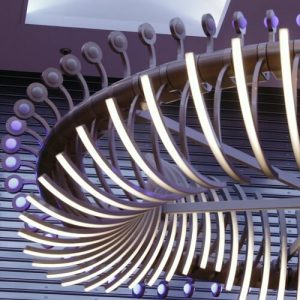 “Swell” is a kinetic sculptural artwork by Dominic Harris for Royal Caribbean’s Spectrum of the Seas cruise ship. Inspired by the beauty of the body of water surrounding the ship, his artwork is always alive and in motion. 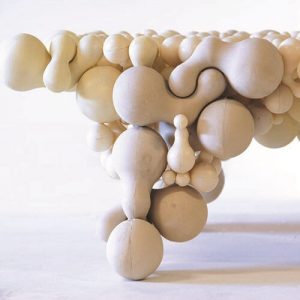 A new generation of research initiated by the bartlett school of architecture’s design computation lab looks into robotically assembled furniture, a process which is essentially lego-like building blocks which can be configured into complex forms. 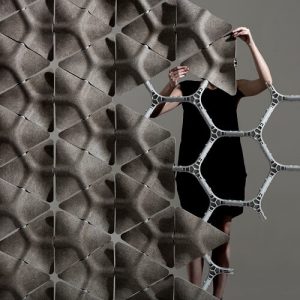 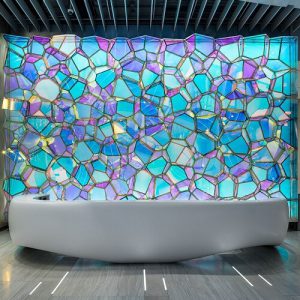 Softlab was commissioned by One State Street to design a permanent wall installation to accompany the building’s new lobby renovation. Their intent was to create an installation that is not distinguishable as a piece of wall mounted art. 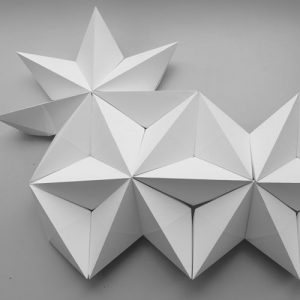