Gigantic tree-like columns support the overhanging roof of the Qatar National Convention Centre by Japanese architect Arata Isozaki. The building was designed by Arata Isozaki to reference the Sidrat al-Muntaha, a holy Islamic tree that is believed to symbolise the end of the seventh heaven. 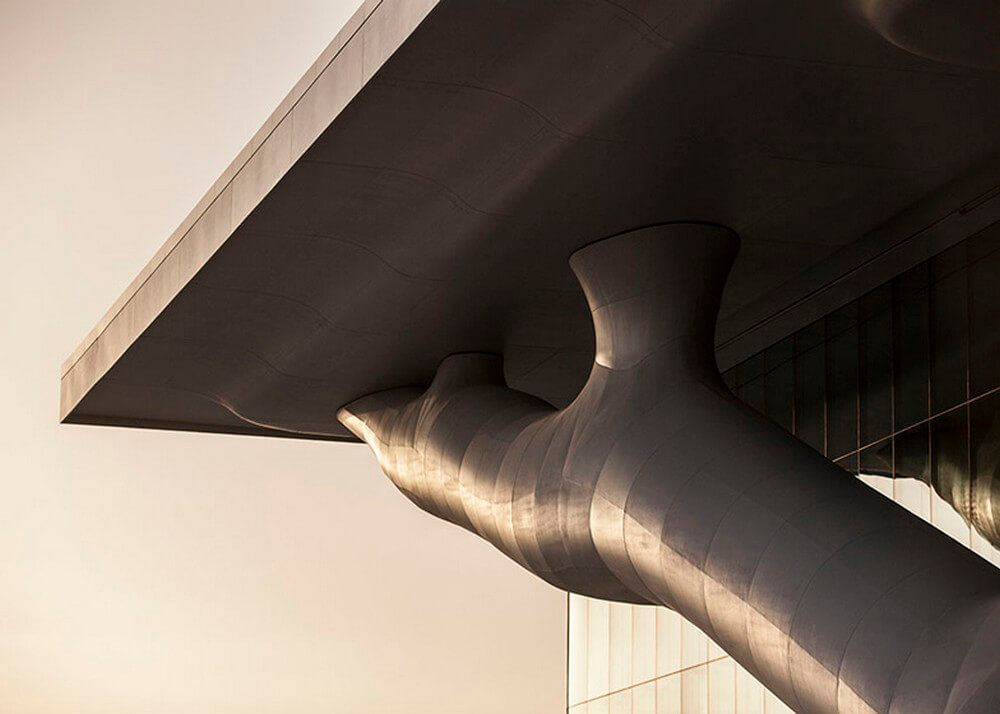 A pair of sprawling steel columns create the illusion of two trees in front of the large rectangular glass facade, supporting a roof canopy that extends out to offer shelter to a public plaza in front of the building. 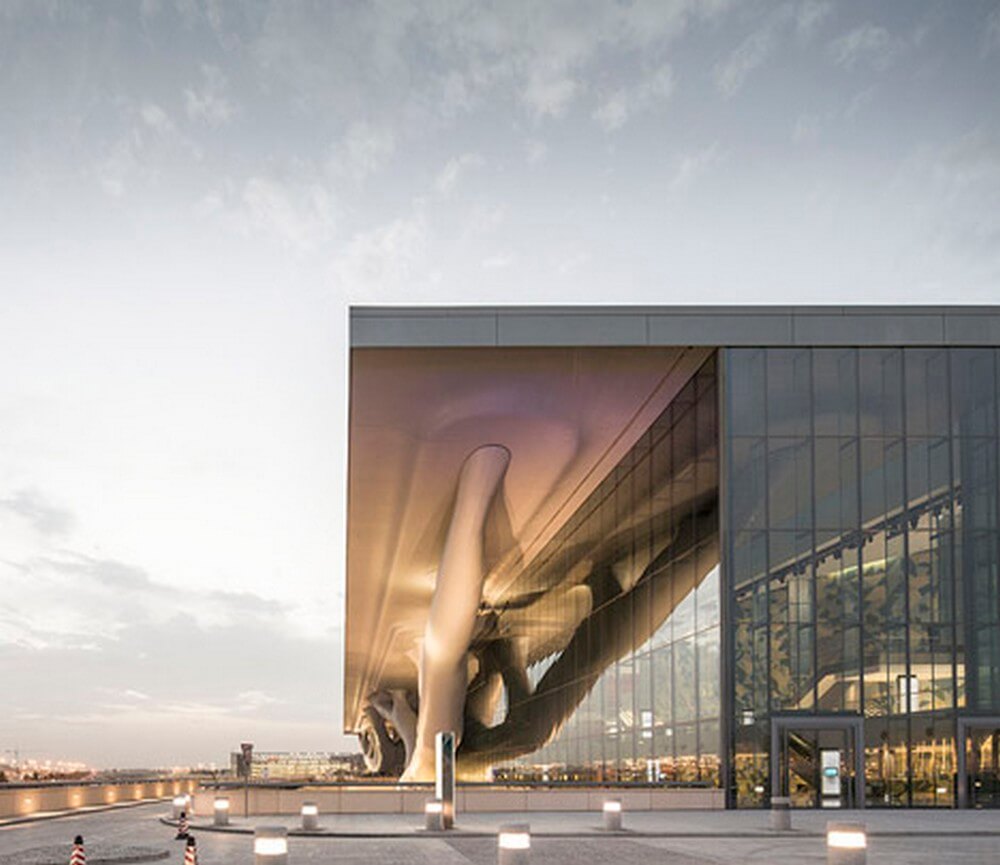 “The tree is a beacon of learning and comfort in the desert and a haven for poets and scholars who gathered beneath its branches to share knowledge,” said the architects. 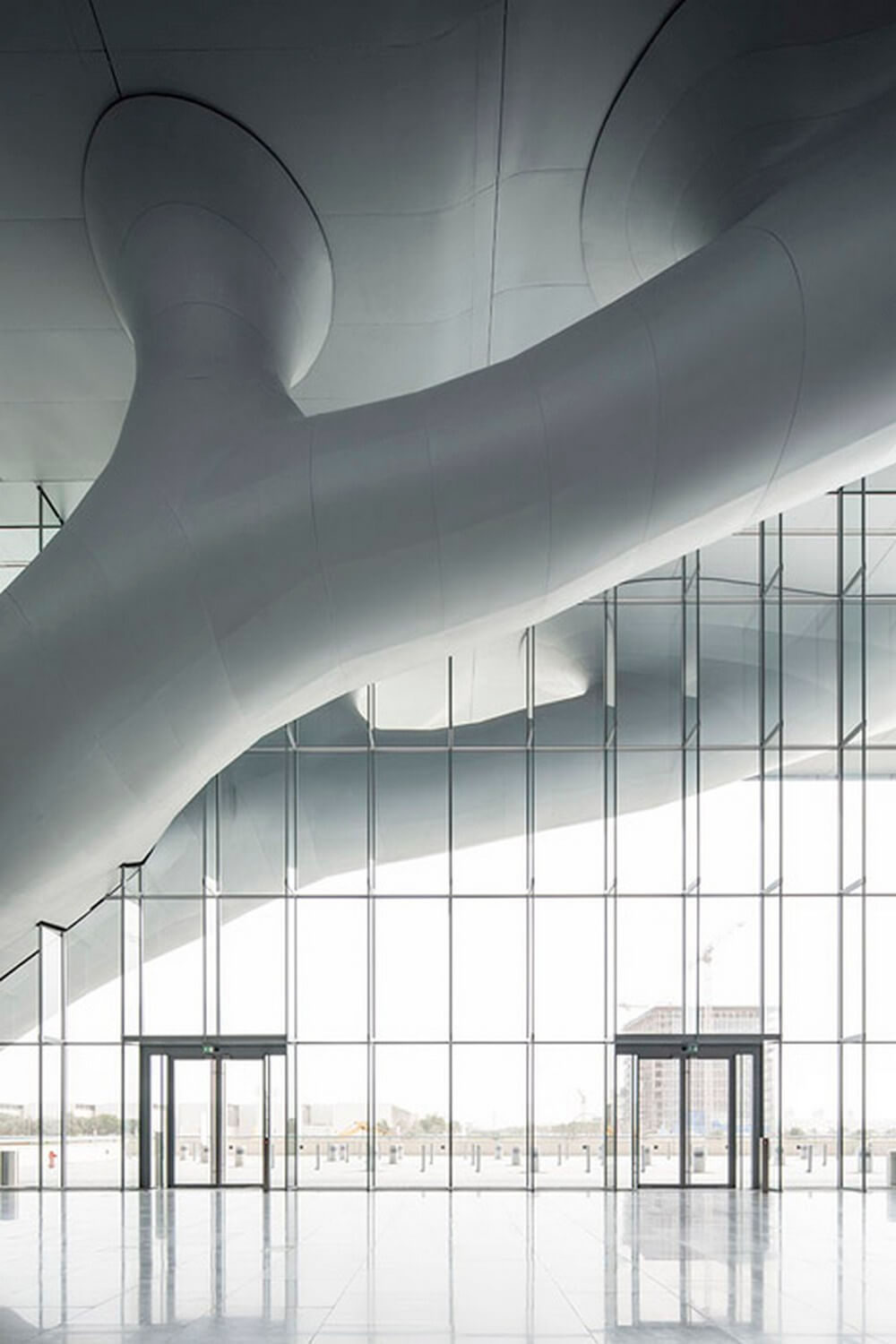 Located on the 1000-hectare campus of the Qatar Foundation in Doha, the Qatar National Convention Centre opened to the public in December 2011. It is the largest exhibition centre in the Middle East and can accommodate up to 7000 people in its three main halls. 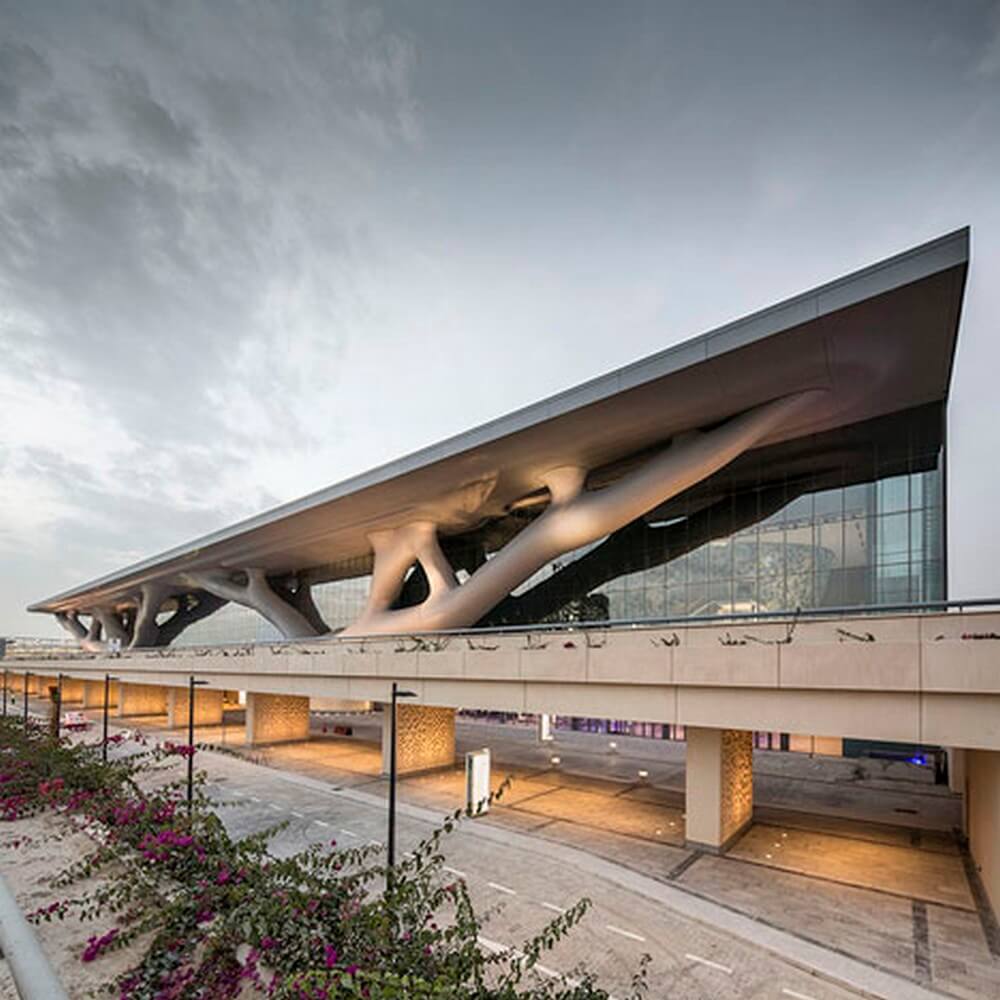 Visitors enter the building through a large reception hall that spans both the full width and height of the building. Steel-clad staircases beyond lead to floors both above and below ground. Other spaces include a 4000-seat conference hall, a 2300-seat theatre, nine exhibition halls and a series of 52 meetings rooms that can be used for various events and activities. 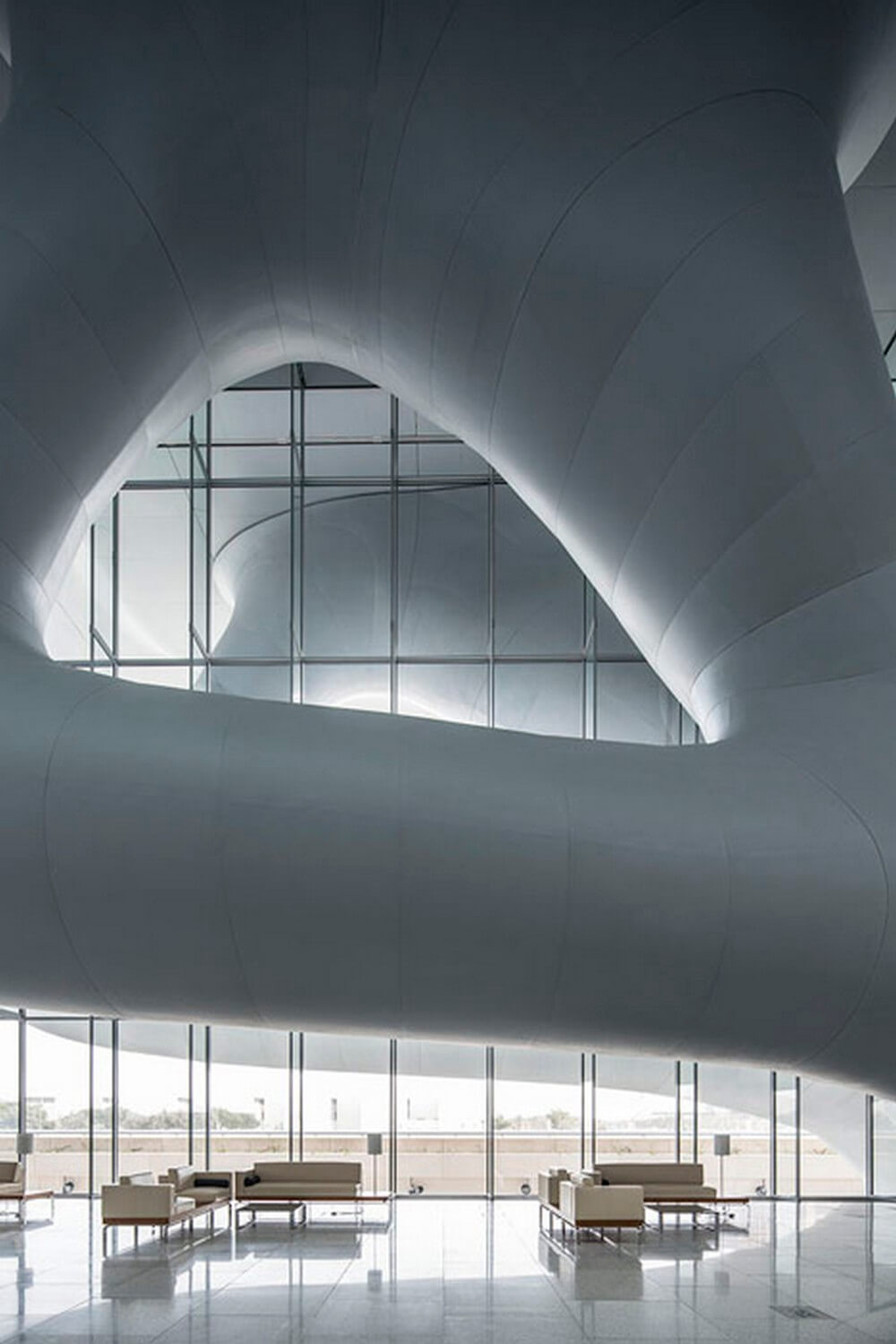 Japanese architect Arata Isozaki was awarded the RIBA Gold Medal in 1986. His best-known works include the Oita Prefectural Library and Kamioka Town Hall, while more recent projects include the Maranello library in Italy and a modular office block in Spain. 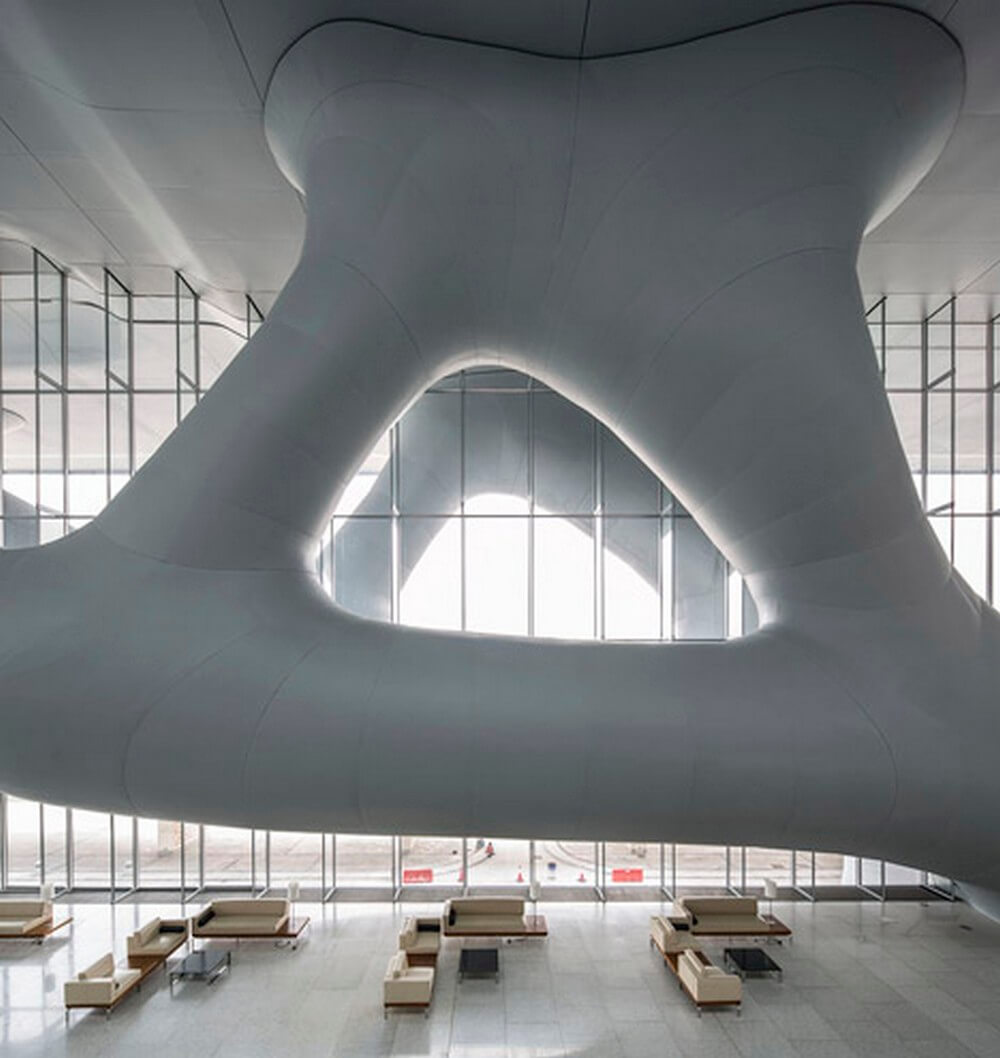