Researchers from Switzerland’s ETH Zurich university will use robots and 3D printers to design and build a pioneering three-storey house at a local research and innovation campus. Eight professors from ETH Zurich are working with business partners to build the DFAB House, which the team claims will be “the first house in the world to be designed, planned and built using predominantly digital processes”. 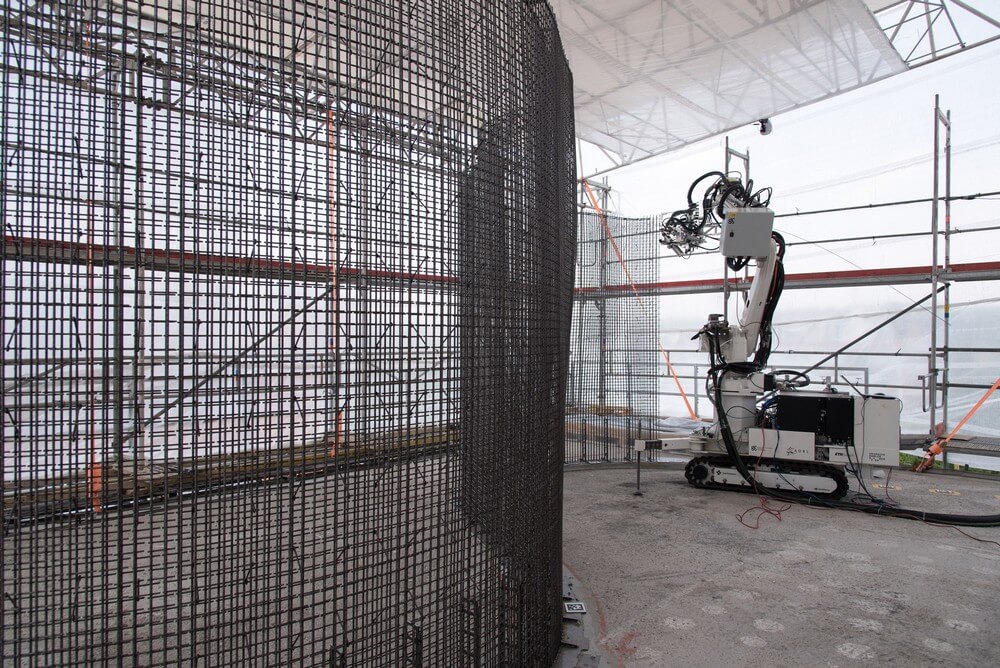 The aim of DFAB House is to allow the team to test new building and energy technologies under real-life conditions. These include the robotically fabricated mesh-moulding process, which is the first to make the transition from research to usable architectural application. “Unlike construction projects that use only a single digital building technology, such as 3D-printed houses, the DFAB House brings a range of new digital building technologies together,” said the project’s initiator, ETH professor Matthias Kohler. “This allows us to use the advantages of each individual method as well as their synergies, and express them architecturally.” 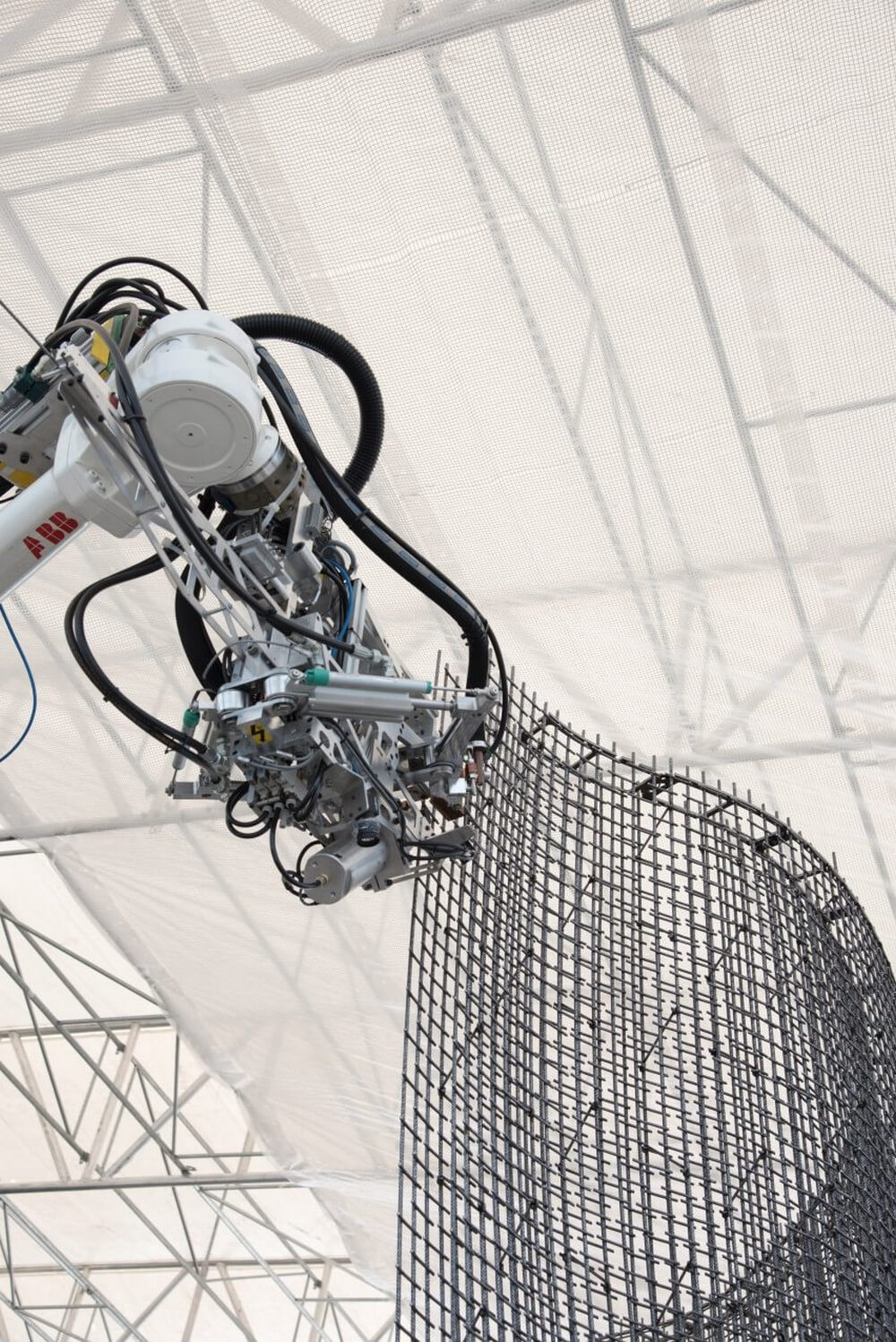 The DFAB House is part of the National Centre of Competence in Research (NCCR) Digital Fabrication project and is being erected at NEST – a modular research and innovation building on the Dübendorf campus operated by the Empa institute for material science and technology development and the Eawag aquatic research organisation. A series of test modules are being installed on platforms around the periphery of the core NEST (Next Evolution in Sustainable Building Technologies) structure. 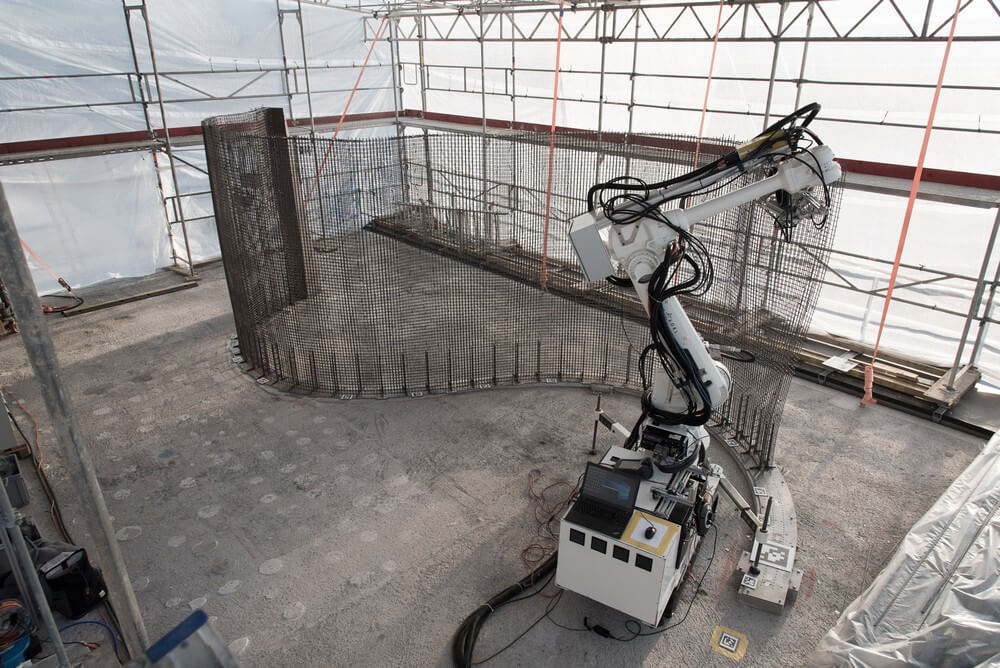 The team is using a two-metre-high construction robot mounted on caterpillar tracks to fabricate steel-wire mesh sections that function both as a formwork and reinforcement for concrete walls. The in-situ fabricator is capable of producing double-curved shapes from a dense mesh which is then filled with a special concrete mix that remains inside the formwork without leaking out through the gaps. 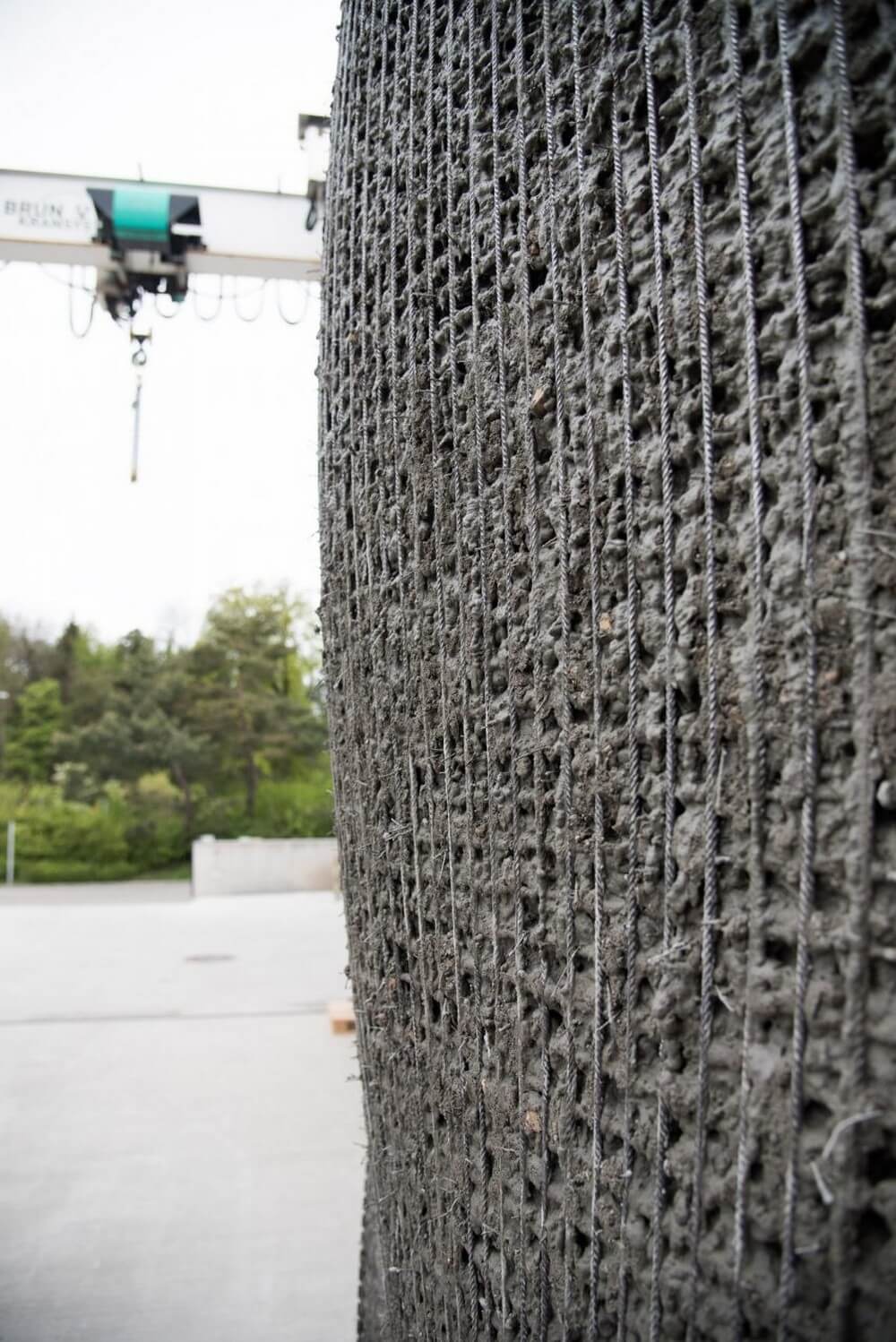 When the concrete hardens, it forms a load-bearing wall that will be topped with a statically optimised and functionally integrated ceiling slab manufactured using a large-scale 3D sand printer. This structure will be installed at the centre of the open-plan living and working area on the ground floor of the DFAB House and will be enclosed behind a concrete facade produced using an automated robotic slip-forming process. Two further storeys above the ground floor are being prefabricated at ETH Zurich’s Robotic Fabrication Laboratory using cooperating robots that will assemble timber construction elements to create individual rooms. 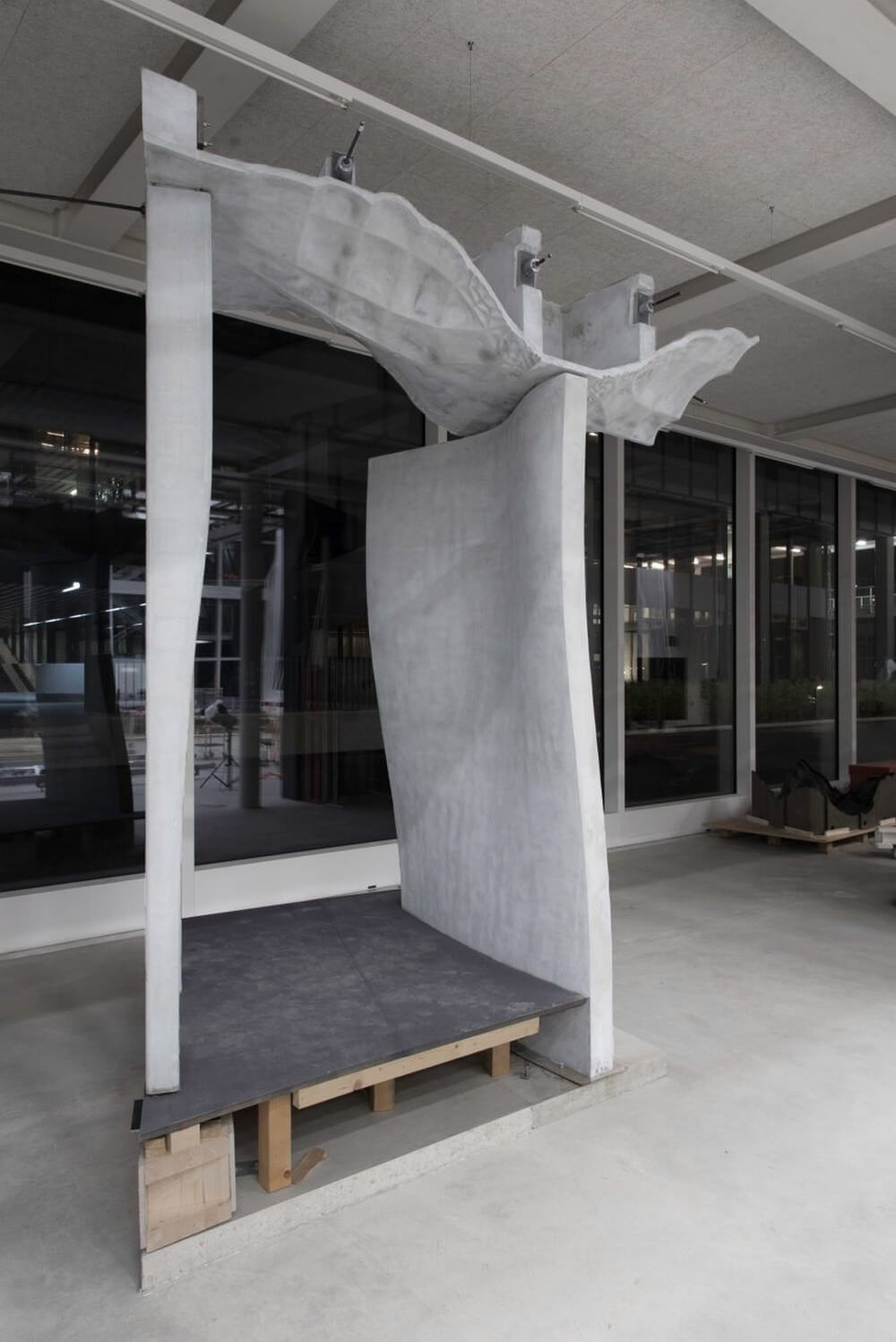 The 200-square-metre DFAB House is scheduled to complete in summer 2018, when it will begin to be used as a residential and working space for guest researchers and partners of the NEST project. The rapid progress from concept to real-life testing of the construction methods developed by the ETH teams as part of the NCCR Digital Fabrication programme demonstrates a desire from both the researchers and the industry to accelerate the exploration of new digital technologies.