Seed and Signal by Hypersonic is a kinetic sculpture that explores the dynamics of group behavior. In nature, individuals that crowd together often exhibit dynamics whereby tiny changes in behavior can alter the balance of the group between order and chaos. 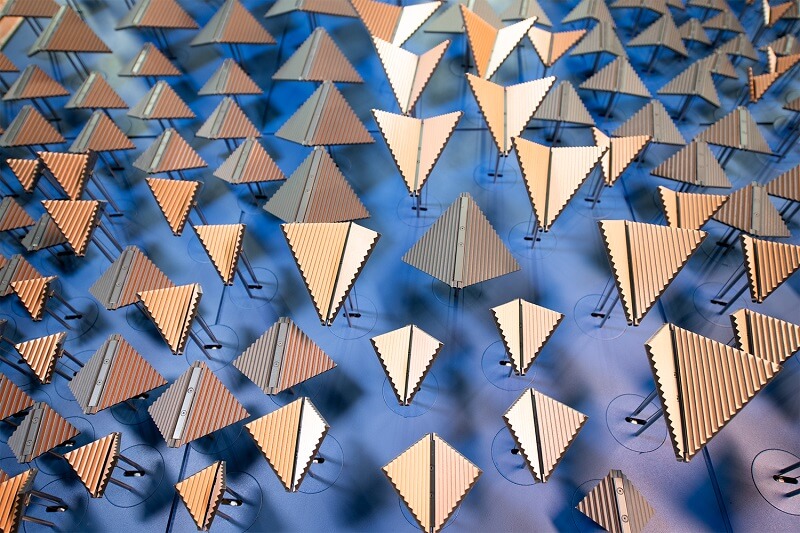 Following rules modeled on the study of group dynamics in nature, Seed and Signal illustrates the fragile equilibrium created when individuals with a common goal gather together. Sometimes success spreads gracefully, sometimes information fails to transfer, and other times chaos takes over. 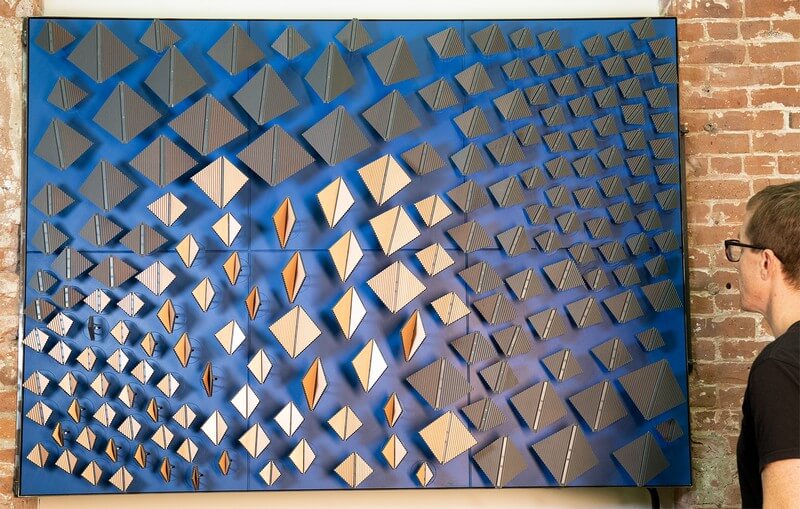 Many of the patterns in group behavior can be characterized by similar sets of governing equations, from starling murmuration, to ants marching, to the movement of mopeds in Hanoi traffic chaos. Designers modeled the variations of algal blooms, bee foraging patterns, cell migration, bait balling in schooling fish, and the movement of bacteria. Seed and Signal generatively animates through sequences of these natural processes, varying the conditions of data spread ever so slightly, to create an evolving display of natural group growth, death, success, and chaos. 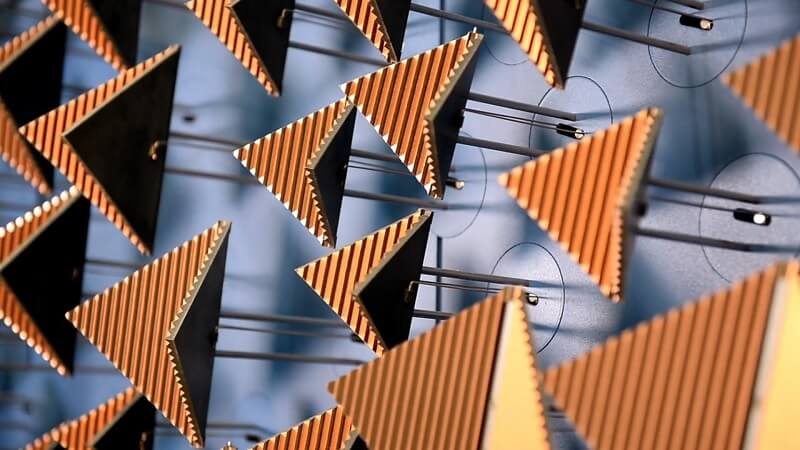 Seed and Signal was inspired by the study of fluttering butterflies and the beautiful patterns and colors they create. Designers found reference in the artworks of Danny Rosin, Tim Prentice, Ned Kahn, and Rob Ley. The color shift effect in this sculpture was created using custom lenticular surfaces, with one face painted glossy copper and the other painted gray. Behind each of the 200 pairs of wings, a motor drives an acme screw mechanism to animate the wings into position. 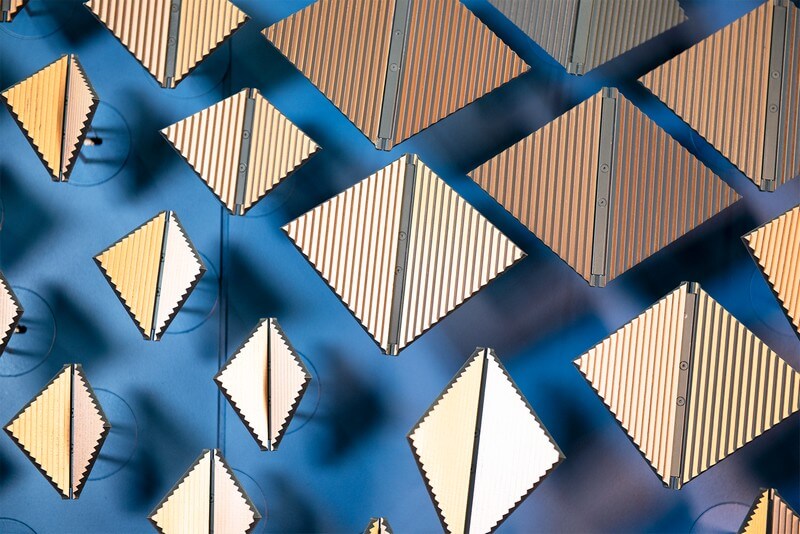