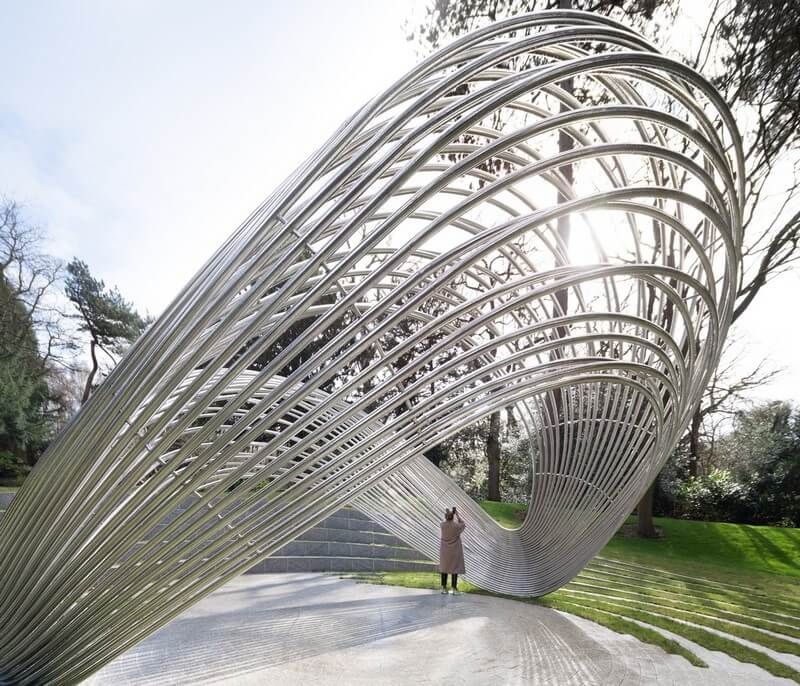 The design of Sousse and Bardo Memorial by George King Architects was inspired by the fluid geometry of flowing water, frozen in place, as if time has stood still at the moment of the two terrorist attacks in Tunisia. At the centre of the memorial is a sculpture titled ‘Infinite Wave’’ which recreates a single wave formed from 31 individual streams, one for each British national who lost their lives in the attacks. 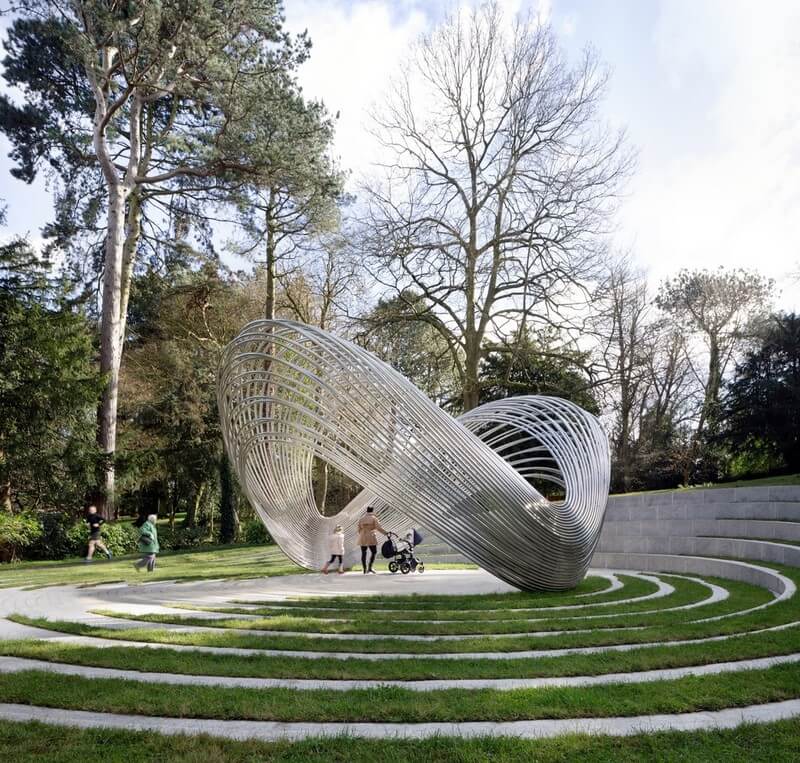 Each stream is formed from a graceful twisting and turning stainless steel tube. This material has been chosen for its reflective qualities which adds to the water like appearance of the form, creating a dynamic sculpture that reflects the trees, sunlight and natural landscape surrounding it. 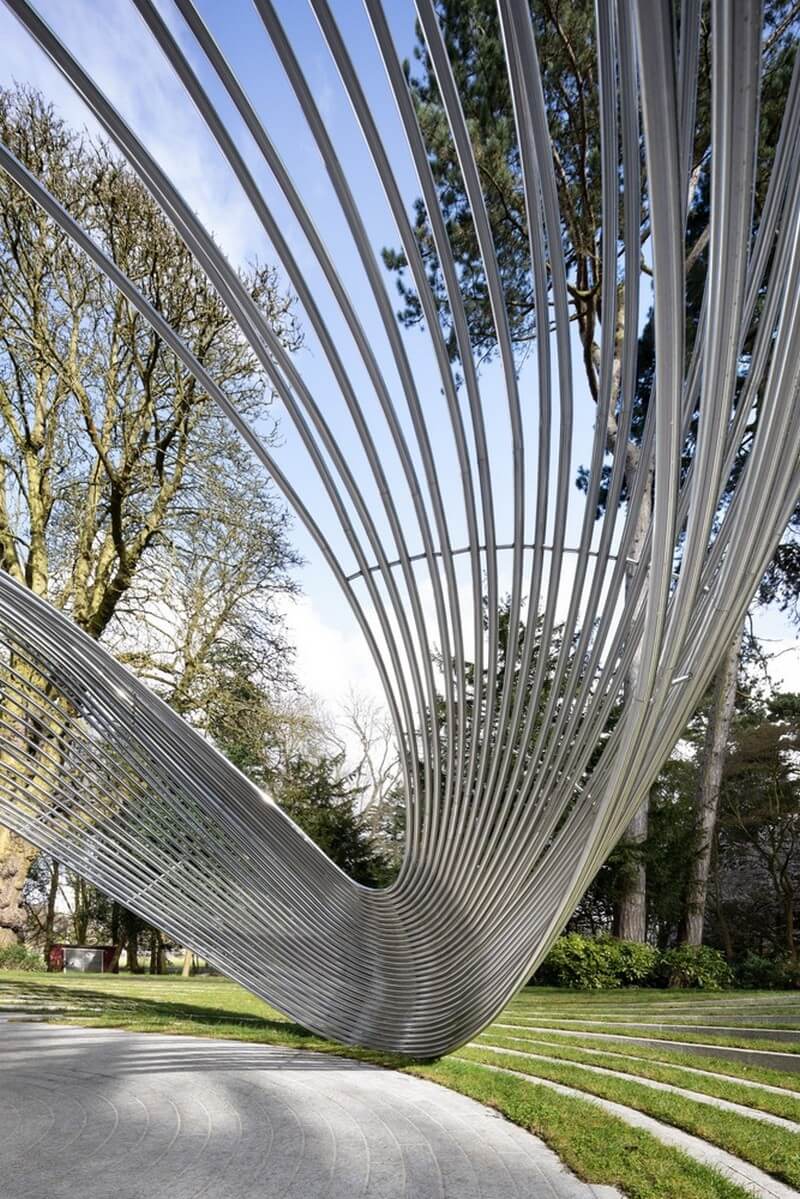 What at first appears to be 31 individual threads are all in fact part of a single much longer continuous stream, eventually looping back in on itself and beginning again. The form of the overall wave has been carefully designed to be appreciated from many angles. In plan it is a pure circular form, a symbol of continuity. When approached from the front the sculpture forms a simple arch which welcomes visitors inside. 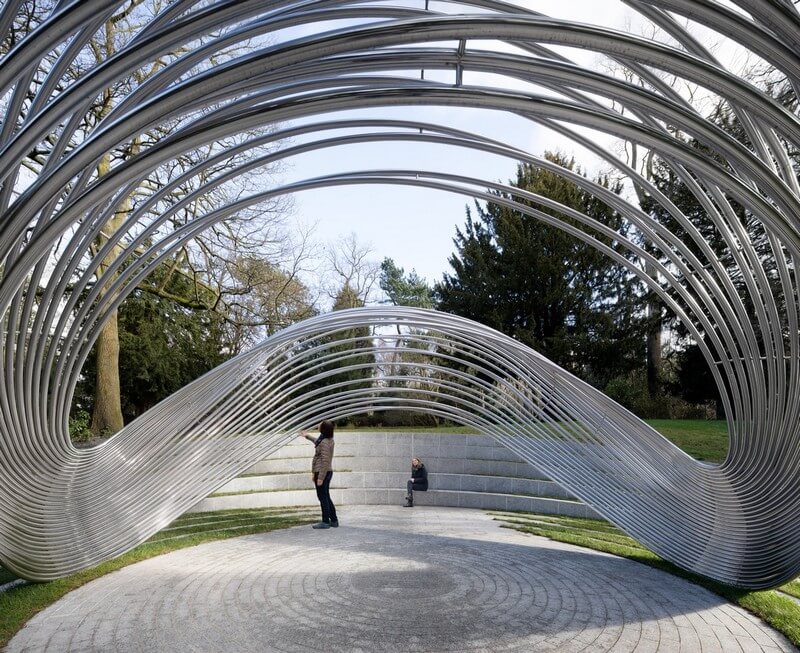 When viewed diagonally the form shifts to create the mathematical symbol of infinity, ∞. As visitors move further around to view the sculpture from the side the form shifts again to create a pair of wings, a symbol of peace and hope. The names of the 31 people who died have been engraved onto each tube. Placed within the tubes are metal capsules containing written messages from families to their loved ones. 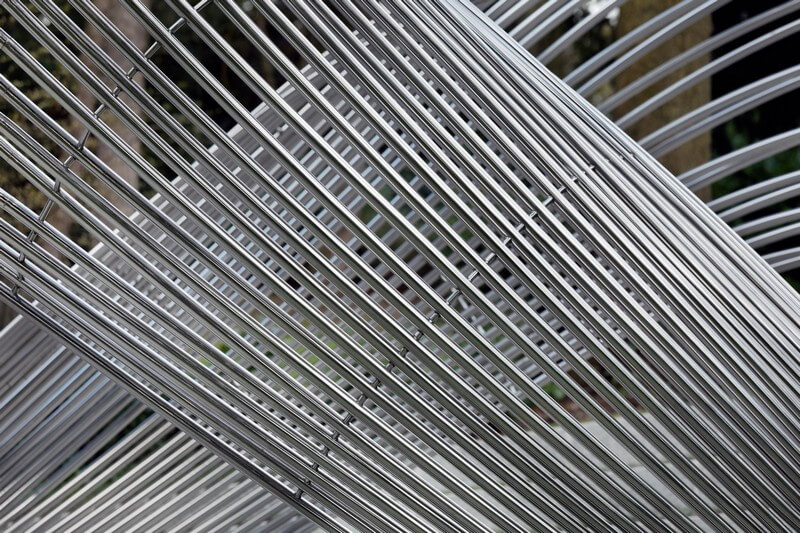 The landscape surrounding the sculpture continues the theme of water. It is conceived as a series of granite ripples that flow in concentric circles from the centre of the sculpture. The ripples represent the impact that the events in 2015 had beyond those that lost their lives. 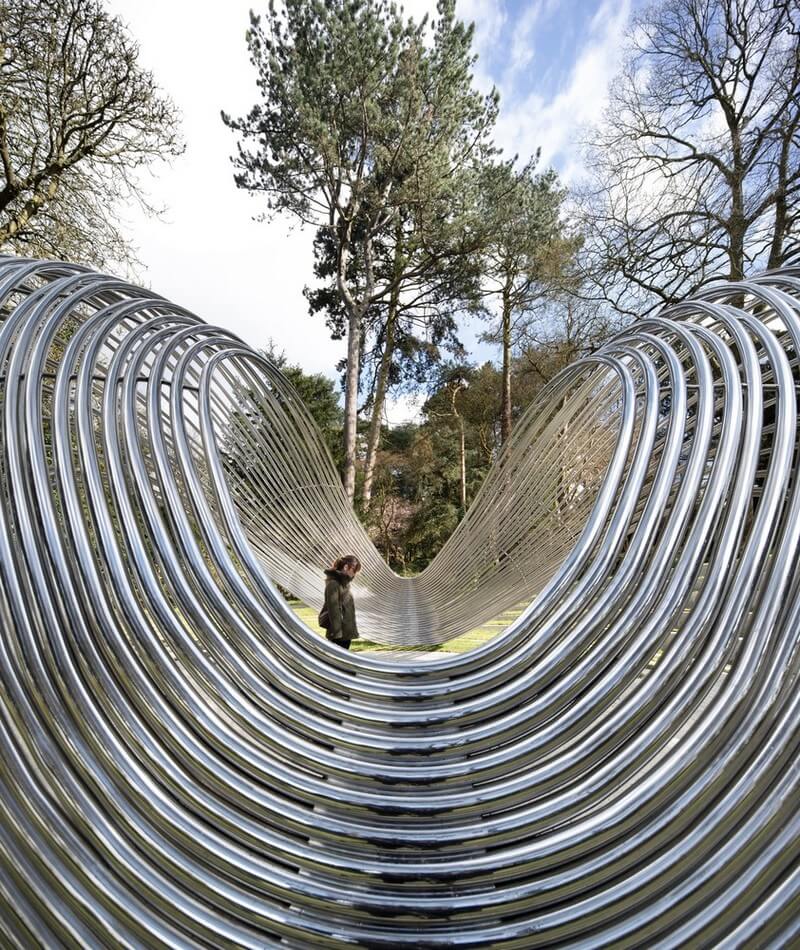 They represent the survivors, the families of the victims, the local communities, the national heartache and the global loss. The ripples continue beyond the memorial in the form of planted borders containing wildflowers and bulbs specifically chosen to bloom each year to coincide with the anniversary of the attacks. 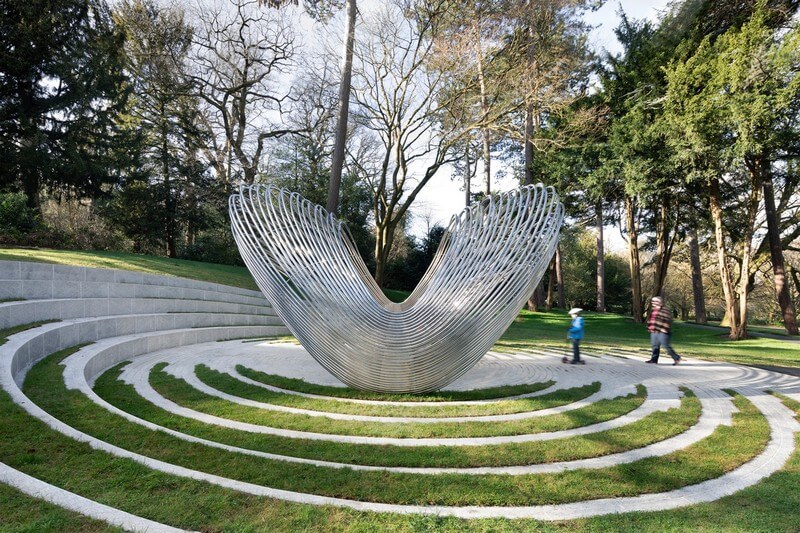 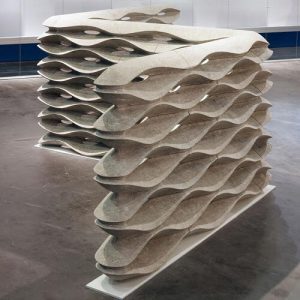 ‘Muri di Pietra’ is a new, ambitious project by Lithos Design. The wall is conceived like a functional and decorative element at the same time, and gains light and depth. The solidity of the stone goes hand in hand with the lightness of the lines and the drillings, creating some ‘light and shadow’.