Stone PolySphere installation, designed by Maurizio Barberio and Giuseppe Fallacara (New Fundamentals Research Group), investigates the potential of digital fabrication applied to the stone industry. Stone PolySphere is a lithic sphere with a diameter of 1.4 meters, composed by a massive hemisphere below and a stereotomic hemisphere above. 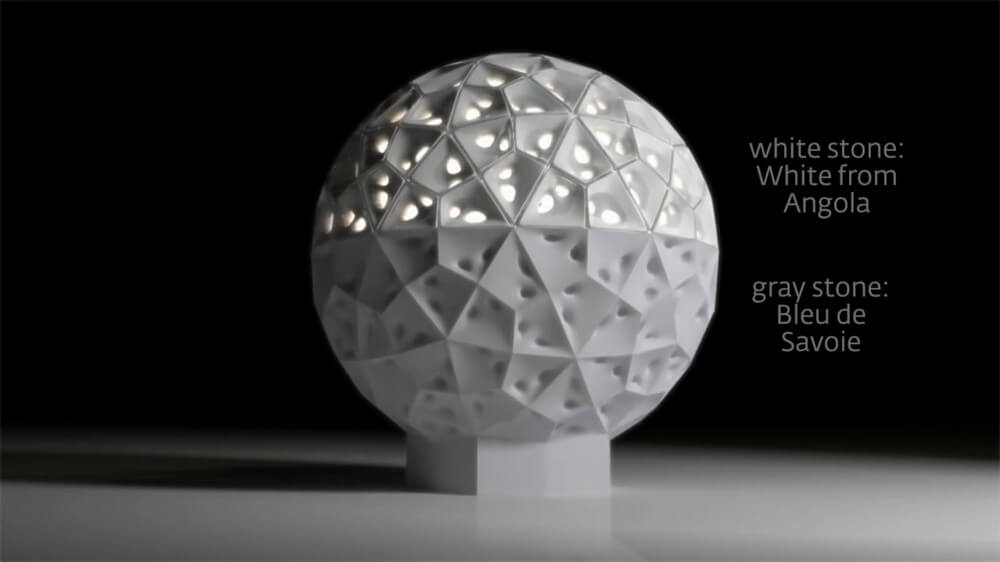 The CNC machine Tc 1100, produced by Thibaut SA, allows the complex machining of all the parts. The massive hemisphere is obtained by sawing and milling a stone piece made of Pierre Bleue de Savoie (1.4 meters wide and 0.8 meters high). The stereotomic part consists of 120 perforated blocks, fabricated by milling four blocks of stone, containing 30 blocks each, in the average size of 1.60 m and 10 cm thick. 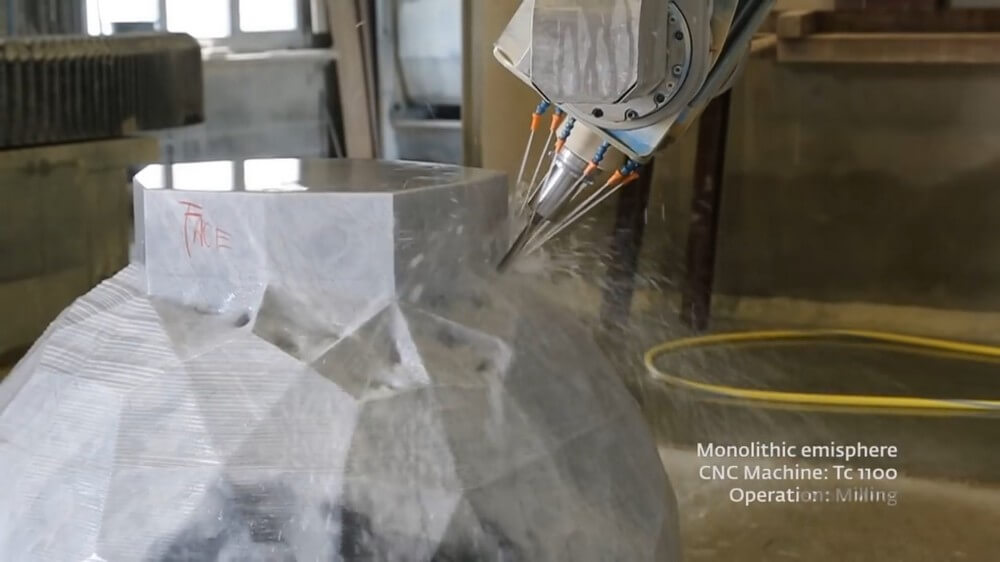 The blocks are two glued layers of stone, which create a two-color effect variation depending on the morphology of the block itself. The stones used are Pierre Bleue de Savoie for the darker part, and Blanc d’Angola for the clearer part. 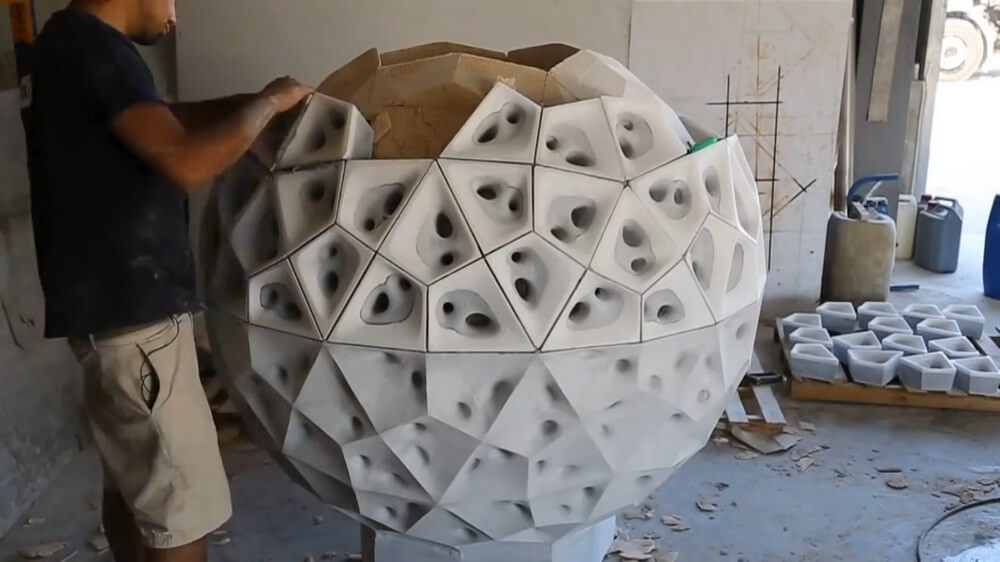 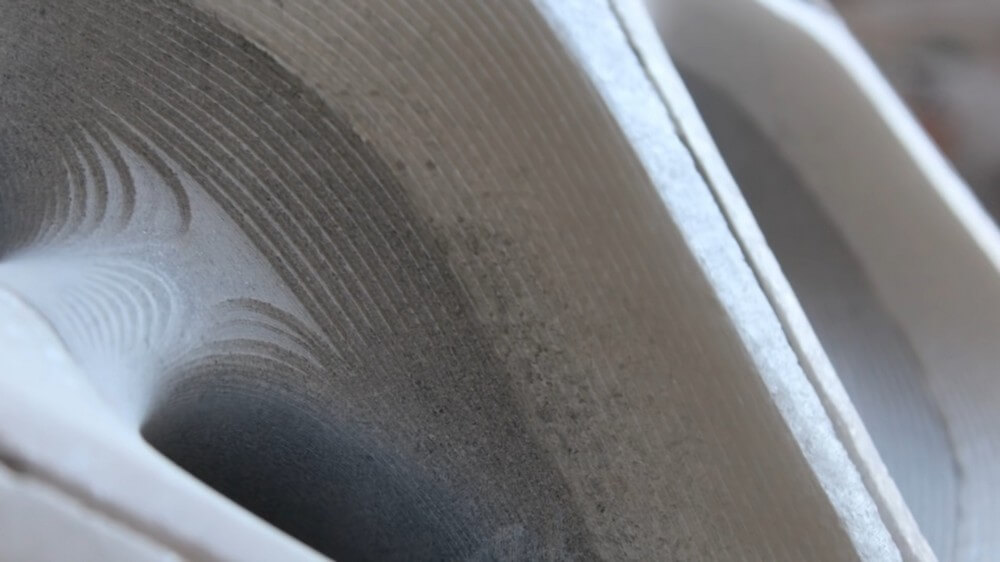