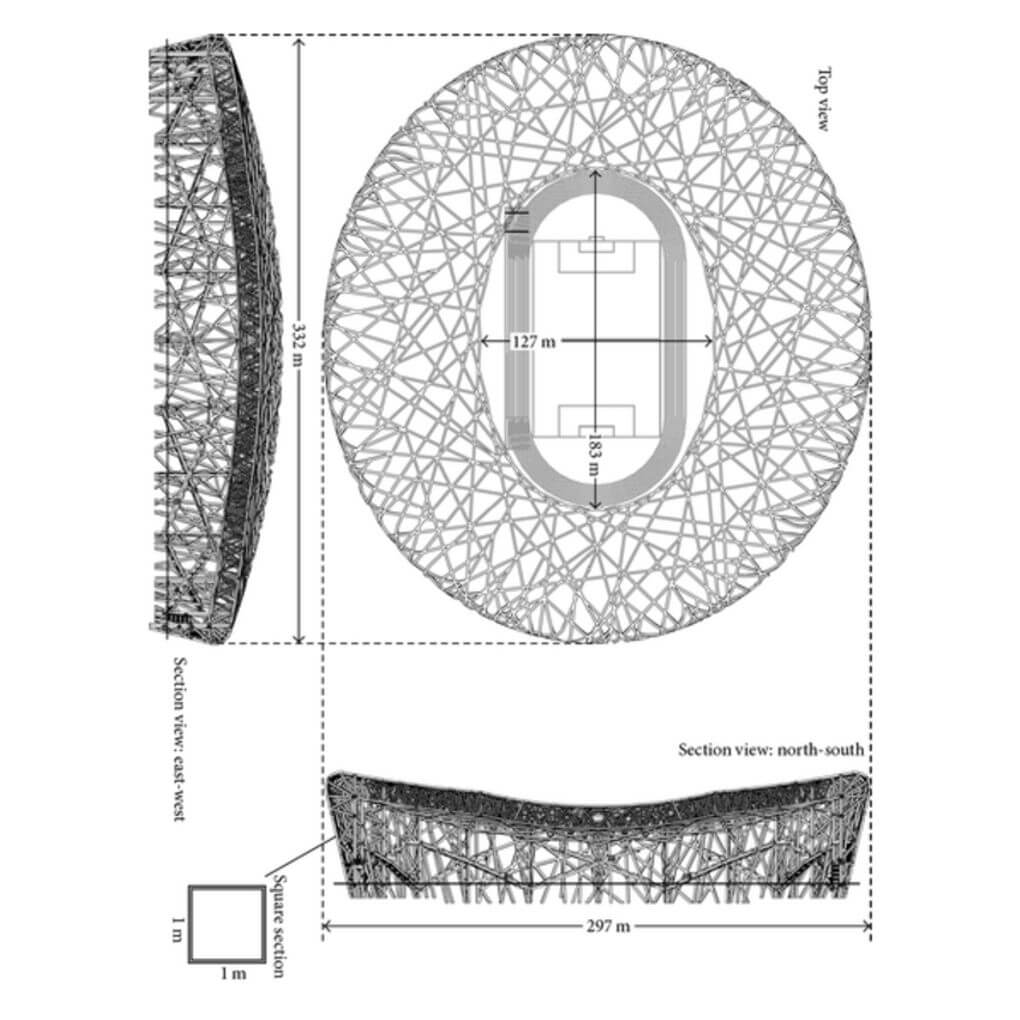 The innovative structure was designed by Herzog & De Meuron Architekten, Arup Sport and the China Architecture Design and Research Group, and has been nicknamed the “bird’s nest” due to the web of twisting steel sections that form the roof. As well as designing a modern stadium, the team was challenged with creating a venue that was part of the culture of China and would put Beijing on the map. 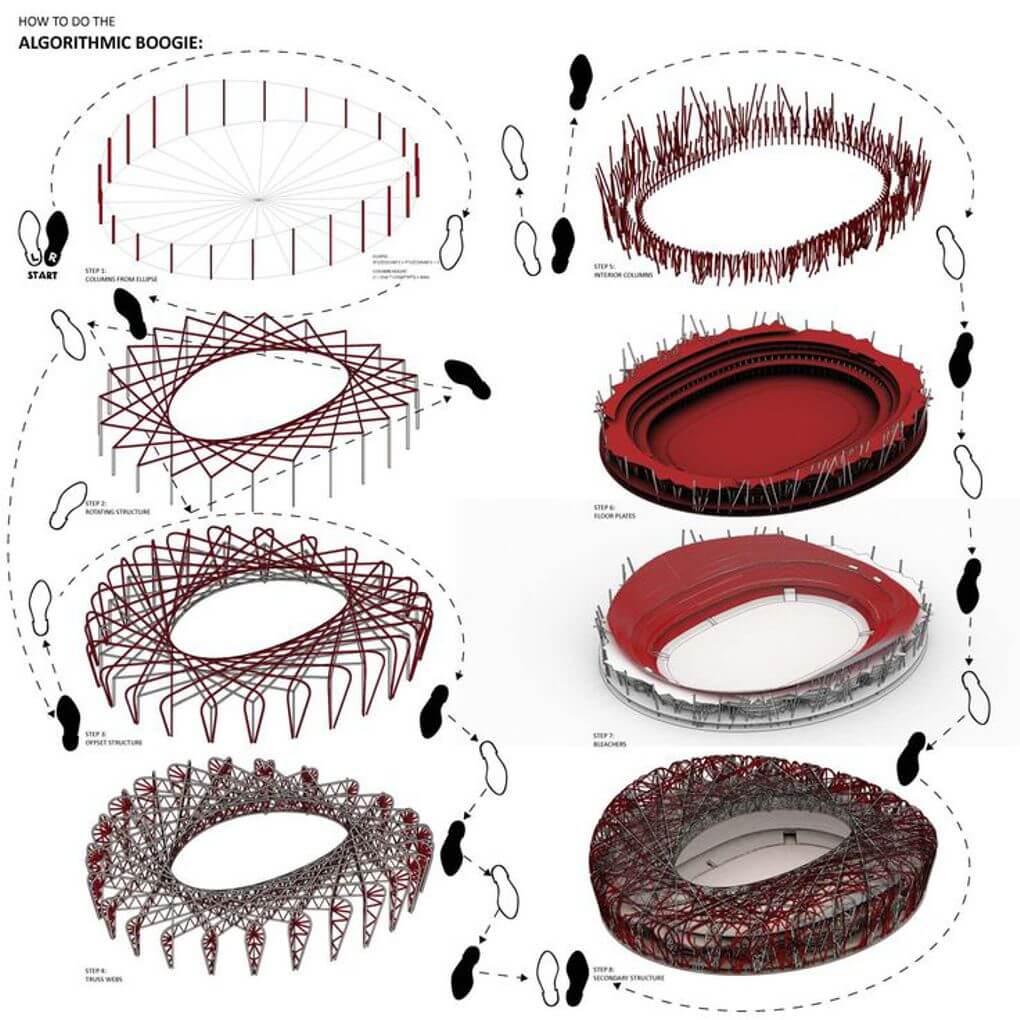 The 91,000-seat stadium was designed to incorporate elements of Chinese art and culture. The National Stadium’s main structure is an enormous saddle-shaped elliptic steel structure weighing 42,000t. The stadium extends 333m from north to south and 294m from east to west, with a height of 69.2m. The stadium design included demountable seats of 11,000. 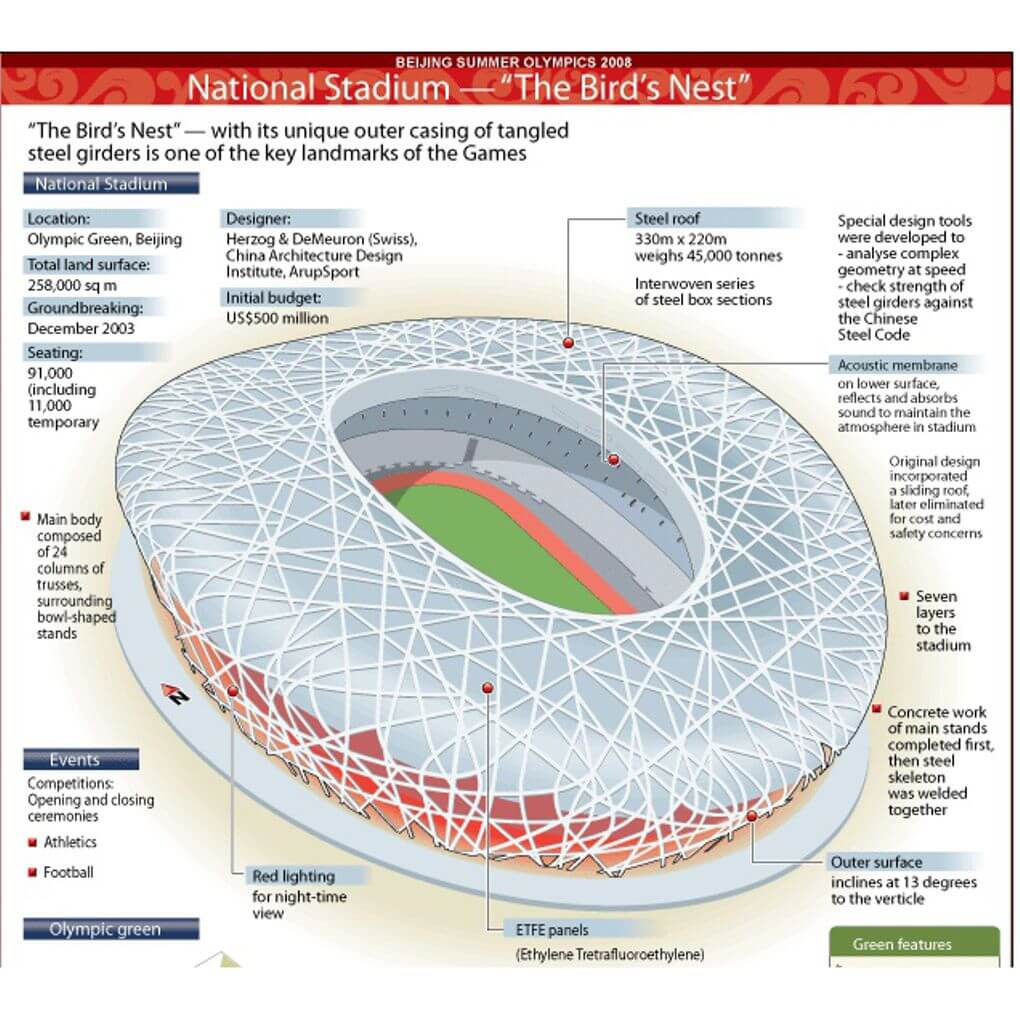 The stadium has two independent structures, a red concrete seating bowl and the outer steel frame around it at a 50ft distance. As this was an Olympic venue, there were many standards that the design consortium had to conform to. Everything from the width of the track to the size and location of the long and high jump pits needed to satisfy the requirements set out by the International Olympic Committee (IOC) and the International Amateur Athletics Federation (IAAF).