teamLab reproduced the Bunkanomori Park building in 3D in a virtual three-dimensional space. The movement of water was then simulated as if it was a waterfall flowing over the shape of the building. The waterfall is then projection mapped onto the actual building. 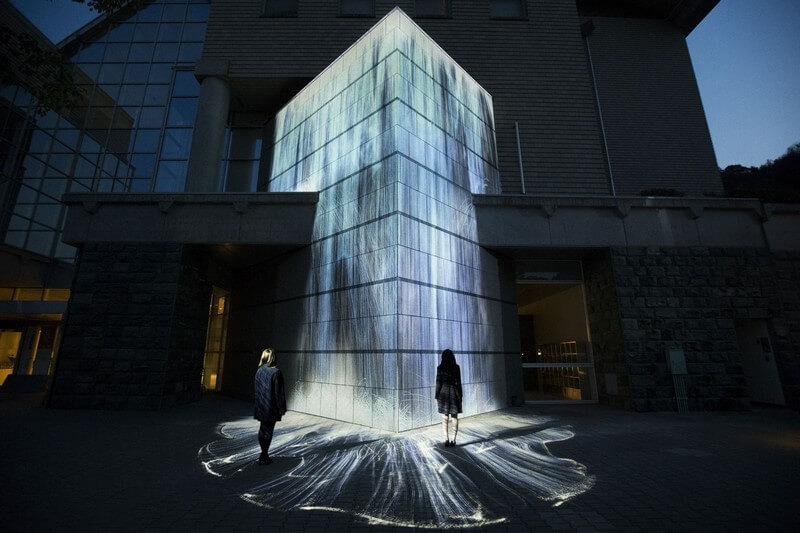 The water is expressed as a continuum of numerous water particles and the interaction between the particles is calculated. Lines are drawn according to the behavior of the water particles. The cumulation of lines that represent the waterfall are then “flattened” in line with what teamLab considers to be ultrasubjective space. 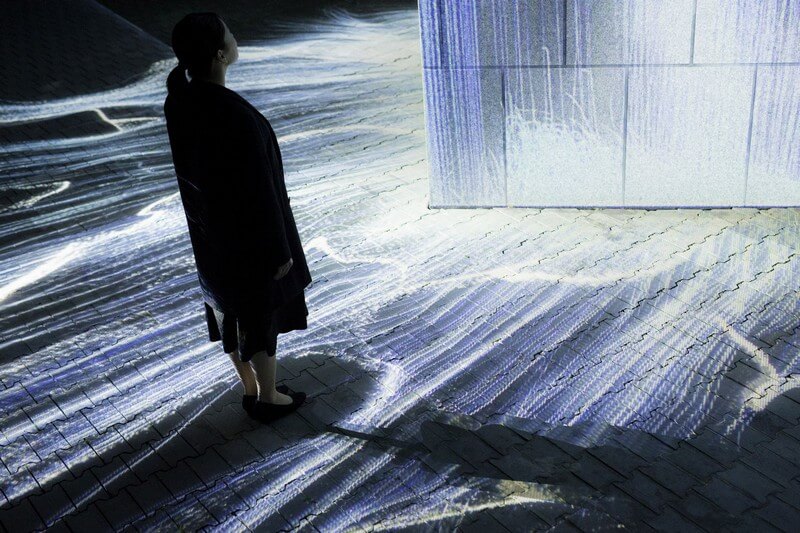 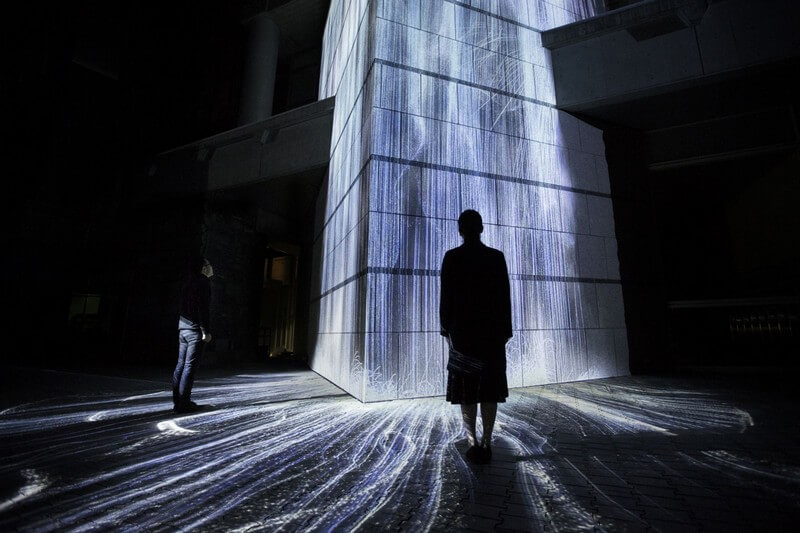