Steampunk is a pavilion constructed from steam-bent hardwood using primitive hand tools augmented with the precision of intelligent holographic guides. Designed by Gwyllim Jahn, Cameron Newnham (Fologram), Soomeen Hahm Design and Igor Pantic with Format Engineers, the installation was built for the 5th edition of Tallinn Architecture Biennale (TAB 2019) in Estonia, and will remain in place until the Biennale’s next edition in 2021. 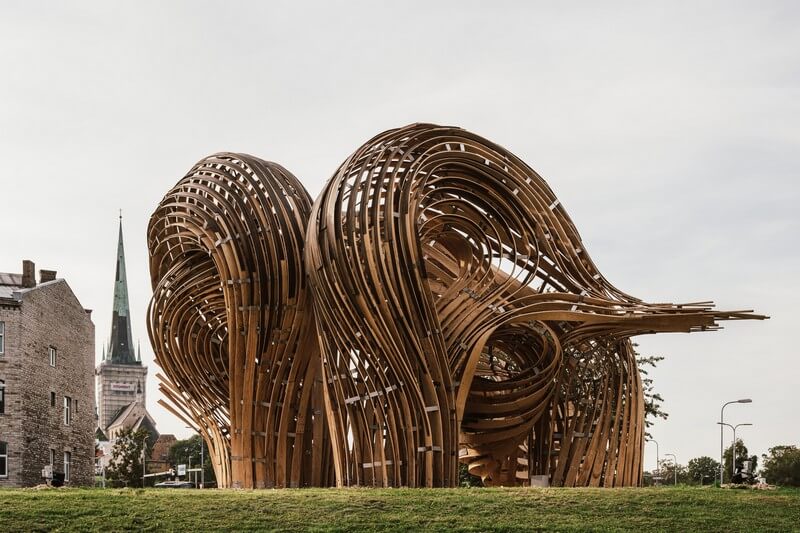 As the designers of Steampunk they have not produced drawings or lines of CNC code from which parts of their design might be cut, printed or assembled and instead have developed an experimental approach to materialising architecture that serves as a deliberate polemic in the context of robotic production and automation. 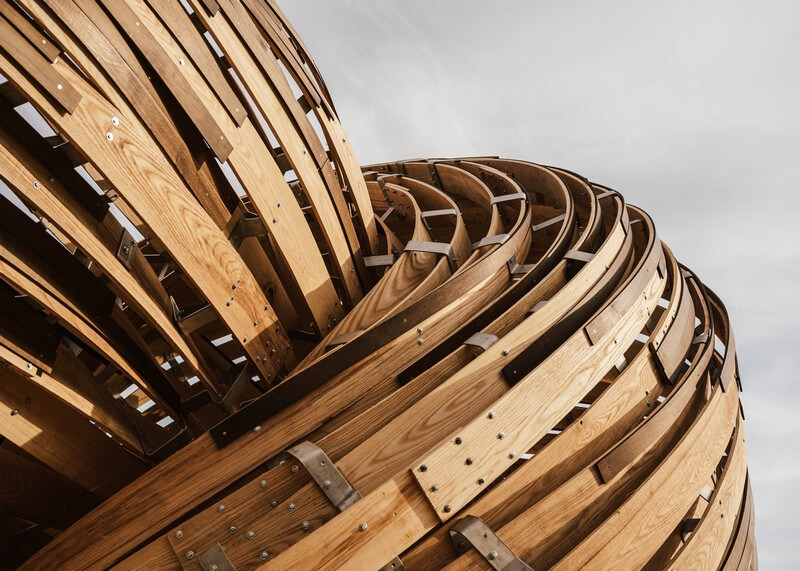 While computer aided manufacturing and robotics have given architects unprecedented control over the materialization of their designs, the nuance and subtlety commonly found in traditional craft practices is absent from the artefacts of robotic production because the intuition and understanding of the qualitative aspects of a project as well as the quantitative is difficult to describe in the deterministic and explicit language of these machines. 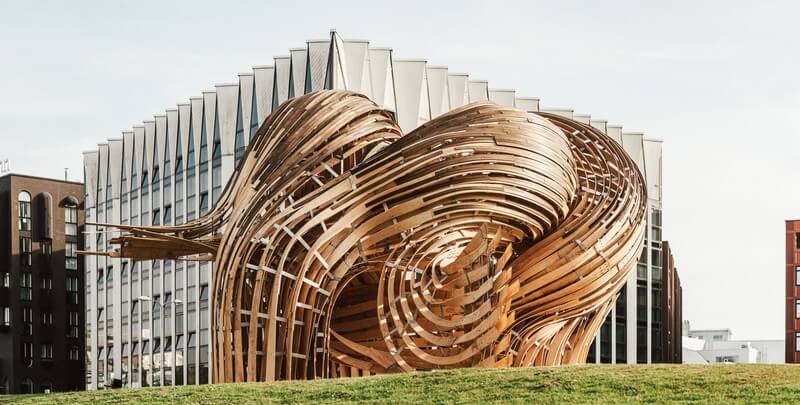 By rendering digital models as holographic overlays directly within construction environments, fabricators can use their own expertise and inventiveness to produce highly intricate and complex objects entirely by following these holographic guides using relatively primitive analogue tools. 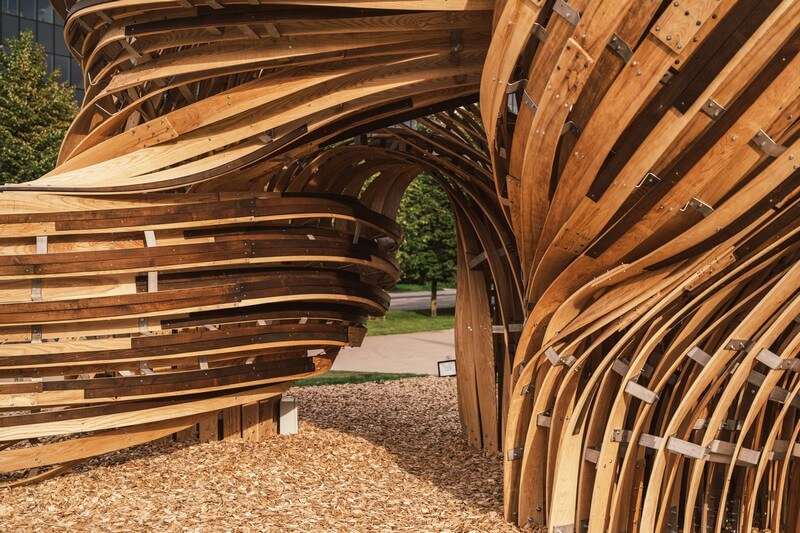 This approach removes the necessity of anticipating every aspect of material behaviour in digital models and in so doing leaves open a certain degree of indeterminacy as material affects are discovered, desired and amplified during construction. It is this liberation of digital expression from the constraints of digital fabrication, together with the opportunity for nuance and material affects derived from material craft, that drive the architectural effects of the pavilion. 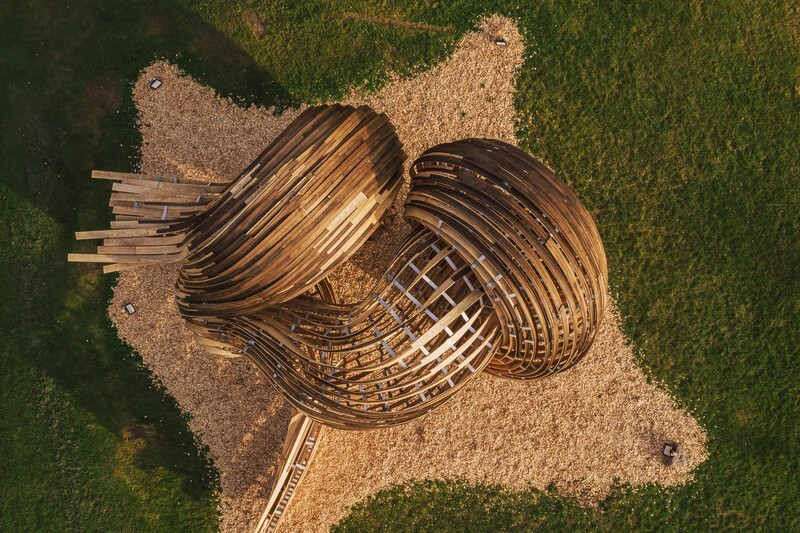 The plan of the pavilion is a cross that divides the grassy mound of the Biennial site into four distinct spaces that frame views towards the old city of Tallinn and the Architecture Museum. The variable surface effects in the pavilion are a product of expediency, as bending three dimensional curves from straight 100x10mm boards forces the timber profile to twist along its length. 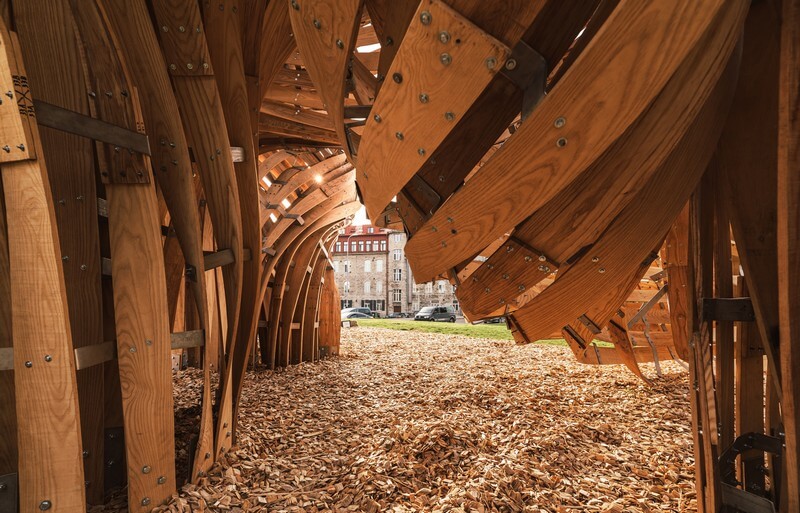