2Department of Architecture and Civil Engineering, University of Bath, UK

In this paper, a detailed comparison is carried out between established (‘lift up’, ‘push up’ and ‘ease down’) as well as novel (‘inflate’) erection methods for strained grid shells by means of FE simulations and a 3D-scanned scaled physical model in order to evaluate key performance criteria such as bending stresses during erection and the distance between shell nodes and their spatial target geometry.

These investigations were carried out on a case study of a dome with a 30m span, 10m pitch and constant double curvature.

A detailed description is provided of the developed simulation approach, which makes particular use of contact springs for a structural system subject to large deformations, in the SOFiSTiK FE software environment. 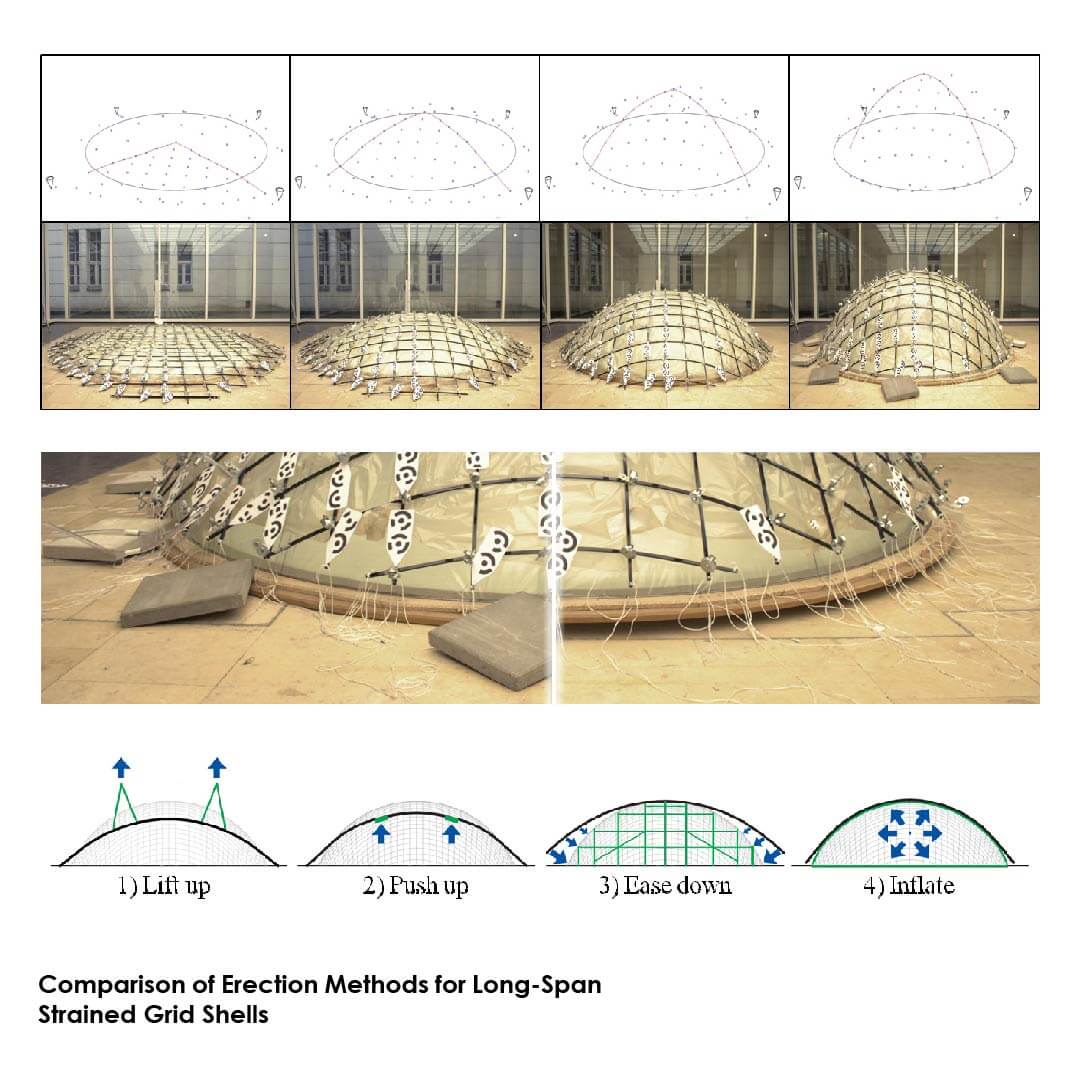 It is shown for the ‘lift up’ and ‘push up’ methods, that maximum bending stresses are most likely to occur during the erection process and not during end-state static load cases.

This risk of beam-overstressing for existing erection methods along with challenges caused by modern safety restrictions, scaffolding costs and build duration can be drastically reduced or even eliminated by making use of inflated pneumatic cushions for the erection of strained grid shells.

Furthermore it is argued that the use of pneumatic falsework has the potential to once again facilitate large-span strained grid shell structures such as have not been realised since the likes of the extraordinary “Multihalle Mannheim” (Happold and Liddell).

It is claimed that the overriding constructional benefits of strained grid shells, such as low material usage and fabrication simplicity, are undermined by the methods typically used for their erection. 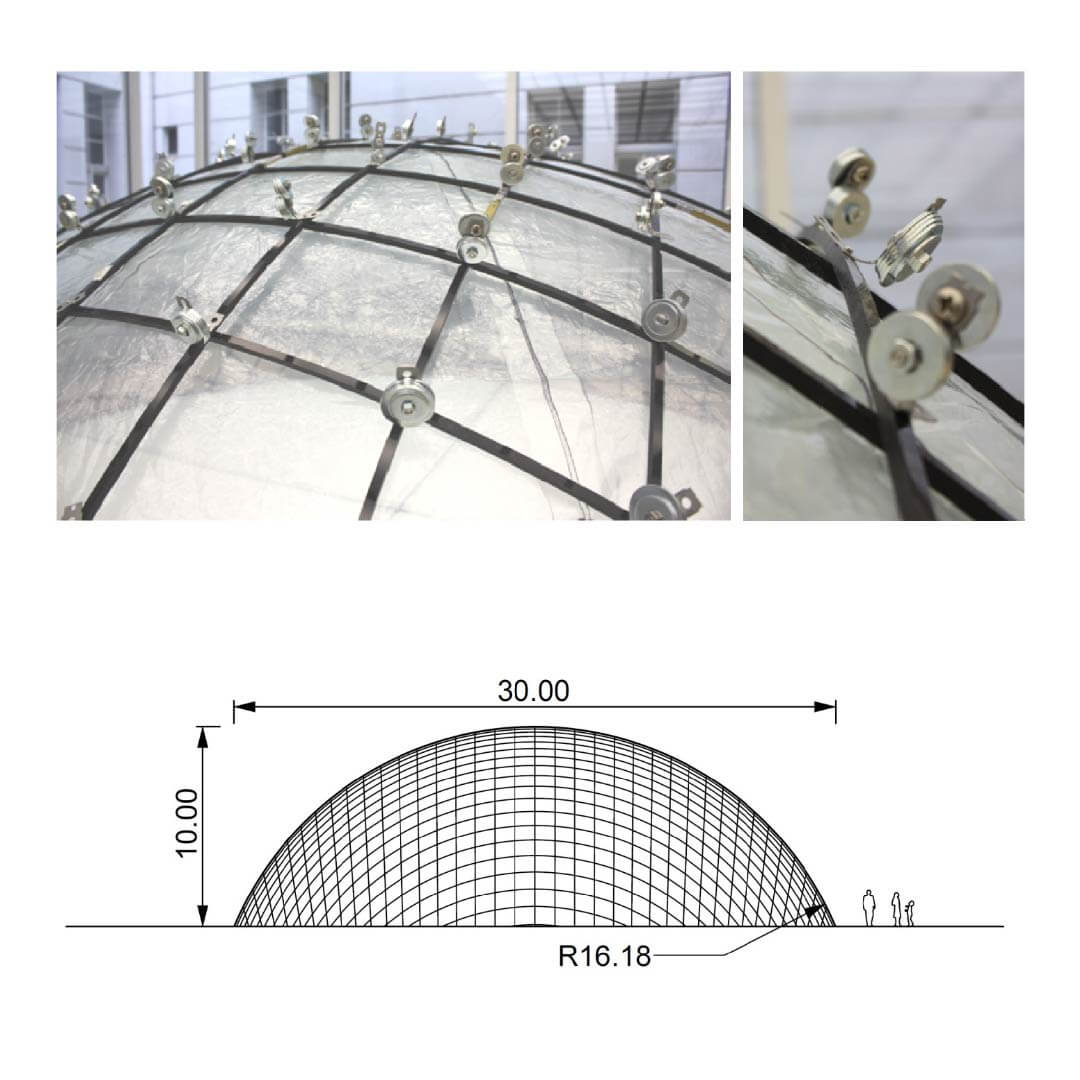 In this paper reference is made to ‘strained’ grid shells, while in literature the term ‘elastic’ grid shells is also used often.

While both are valid and interchangeable terms, the high probability of creep relaxation after erection means that the amount of elastic recovery can be very limited and subsequently ‘strained’ is deemed a more accurate engineering description for the behaviour.

There are three tried and tested ways to erect a strained grid shell: ‘lift up’, ‘push up’ & ‘ease down’. The practicality of each method and the effect on structural behaviour varies.

While the benefits and caveats of each erection method have been compared qualitatively (Quinn and Gengnagel, Harris et al.), so far no quantitative comparison of the erection methods exists. 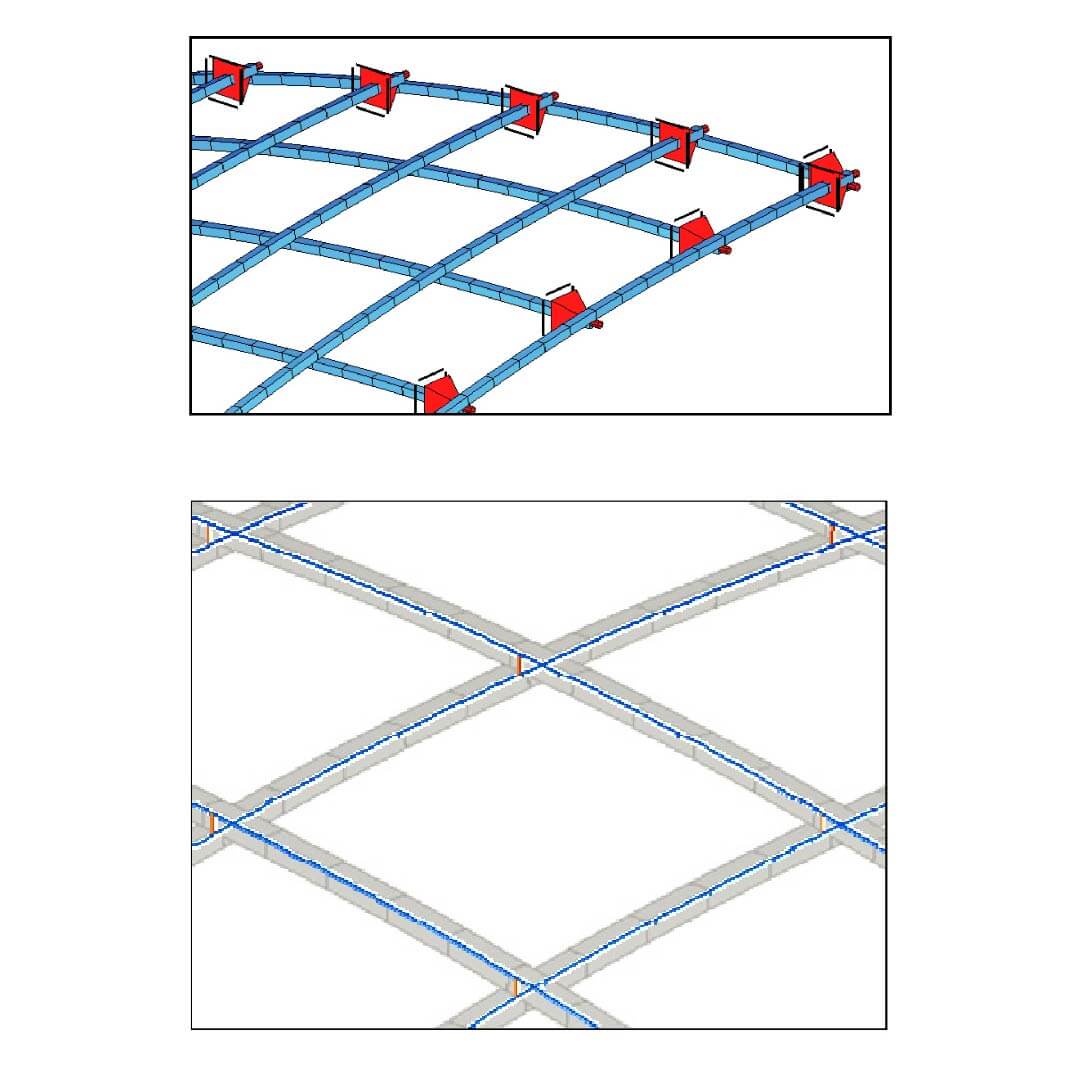 This paper provides a detailed write-up of a series of finite element simulations developed in order to compare said established erection methods.

Although the idea of pneumatic falsework for the erection of strained grid shells (‘inflate’) has been considered before (Otto), the work presented in this paper presents the first ever practical experiment of the proposed method.

The complex challenge of finding meshes suitable for strained grid shells of equal edge lengths with controlled curvatures has been well investigated and documented. 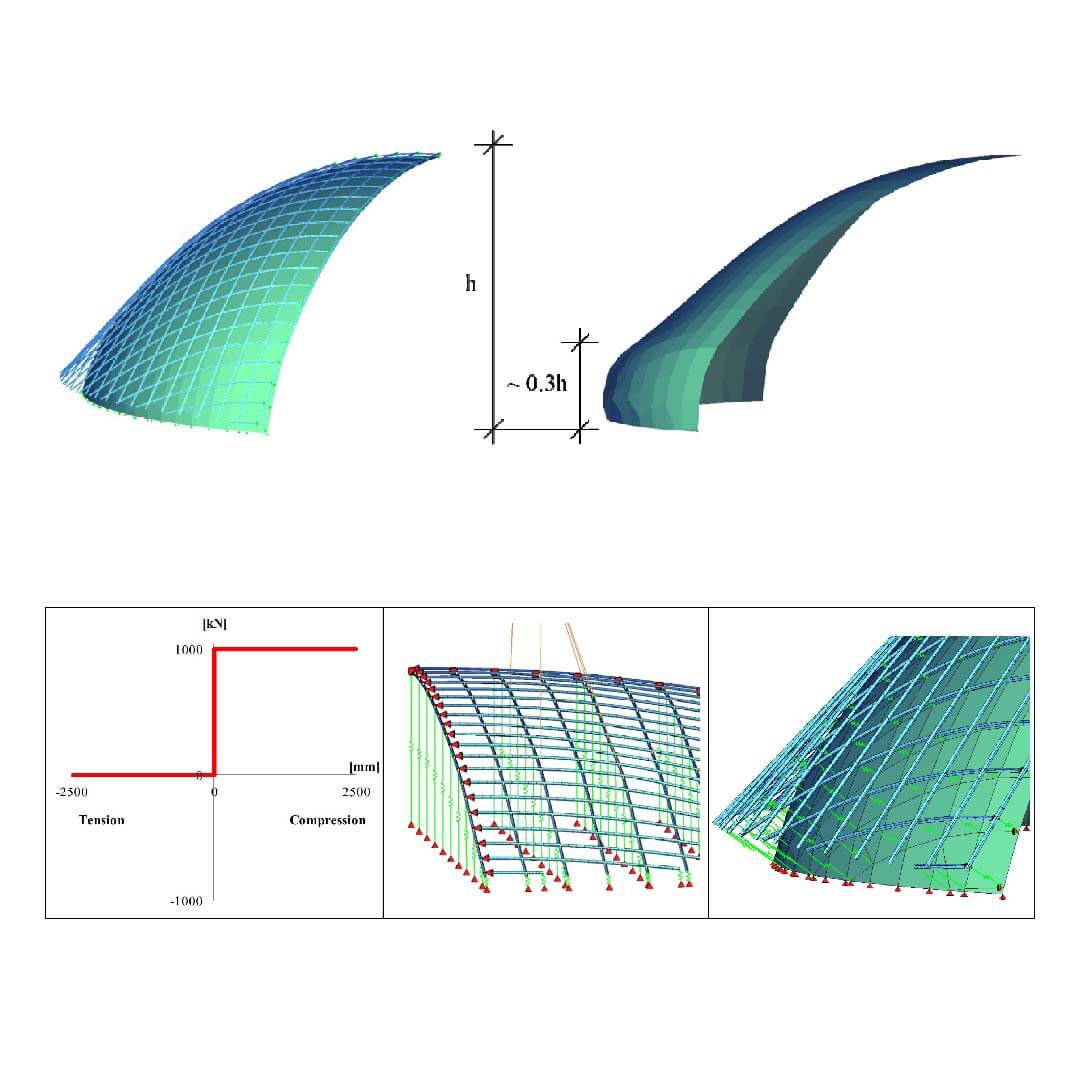 Finding the most suitable approach for the complex interaction between a strained grid shell and an underlying pneumatic falsework raises many similar questions.

A primary challenge lies in the development of a simulation approach which is able to establish force equilibrium between a pneumatically loaded cushion interacting with an actively bent grid of laths with embedded strain energy.

This novel challenge combines principles of form-finding and large deformations. Simulation of contact in particle spring systems can be achieved by defining proximity limitations between particles or by manipulating their acceleration to zero when close to another body.

The approach presented in this paper using FE and contact springs has proven successful however investigations by the author are ongoing.