Active Bending, A Review on Structures where Bending is used as a Self-Formation Process1

2Chair of Structural Design and Technology, University of the Arts Berlin, Germany 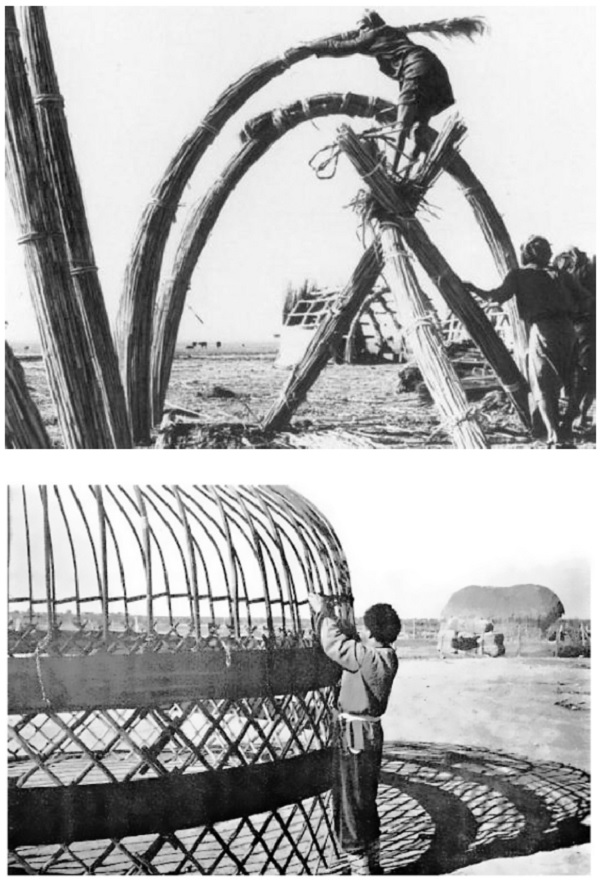 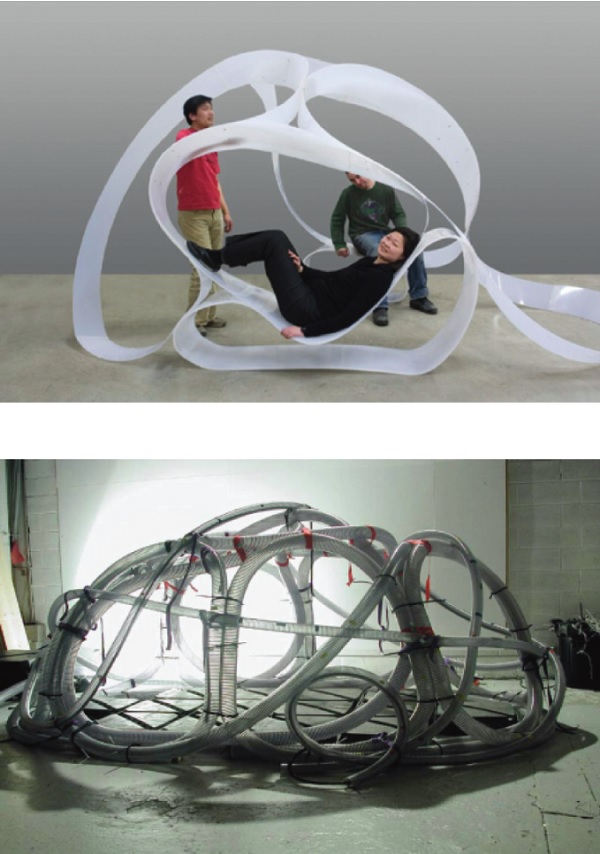 Different approaches to bending-active structures are defined and described. By making this work accessible and categorising it, this paper aims to contribute to an emerging development.

A differentiation of such structures is suggested based on their design approaches. Three such approaches are differentiated: the behavior based approach, the geometry based approach and current research that seeks to integrate the two. In this paper the nature of these approaches and some important project samples are discussed. 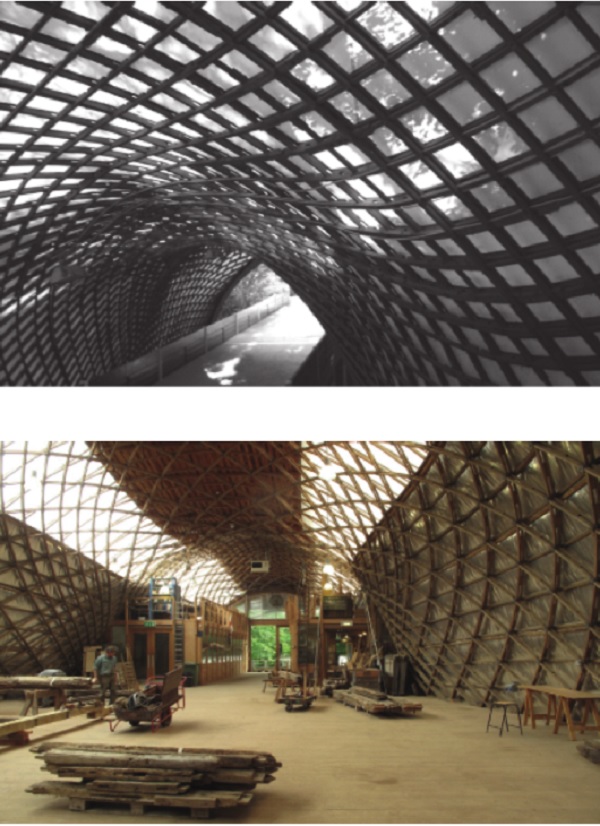 Active bending is understood to be systemised elastic deformation i.e. bending. The main motivation behind using it lies in the simplicity of producing curved elements. In the past, the lack of alternative manufacturing techniques for curved building components or entire structures made active bending a widely spread and recognised building technique.

Today, economic reasons, advantages in transportation and the assembling-process, as well as the performance and adaptability of the structure, support the use of active bending. 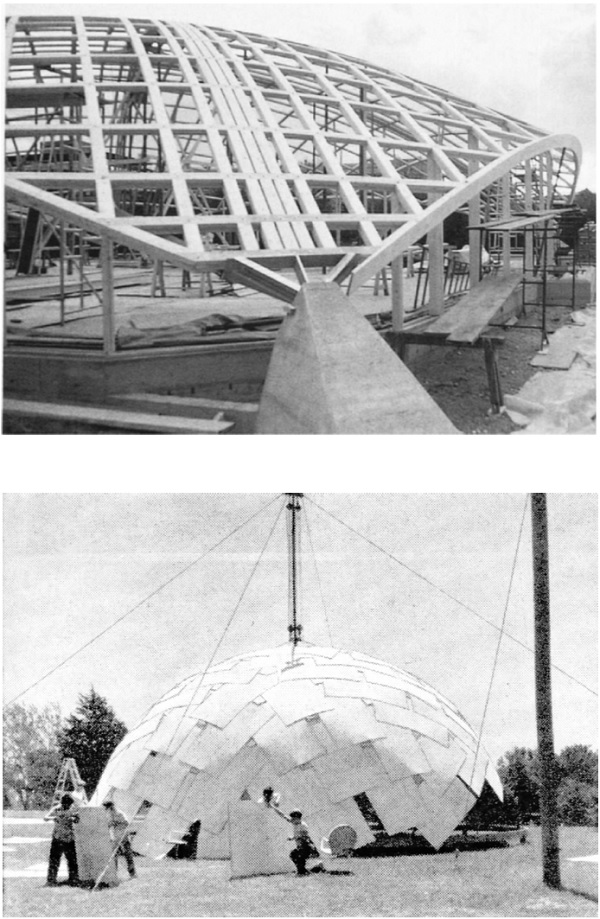 While various empiric construction methods known from vernacular architecture make use of the elastic behavior of their building materials, only few such examples are to be found in 20th century architecture.

Here, the use of elastic deformation is mainly utilised as an economic construction method for double curved shell structures whose forms were developed and approximated by hanging models or simple analytical approaches. 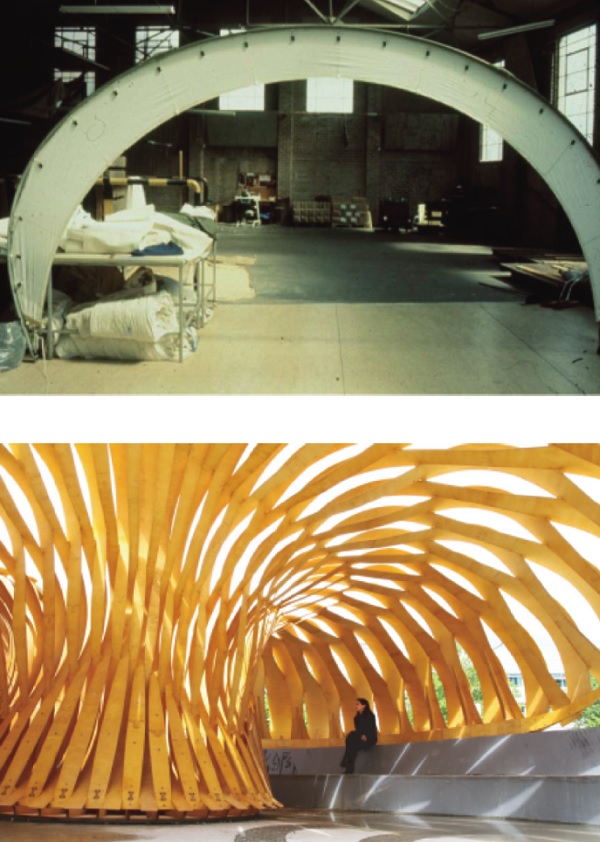 Recent developments in simulation techniques now render it possible to form-find and analyse structures that derive their complex curved geometry solely from an erection process in which they are elastically deformed.

This has formed the basis for various explorations that include new types of surface- and gridshells, hybrids composed of membranes with elastically bent battens, and various types of adaptive and elastic kinetic structures.

On a structural level, they are curved structures that are influenced by residual stress in their load bearing capacity and behavior, which may, in most cases, not be summoned or compared on the level of structural typologies.

Yet, they all share the approach of creating curved geometries based on straight or planar building elements by means of bending, within the elastic range of a certain material.

On this level of a material driven design approach, a number of strategies can be differentiated which will be used to relate the projects presented in this review to certain groups and building periods.