Figure 31: The Sony Dog and a model of Frei Otto’s tree structures in an exhibition at Yale University, USA, 1960

In order to achieve greater stability and structural efficiency, engineers use nature as an inspiration for their design. Considering the level of sustainability in biological systems, they analyze their structural behavior, browse for compatible analogies with technical systems, abstract the observed physical and mechanical principles, and implement these principles into the final product.

This process defines the bionic design approach. The term “bionics” refers to the scientific discipline that addresses the transfer of properties from biology to technology. This thesis aims to study the theoretical fundamentals of this concept, explain its methodologies, and demonstrate its applicability in architecture. 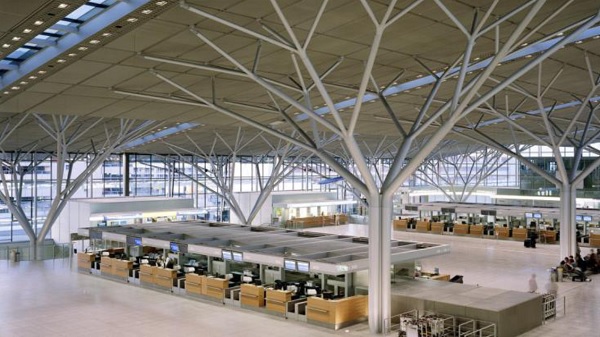 Through the assessment of bionically built shell structures, the different steps of the design process are illustrated, and the elements of each analogy are evaluated on both biological and technological ends.

The chosen examples in this thesis incorporate concrete, masonry, steel, and timber structures. Multidisciplinary literature is reviewed to deliver a thorough explanation for each design project.

Figure 45: Fold structures in nature and architecture – The palm tree leaf and the design model of the convention center Luxembourg

Based on this research, the structural benefits that characterize certain biological systems can be transferred into architectural design, and improve the load bearing capacity of shell structures in particular, using the bionic approach.

Nature has always been a source of inspiration for designers from different disciplines. The innate tendency to follow the model of nature has majorly affected the urban landscape and the evolving image of our surroundings, especially in terms of architectural development. 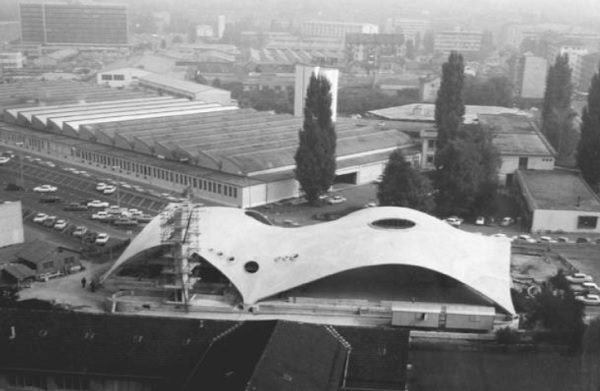 Zaha Hadid, for instance, known for the seamlessness and fluidity in the design of her structures, found inspiration in “the complexity of form in nature, Arabic calligraphy, and the natural seamless flow of the landscapes in Sumerian village, Iraq that happens between reeds, water, and sand”.

However, this type of inspiration usually seems to reflect only on the aesthetics and the appearance rather than the functioning of the product, whether it is a building, a machine, or any other object.

Figure 82: The ceiling of the zoology lecture hall

Alternatively, the bionic design approach suggests a way to exploit nature in a deeper manner that involves the implementation of technical solutions given by biological systems and natural models, from macroscopic organisms like animals and plants to nanostructures and conglomerates on the atomic level.

This concept of “biologically inspired” innovation focuses more on the abstraction of functionally beneficial features found in nature that can help develop a more efficient design of a certain structure.

Figure 91: From the giant clam to the restaurant

Bionics, the science that addresses the transfer of the abstracted principles from biology to technology, is a relatively new discipline. Therefore, most of the related academic publications and research papers on this topic are recent and adhere to contemporary developments and challenges in technology. 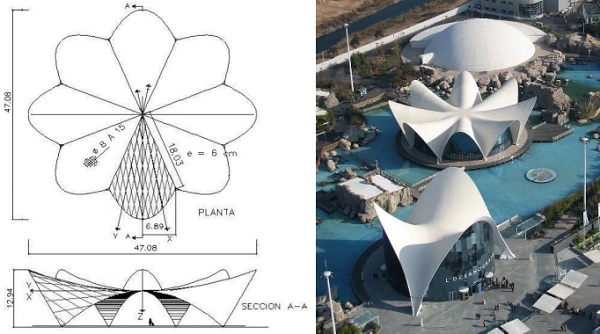 Figure 93: The structure of the Submarine Restaurant of L’Oceanogràfic

Reference books of Werner Nachtigall, Julian Vincent, Janine Benyus and several other researchers who helped popularize the concept of bionics across the world date mostly from the early 21st century, establishing a newly founded knowledge base for multidisciplinary applications of bionic projects with up-to-date concerns.

A particular concern of civil engineers and architects for which the bionic design approach can potentially present valuable solutions to, is the stability and the structural efficiency of buildings in terms of load bearing capacity.

This thesis aimed to demonstrate the impact of turning the inspiration from nature from a simple subjective motivation into an organized process, according to which a building is designed.

Figure 131: Bubble clusters, intersection of bubbles with sphere, and Radiolarians

After determining the analogy between a biological system and an envisioned technical system, the designer abstracts the observed phenomena and key characteristics into generalized rules and principles, before applying them accordingly in the design process, in order to obtain a similar effect in terms of structural performance.

The research emphasized these three steps of the transfer process in each of the studied examples to explain and illustrate how the analysis of structural models provided by nature can lead to structural efficiency in buildings. 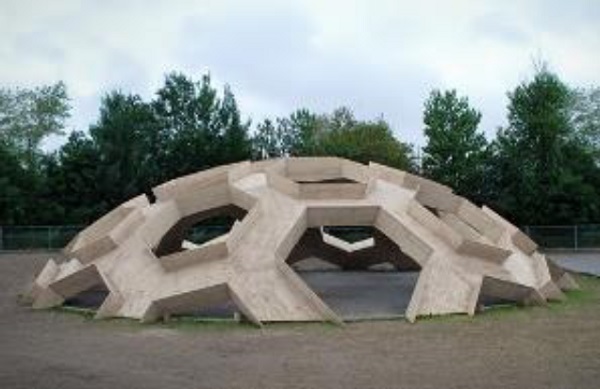 The multidisciplinary aspect of bionics, and the fact that it has only been introduced as an organized scientific branch a few decades ago, denotes a tremendous potential of improvement and certainly a wide range of research possibilities.

Besides the environmental impact and the energy efficiency related benefits of new bionic projects, which are assessed in a dominantly large number of articles, civil engineers and architects may find further research addressing the efficiency of bionic design on a purely structural level particularly interesting.

Other types of structures besides shell structures can be evaluated for possible correlations with certain biological systems.

Beyond its technical aspect and theoretical research input, bionics as a concept defines a new way to observe nature, which goes from being a generator of physical resources to a model from which structural solutions and technological innovations can be inspired. 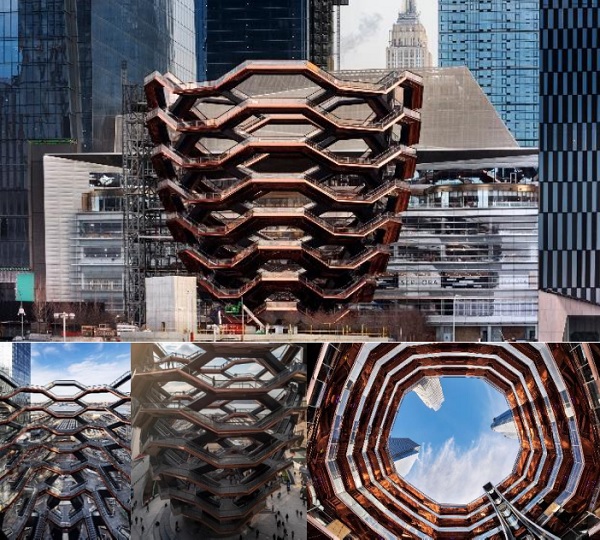 The noticed relevance of the smallest similarities in form and function with technical systems and the adaptability of biological principles in industrial design, draws the motivation to explore the natural models surroundings us with an entirely different vision, and leverage them with consciousness and belief that they might just provide solutions scientists have long been looking for.