Bodies in Formation
the material evolution of flexible formworks 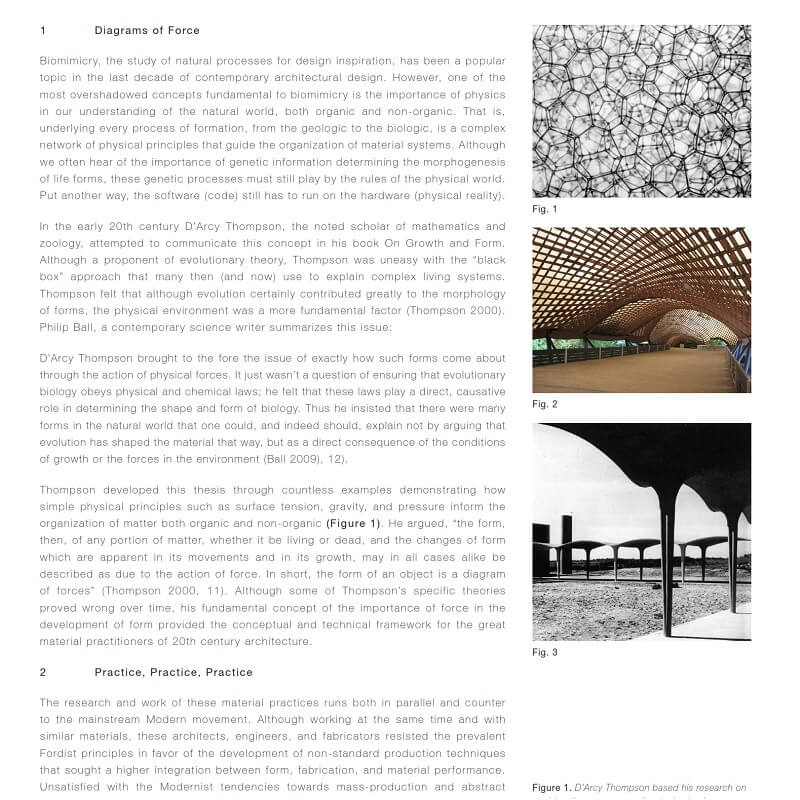 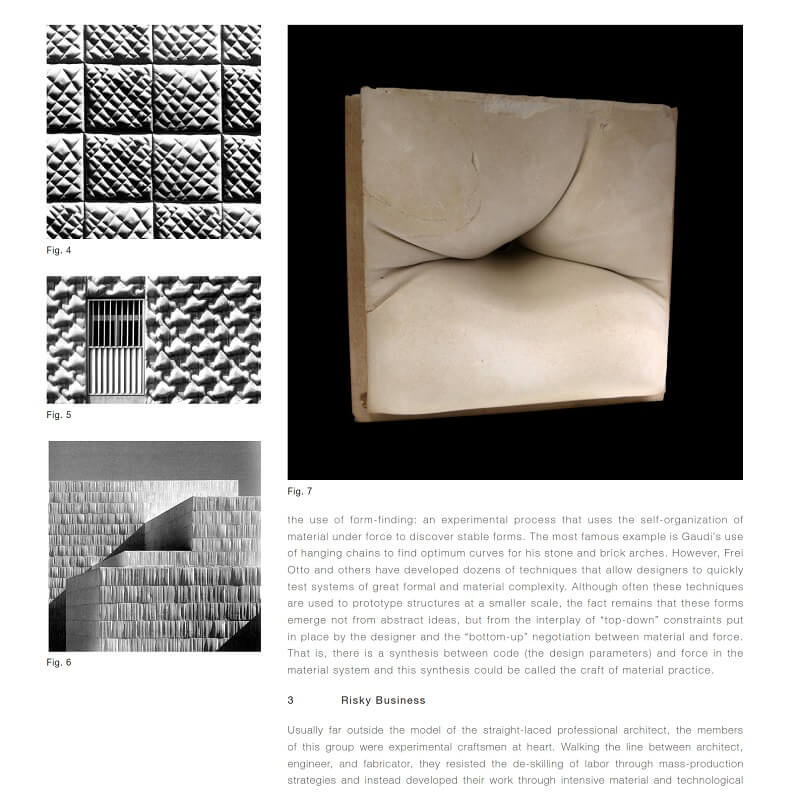 This tripartite synthesis between geometry, making, and performance has emerged as one of the central themes of contemporary architecture and engineering. Borrowing ideas of morphology from biology and physics, 20th century architectural innovators such as Antoni Gaudi and Frei Otto built a legacy of material practice that incorporated methods of making with material and geometric logics. 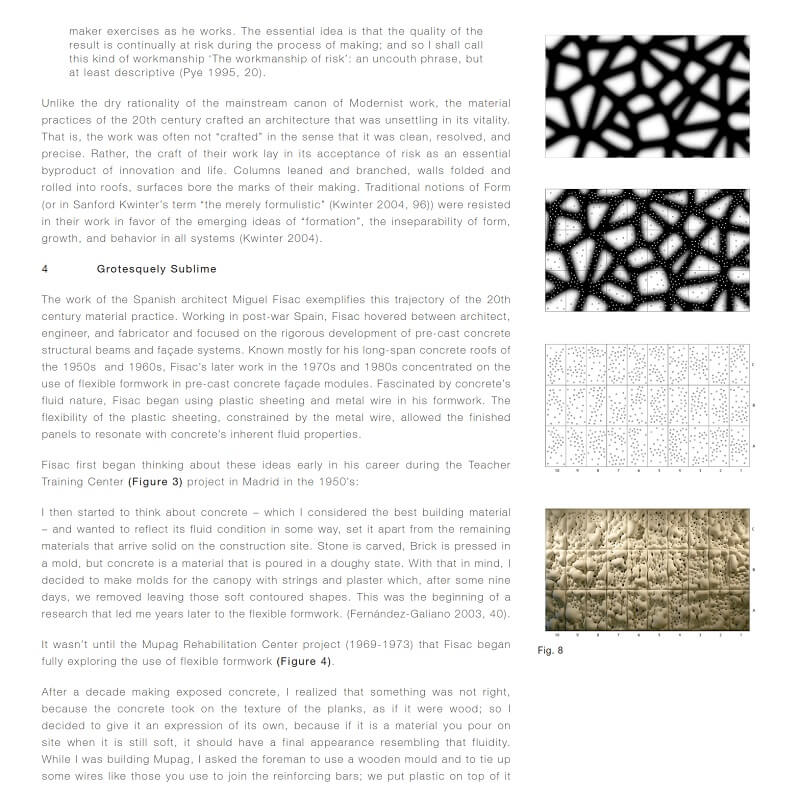 The emergent effects (and affects) produced through these highly integrative practices serve as the basis of much of the research and design at Matsys. Building on the flexible formwork research of Miguel Fisac in the 1970s, the P_Wall series by Matsys explores the use of digital tools in the generation and fabrication of these bodies in formation. 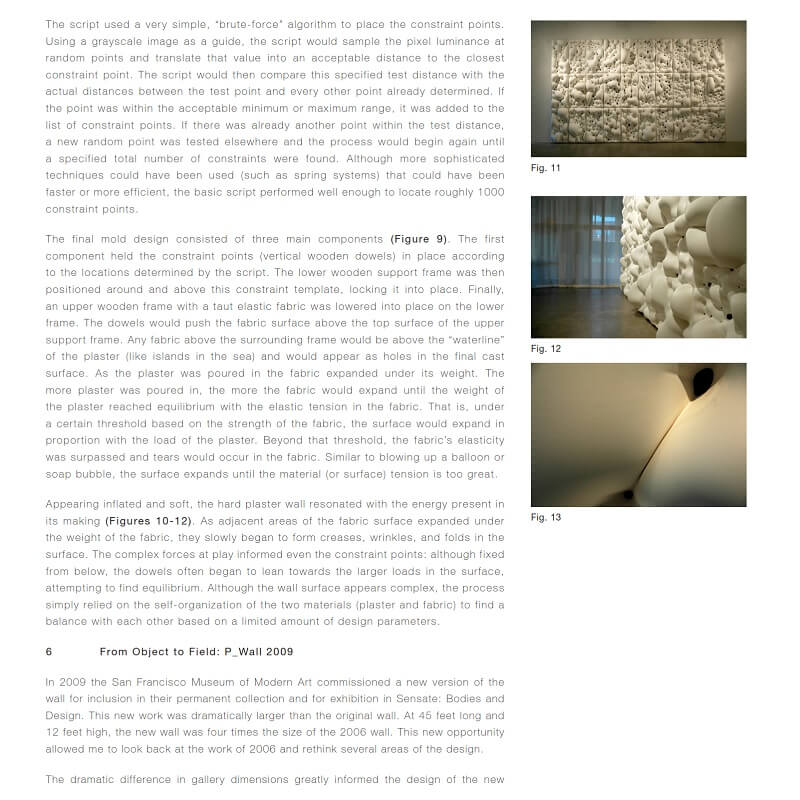 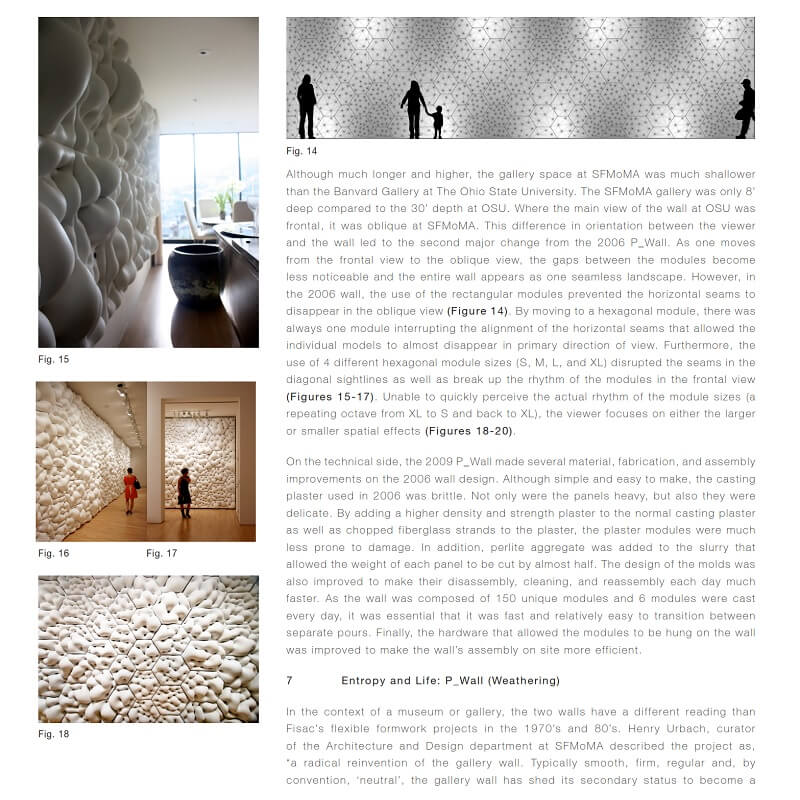