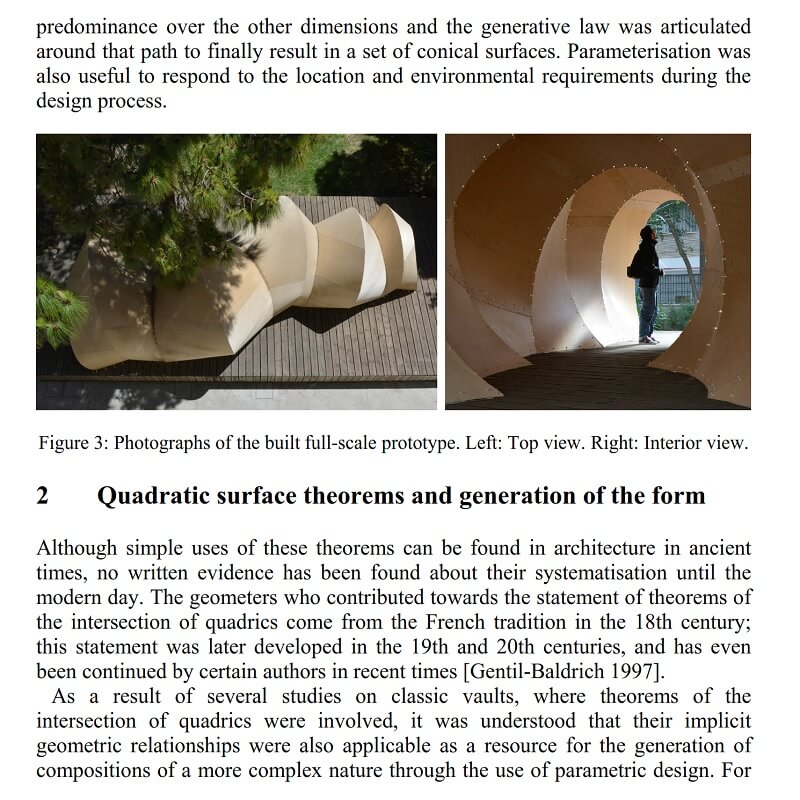 The use of certain quadratic surface theorems has mainly been associated in architecture with the design of classical vaults, domes and piping. The work presented by Roberto Narváez-Rodríguez, Andrés Martín-Pastor and María Aguilar-Alejandre is intended to explore the potential of these theorems to be used in the generation law for more complex shapes in contemporary architecture. 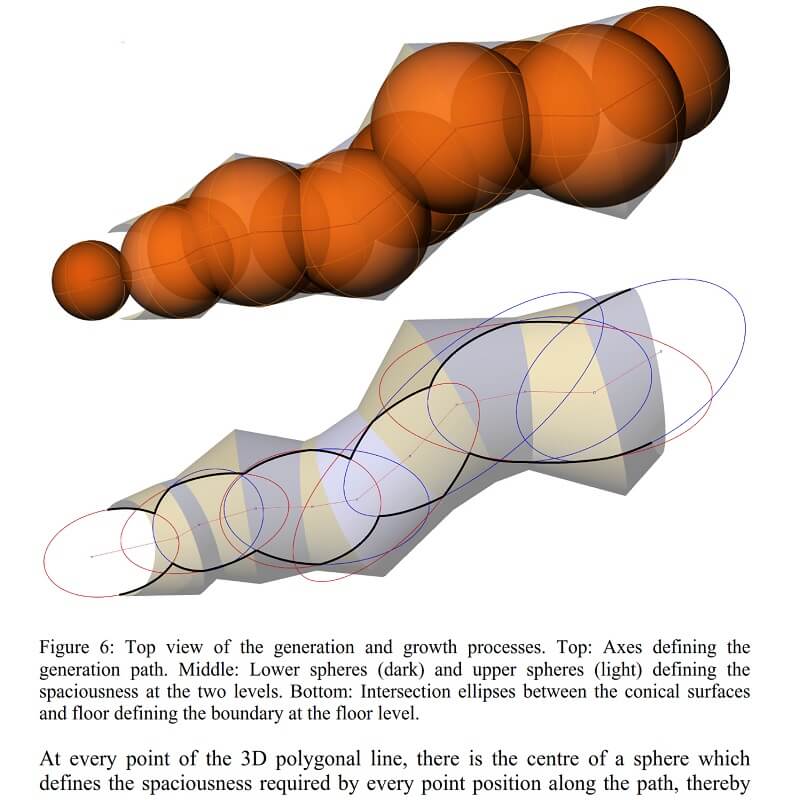 The paper shows the case study of a built full-scale prototype, The Caterpillar gallery, a project stemming from the combination of geometric research and teaching innovation. 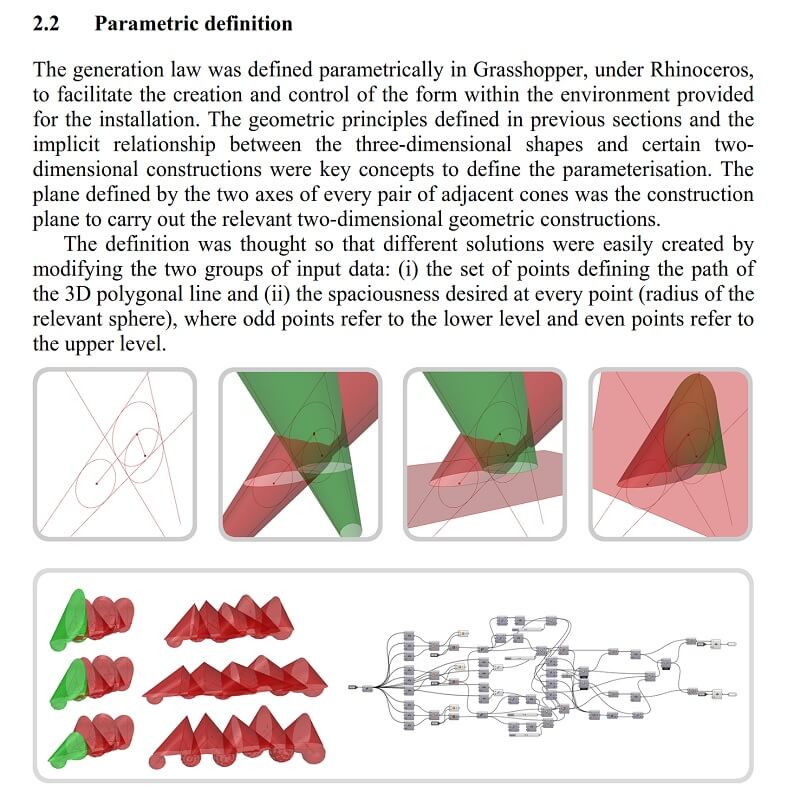 Formal and structural experimentation take place in this project where, by starting from geometrical considerations, an efficient way of generating longitudinal spaces is proposed. 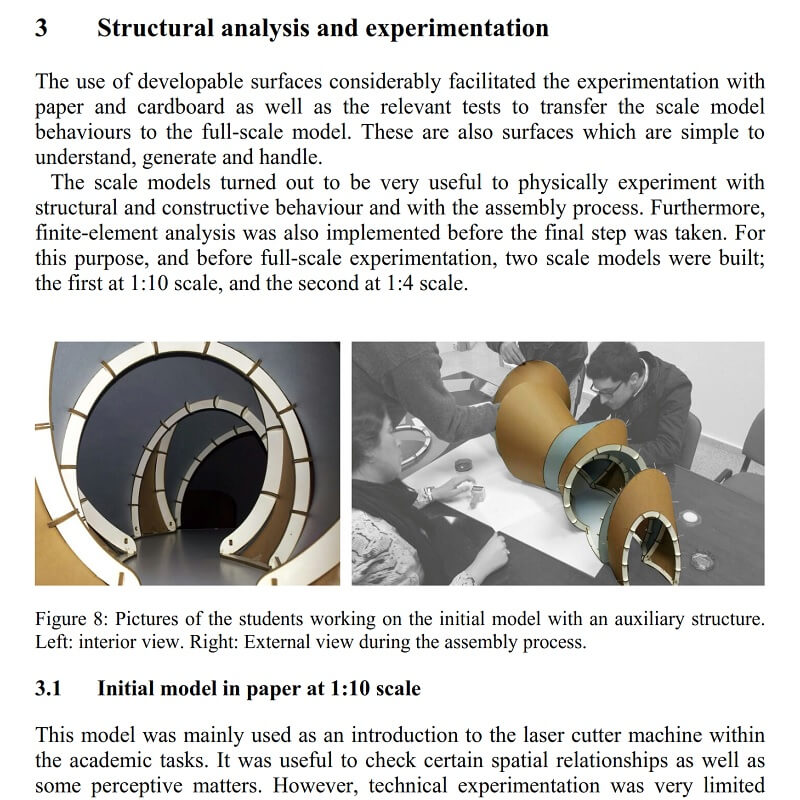 One of the mentioned theorems applied to rotational cones provides the starting point for the generation of a set of concatenated surfaces that, once assembled, constitute a very stable self- supporting structure with a variety of possible applications. 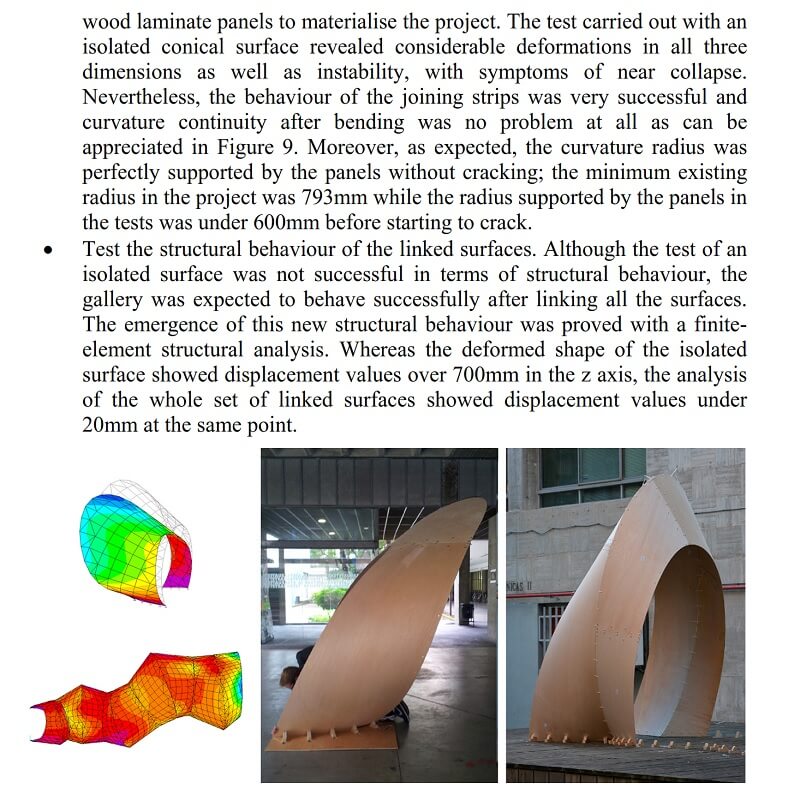 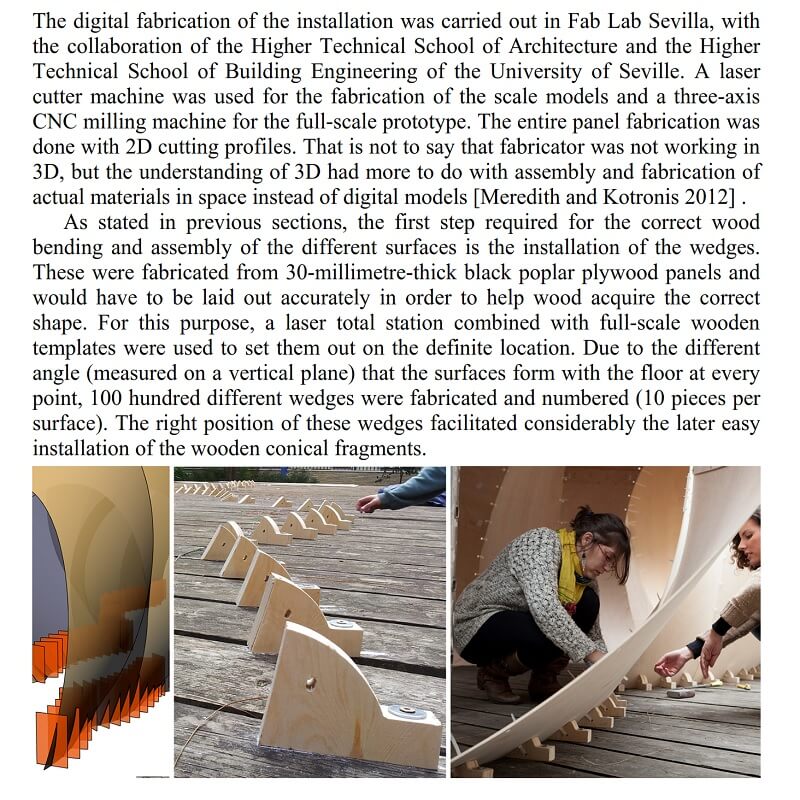 This article that guest-edited by Rivka Oxman and Robert Oxman, announces a new order in design and construction.