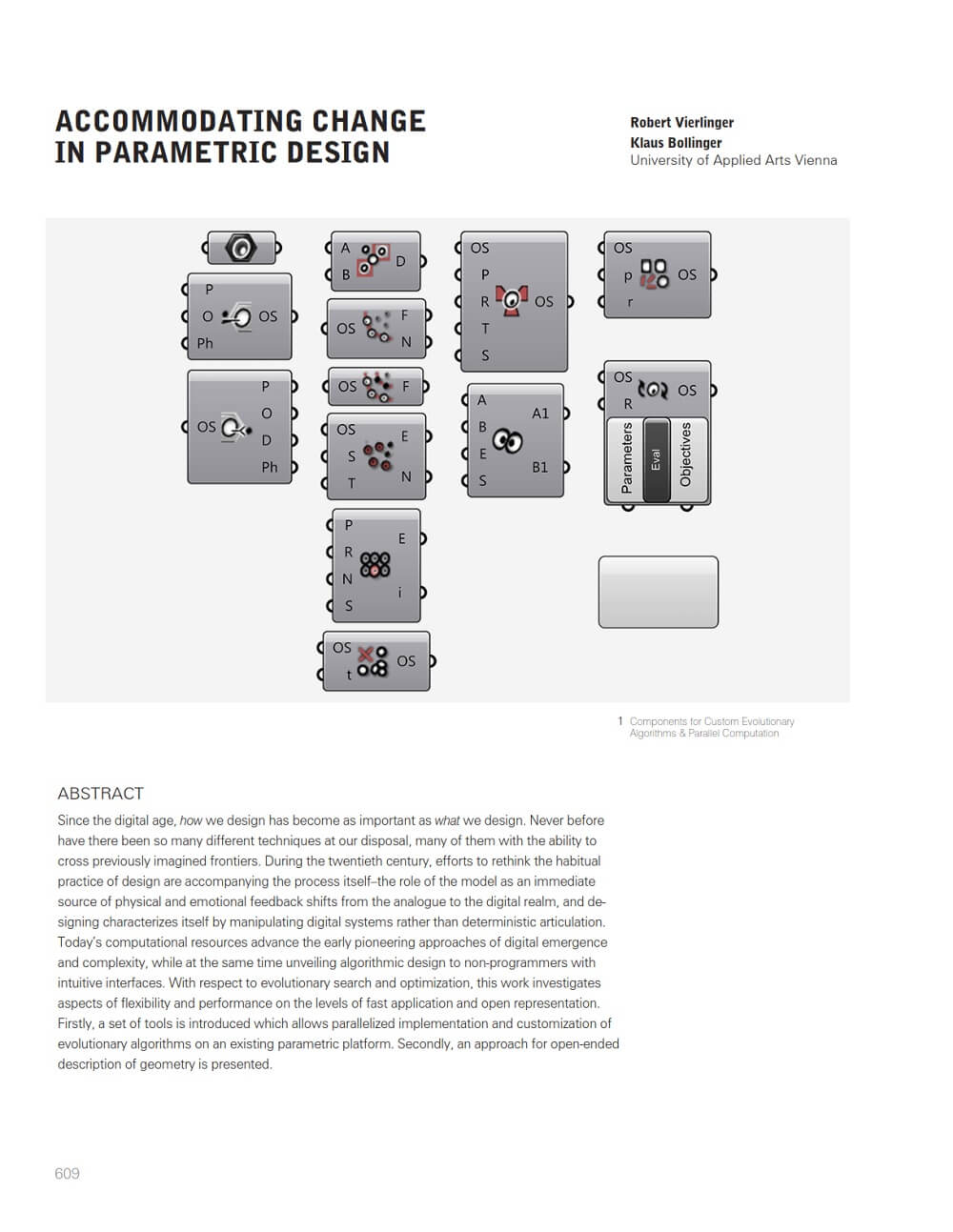 Since the digital age, how we design has become as important as what we design. Never before have there been so many different techniques at our disposal, many of them with the ability to cross previously imagined frontiers. During the twentieth century, efforts to rethink the habitual practice of design are accompanying the process itself–the role of the model as an immediate source of physical and emotional feedback shifts from the analogue to the digital realm, and designing characterizes itself by manipulating digital systems rather than deterministic articulation. 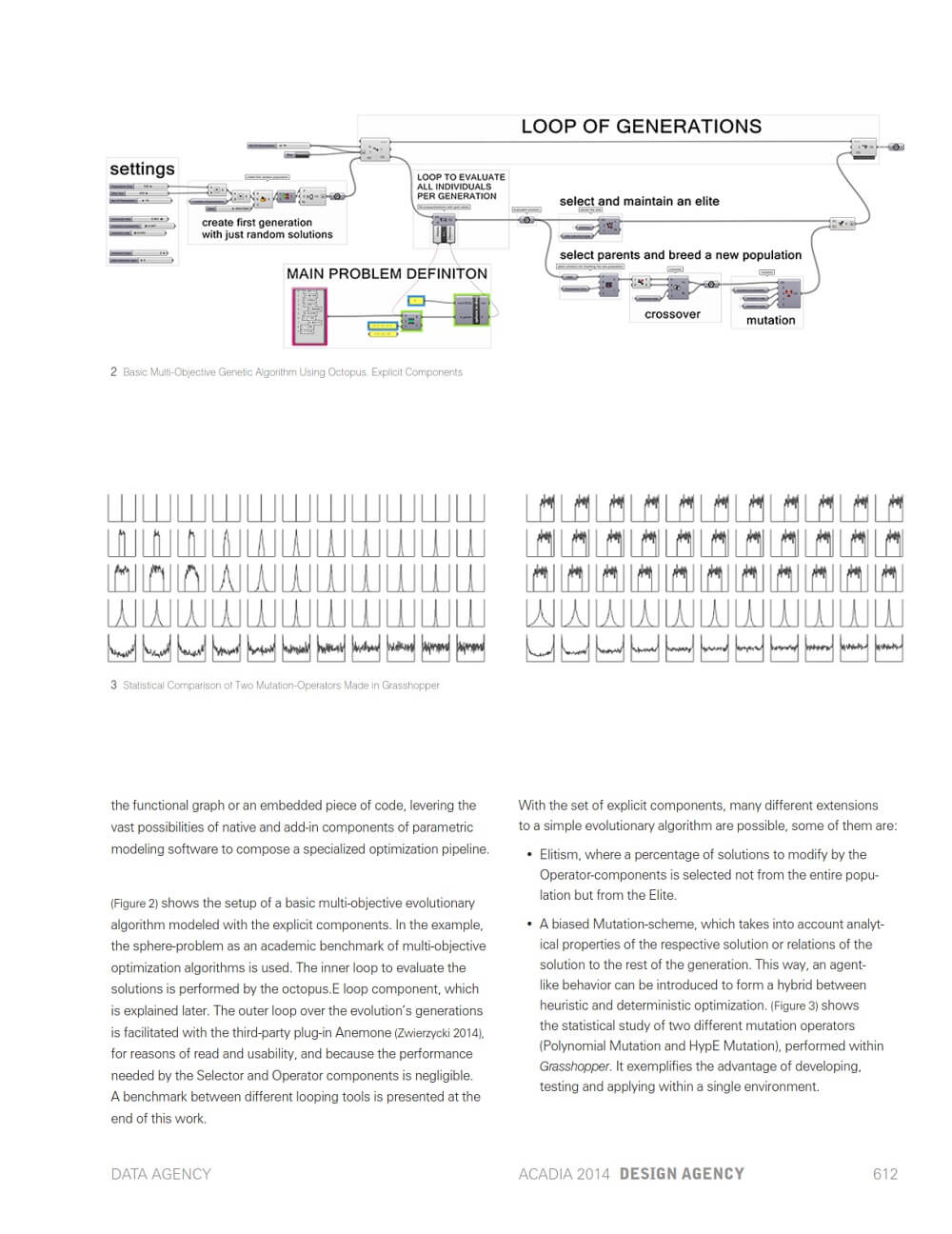 Today’s computational resources advance the early pioneering approaches of digital emergence and complexity, while at the same time unveiling algorithmic design to non-programmers with intuitive interfaces. With respect to evolutionary search and optimization, this article by Robert Vierlinger and Klaus Bollinger investigates aspects of flexibility and performance on the levels of fast application and open representation. Firstly, a set of tools is introduced which allows parallelized implementation and customization of evolutionary algorithms on an existing parametric platform. Secondly, an approach for open-ended description of geometry is presented. 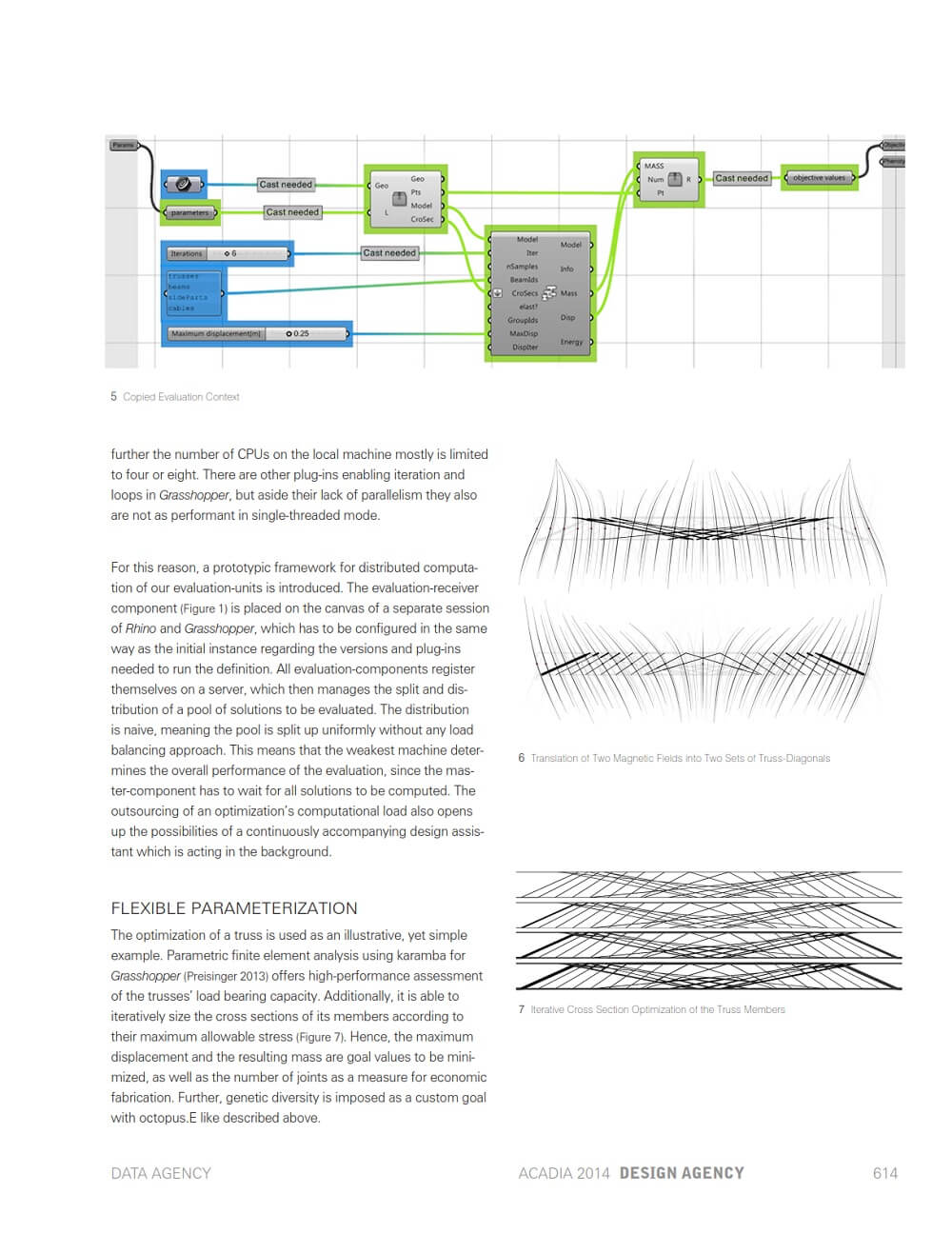 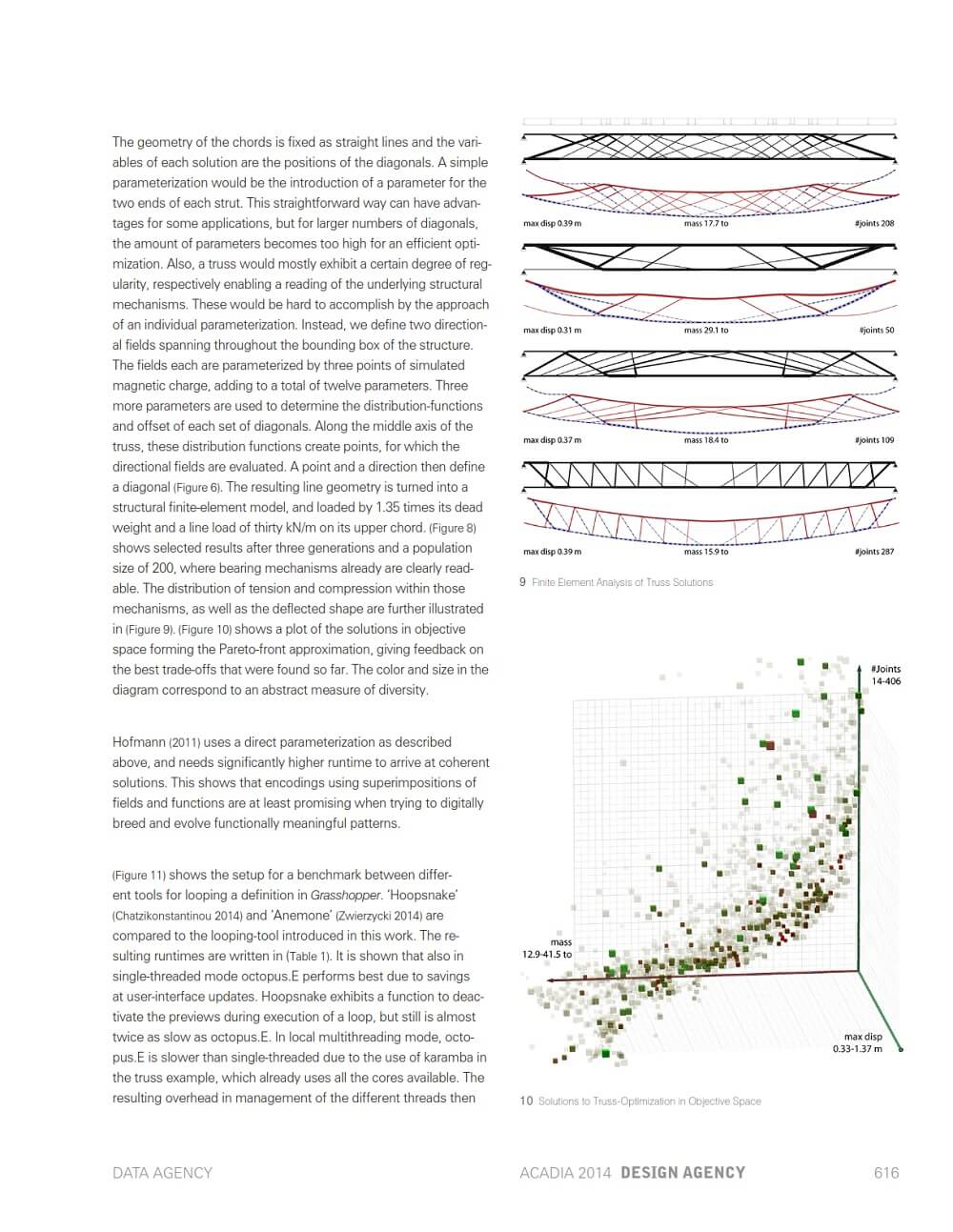