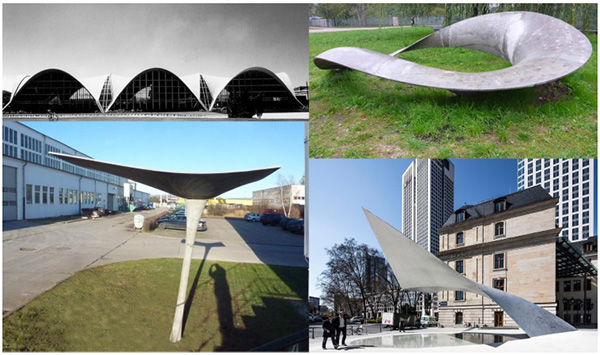 This paper describes the process of design and production of the aluminum sculptures that are part of the office building complex “die Welle” in Frankfurt/Main, Germany. The sculptures were executed by Arnold AG.

Figure 3: The idea of a continuous band that expresses itself as individual sculptures above ground. The geometrical continuity between the sculptures expresses the unbuilt (underground) elements.

The size and complexity of the geometries of each plate was far beyond normal accepted limits for a 4-roll plate bending process. Hence these sculptures show that parametric systems can be used effectively to create objects that may not be possible otherwise. 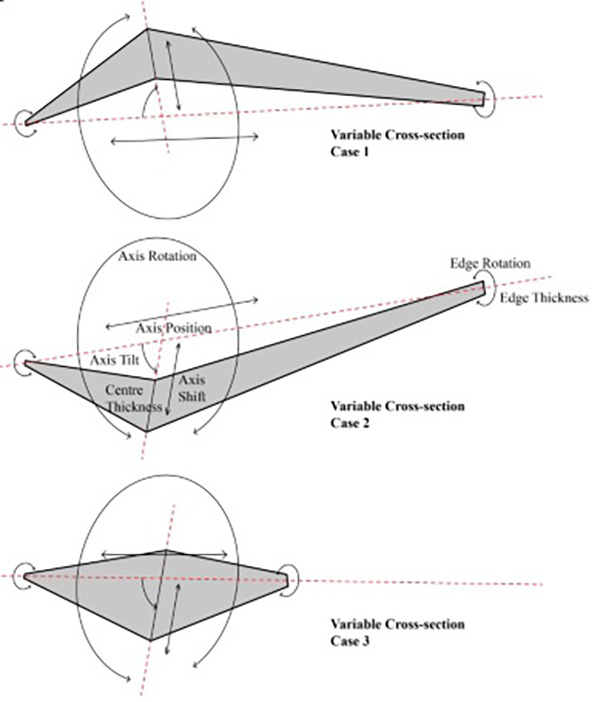 Figure 4: Concept for the cross-section system to be integrated in the parametric design system

Through the ages of human development, architecture has always given man the opportunity to stretch the limits of material expression. From the idea of a simple shelter in a cave to the modern complex forms with various innovative materials, the journey has been a constant reinvention of techniques of material usage and implementation that stretch the limits of structure and form.

Figure 5: Diagram showing the parametric cross-section generation system on the right and the 3 cross-sections that generate the geometry on the left.

In the history of architecture it is very interesting to note that with the inventions of new materials and processes that allowed a higher structural integrity, a greater freedom was available to the spatial configurations.

This resulted in the expansion of the boundaries in spatial structures and also the possibilities of form in architecture. In the 20th century this was particularly visible in the evolution of large free spanning light weight structures that challenged the limits of structural und architectural space.

The works of Frei Otto, Felix Candela, Heinz Isler, Antonio Gaudi, etc. are a good example of architects and engineers who expanded the boundaries of form finding processes and stretched the limits of a design where the form and structural stability are integrated into a single entity. 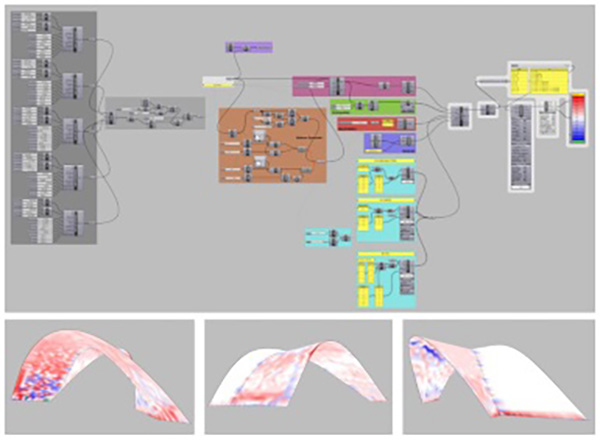 Felix Candela’s concrete shells are a good example of integrated design where geometry is integrated into the structural integrity of the form. This process was adopted by some of the authors in the design and construction of “Parapluie” – a shell form that stretches the limits of UHPC using membrane effects. A further investigation in this approach resulted in the Mobiusban(k)d – a seating bench also in UHPC where the design and construction process resulted in innovative techniques of integrated parametric structural design.

Figure 9: Diving Arch and its cross-sections with the mid-rib as a load bearing I-beam.

To complete the circle, the project “Die Welle”, also done by some of the members of the team of Parapluie and Mobiusban(k)d, expand the horizons of material, structural and geometrical integration in the design and production process. This paper describes the process of design and production of the aluminum sculptures in “Die Welle” and will touch upon the relationships to the aforementioned projects and their influences and relationships between them.

The owners of “die Welle” – a group of office buildings in Frankfurt, were faced with the problem of enhancing the real estate as a form of value addition and thereby enhance the possibilities for the tenants.

The buildings are located in a premium location in Frankfurt am Main, Germany but suffered the fate of not being entirely occupied and hence the owners, with the advice of communication and marketing experts, came to the conclusion that the space around the buildings had to be made more attractive and therefore to create a landmark in the courtyard area so that its urban identifiability would increase.

Figure 12: From top to bottom – a) Geodesic path of light in a gravitational field, b) Plate subdivisions of the geometry with the pins and roll axes, c) 3D surface and the unrolled surface for bending information and cross-check, d) Rolling Machine, e) Rolling process, f) Plate geometry check.

The clients approached the authors respective firms with this idea and this led to an interesting process of design and production of the aluminum sculptures. 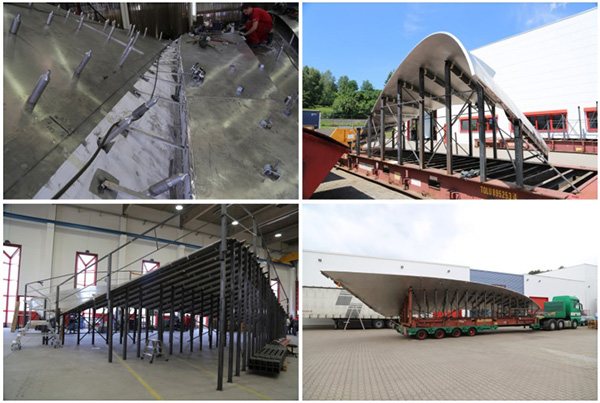 Figure 13: Photographs in the workshop of the sculptures in production and transportation

These aluminium sculptures are a very good example of how one can use contemporary mathematical tools right from the design process to get an effective and optimised result of such complex geometries. In this project it was evident that without the tools it may have been extremely difficult to get the desired results in the time frame provided and thereby helped in optimising the effort and costs involved in creating such complex structures. 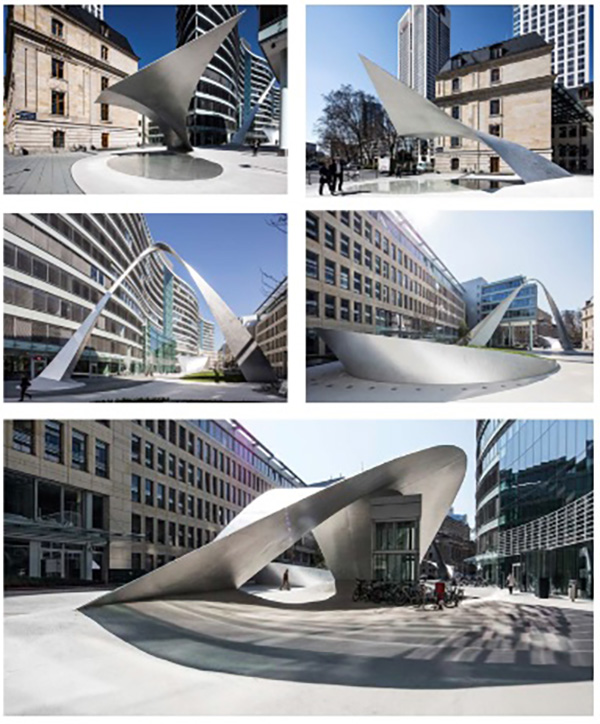 The success in the project lies at the base of the idea of integrating structure and form into a single entity that helped in creating an integrated design and production process. The sculptures are a testament to the modern idea where the boundaries between architecture, structure and production in an industrial sense dissolve and create a new entity that combines all of them in process and result at the same time.