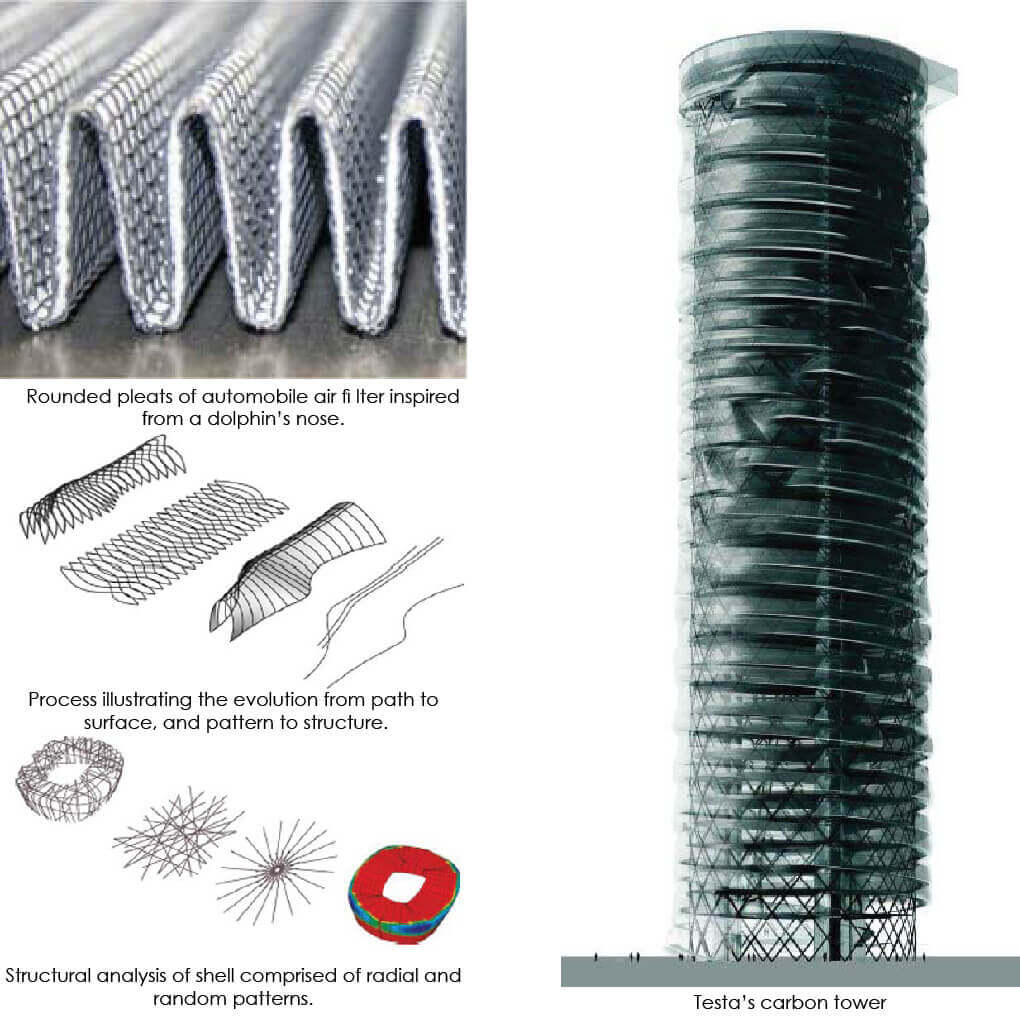 Biomimicry is an applied science that derives inspiration for solutions to human problems through the study of natural designs, systems and processes. Three design concepts are produced that utilize a selection of natural principles of design outlined in the initial biomimetic investigation. The fi rst design visualizes the human genome as a template on which the process of architectural design and construction can be paralleled. This approach utilizes an organizational structure for design instructions, the adherence to an economy of means, and a holistic linking of all aspects of a design characteristic of the genetic parallel. The advancement of the first design concept is illustrated through the use of a particular form of parametric design software known as Generative Components. The second design concept applies the biomimetic design approach outlined in concept one to the development of ruled surfaces with an integral structure in the form of developable flat sheets. The final concept documents the creation of arbitrary curved surfaces consisting of an integral reinforcing structure in the form of folded sheet chevrons. 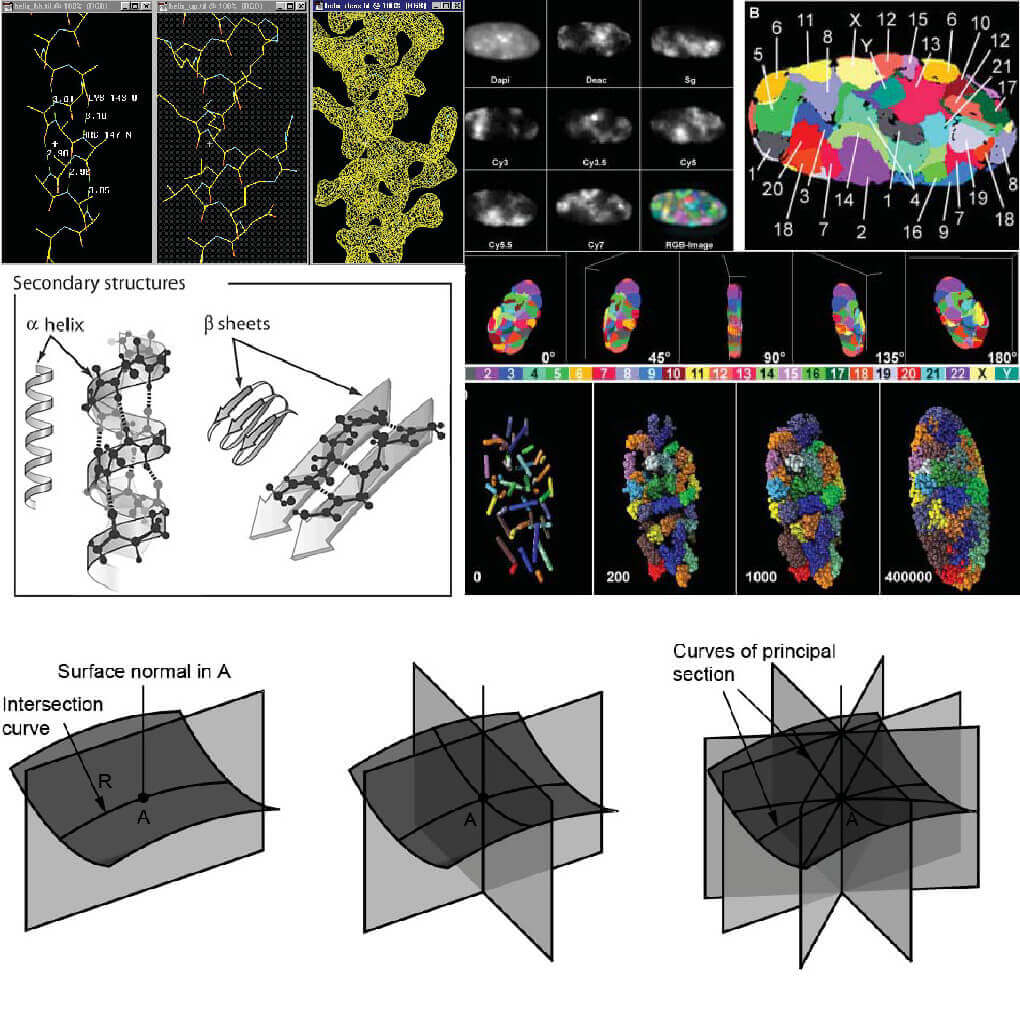 Architecture through its very nature is heavily involved in the development and integration of two key aspects of the built environment, those being form and function. For centuries, the dominant form of structure has been strongly influenced by the current technology available in the construction and manufacturing industry. With the proliferation of mass production and the development of the assembly line it became possible to create a construction industry based on discrete building assemblies and materials that serve to beneft a faster and easier method of raising structures. This increase of speed and relative ease of design due to unitization and standardization has come at the cost of maximal structural efficiency, minimization of materials and a relative compensatory need to artificially regulate the interior building environment. 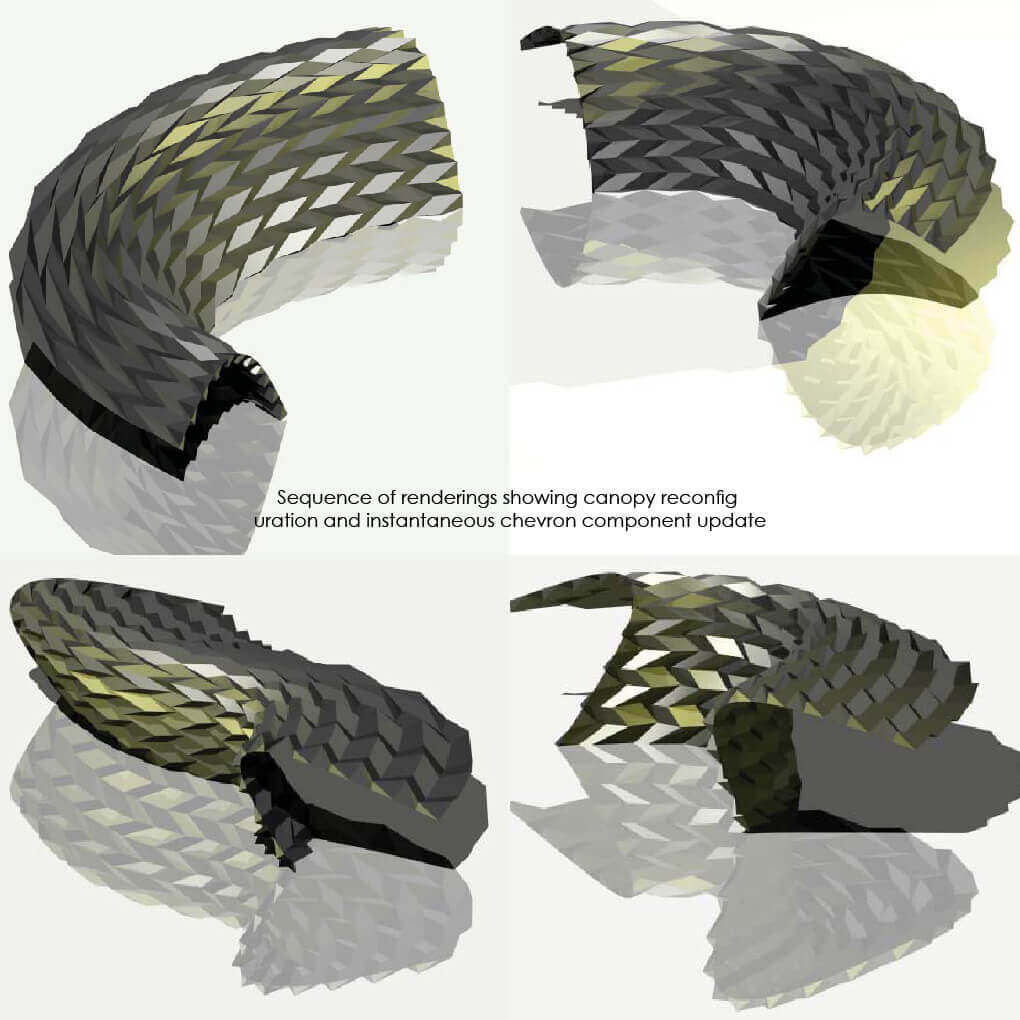 Recent advances in computer modeling and systems testing have allowed the architect to improve upon all of these aforementioned building variables. However, without a first principles approach to design that questions the validity of the structures and systems to which these new technologies of design and testing are applied, the whole process becomes burdened with an inefficiency that will always be inherent. The simple reason of advancement in a particular fi eld is not an a priori reason for believing that the direction that fi eld is going in will yield the most profound and bountiful results.