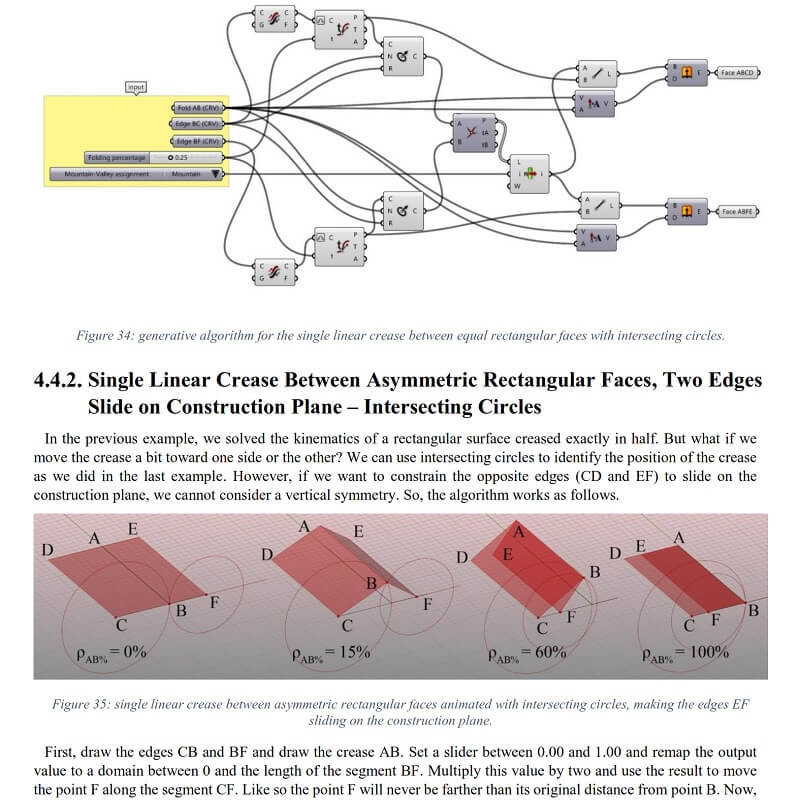 Both in the field of design and architecture origami is often taken as a reference for its kinetic proprieties and its elegant appearance. Dynamic facades, fast deployment structures, temporary shelters, portable furniture, retractile roofs, are some examples which can take advantage of the kinetic properties of the origami. 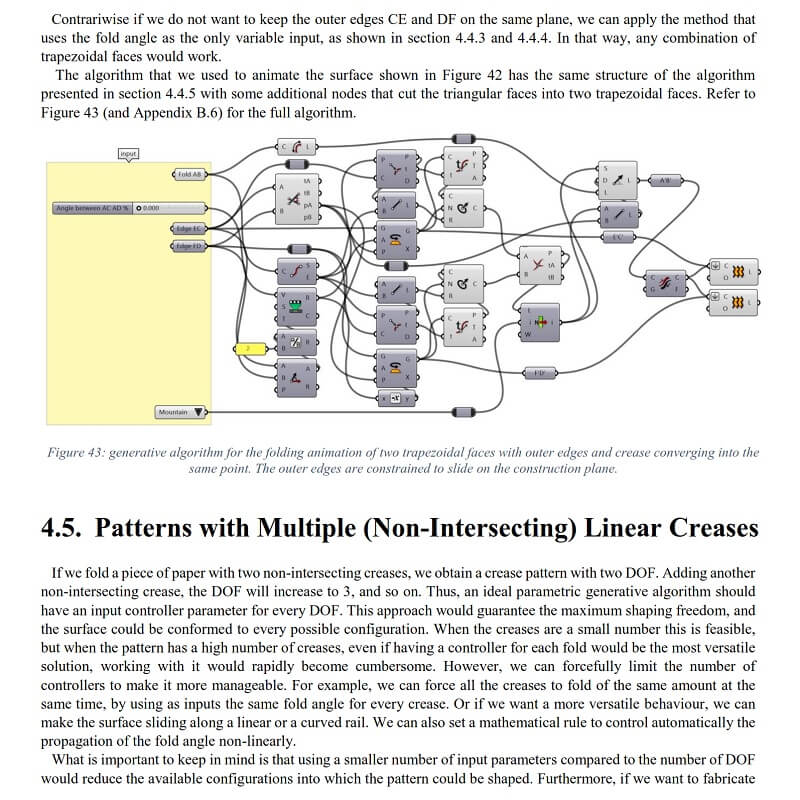 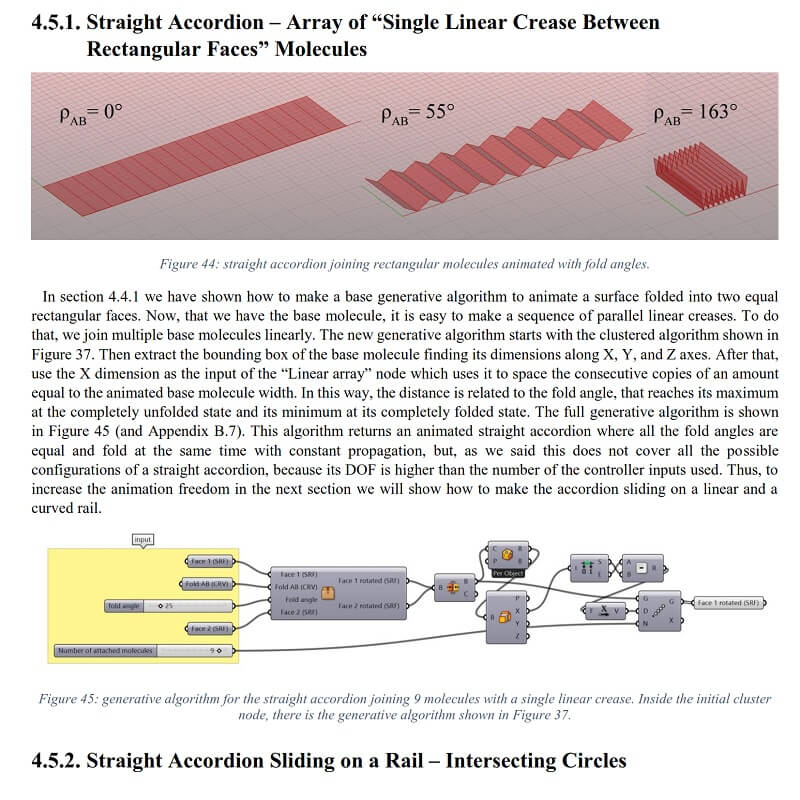 The origami-inspired projects that author gathered and studied in the fields of architecture, manufacturing and fashion, confirmed this trend. He observed that the cause of this lack of variety could also be attributed to insufficient knowledge, or to inefficiency of the design tools. Many researchers studied the mathematical implications of origami, to be able to design specific patterns for precise applications. 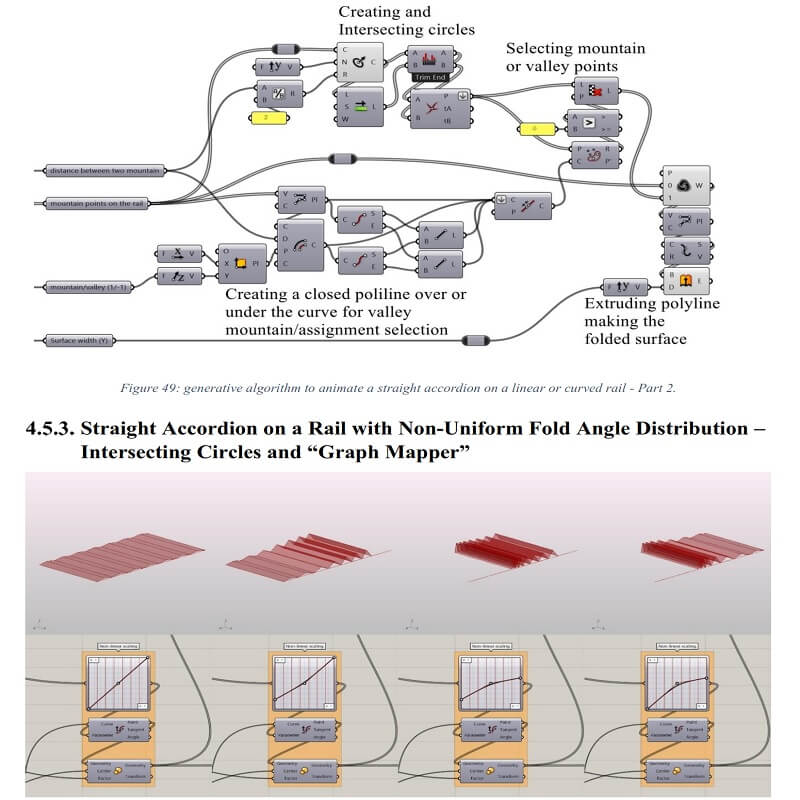 However, this theoretical knowledge is hard to apply directly to different practical projects without a deep understanding of these theorems. Thus, in this thesis by Riccardo Foschi, author aims to narrow the gap between potentialities of this discipline and limits of the available designing tools, by proposing a simplified synthetic constructive approach, applied with a parametric modeller, which allows the designers to bypass scripting and algebraic formulations and, at the same time, it increases the design freedom. 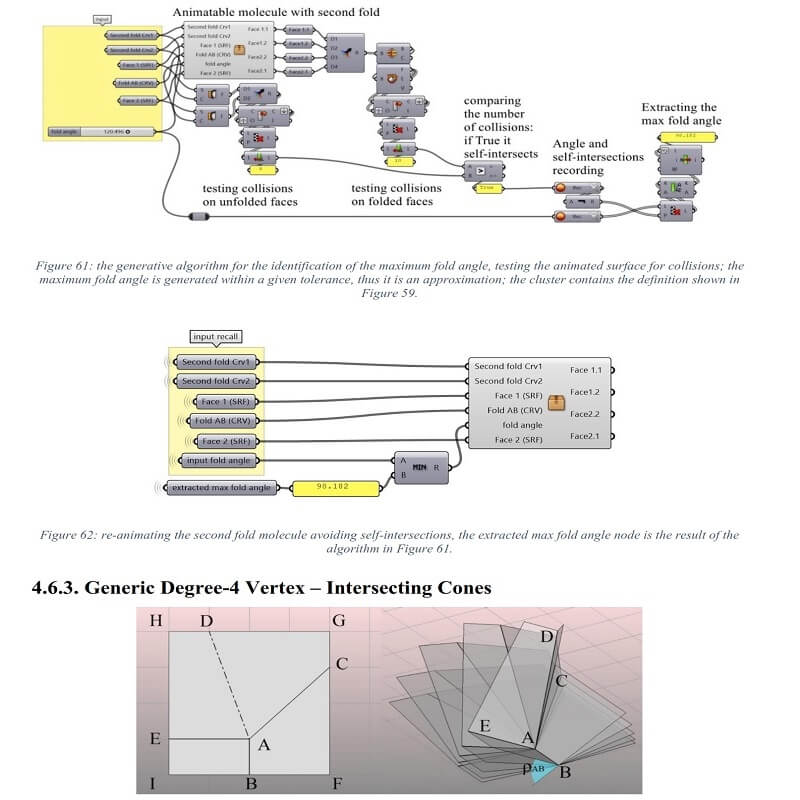 Among the cases studies, he proposes some fabrication- aimed examples, which introduce the subjects of thick- origami, distribution of stresses and analysis of deformations of the folded models. 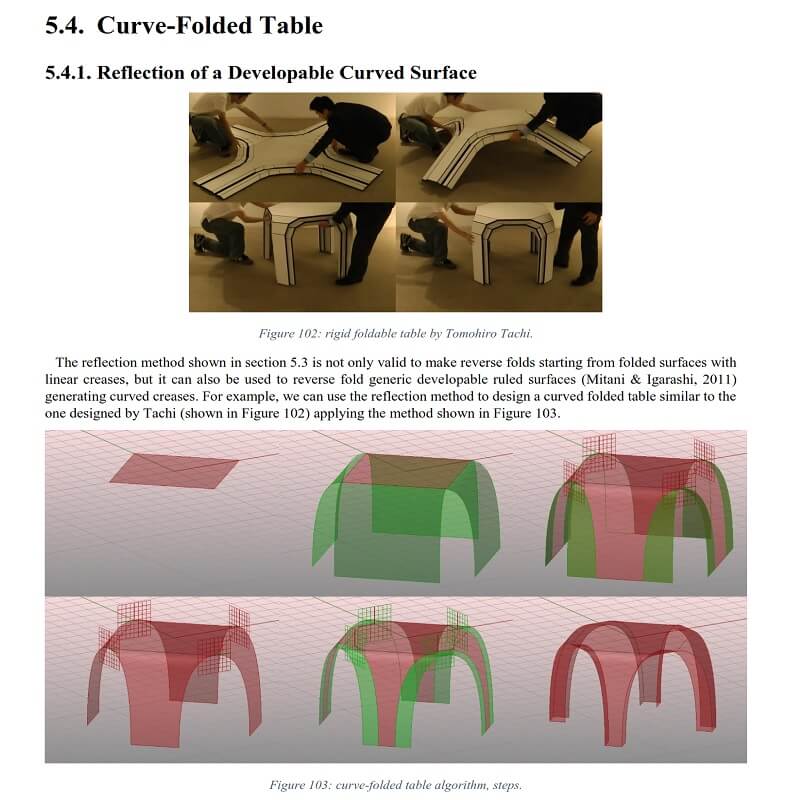 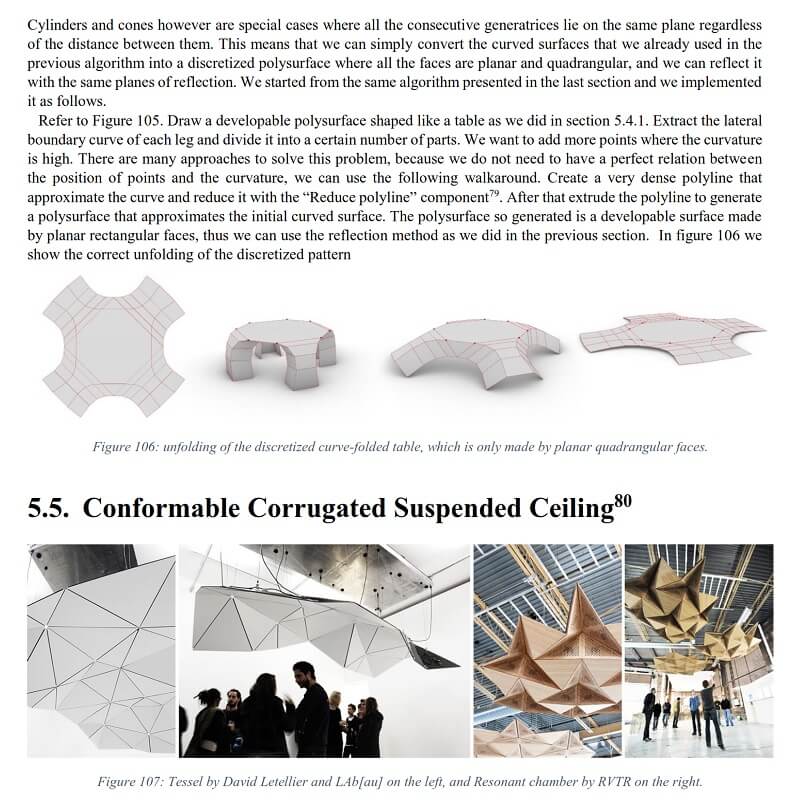 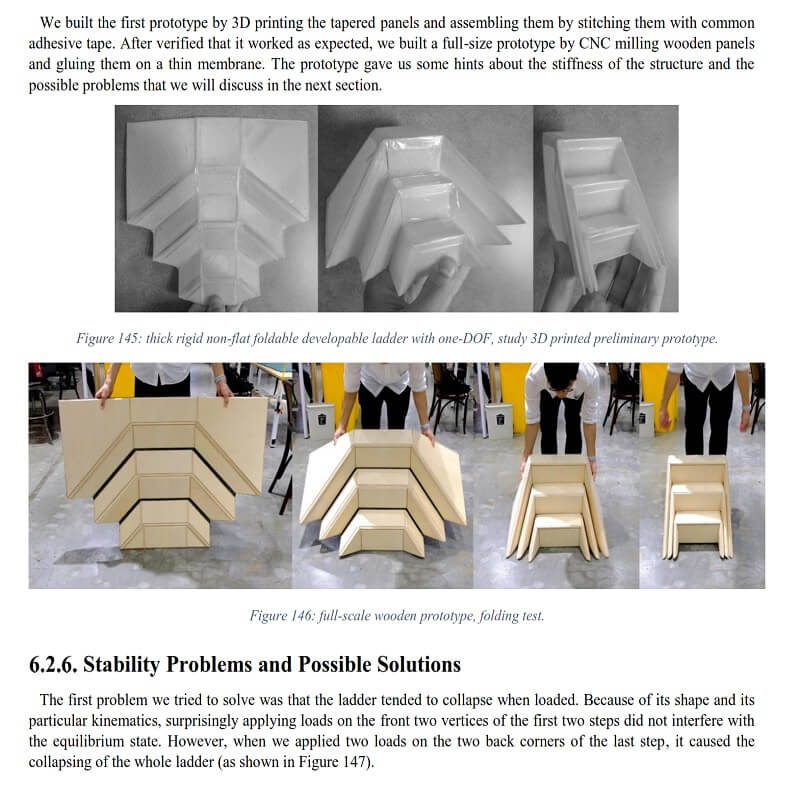 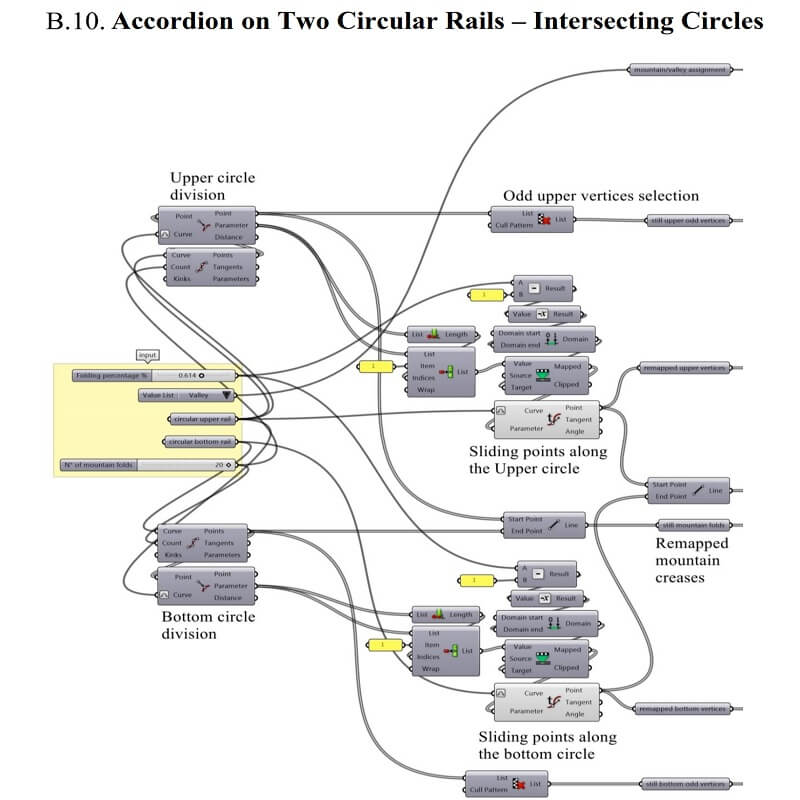 This work by Isak Worre Foged and Mads Brath Jensen develops, implements and tests a method and model for the distribution of material in relation to thermal performances through robot based extrusion of concrete. 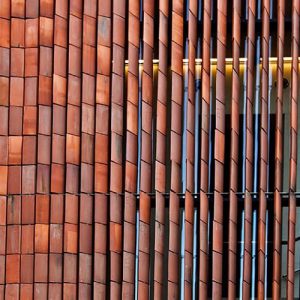 The presented research by Helena Luísa Freitas Martinho aims to develop a unified AD and analysis workflow for the energy performance assessment of adaptive façades. 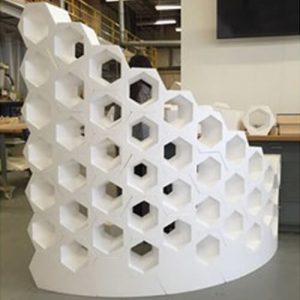 In this research by Shani Sharif, Varun Agrawal and Larry Sweet, authors present a system to allow designers to adaptively control an industrial robot from within a 3D modeling environment, for the purpose of real time feedback. 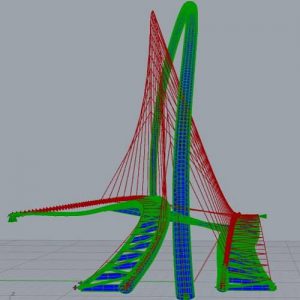 The thesis by Herman Enger Aas and Kristian Mathias Eick uses parametric design software tools to investigate relevant structural aspects to be used for development of a conceptual design phase of a footbridge. 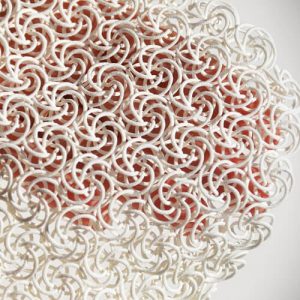 This paper by Alireza Borhani and Negar Kalantar is part of a body of research developing an exploratory dialogue between the built form and the environment, via experimentation with performative geometry and material. 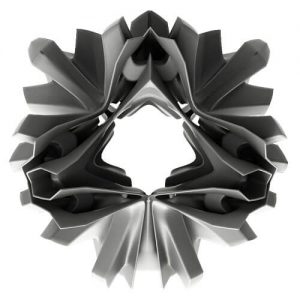 Mesh Mirror Cut a plugin by Michael Pryor which now is a part of Pufferfish, is inspired by Autodesk Maya's Mirror Cut tool, which is great for creating symmetry. 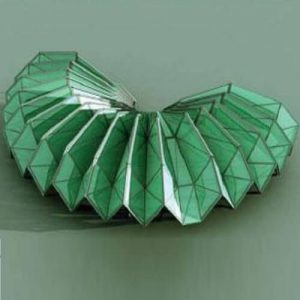 The main aim of this thesis by Sam Bouten is to provide insight in the design of transformable structures on an architectural scale.

GRay by Friedrich Söllner is a Parametric Material Generator for the Rhino Render Plugin V-Ray, with a flexible and easy to use interface for single renderings as well as animation. 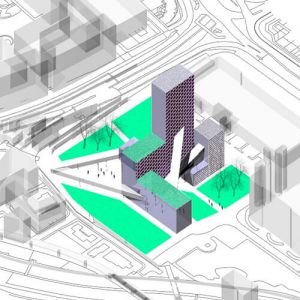 Animation is a lightweight plug-in by dbddqy that helps designers to make better animations with less effort. 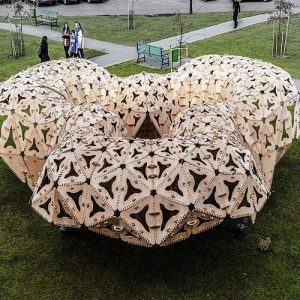 This paper by Sebastian Białkowski and Anetta Kępczyńska-Walczak discusses teaching parametric design as a supportive method of introducing design logic. Two case studies have been described, analysed and concluded.

This dissertation by Pirouz Nourian reports a PhD research on mathematical-computational models, methods, and techniques for analysis, synthesis, and evaluation of spatial configurations in architecture and urban design. 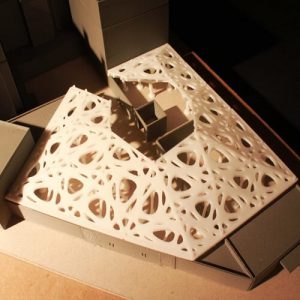 This project by Po-Hung Chiu is a study of a methodology for the parametric design and fabrication of the bionic structure. 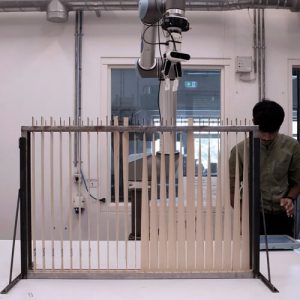 This study by Mads Brath Mads Brath and Avishek Das investigates the technological and methodological challenges in establishing an indeterministic approach to robotic fabrication that allows for a collaborative and creative design/fabrication process. 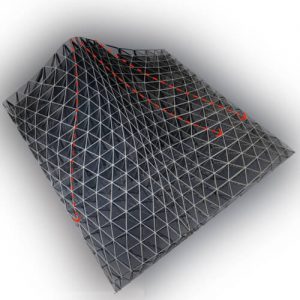 Retrospects on the original purpose of architecture, despite all those form-versus-function disputations, clarify us that the simple essence of a building is just to satisfy the basic human need, for us to fullfill our daily activities. 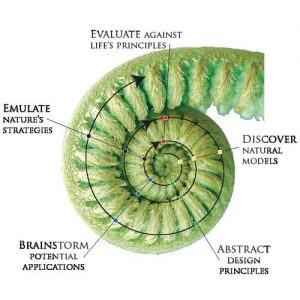 The aim of this paper by Parag Sarwate and Akshay Patil is to understand and explore the application of generative modeling based on biomimicry principles to architectural design. 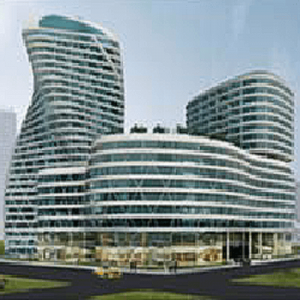 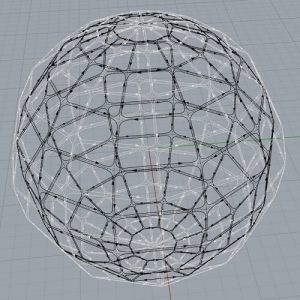 A ‚QuadEdgeDataStructure‘ is used to represent a n-gonal Mesh without making any difference between primal and dual elements. The (relativ) dual-graph is holded in a valid state during any topological operation. 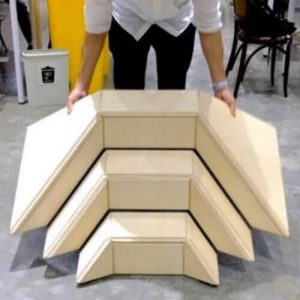 Both in the field of design and architecture origami is often taken as a reference for its kinetic proprieties and its elegant appearance. Dynamic facades, fast deployment structures, temporary shelters, portable furniture, retractile roofs... 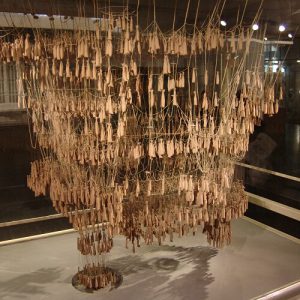 The goal of this research by Florian Chéraud is to introduce, within the Grasshopper environment, a tensile parameter, the Young Modulus, into the Kangaroo model. 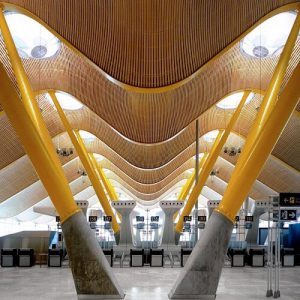 The current research by Sarah N. Shuchi proposes a design framework to develop flexible layouts of departure areas in an international airport. A flexible design framework for airport terminals has been developed based on a number of hypotheses. 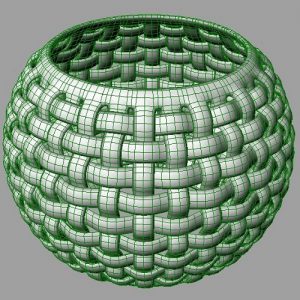 In this grasshopper definition by Martyn Hogg,  you can model a weaving basket. You can select number of weaves in X or Y directions for a flat surface. Similarly, U and V divisions on a curved surface. It also works on a loft through curves. 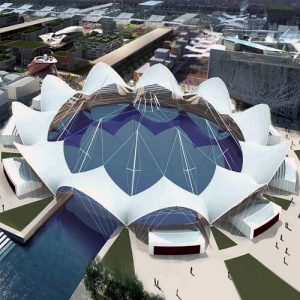 In this thesis by Giorgio Piscitelli, a new form-finding method is developed for system combining arches, membranes, cables, ties and struts. First the whole mathematical theory is elaborated then digital tools are created in the Grasshopper. 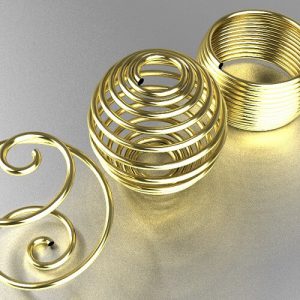 In this grasshopper definition by Laurent DELRIEU you can model a symetric loxodrome on a sphere. It simply can be done in any revolution object. Laurent used equations from a wikipedia page.