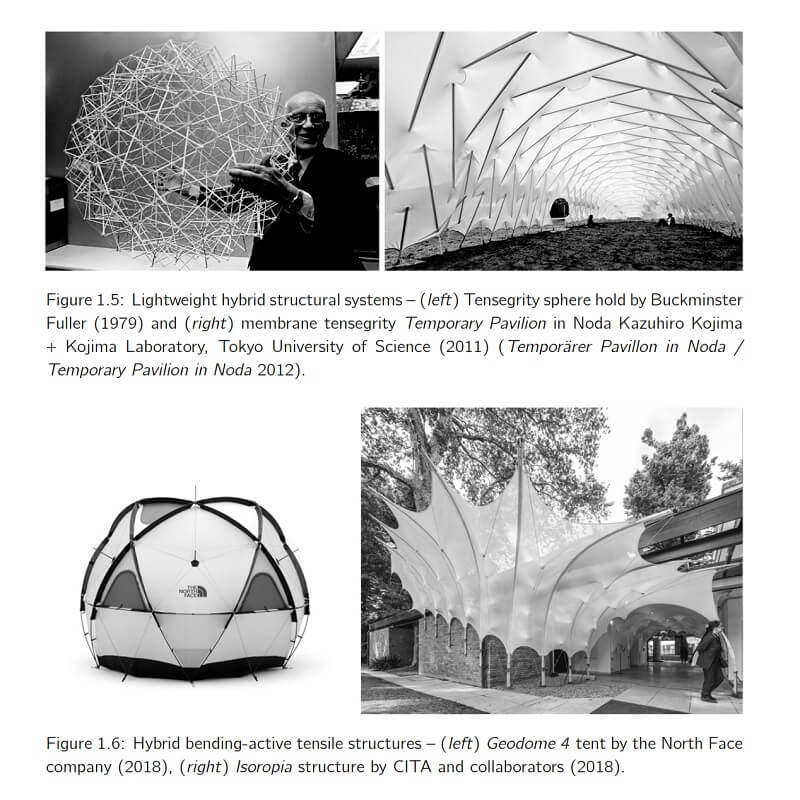 Resulting from the reciprocal interaction of slender beams, which are actively bent, and cables or membranes, which are pre-stressed,  bending-active tensile structures attract growing interest due to their various qualities. These structures have expressive curved shapes, are lightweight and can be assembled quickly, thus allowing the construction of innovative small and medium-scale structures such as temporary pavilions.

On the one hand, through the differentiation, along the beams’ axis, of their bending stiffness; on the other hand, through the control of the forces applied on the beams’ axis via the pre-stressed restraining cables. In the present work, a novel structural model of slender beams is first defined based on a simplified mechanical model and the use of form and force diagrams.

This structural model facilitates the understanding of the mechanisms involved in the static equilibrium of a bending-active beam in 2D space.  It thus makes it possible to control its static equilibrium, particularly from a geometric stand- point. Moreover, a form-driven design approach is formulated and its different procedures are elaborated.

Finally, the potential of the approach is demonstrated in a real architectural context by the design of a bending-active tensile structure that acts as a sun-shading system for the glazed façade of an office building. 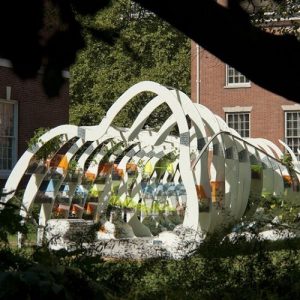 The Greenhouse and Cabinet of Future Fossils was commissioned by the American Philosophical Society Museum, funded by Heritage Philadelphia Program, a program of The Pew Center for Arts & Heritage. 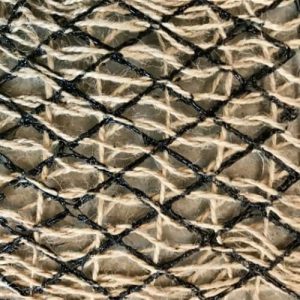 This thesis by Berfin Evrim, presents research that combines weaving and 3D Printing to fabricate a textile that will be used for supporting the weight of a person sitting on a stool or chair. This textile uses carbon-reinforced polymers and jute fibers. 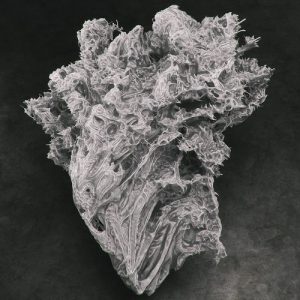 Chameleon by MWG creates a live link between Grasshopper and Zbrush to quickly exchange geometry and parametrically set up command sequences. You can quickly send preset commands or your own custom ZScript to Zbrush. 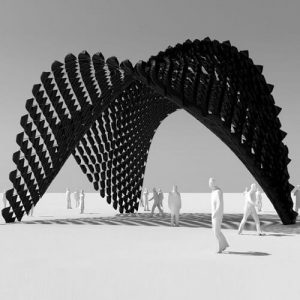 In this paper by Olga Mesa, Saurabh Mhatre and Martin Bechthold, Simple fabrication and economic actuation principles are proposed to transform planar fabrics into three-dimensional configurations without using expensive molds. 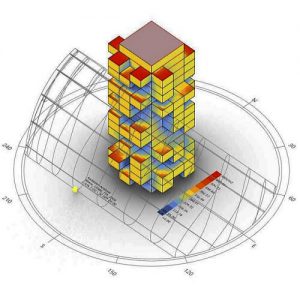 This research by Obando Erik,  evaluates a methodology where PD and BIM modelling are coupled since the conceptual design stage. For this purpose, a residential building with a pixel/pop-out architectural concept is developed in its conceptual phase. 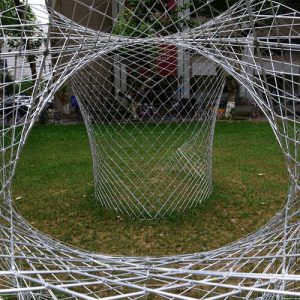 This article, demonstrates the design potentials of a recently developed approach for generating smooth poly-hypar surfaces, freeform surfaces made of combinations of hyperbolic paraboloids (hypars). 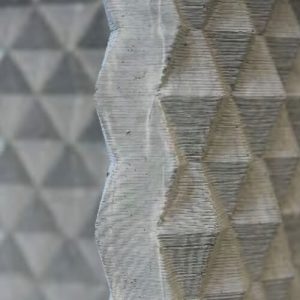 The topic of this research by Anna Szabo is thin folded concrete structures that provide a material-efficient solution for spanning large distances due to the increased load-bearing capacity of their folded form. 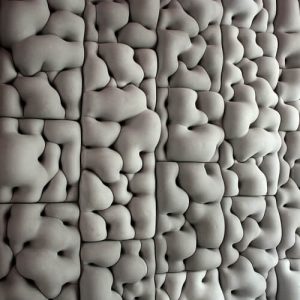 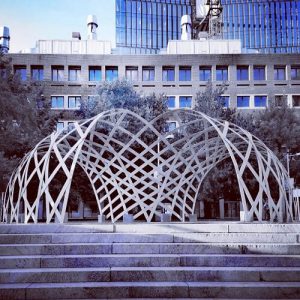 This thesis by Judyta M. Cichocka presents a design-oriented methodology for the design, optimization and construction of sequentially erected elastic timber gridshells. A multi-objective approach toward simultaneous optimization of the overall size and grid configurations. 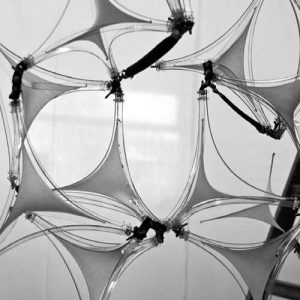 This paper by Isak Worre Foged and Esben Skouboe Poulsen, illustrates responsive systems, which focus on the implementation of multi-objective adaptive design prototypes from sensored environments. 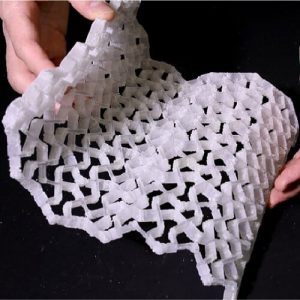 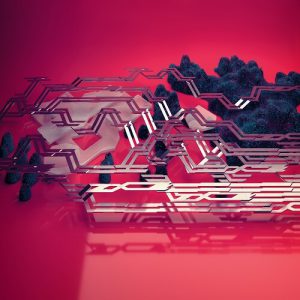 Monoceros was developed at studio Subdigital by Ján Toth and Ján Pernecký. Monoceros is an implementation of the Wave Function Collapse (WFC) algorithm developed for game design by Maxim Gumin and extended and promoted by Oskar Stålberg with his game Townscaper. 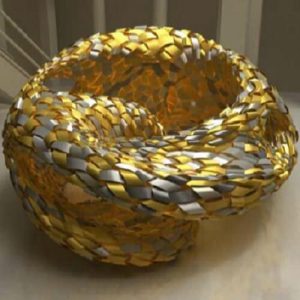 This paper discusses certain modes of research and their derivatives through a case study, Spülenkorb, as an entry into a digital fabrication competition by Texfab, in which the project received honorable mention. 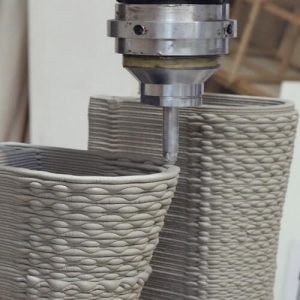 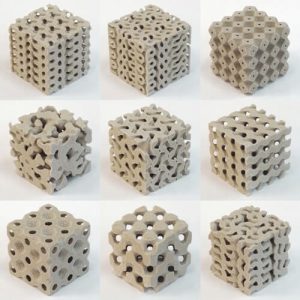 This thesis by Mathias Bernhard seeks to provide a map of the current computational design landscape. The theoretical first part constructs a series of five dualities around design, geometry representation and their related data structures. 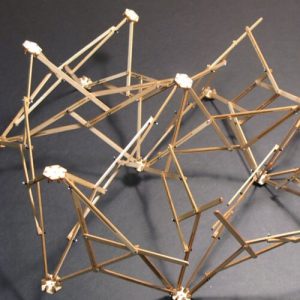 The intent of this paper by Jenny E. Sabin and Peter Lloyd Jones, is to jointly investigate fundamental processes in living systems, their potential application in the novel design of responsive surfaces and spatial structures, and their applicability in biomedicine. 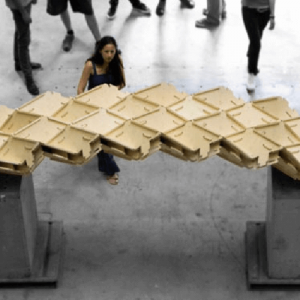 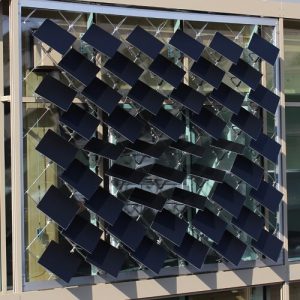 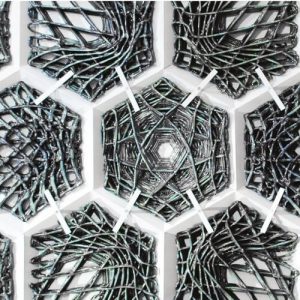 By integrating responsive sensing systems, this paper demonstrates real-time feedback loops that consider the spontaneous agency and intuition of the architect (or craftsperson) rather than the execution of static or predetermined designs. 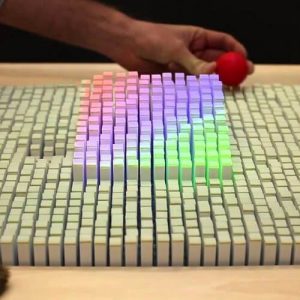 This thesis by Aluna Everitt, presents accessible digital fabrication approaches that support the development of shape-changing displays with a range of application examples – such as physical terrain modelling and interior design artefacts. 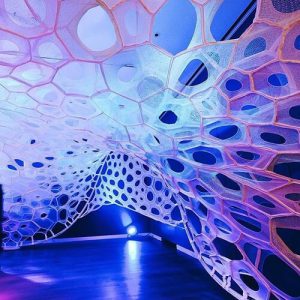 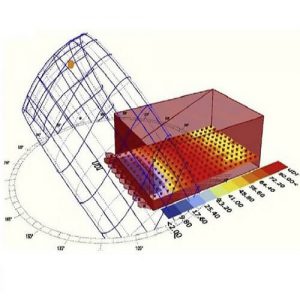 In this research, daylight inside a building was improved by designing a kinetic shading system with independent units parametrically responding to sunlight through 3D rotation (around the centers of the units) and 2D movement (on the surface of the shading system). 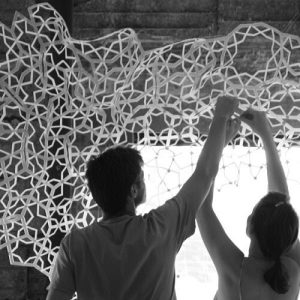 This paper by Gernot Riether and Daniel Baerlecken, will provide a different thinking of the relationship of massing and texture in Islamic Architecture from a digital point of view. An analysis of Islamic patterns challenged this relationship in Islamic architecture. 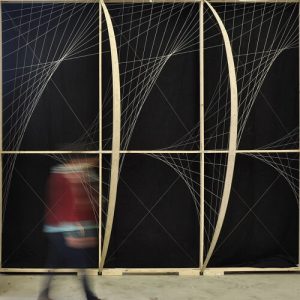 This research by Léa Boulic, introduces a novel approach to the design of bending-active tensile structures in architecture. The proposed approach allows to define the bending-active beams directly in their equilibrium geometry.