This paper also introduces the concept of mixed-Airy gridshells in which the Airy stress function and plane-faced gridshell are interchangeable for the same applied vertical load. 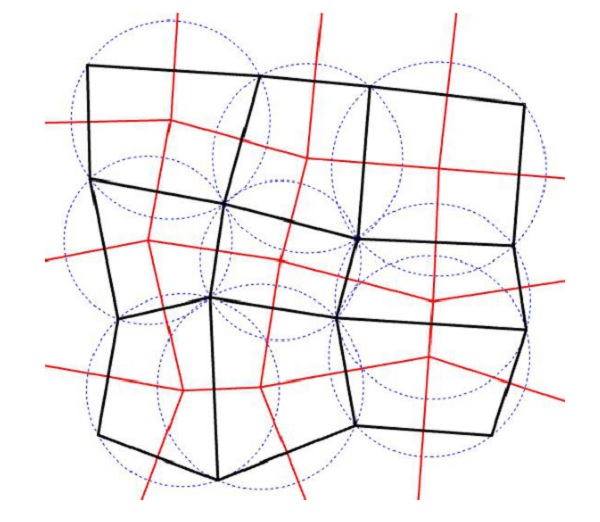 Self-Airy gridshells, where the Airy stress function and gridshell are scaled versions of each other, are also introduced. Focus is given to designing plane-faced self-tied gridshells which do not thrust horizontally against the ground or surrounding structures. 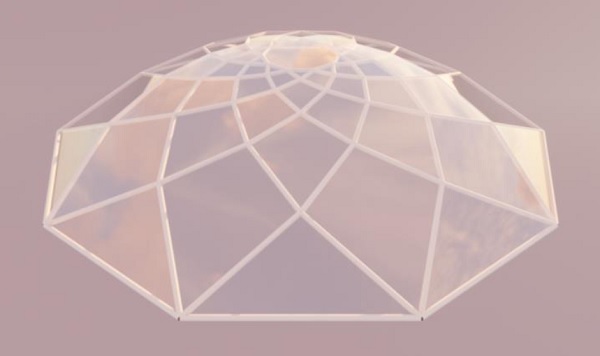 2D graphic statics was pioneered in the 19th century by Maxwell, Rankine and Cremona. It relies upon the reciprocal relationship between the form and force diagrams. 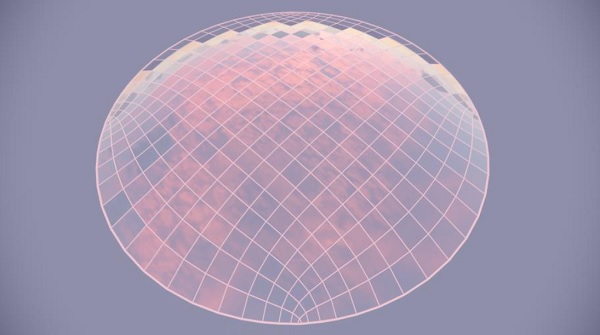 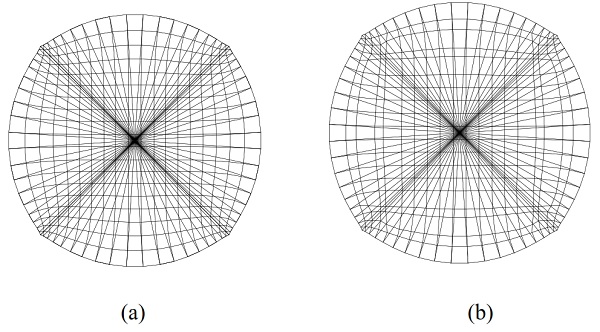 Figure 11: The force diagrams of the Schwarz-Christoffel gridshell. (a) UPL self-Airy. (b) Single lift. Note that near the perimeter of (b), the quads are not uniform in size and are not proportional to the Voronoi.

The duality maps a point (, , ) to the dual plane = α + β − . This is called the pole and polar plane and is a part of projective geometry which was well understood in the 19th century. 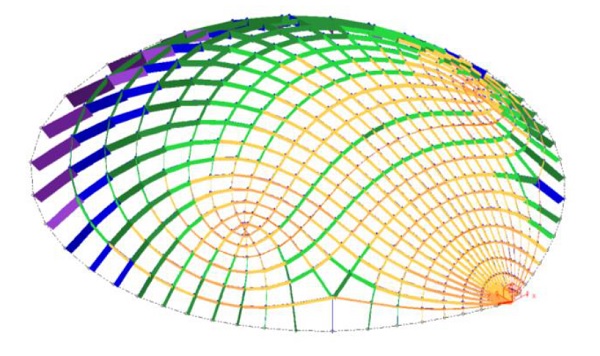 Plane-faced gridshells can also be described as polyhedrons. Taking the established 2D graphic statics methodology, it is possible to consider 2.5D shells and gridshells with the introduction of the slope diagram.

Gridshells have already been studied using graphic statics; thrust network analysis uses 2D graphic statics in the design of masonry shells and 3D Rankine reciprocals have been used to consider 3D space structures, including gridshells, but have struggled to find common usage due to the Rankine incompleteness problem.