In the following thesis, an extensive review on different transformable systems used in architecture and civil engineering is given.

After the review, structures undergoing large displacements and instability phenomenon were highlighted. The main goal of the dissertation was to investigate the general behavior of a specific, immature self-deploying system, the antiprismatic structure proposed by Hegedűs.

For both the 2D and the 3D structures numerical simulation of the packing was performed with different type of controls and the results were confirmed by analytical investigations.

The research clarifies the mechanical behavior of the chosen system, provides tools to simulate the packing of the structure, options for control, and gives very simple approximations for main mechanical characteristics of the antiprismatic system in order to facilitate preliminary design and verification of the numerical results.

The significance of snap-back behavior, occurring at the force-displacement diagram during packing was analyzed. Within the framework of the thesis a novel type of system, slightly deviating from the original one was also investigated.

For the specific systems, small physical models were built and presented in this work, which led to the proposal of a novel type of expandable tube. 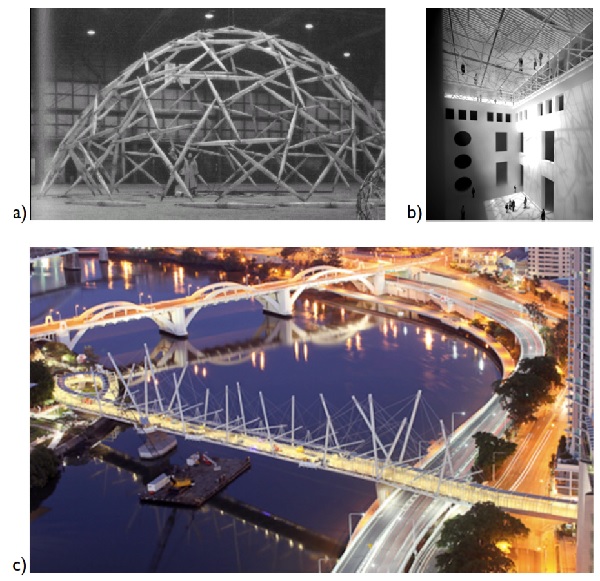 An attempt was given to provide ideas for application of antiprismatic structures by combining the investigated system and different learnt existing systems from the architectural review. 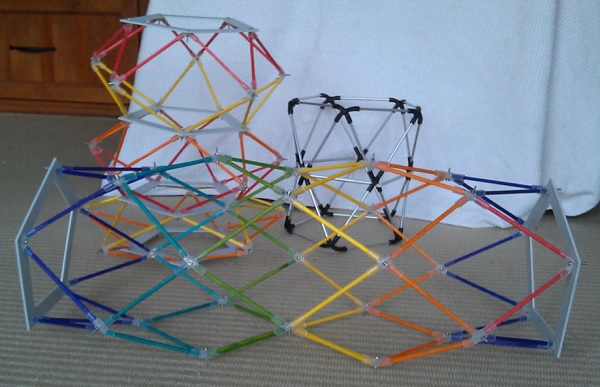 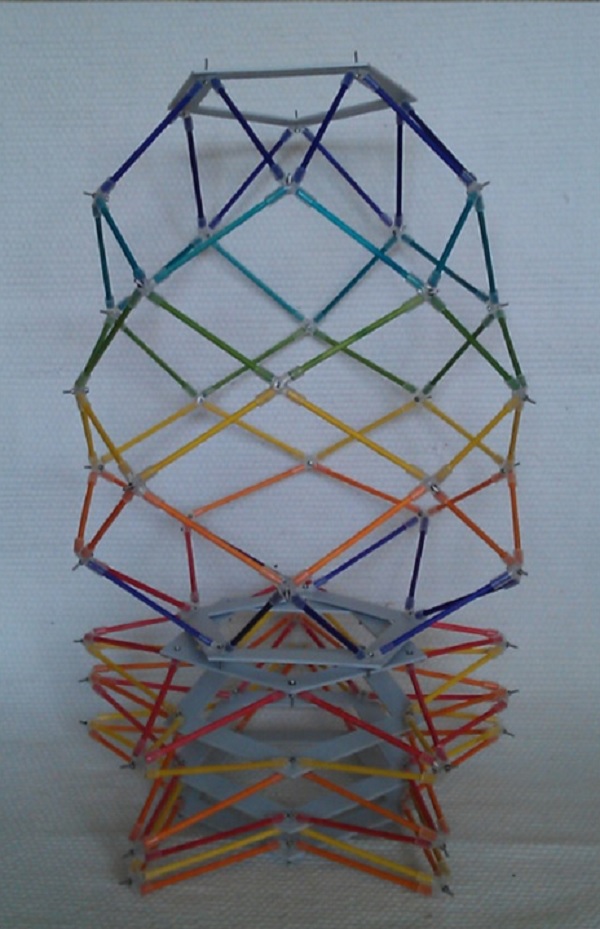 Observing nature, several transformable structures can be found, like the extensible worm, deployable leaves and wing of insects, expanding virus capsid, not to mention the movable structure of our own, human body.

For centuries several small-scale man-constructed deployable structures have been constructed too, such as umbrellas, chairs, fans etc. 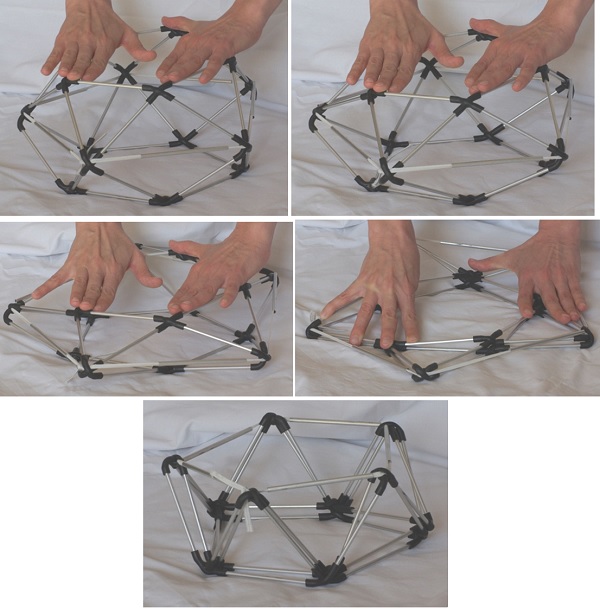 For the last four-five decades, advanced man-made structures have appeared mainly for spatial engineering applications like for booms, solar arrays, antennas, reflectors, as the volume and the weight of a structure to be transported to space is crucial. 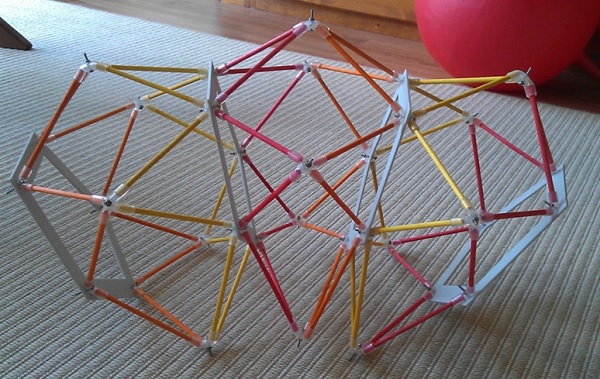 On earth, until recent times, only smaller structures like tents, yurts and shelters had been constructed for architectural purposes.

Confirming to the novel conceptions of the 21th century and due to available numerical and robotics technologies, advanced transformable structures are already applied in civil engineering and architecture. 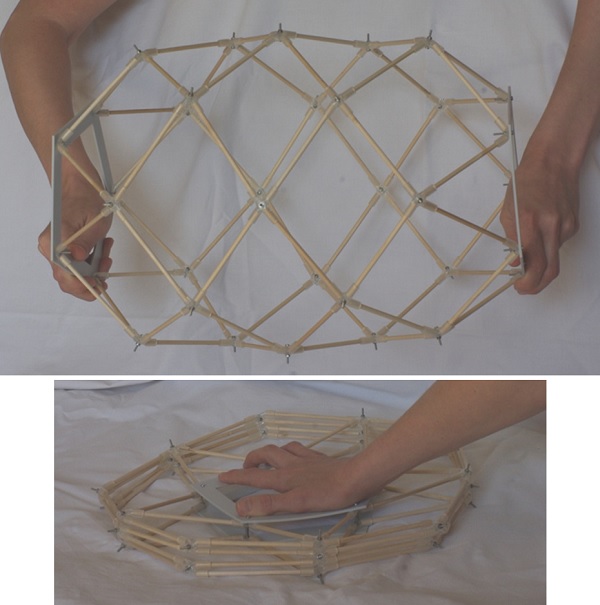 These structures are designed to undergo very large displacements and remain fully operational. Often the structures of that kind can integrate a multibody system or which facilitates a construction phase before being integrated in a structural assembly.

Modeling of the component of 3D frame-type flexible structures of this kind is nowadays under control thanks to the geometrically exact beam model; capable of representing large displacements and rotations, and solving the pertinent instability problems.