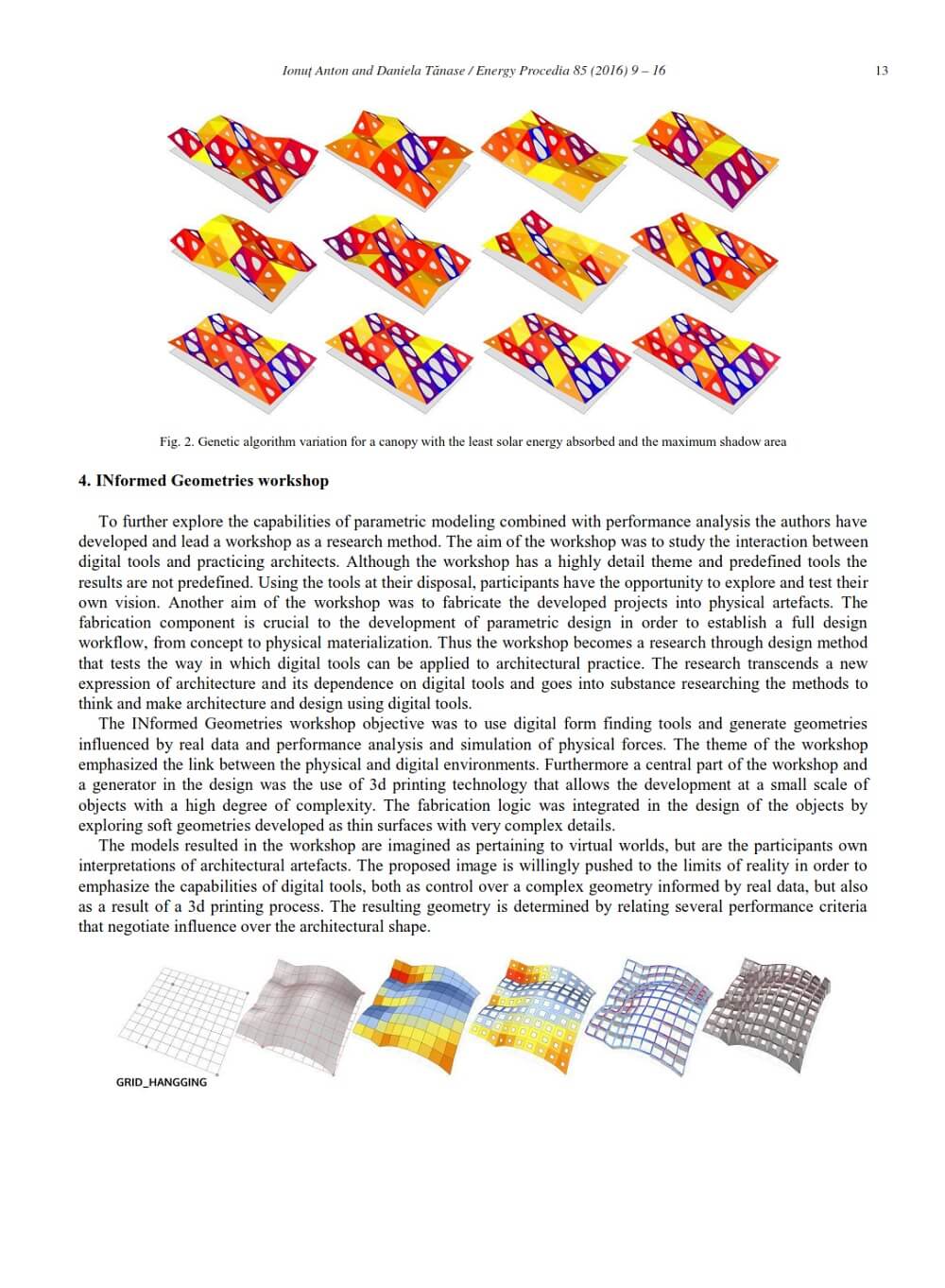 Recent developments in computational design tools have bridged a gap between a well-established parametric building modeling and analysis or simulation software such as EnergyPlus, Radiance, Daysim and OpenStudio, opening up the possibility for architects to use the computational power to model and simulate real environmental behavior of the architectural artefact and its components. Now architects are able to evaluate the behavior of a project, whether it is a building, a city, a landscape or infrastructure and a new road towards an architecture based on performance is opened. 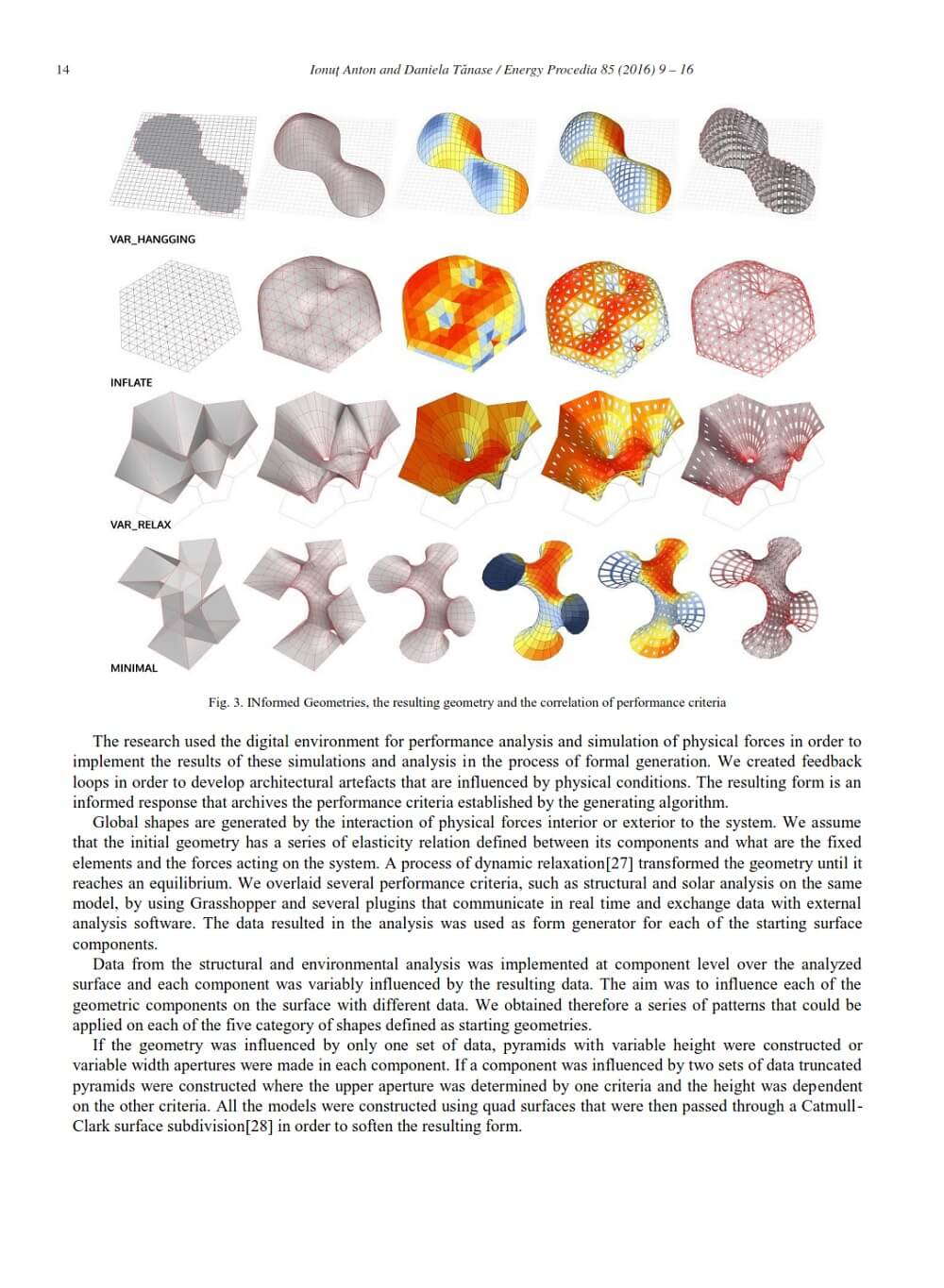 Therefore, it’s possible to put the idea of performance as a precedent to shape development and the architectural form becomes informed by the performative aspects. There are various computational tools in order to gather qualitative and quantitative aspects of the architectural artefacts performance in the early stages of design, and designers can go further from just optimizing a form after it has been defined. This paper by Ionuţ Anton and Daniela Tănase will discuss the implications of parametric modeling and energy analysis in architectural design and will present the authors research in developing architectural forms using the above described tools. 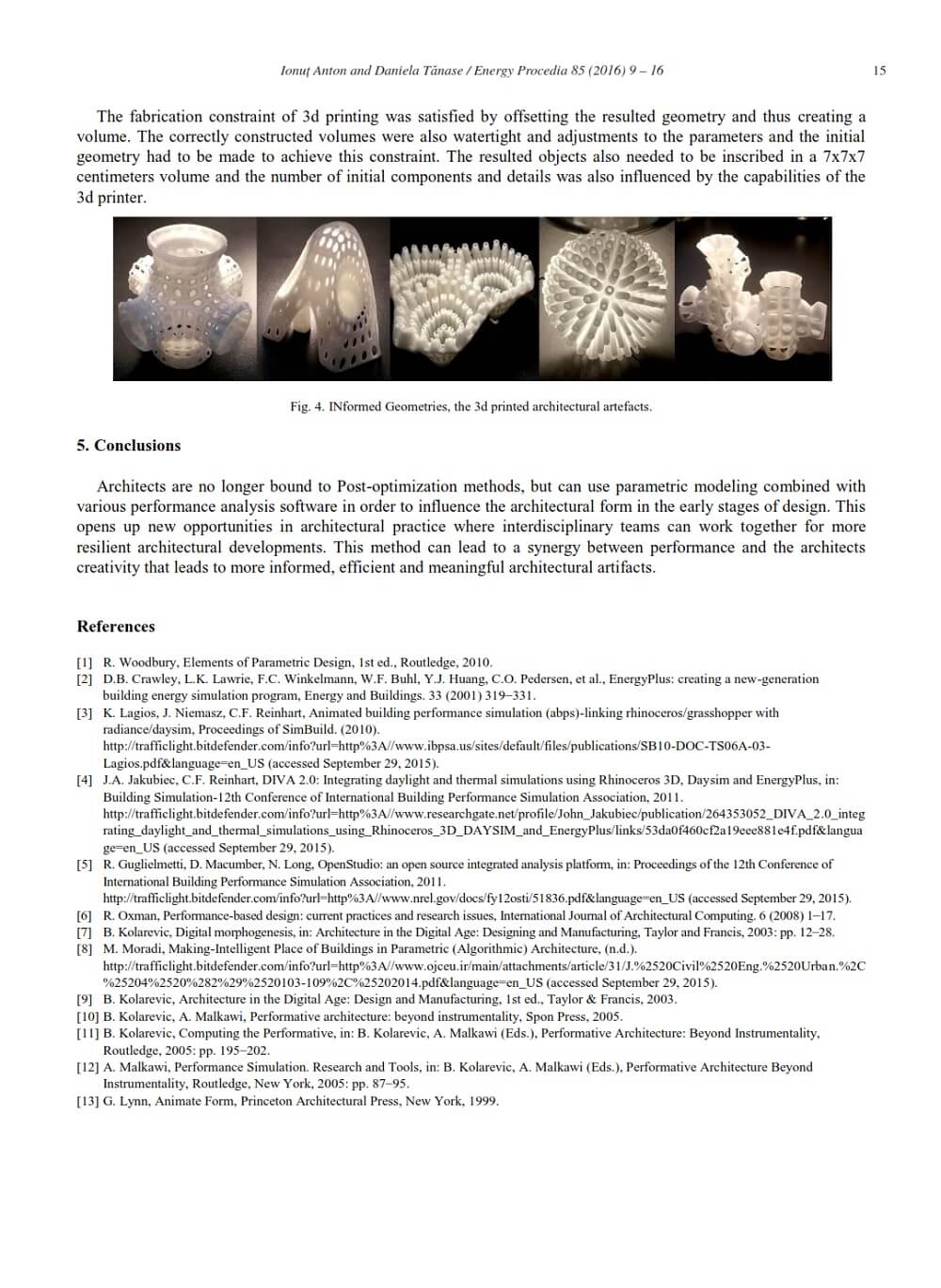