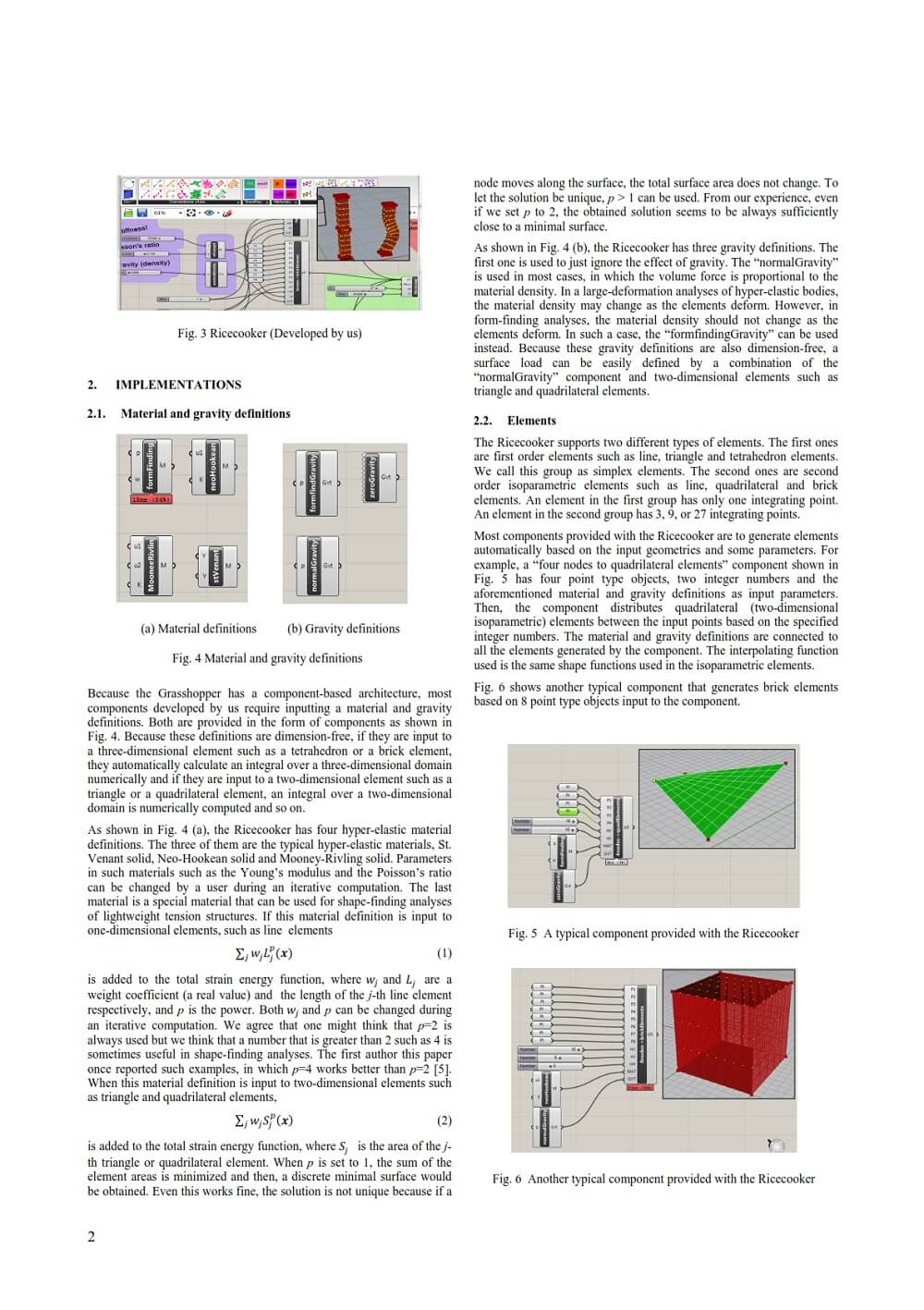 In this paper by Masaaki Miki, Jun Mitani and Takeo Igarashi, authors developed a set of Grasshopper components which enables interactive physics simulation based on the finite element method (FEM). They named this add-on Ricecooker. As a computational method, it is an explicit nonlinear FEM solver that can treat material and geometric nonlinearities. Unlike the usual FEM software, various parameters such as weight coefficients, material coefficients, and the coordinates of the fixed nodes can be changed during a computation through an interactive interface with real-time visualization. Some nonlinear constraint conditions can be also defined by using the provided components, and the constraint values such as the lengths of rigid bars can be also changed during a computation. 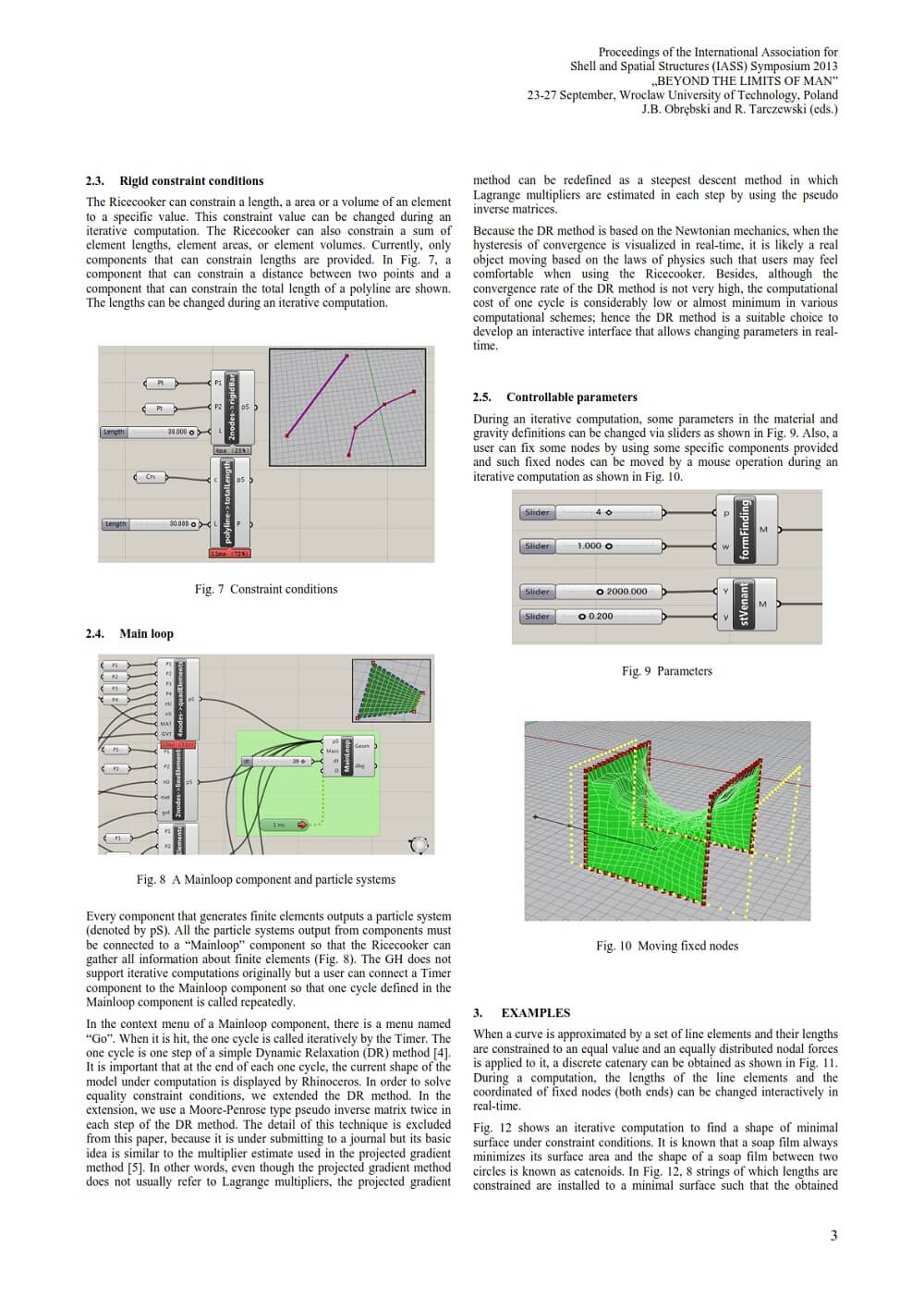 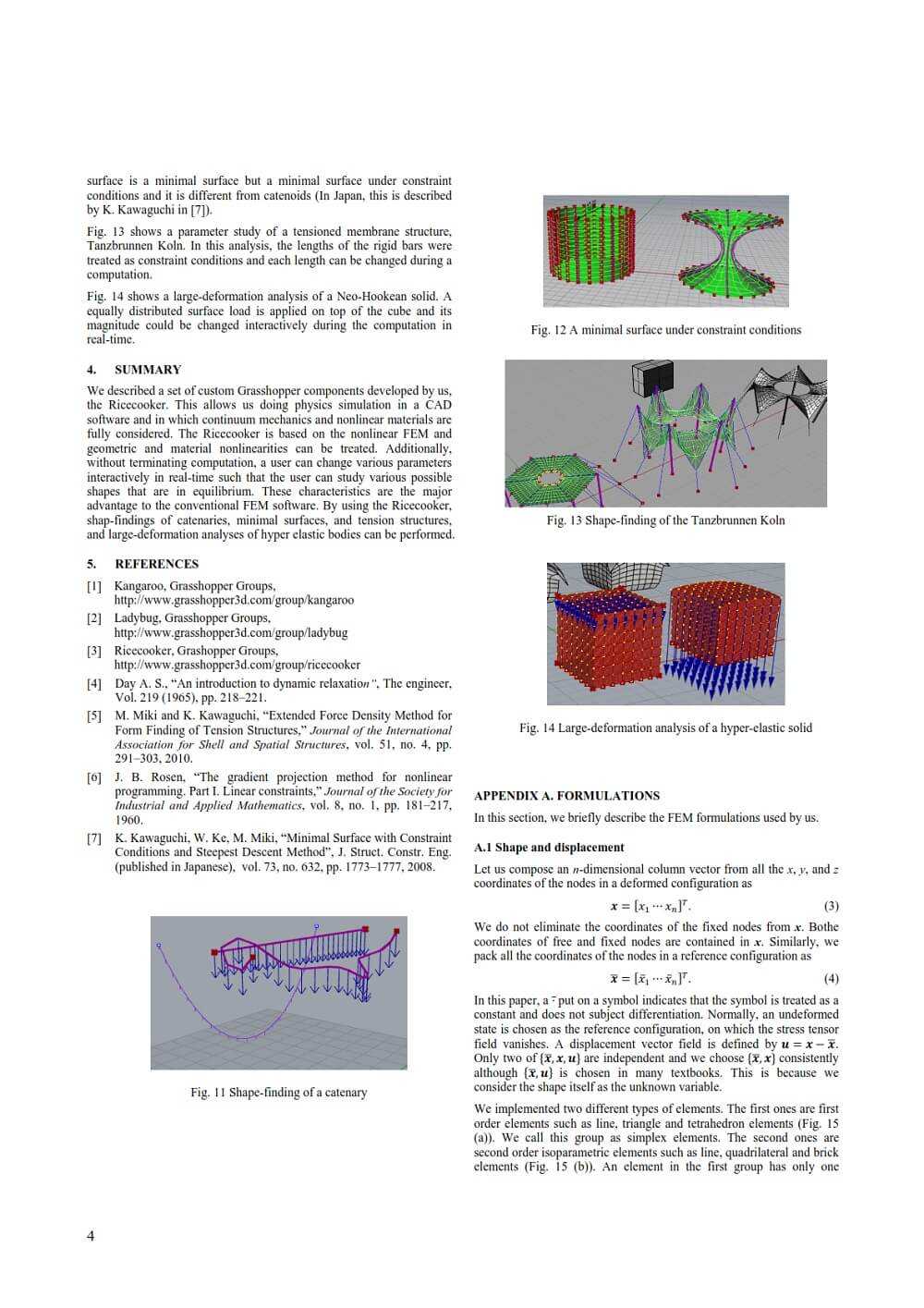