Code, Context, and Perception: Matrix Architecture and the Architect Weaver

Recent technological leaps in data production and computation have afforded both architects and scientists an extraordinary ability to generate information and complex form. Rather than deal in the composition of wholes, architects specializing in generative and parametric design strategies—more formally known as design computation—have adopted a bottom-up approach to the negotiation of constraints within the design process.

This renewed interest in complexity has offered alternative methods for investigating the interrelationships of parts to their wholes, and emergent self-organized pattern systems at multiple scales and applications. The contemporary architecture avantgarde has provided many examples that showcase the proven power such digital tools afford the designer, inspiring and leading to the generation of beautiful form. 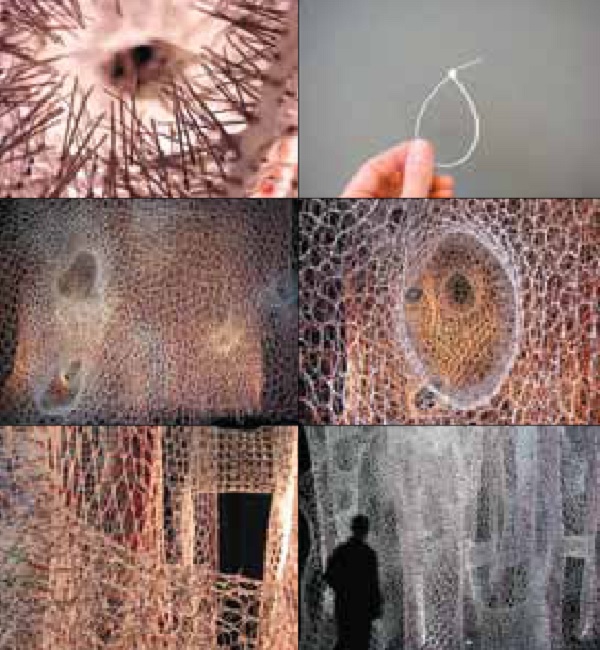 The evolution of digital media has prompted new techniques of fabrication as well as new understandings in the organization of material through its properties and potential for assemblage. The scope of much of this experimental design work and research probes the relationship between code and pattern, material and geometry, fabrication and assembly.

The following projects integrate these relationships with contextual constraints. These are frequently driven by diverse datasets arising from intersections found between science and architecture. The bringing together of code with context, through the study of natural systems and biological models, provides insight into relationships between form, behavior, and environment.

Through transformations in geometry, form, and materials over time and in space, design models are found at varying scales, from that of cells to woven geometries and products to structures and forms and, finally, to building. Natural models—and, more specifically, those found in biology—offer the architect a new way of considering design ecology.

The combined architectural result depends upon the visualization of complex datasets through the generation and design of computational tools. Material, geometry, and environment are not separate from each other but, rather, share reciprocal and, therefore, ecological relationships through a comprehensive modeling of inputs and outputs. 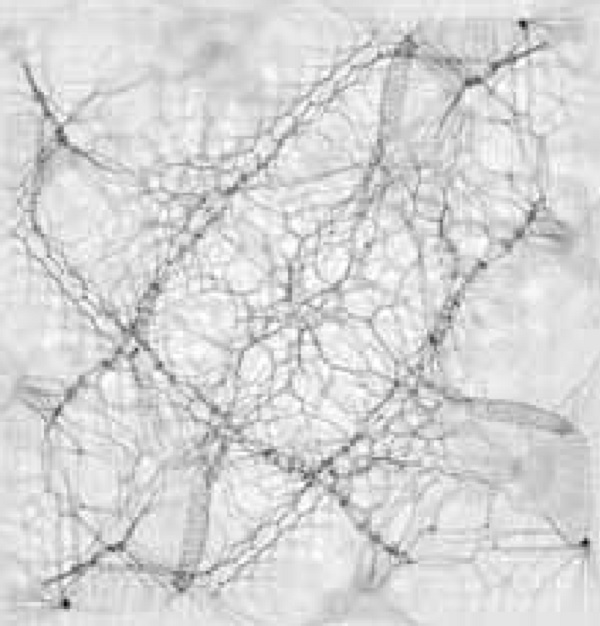 Looking to nature for design inspiration is not a new idea, but perhaps, the way that we “see” is. Architects and structural engineers, for example, have historically turned to natural models to design and build better shell and membrane structures.

Cable nets have been inspired by the high strength-to-weight ratio of the spider web, as have pneumatic structures after Frei Otto’s well-known soap bubble experiments, or vaults after shells and eggs composed of hard and curved materials, as well as geodesic domes after single-celled aquatic radiolarian. 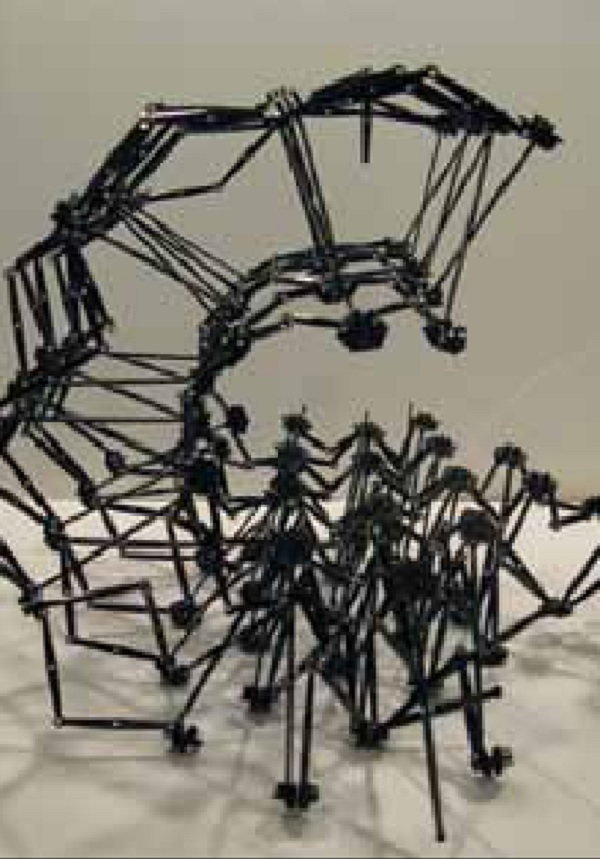 The structural designer Robert Le Ricolais studied the tension networks inherent to radiolarian in order to understand the dynamic properties and qualities of closed and open “skeletal” structures. Le Ricolais professed that he had “found no better discipline in this unpredictable problem of form than to observe the prodigies created by nature.

” Le Corbusier also looked to nature to inform his well-known proportional building system, called the “Modulor.” Le Corbusier stated, “In Nature, the smallest cell determines the validity, the health, of the whole.”1 Corbusier sought to standardize and rationalize space, and the order found in nature informed many of his ideas.2 He was intrigued by the architecture of the homes of ants and honeybees and he referred to the biology of the city.3 He spoke of “Radiant Architecture,” an architecture that would impose its influence upon its surroundings, and would be made radiant through the Modulor. 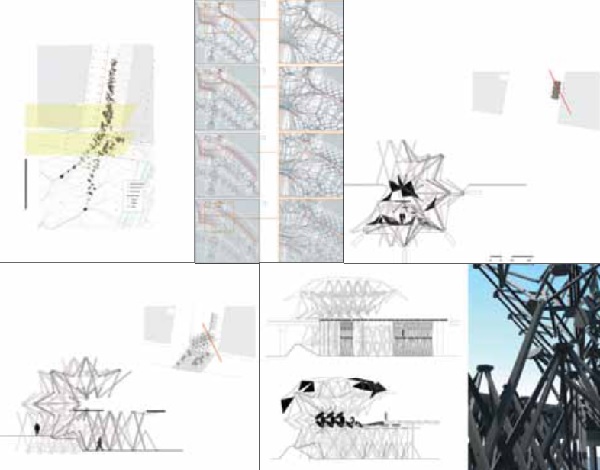 Figure 10–14 Final Pavilion Design—The deployable systems, earlier informed and programmed by the inner workings of cellular morphology, now respond, adapt and grow in concert with their existing environment, the UPenn campus waterfront along the Schuylkill River in Philadelphia. Misako Murata and Christopher Lee, 2008

This immersion within trans-disciplinary work found at the interface between architecture, computation, and science was initiated and further fostered through the Nonlinear Systems Organization (NSO), a research arm at PennDesign founded by the visionary structural engineer, Cecil Balmond. This interface has been substantially bolstered by a 4-year strong collaboration with Dr.

Peter Lloyd Jones, Professor of Pathology and Laboratory Medicine based at the Institute for Medicine and Engineering at the University of Pennsylvania. Within the context of this collaboration, we have co-founded a hybrid architectural-biological research and design unit, the Sabin+Jones LabStudio; therein, we are primarily interested in architectural models and design tools that emerge through the study of cells and tissues within tissue-specific, dynamic, extracellular matrix environments.

More specifically, we are observing how micro-environmental architectures, at the level of the matrix, control cell behavior at the geometric, biochemical, and biophysical levels. The matrix environment is a cell-derived, woven and globular protein network that contacts most cells within the body— an architectural textile of sorts. 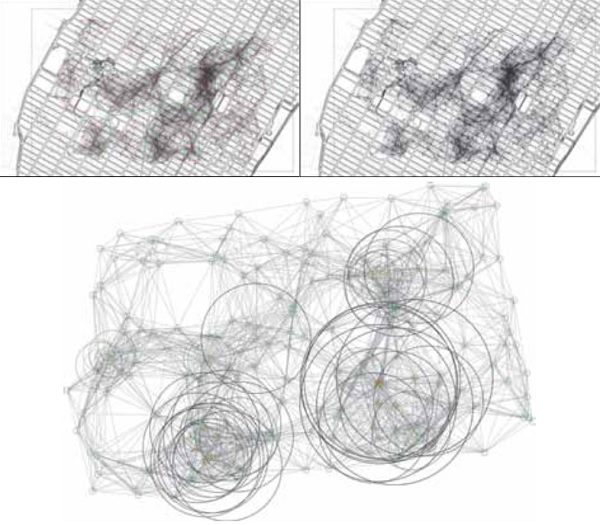 Importantly, as I have come to learn from my collaboration with the Jones laboratory, this environment changes dynamically throughout development and disease; we are specifically interested in models that show how these alterations feed back to control cell and tissue behavior at the level of code and beyond, in multiple dimensions including time.

The exploratory and experimental architecture described here demands collaboration and requires participation in two-way dialogues. It favors process-driven research over goal-driven research. Its vitality is dependent upon intuition or knowing where to look along the way. This clarity comes forth from doing, making, collaborating, and failing. ”Knowing where to look” requires a constant refinement of one’s intuition.