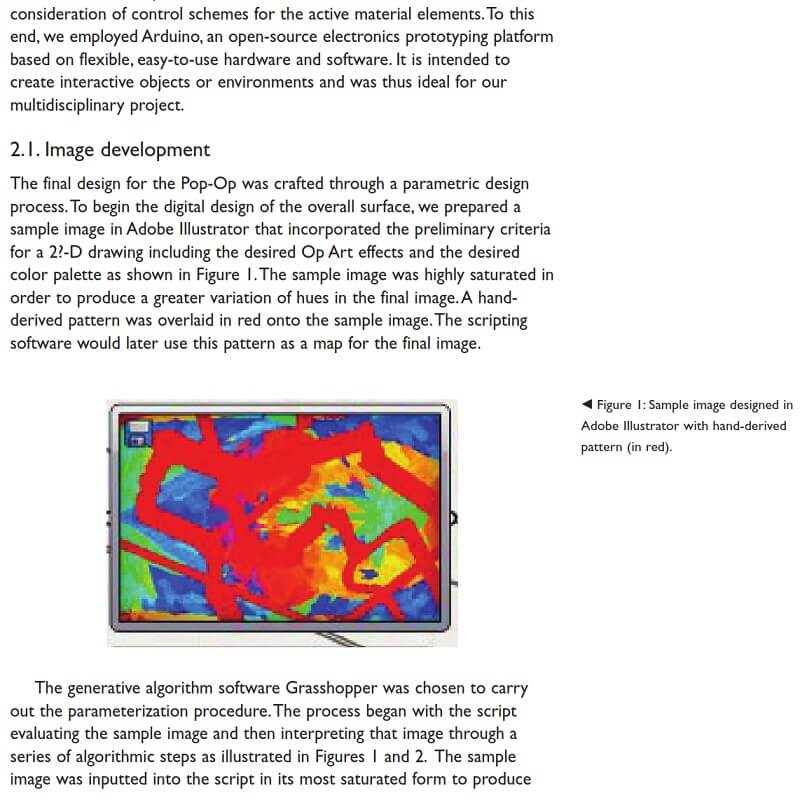 Recent tendencies in architecture take a unique point of view, with aesthetically novel and unnatural sensibilities emerging from a close scrutiny and study of apparently natural systems. These tendencies are being driven by mathematical and computational abstractions that transform the way we understand the matter- information relationship. 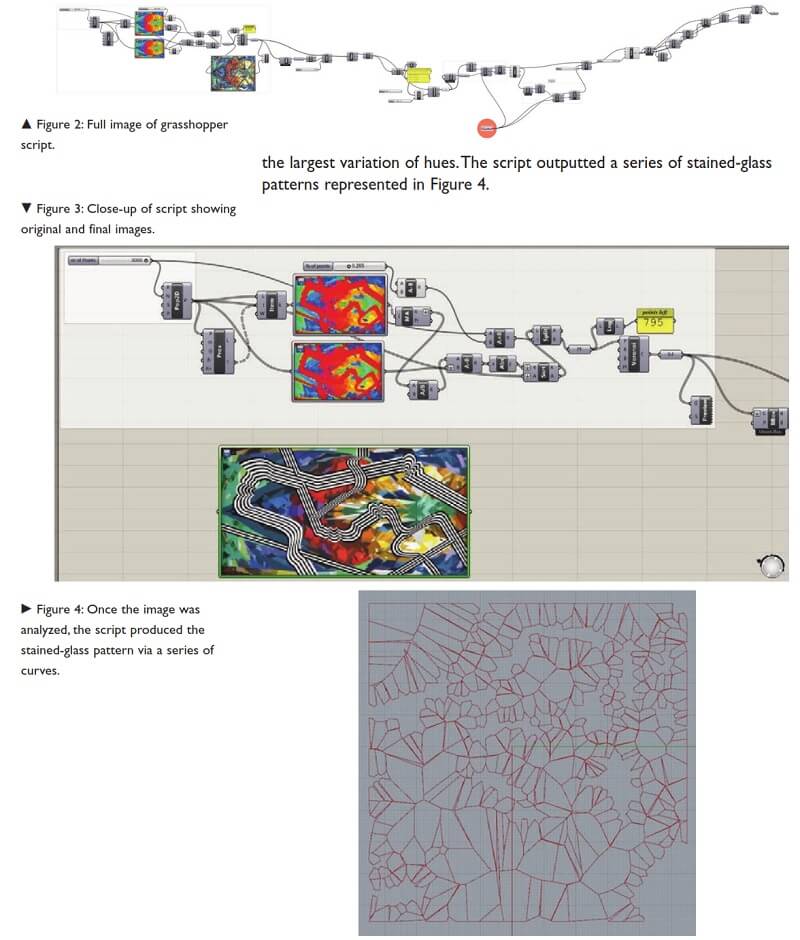 This project by Gabriel Esquivel, Dylan Weiser, Darren J Hartl and Daniel Whitten was inspired by Op Art, a twentieth century art movement and style in which artists sought to create an impression of movement on an image surface by means of an optical illusion. Passive elements consisting of composite laminates were produced with the goal of creating lightweight, semi-rigid, and nearly transparent pieces. 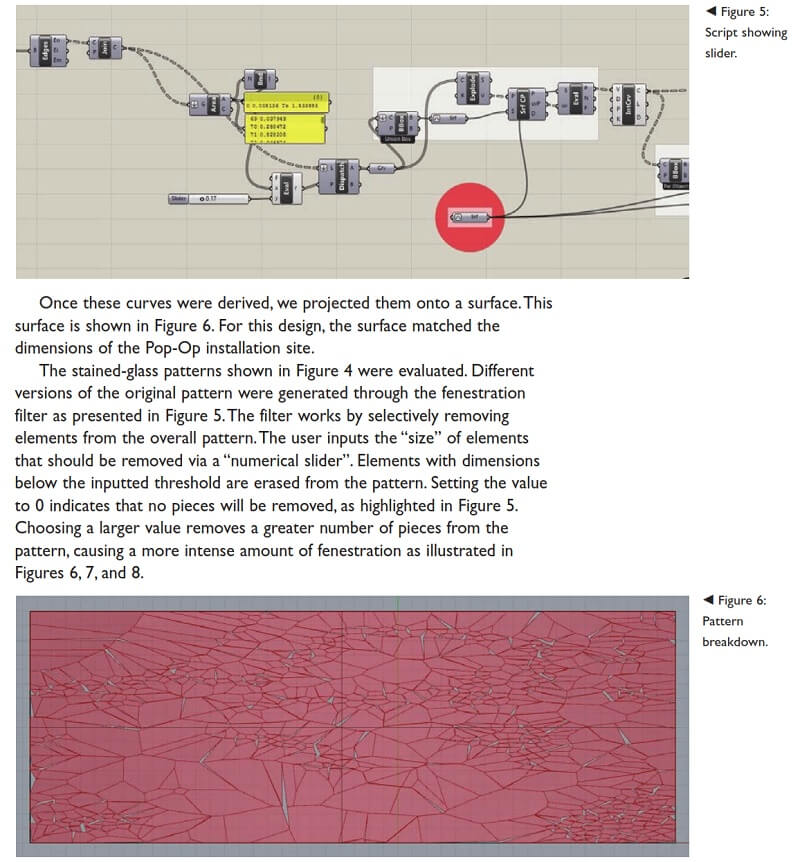 The incorporation of active materials comprised a unique aspect of this project: the investigation of surface movement through controlled and repeatable deformation of the composite structure using shape memory alloy (SMA) wiring technology. The integration of composite materials with SMA wiring and Arduino automation control resulted in an architectural wall that incorporated perceptual and actual motion. 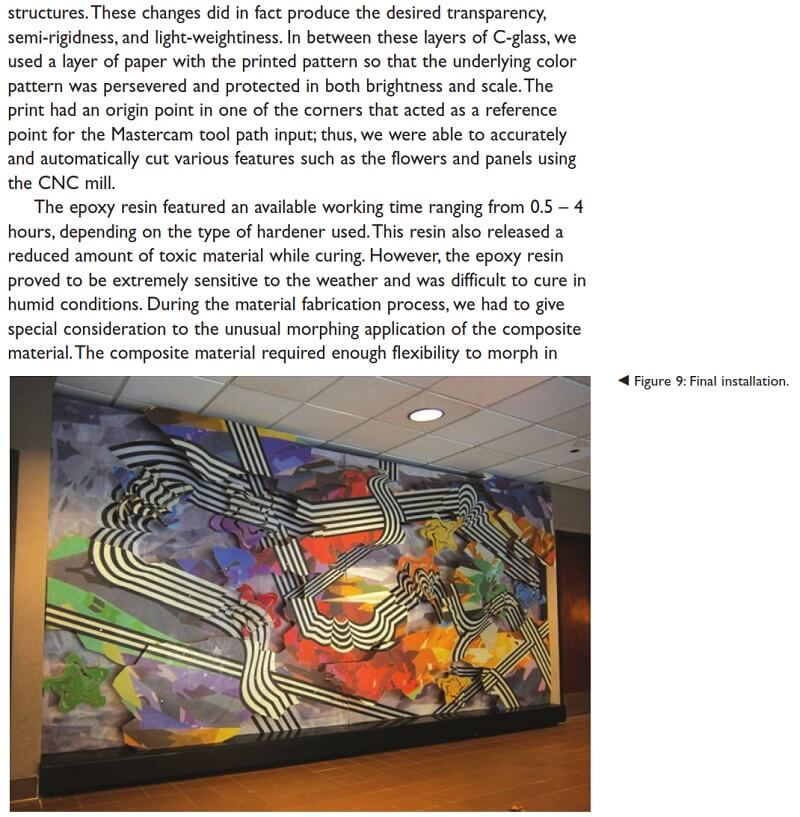 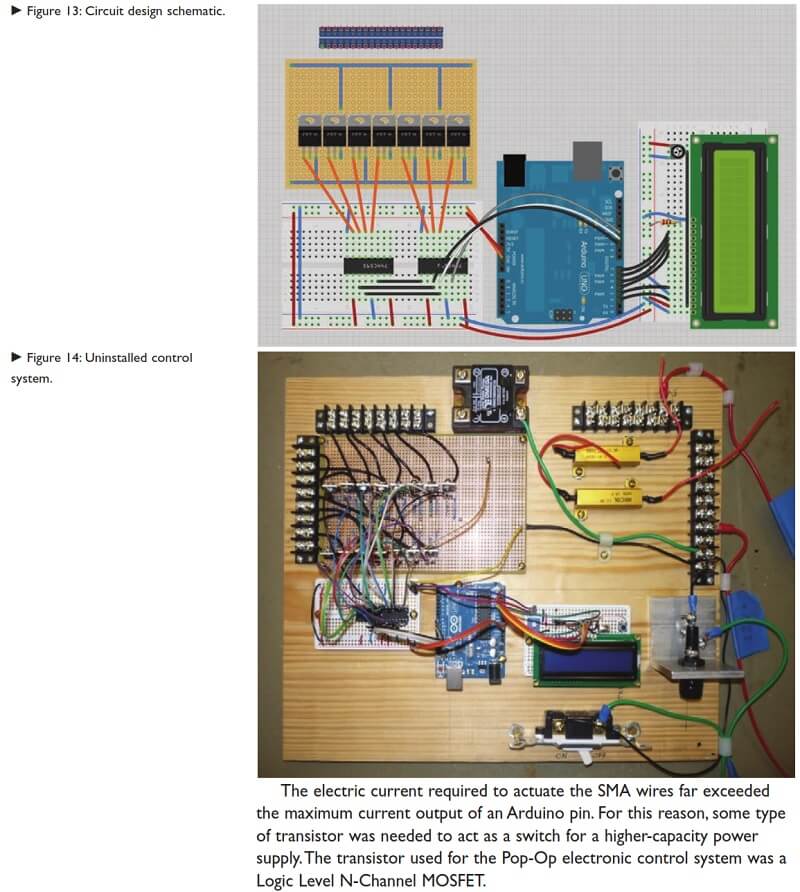