3Faculty of Architecture and the Built Environment, Delft University of Technology, 2628 BZ Delft, The Netherlands 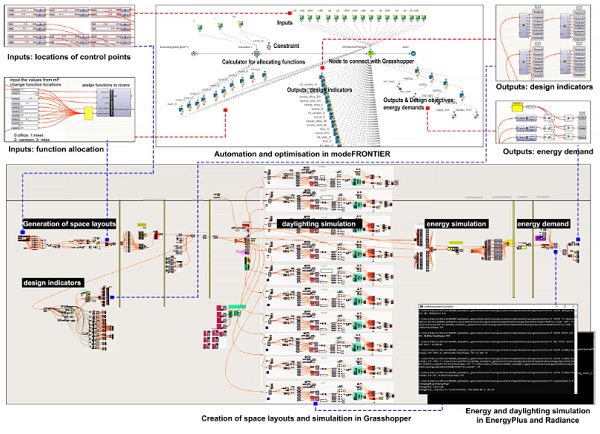 Figure 2. Workflow of the computational method and screenshots of used tools.

Architectural space layout has proven to be influential on building energy performance. However, the relationship between different space layouts and their consequent energy demands has not yet been systematically studied. This study thoroughly investigates such a relationship.

In order to do so, a computational method was developed, which includes a method to generate space layouts featuring energy‐related variables and an assessment method for energy demand. Additionally, a design of experiments was performed, and its results were used to analyse the relation‐ ship between space layouts and energy demands. 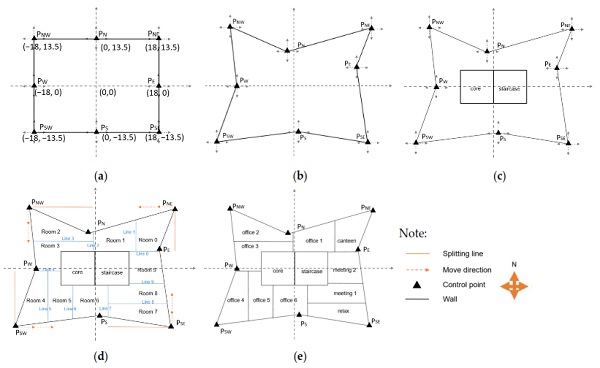 Figure 3. Procedure for generating layouts. (a) Original layout; (b) Changing the layout boundary using control points; (c) Locating the core and staircase in the middle; (d) Splitting the remaining layout into 10 rooms with the same area; (e) Allocating functions to the 10 rooms.

In order to identify their relationship, four types of design indicators of space layout were proposed, both forthe overall layout and for each function. Finally, several optimisations were performed to minimise heating, cooling and lighting demands.

The optimisation results showed that the maximum reduction between different layouts was up to 54% for lighting demand, 51% for heating demand and 38% for cooling demand. The relationship analysis shows that when comparing the four types of design indicators, the façade area‐to‐floor area ratio showed a stronger correlation with energy demands than the façade area ratio, floor area ratio and height‐to‐depth ratio. 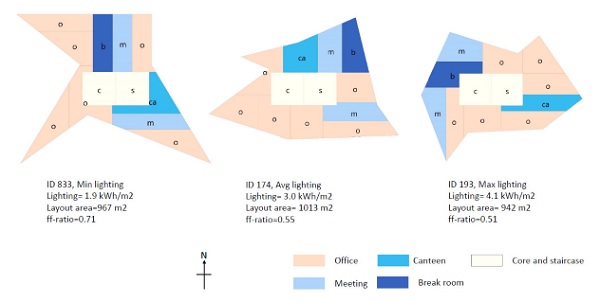 Overall, this study shows that designing a space layout helps to reduce energy demands for heating, cooling and lighting, and also provides a reference for other researchers and designers to optimise space layout with improved energy performance.

Space layout design is one of the most important tasks in architectural design, taking place around ‘scheme design’ and ‘design development’ in the early design phase. It refers to the allocation of different functions within the building plan, and it is based on the placement of interior partitions as well as exterior walls. Some studies showed that space layout impacts building energy performance greatly.

Figure 9. Layouts with no room orienting West, resulting from the optimisation for minimising heating demand. Note: The room orientations were defined based on the normal of internal walls.

space layout has proven to have an impact on building energy performance. However, the relationship between different space layouts and the consequent energy demands has not been systematically studied, and few studies have applied PCA to space layout design.