As a widely applied method in many fields, parametric design is now finally exerting influences on architectural industry with the rapid development of Internet technology. 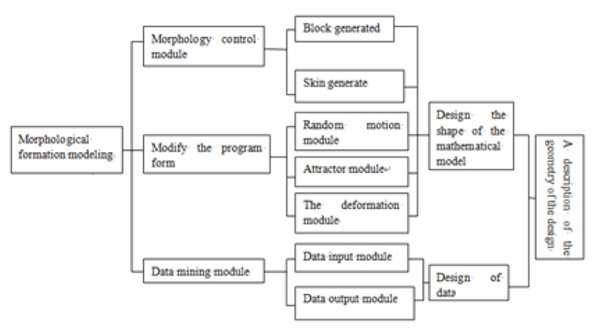 Figure 2: The parameters of the scheme

Around the 1990s, the development of Internet and computer technology led to subtle changes in architectural designs. Computer mastery of complex three-dimensional figures is becoming stronger and stronger.

Architects need to unite these contradictions to form a state of balance to make the finial designs optimal. From this perspective, the combination of parametric design and architectural design is quite natural and perfect.

There are many factors in architectural designs. These factors can be integrated in line with the formation idea of functions and be treated as the combination of various parameters.

Figure 4: The first stage of modeling

Some logic relations or mathematical algorithms can be applied to theoretical analysis; consequently, the above connection can be abstracted to form mathematical relations; this way, commands are created.

Figure 5: Modeling in the second stage

Describe the above parameter relations using computer language and establish a model with computer software. After all the above steps, the actual data of the parameters can be entered into the computer through software; related commands can be conducted according to the given algorithms. Finally, a prototype based on control parameters can be achieved.

Only in this way can the various contradictory parameters be integrated together during the design process. Consequently, these parameters can be led to an optimal equilibrium point to realize integral optimal design.