The development and application of an optimization tool in industrial Design 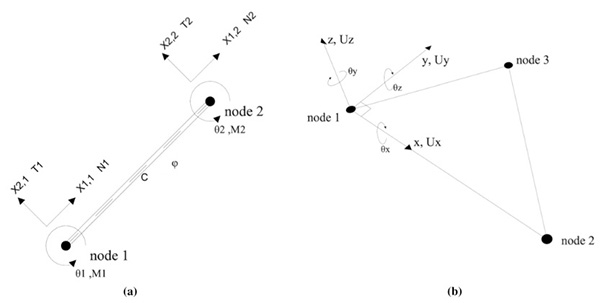 Designers are identified, in industry, as the professional figures that have to design well performing new object. In order to do this, it is necessary to take into account a series of properties called design objectives. Often the structural problem of new design is underestimated or even not considered. This can be a real problem because this objective is in competitive and in contrast with other design objectives.

So, this can bring to substantial change in a design in the final phase and sometimes to the complete change. In this paper is presented an optimization workflow that adopt a Multi Objective Optimization engine so called “Octopus” and Karamba3D, that is a Finite Elements (FE) plug-in, typically used in structural simulations, these extensions run in a software: Grassopper3D, that is a parametric design tool.

The workflow allows designers to explore a large range of solutions and at the same time permits to filter and sort the optimized models in order to analyze the tradeoff of the resultant solution space, both qualitatively and quantitatively. 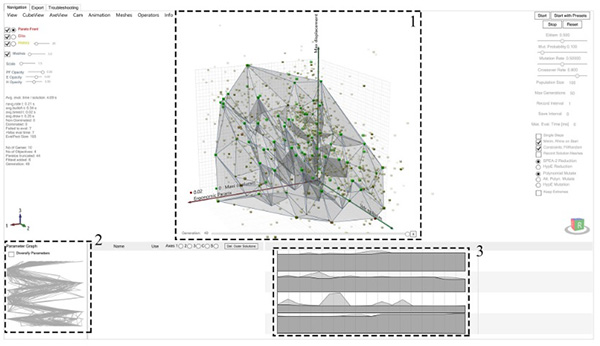 In such way designers can obtain easily a lot of information of the generate design and identify potential solution for immediate use or for further optimization. In this paper is analyzed a design problem of an ergonomic chair in order to provide the efficiency of the workflow. The design criteria and the structural problem for this type of design object are identified as the main optimization objectives in order to iteratively improve the design solutions.

To date, designers face the challenge of designing products by improving the performance of objects using qualitative and quantitative criteria. Using traditional design methods, the new class of designers are unable to produce and examine a large number of variants of the object, and they cannot guarantee the performance criteria implemented in the original design.

The new graphical and computational computer technologies have permit to develop design tools that allows to explore and find a larger number of solution in design subspace of optimum results. 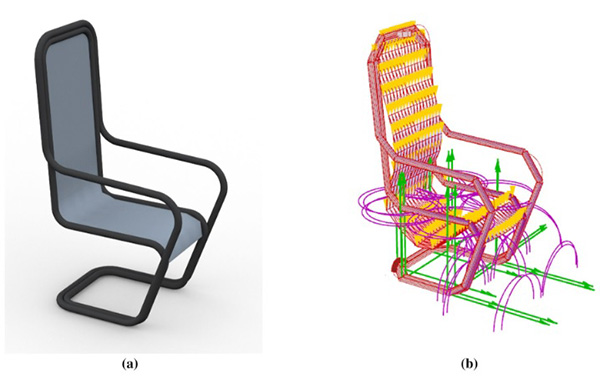 In Octopus, the designer can filter and sort the solutions in order to compare them and select the elements of the population (set of solutions), to which to apply subsequent optimizations, making the optimization process interactive. Octopus is based on an evolutionary system so called Genetic Algorithm (GA). Some GA techniques allow designers to act, if necessary, in the evolutionary optimization process by selecting which elements of the population to maintain and which to discard.

For this reason, these techniques are defined as IGA (Interactive Genetic Algorithm), while the evolutionary method is called Evolutive Multi-objective Optimization (EMO). Different design criteria are examined, in the production process of the object, as optimization objective.

The solutions obtained are analyzed by the designer and are then implemented again by the combined action between the computer and the user. At the end of the process, It is possible to identified as the system is based on two different elements that allow its success: the evolutionary systems GA and user intervention. 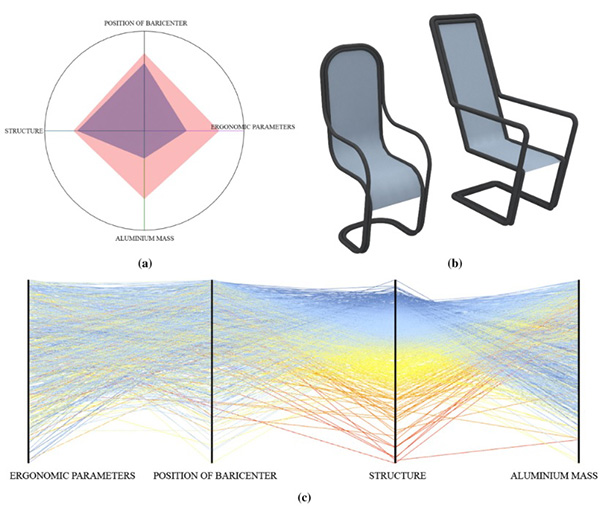 For example, the furnishing element taken into consideration in this paper, the chair, must have a series of characteristics that require important design choices to be made by the user. In this way, human interaction with the genetic algorithm becomes fundamental to ensure comfort and increasingly complex geometries.

When a furniture company start to project a chair the design criteria adopted are several and very often in conflict with each other. These criteria include maximum comfort, maximum resistance to loading, stability of the structure and a minimum consumption of raw material in order to minimize cost of production.

In addition to these criteria, the design constrains had to be take into account; these must be seen as initial boundary conditions of the problem. These constrains includes size constrains, that are linked to the segment of product for which the design is intended; and the shape constrains that reflect the creative will of the designer and represent the qualitative and aesthetic control parameter of the shape. 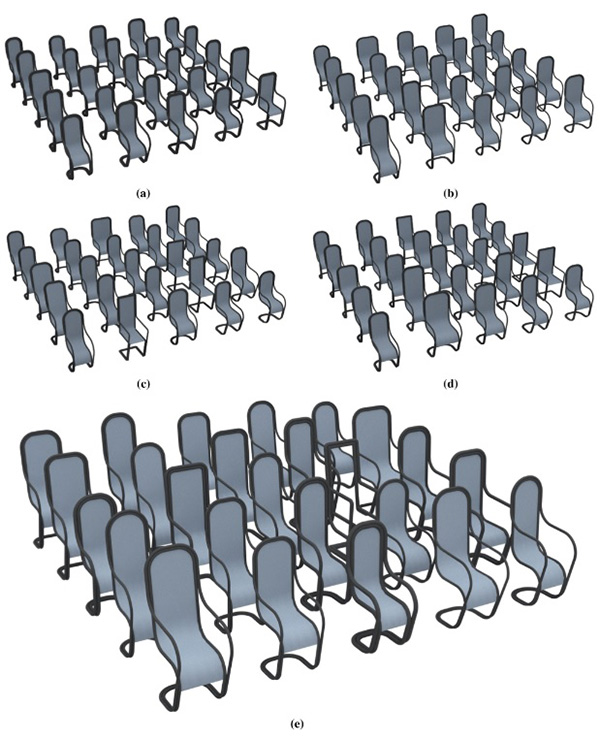 The exploration in the design space is limited by these boundary condition but they are also necessary to define a path to develop the optimization of the final product.

The principal aim of this paper is the creation of workflow, in order to help spread the optimization techniques within the manufacturing sectors in the process of industry. The proposed methods, exemplified through the case study, can be easily applied to any other definition of a three-dimensional model in grasshopper.

The use of parametric modeling affects all production sectors; however, this process is not coupled with the implementation of Genetic Algorithms. This is due to the difficulty of interpreting the results and the slowness of the method. The workflow and the data obtained through the case study are a guide for designers in the sector who want to obtain and display optimized results, partially overcoming the limitations of the process.

The use of this method for the chair object is nothing more than a first preliminary study of the application of genetic algorithms and generative systems to the prototipation and creation of design models. This has been useful to underline and illustrate the potential of the graphic tools applied by the new figures of computational designers who are insinuating into industry.