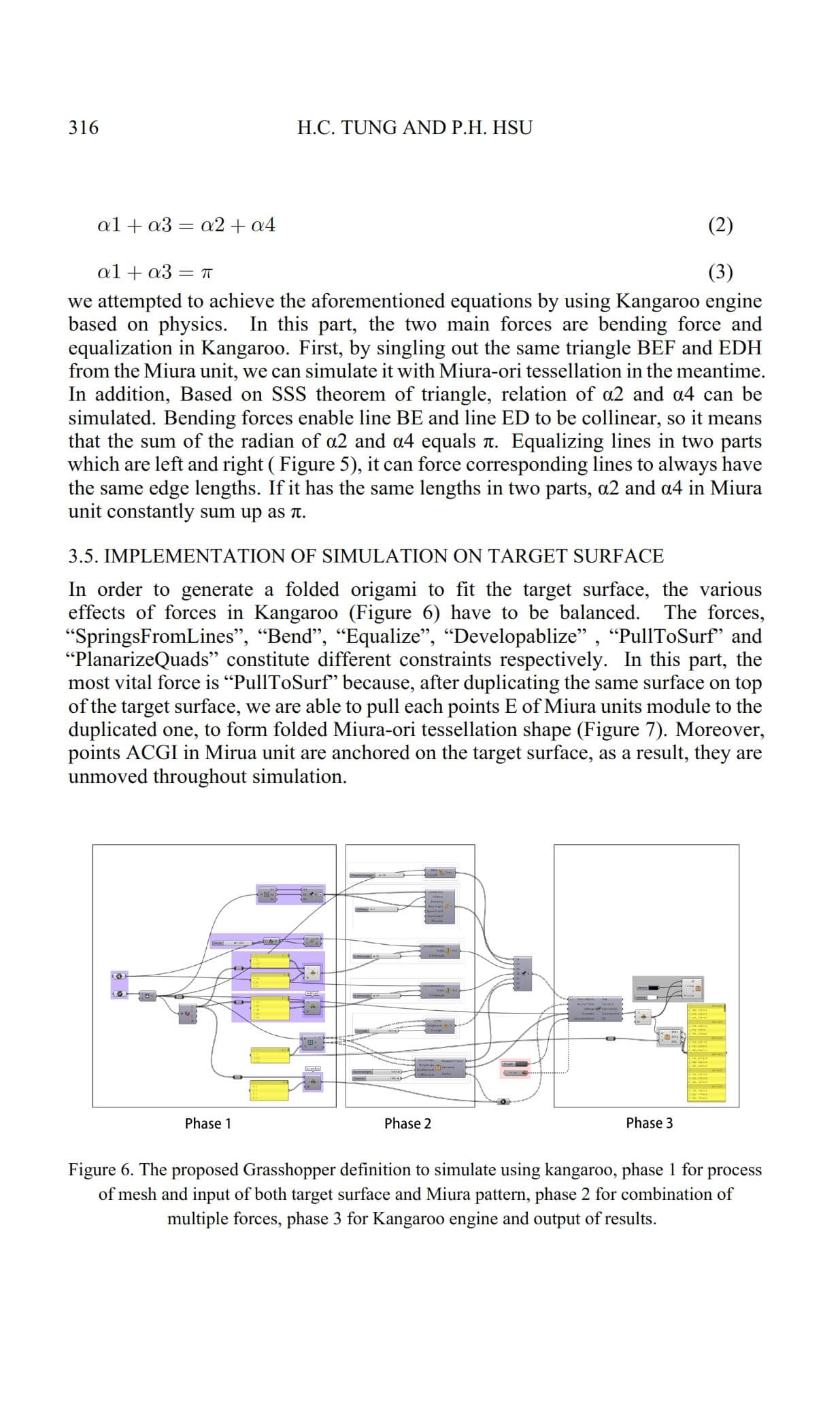 When creating new kinds of origami, people design origami creases pattern on 2D plane. Consequently, people unable to precisely envision the 3D folded shape. However, in architecture, civil engineering and industrial applications, an accurate layout is important. This research by Hong-Cing Tung and Pei-Hsien Hsu is to compile an algorithm for creating origami forms with developability and flat-foldability on the target surface, more specifically, by setting a target surface first, generating a Miura-ori tessellation from the geometric configuration of a target surface. 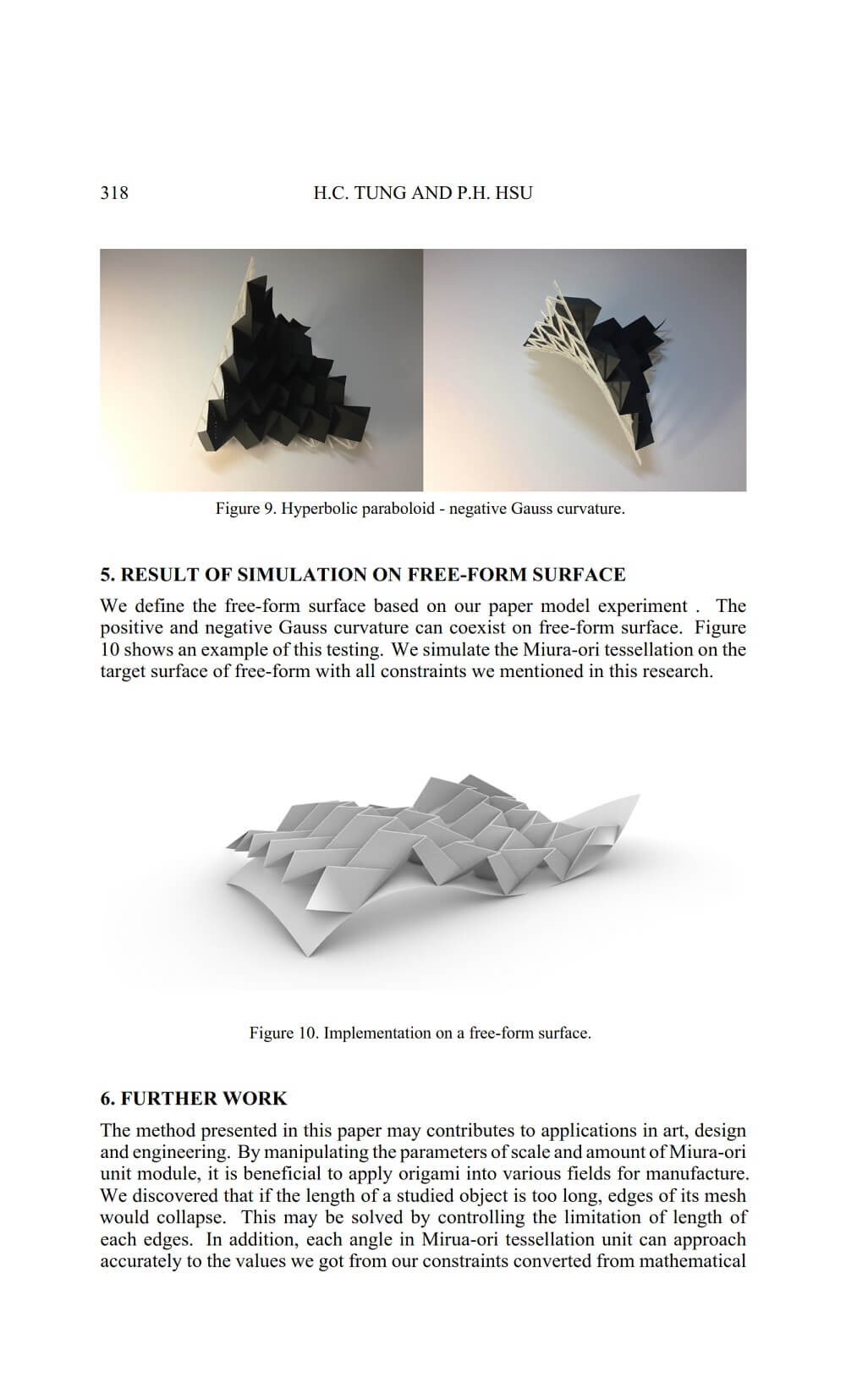 Authors achieve creating origami forms on a target surface, so that they can generate architectural surfaces with folded structure and accurately layout for construction. Their approach facilitates designing a free-form origami structure upon parametric and 3D modelling software for artists, designers and architects. 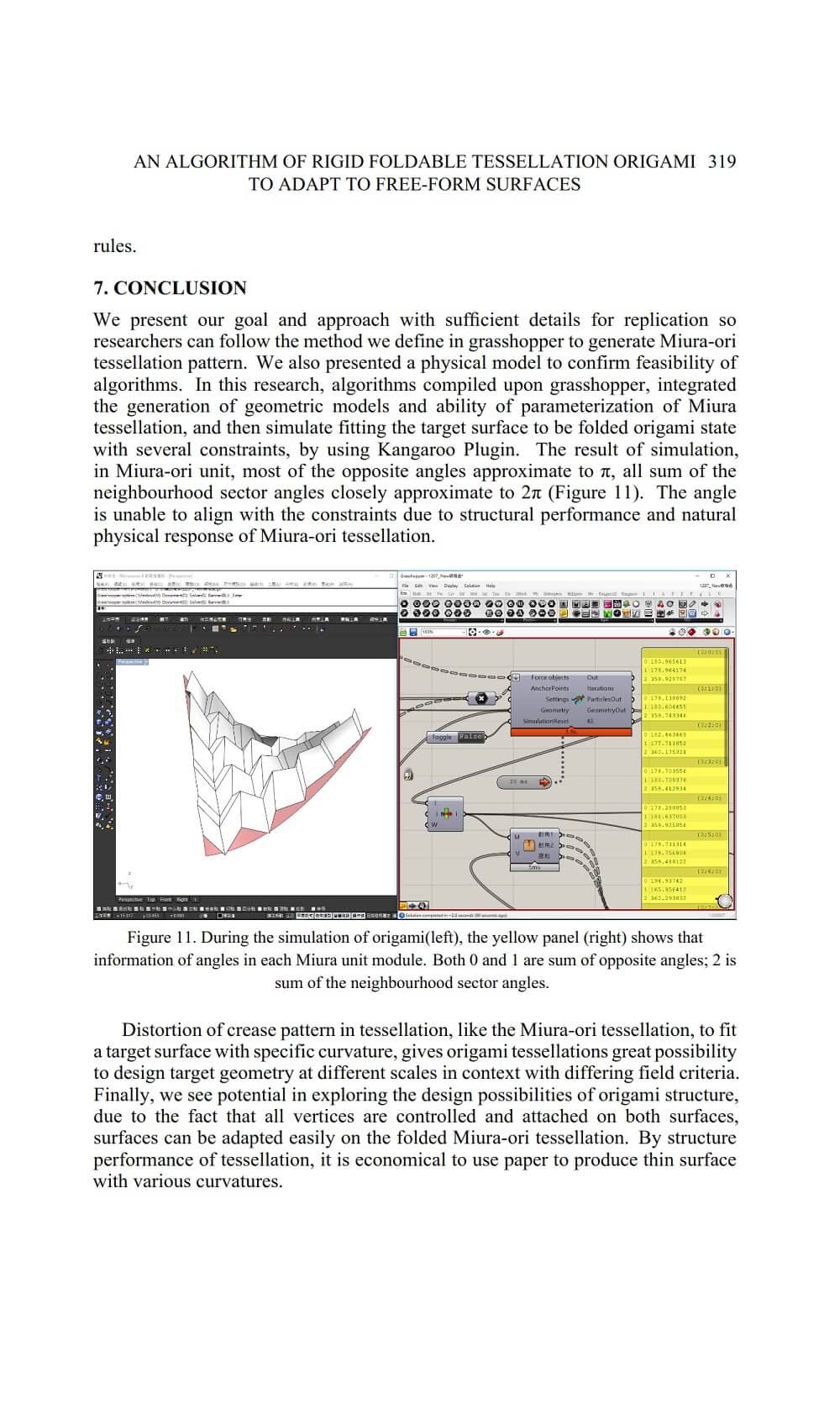