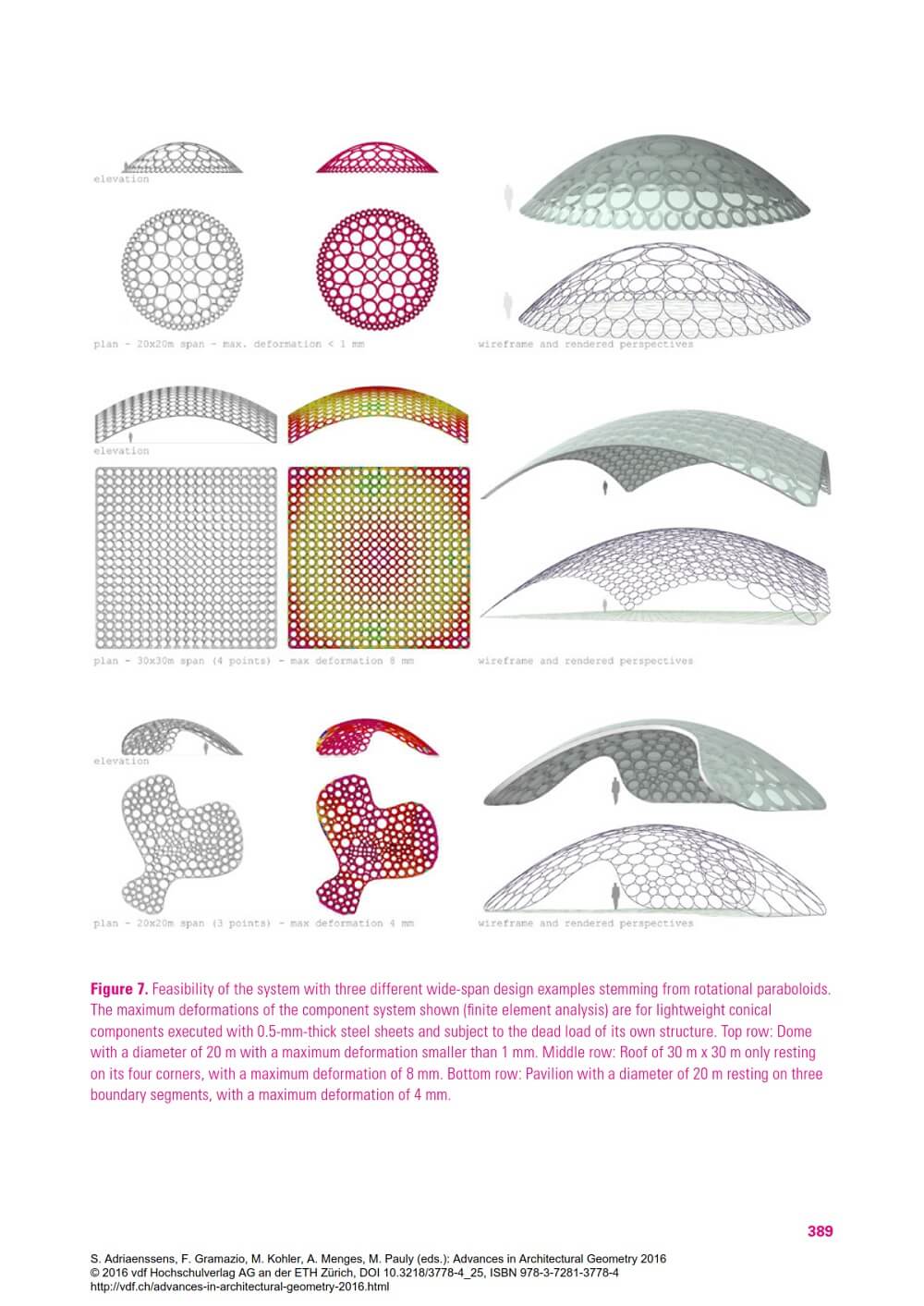 Although initially intended for academic purposes, the research shown in this paper by Roberto Narváez-Rodríguez and José Antonio Barrera-Vera was finally led towards the development of hollow lightweight conical components to materialise rotational parabolic domes. The starting point is a projective interpretation of an Archimedean property of rotational paraboloids planar sections. This is used to discretise the parabolic surface with a set of tangent ellipses obtained via planar circle-packing algorithms. 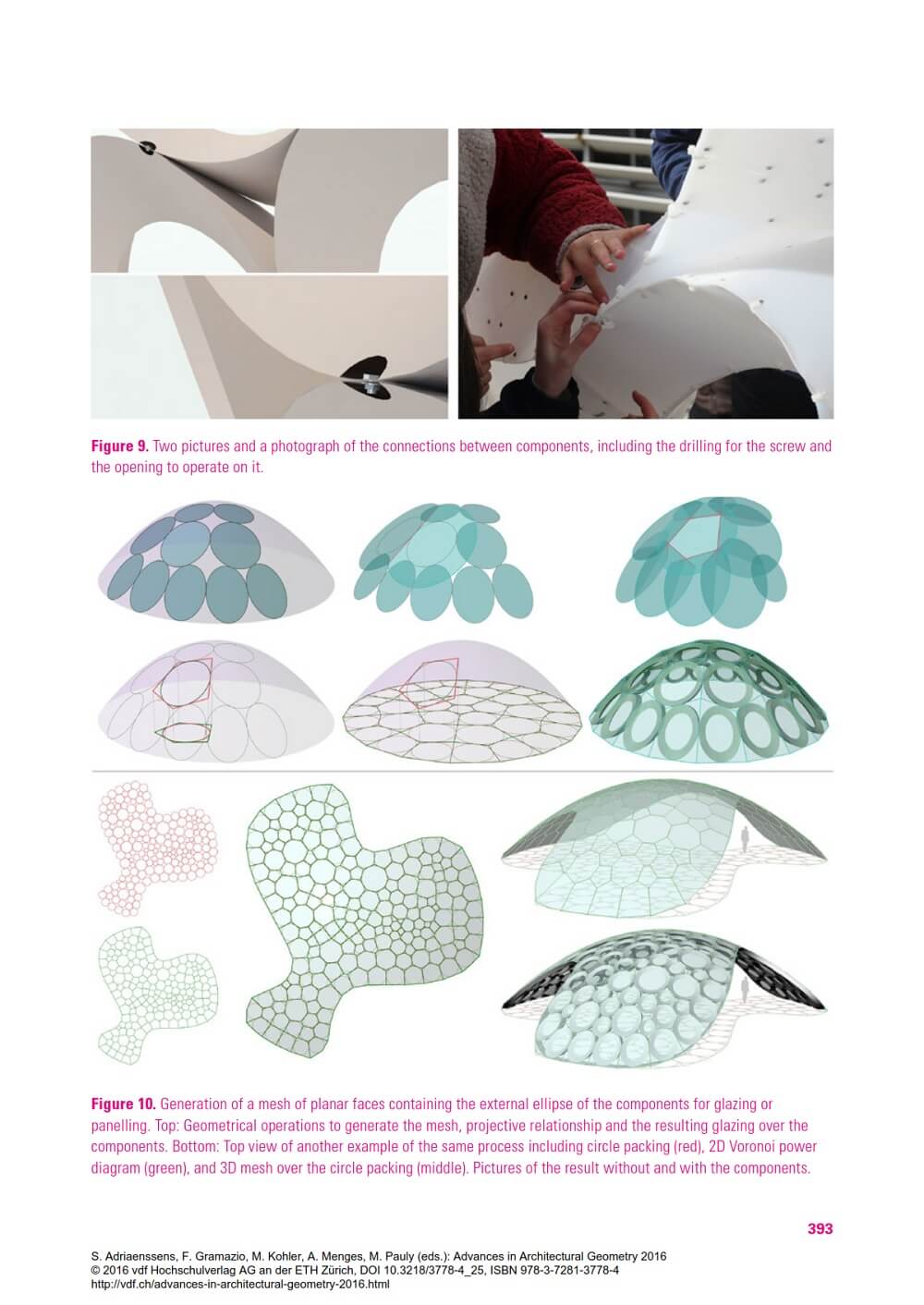 Finally, the ellipses are materialised with components composed of three truncated conical surfaces which might be made up of several laminar materials. The geometry and economy of material, the good structural behaviour, the simple solution for fabrication and assembly and the tests on a full-scaled prototype prove this component to be an efficient self-supporting system for wide-span structures against the use of solid boundary rings, not only for rotational parabolic domes, but also for a possible translation to other types of surfaces. 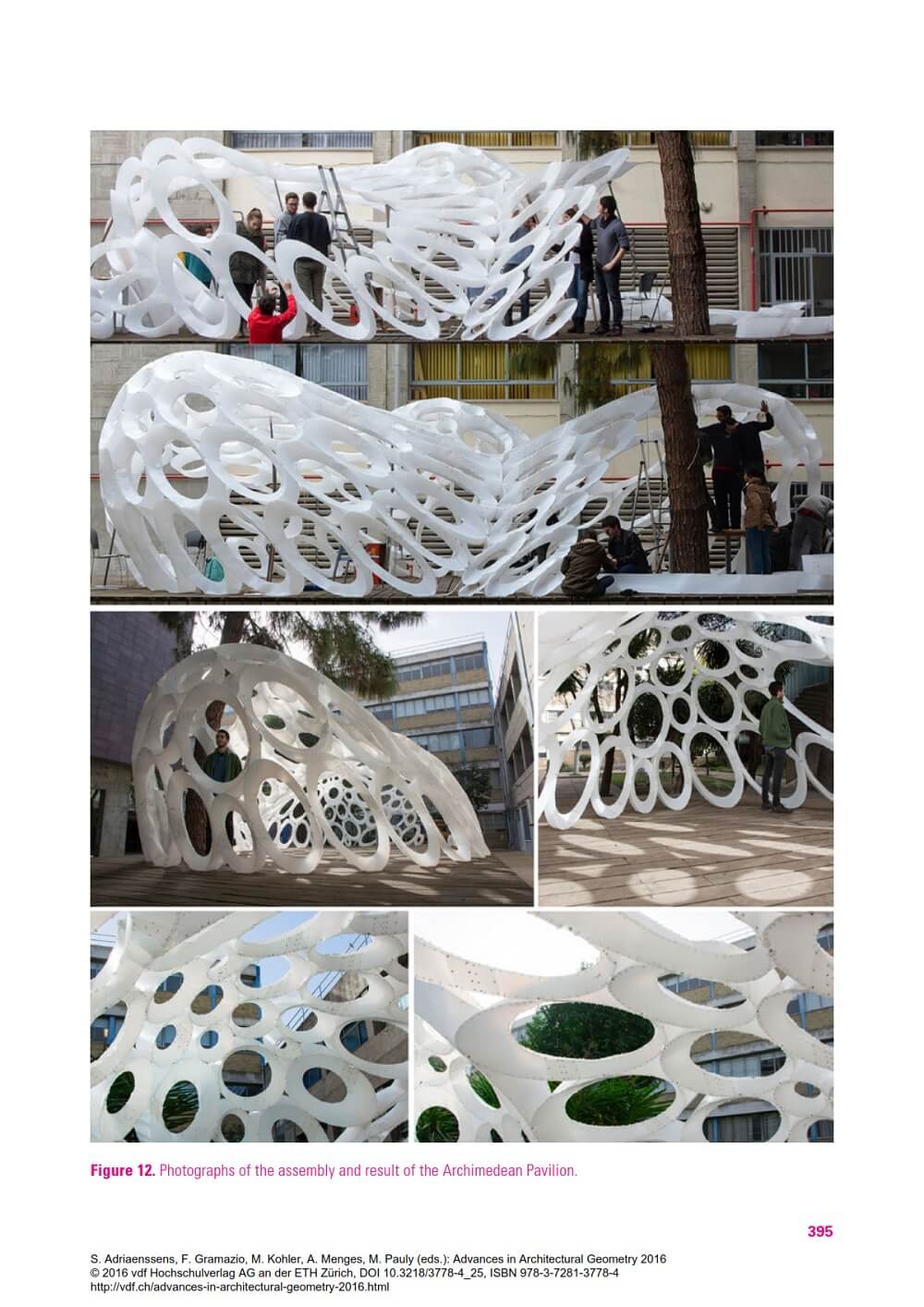