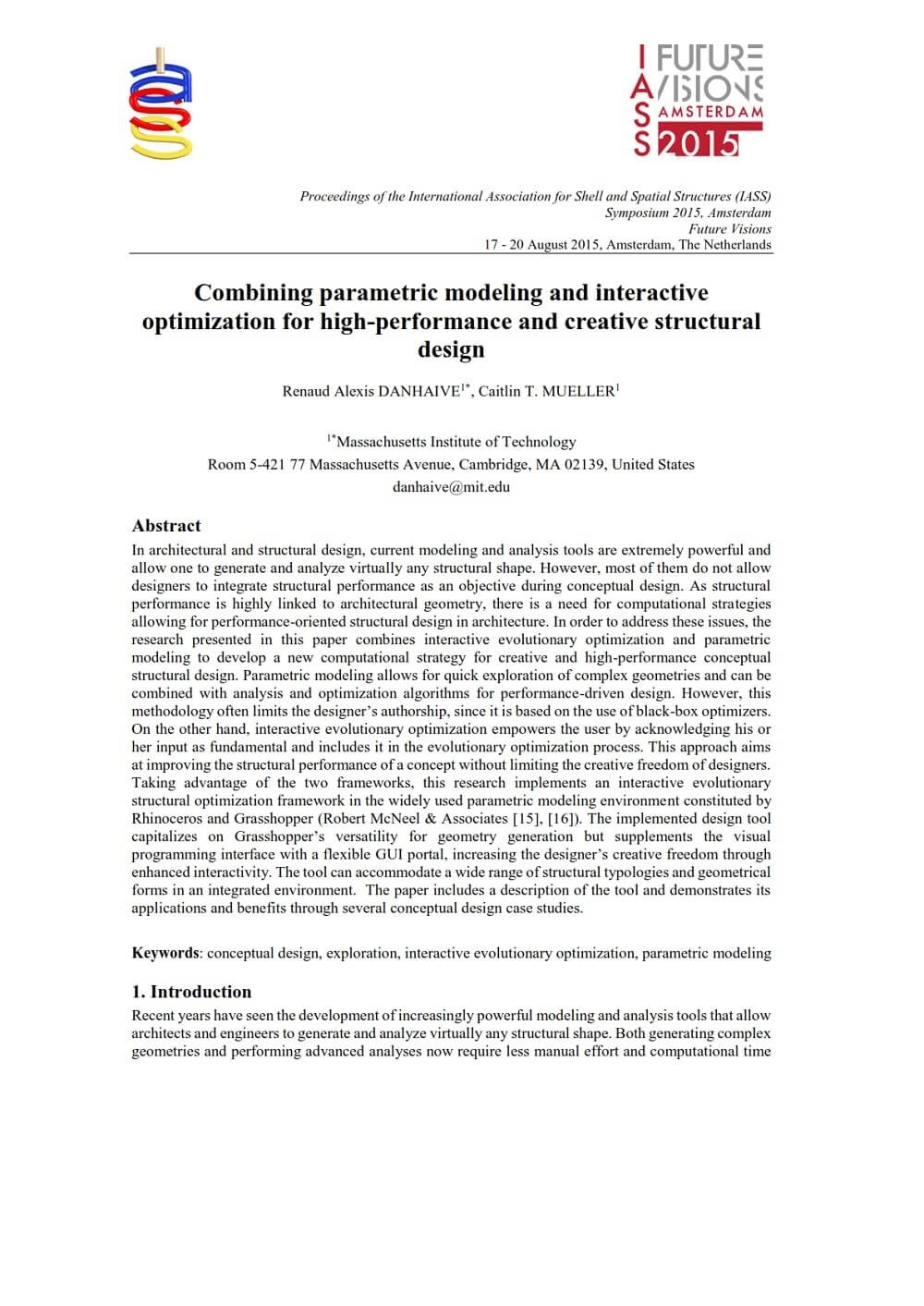 This paper by Renaud Alexis Danhaive and Caitlin T. Mueller is about Combining parametric modeling and interactive optimization. In architectural and structural design, current modeling and analysis tools are extremely powerful and allow one to generate and analyze virtually any structural shape. However, most of them do not allow designers to integrate structural performance as an objective during conceptual design. As structural performance is highly linked to architectural geometry, there is a need for computational strategies allowing for performance-oriented structural design in architecture. In order to address these issues, the research presented in this paper combines interactive evolutionary optimization and parametric modeling to develop a new computational strategy for creative and high-performance conceptual structural design. 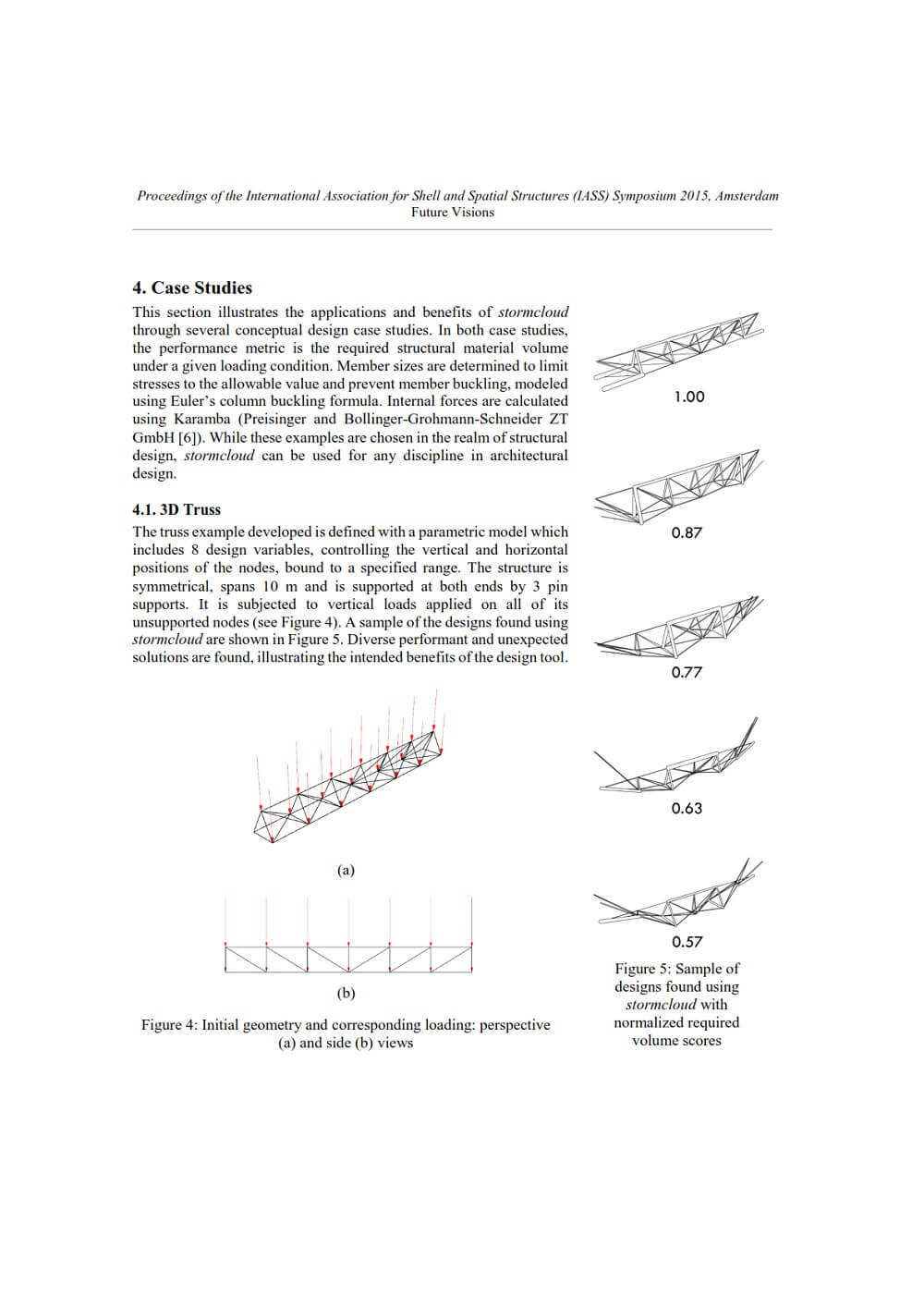 Parametric modeling allows for quick exploration of complex geometries and can be combined with analysis and optimization algorithms for performance-driven design. However, this methodology often limits the designer’s authorship, since it is based on the use of black-box optimizers. On the other hand, interactive evolutionary optimization empowers the user by acknowledging his or her input as fundamental and includes it in the evolutionary optimization process. This approach aims at improving the structural performance of a concept without limiting the creative freedom of designers. 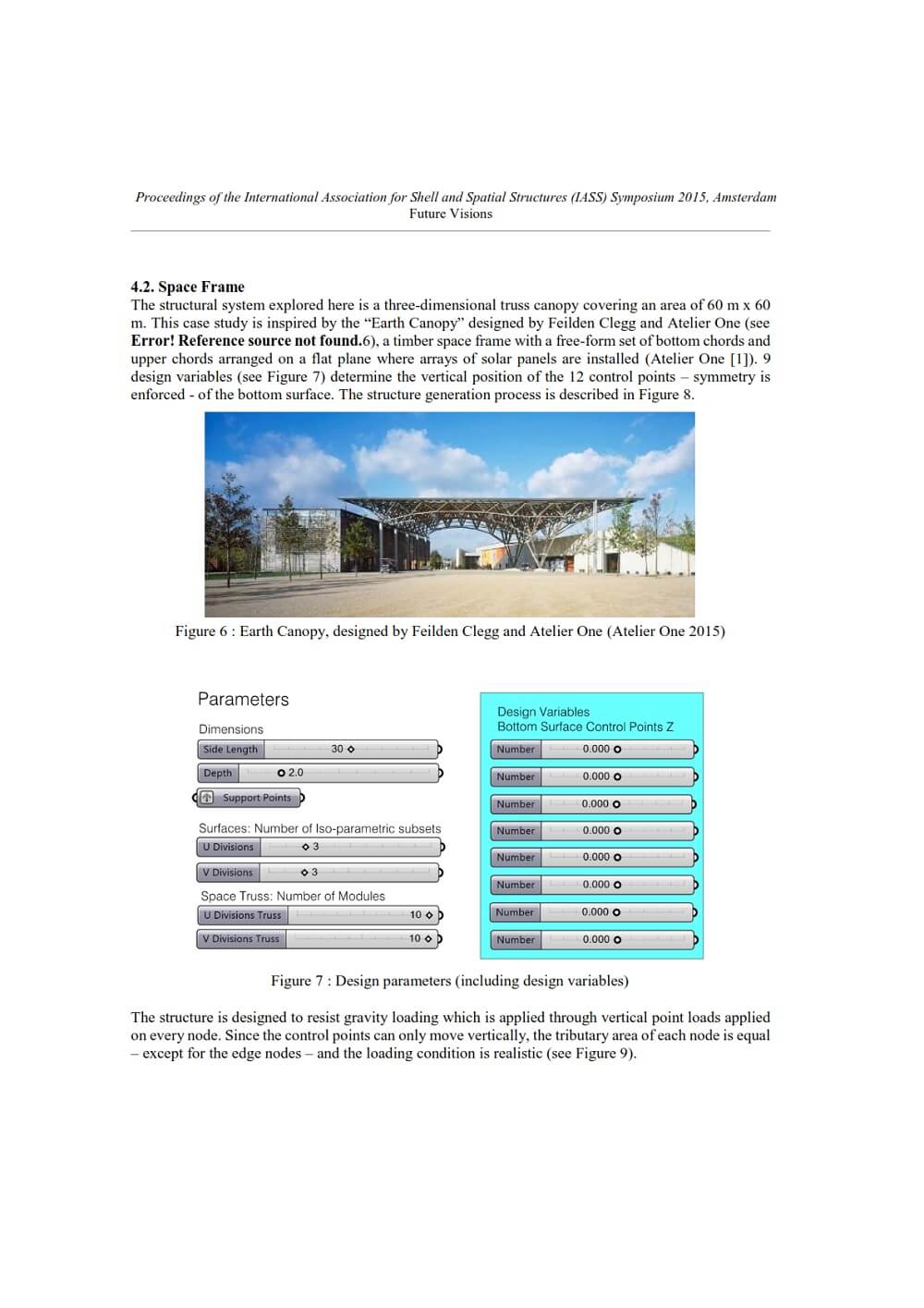 Taking advantage of the two frameworks, this research implements an interactive evolutionary structural optimization framework in the widely used parametric modeling environment constituted by Rhinoceros and Grasshopper (Robert McNeel & Associates). The implemented design tool capitalizes on Grasshopper’s versatility for geometry generation but supplements the visual programming interface with a flexible GUI portal, increasing the designer’s creative freedom through enhanced interactivity. The tool can accommodate a wide range of structural typologies and geometrical forms in an integrated environment. The paper includes a description of the tool and demonstrates its applications and benefits through several conceptual design case studies. 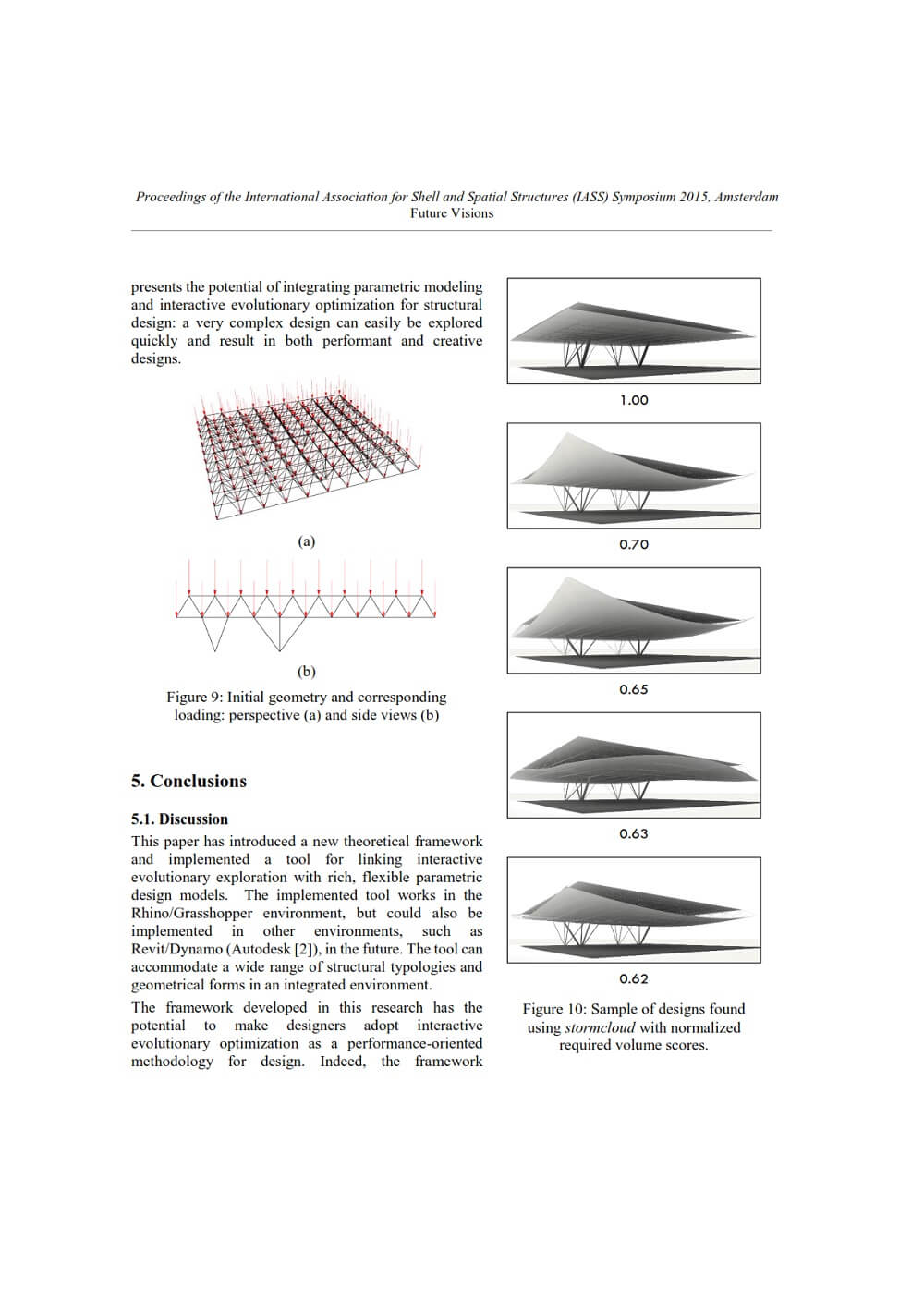