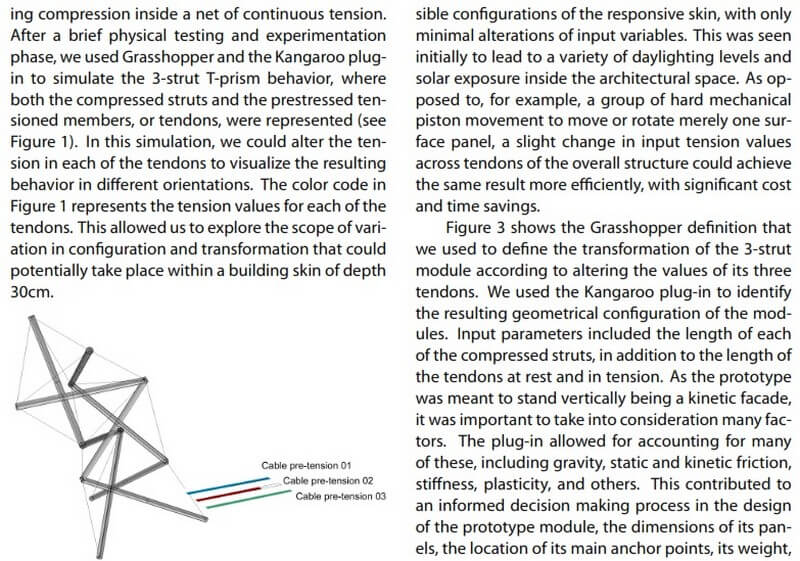 This paper by Sherif Abdelmohsen, Passaint Massoud and Ahmed Elshafei describes the process of designing a prototype for a soft responsive system for a kinetic building facade. 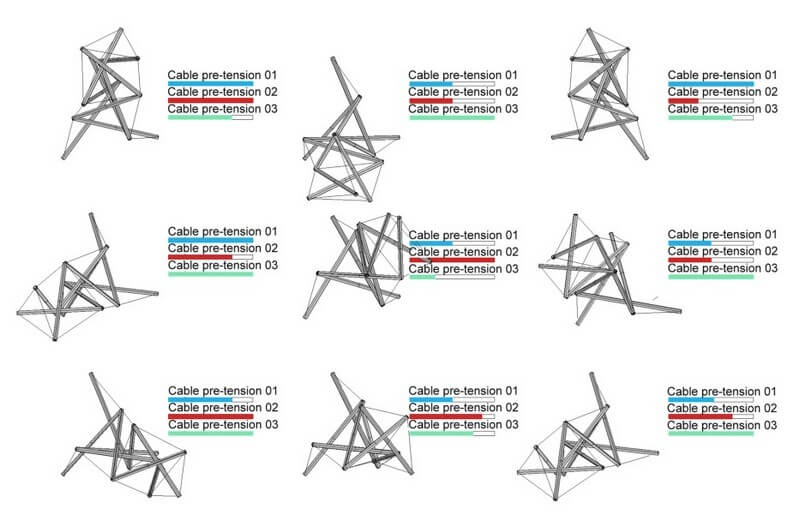 The prototype uses lightweight materials and mechanisms to generate a building facade skin that is both soft (less dependent on hard mechanical systems) and responsive (dynamically and simultaneously adapting to spatial and environmental conditions). 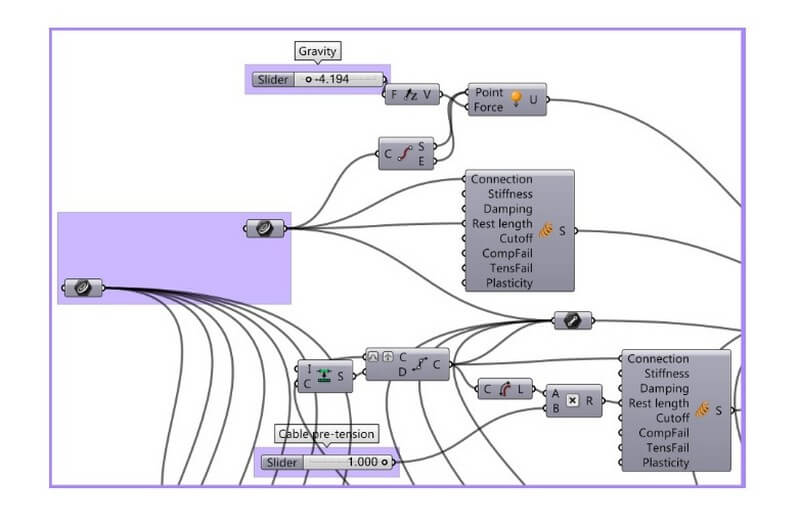 By combining concepts stemming from both tensegrity structures and folding mechanisms, authors develop a prototype that changes dynamically to produce varying facade patterns and perforations based on sensor-network data and feedback. They use radiation sensors and shape memory alloys to control the prototype mechanism and allow for the required parametric adaptation. 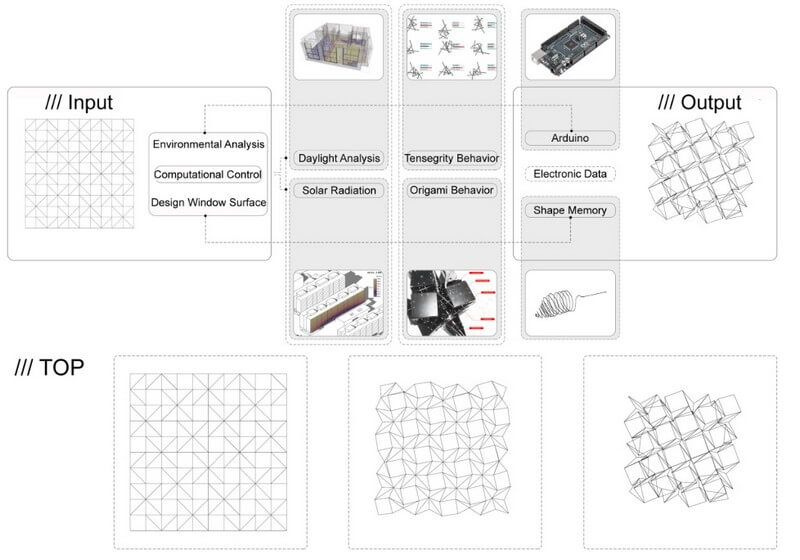 Based on the data from the radiation sensors, the lengths of the shape memory alloys are altered using electric wires and are parametrically linked to the input data. The transformation in the resulting overall surface is directly linked to the desired levels of daylighting and solar exposure. Authors conclude with directions for future research, including full scale testing, advanced simulation, and multi-objective optimization. 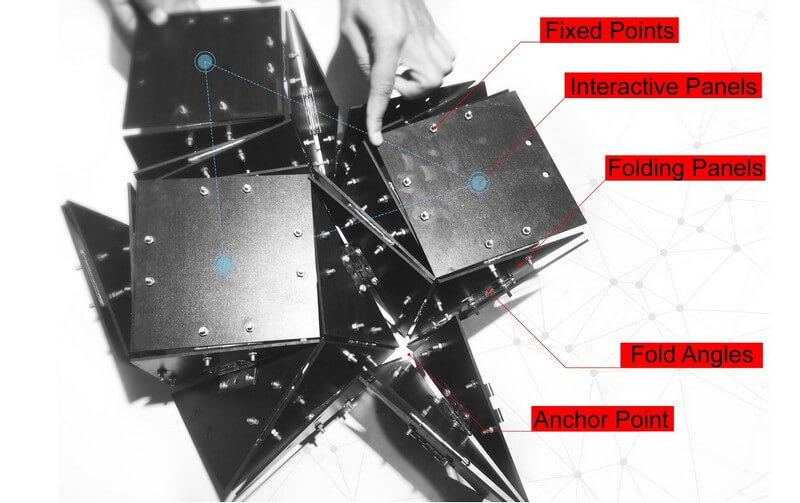