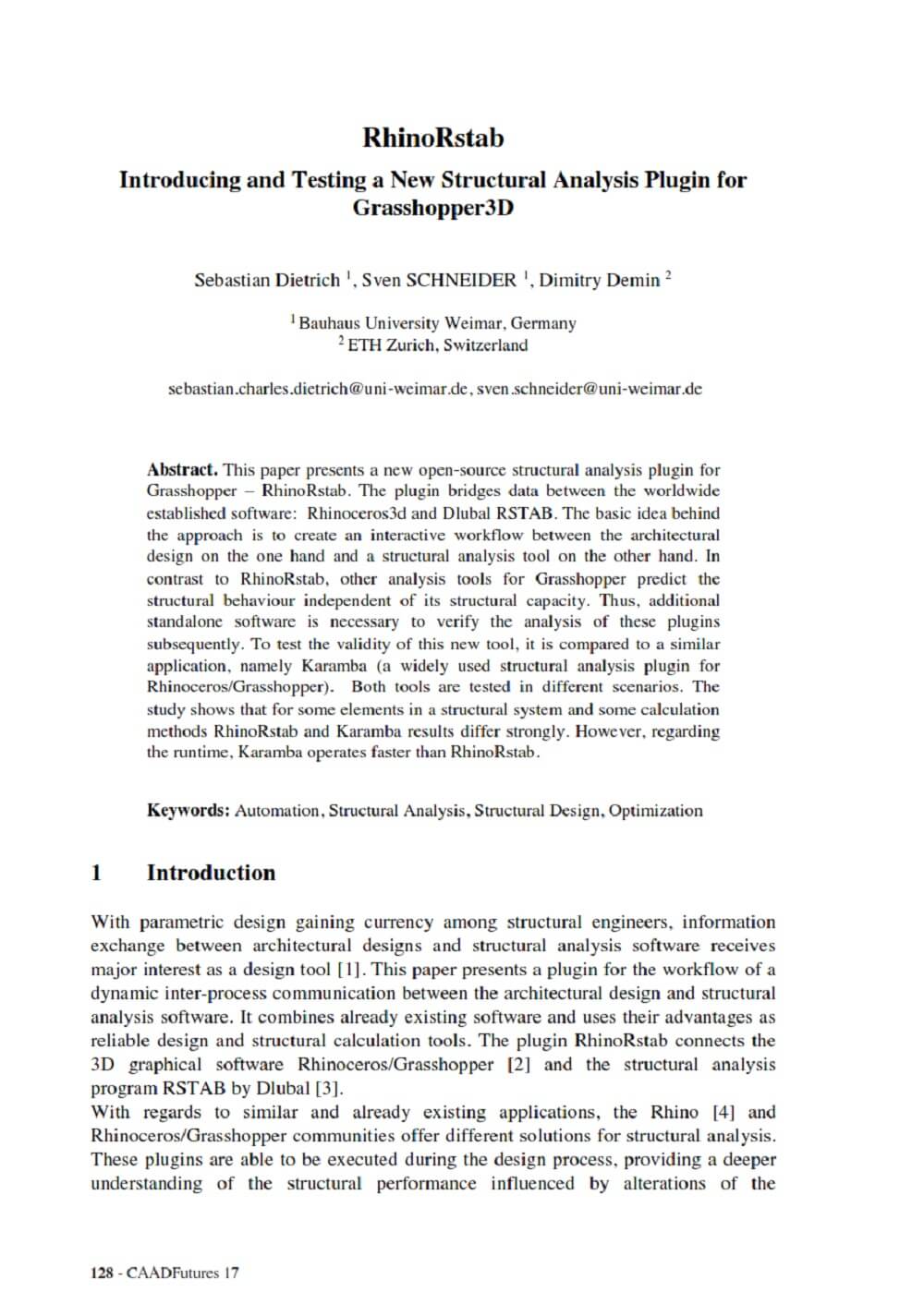 This paper by Sebastian Dietrich, Sven Schneider and Dimitry Demin presents a new open-source structural analysis plugin for Grasshopper – RhinoRstab. The plugin bridges data between the worldwide established software:  Rhinoceros3d and Dlubal RSTAB. The basic idea behind the approach is to create an interactive workflow between the architectural design on the one hand and a structural analysis tool on the other hand. In contrast to RhinoRstab, other analysis tools for Grasshopper predict the structural behaviour independent of its structural capacity. Thus, additional standalone software is necessary to verify the analysis of these plugins subsequently. 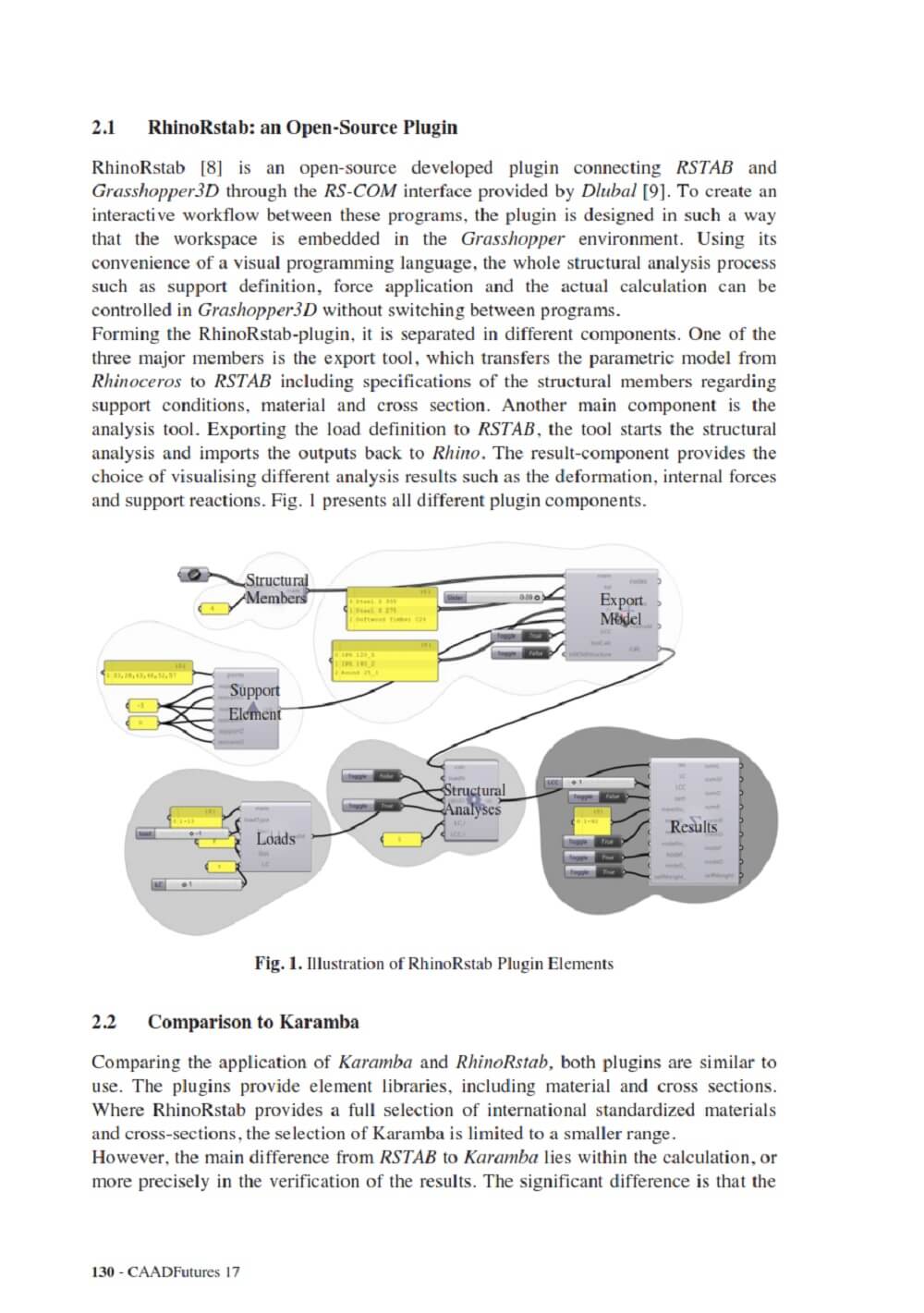 To test the validity of this new tool, it is compared to a similar application, namely Karamba (a widely used structural analysis plugin for Rhinoceros/Grasshopper).  Both tools are tested in different scenarios. The study shows that for some elements in a structural system and some calculation methods RhinoRstab and Karamba results differ strongly. However, regarding the runtime, Karamba operates faster than RhinoRstab. 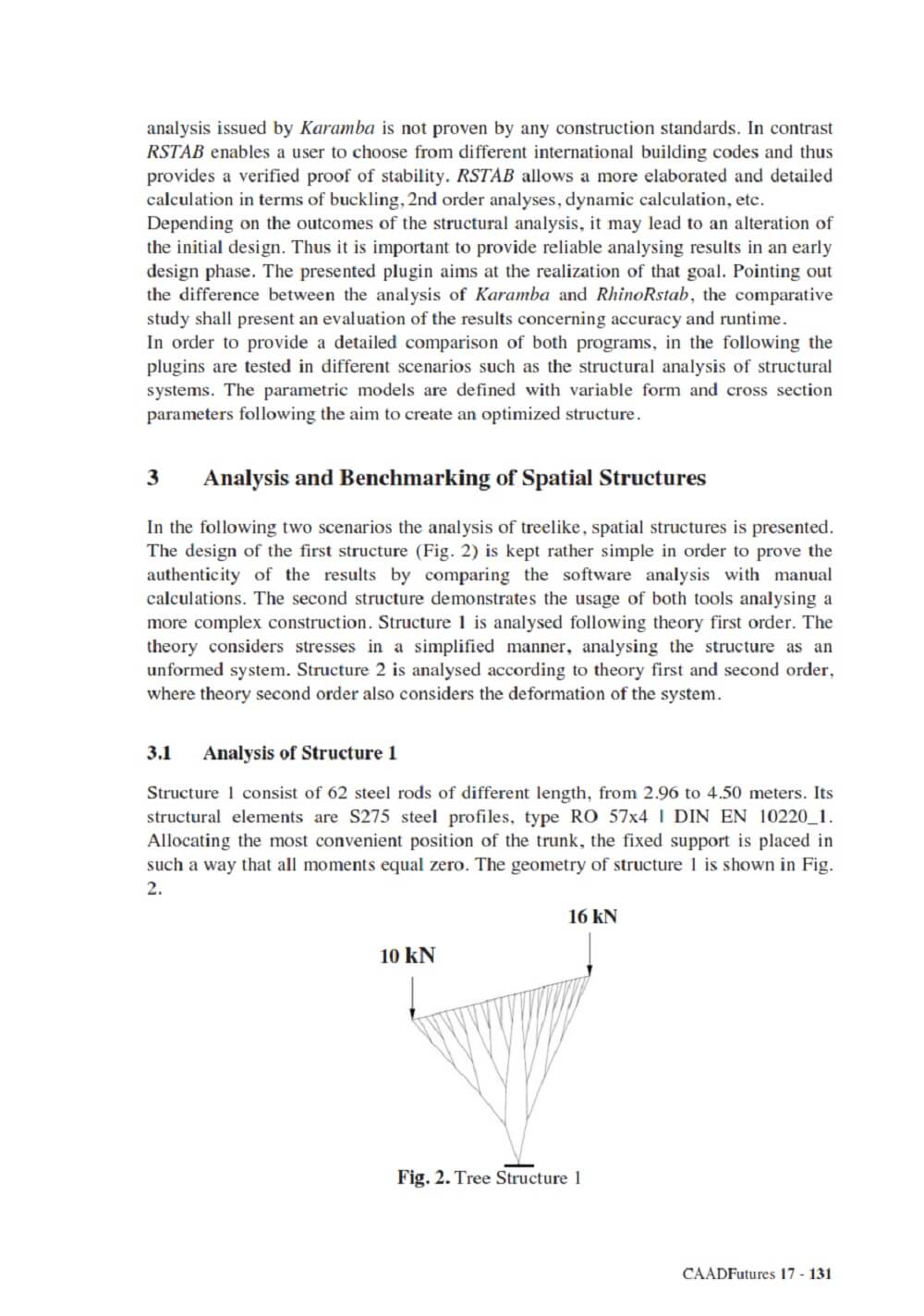 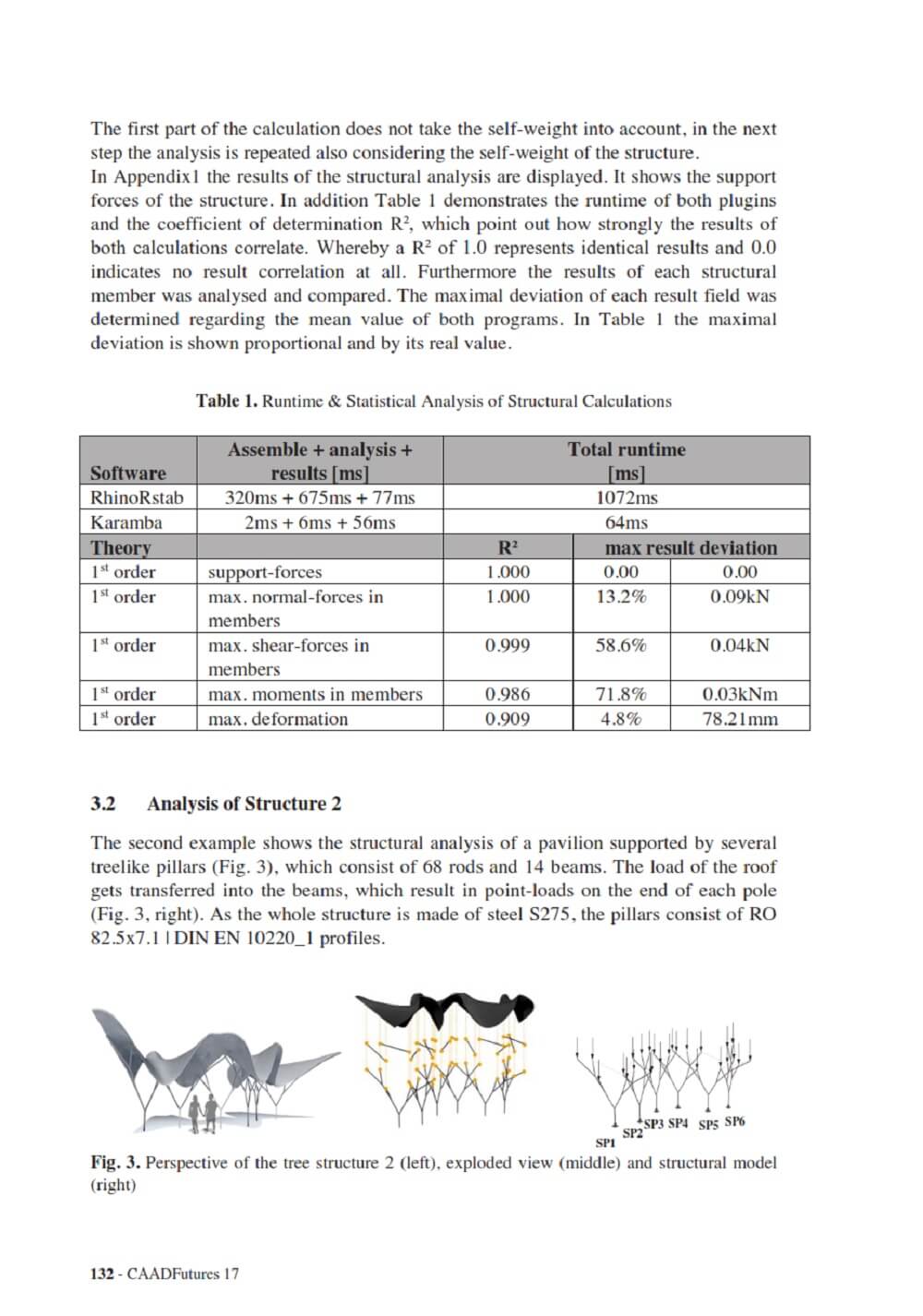