Productivity of digital fabrication in construction: cost and time analysis of a robotically built wall

The built environment is a sector of high strategic importance for each economy. With annual revenues of nearly 10 trillion USD, or about 6% of global GDP, the engineering and construction industry is a cornerstone of the world’s economy. However, studies show that the construction sector’s productivity has been stagnating in recent decades worldwide and that it has not been able to keep pace with the overall economic productivity.

The causes are numerous and include factors such as the resistance to introduce changes in a highly traditional sector, low industrialization of construction processes, poor collaboration and data interoperability, and high levels of turnover, which make difficult to implement new methods. 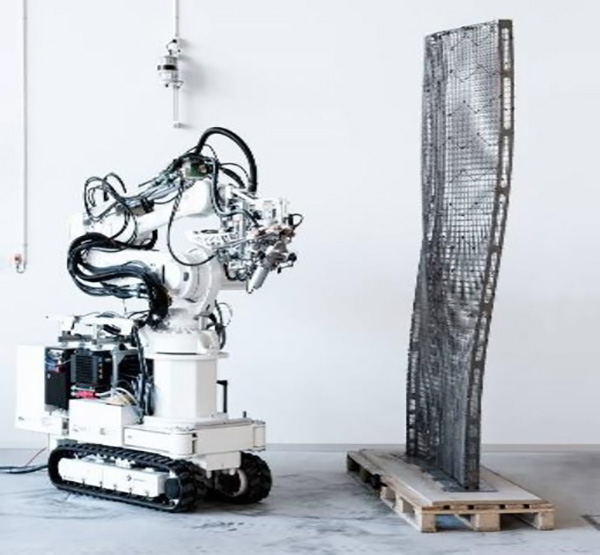 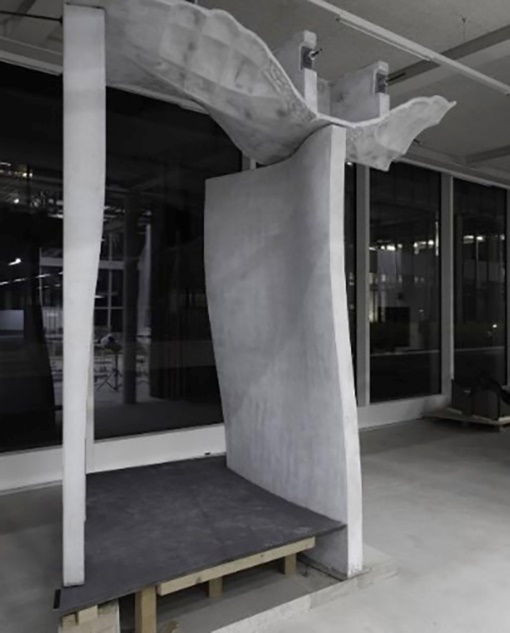 Figure 3. Prototype of double-curved wall built with the Mesh Mould process. IF and MMW (left) and finished wall (right)

The construction industry is facing challenges to improve the current situation and increase the overall productivity. One way of doing this could be, as suggested by Barbosa et al (2017), to adopt elements of the technology industry, such as cross-functional teams, with an emphasis on learning and deploying the latest technologies. For example, researchers have found successful applications of scrum techniques from software project management to construction projects (Streule et al., 2016).

These management changes should be fully supported and integrated with new technological advancements. In that direction, Agarwal et al. (2016) proposed a shift to a digital construction organization by exploiting and combining existing technologies such as rapid digital mapping, BIM, digital collaboration, internet of things, and future proof design and construction.

Bock (2015) shares this view and sees in the strategies coming from the general manufacturing industries under the notion of “industry 3.0” and “industry 4.0″, “in which highly autonomous and networked automation and robot systems cooperate to produce complex products with consistently sustained productivity” (Bock, 2015), the promise for the needed change in a construction industry that has been stagnating for decades.

Bock summarizes this new set of technologies and processes under the term of “construction automation”. Another often heard term is digital fabrication (dfab), describing the link between digital technologies and the physical construction process (Gramazio and Kohler, 2014), which will be used instead in this study. 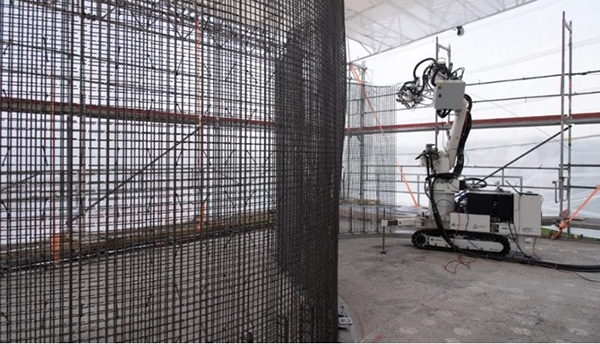 Digital fabrication has shown great potential to move the construction industry into the Digital Age. The integrated digital design and fabrication process (i.e., a design-to-production process) results in more controllability and flexibility during construction, allowing adjustments to be made at a late stage without highly increasing construction costs. Thus, leading to new roles and elements established in the workflow.

This study investigated the effects of additive digital fabrication (dfab) on productivity by analyzing the cost and time required for the construction of a robotically-fabricated complex concrete wall. The CYCLONE simulation technique was used to conduct a quantitative comparison between conventional and robotic construction methods. The comparison between the two construction processes was done for two types of walls: a doubled-curved wall and a straight wall.

The specific cost comparison should be treated as illustrative and not precise and the results from this study should not be extrapolated to draw general conclusion for the broad field of digital fabrication. In addition, some of the data was obtained through simulation or by making reasonable assumptions. As more real applications are conducted, simulated data should be replaced with real data collected from physical experiments. Similarly, as more information becomes available, the assumptions made should be revised and ultimately replaced with actual values. 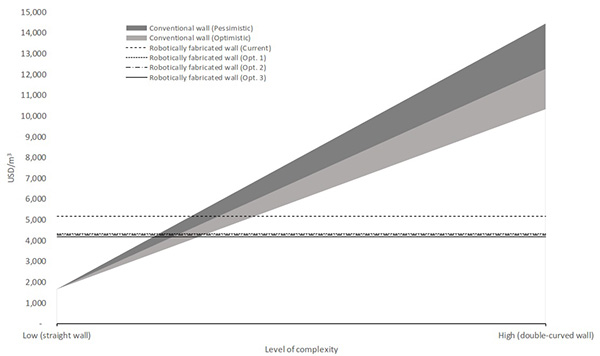 The Mesh Mould Wall in this study was a motivating example to prove the benefits of digital fabrication in a specific context, while further research is needed to demonstrate the multifaceted impacts that digital fabrication brings to construction process. From this study, it can be stated that additive dfab has the potential to be economically beneficial through the improvement of productivity during the construction of complex structures.

Although the MMW is envisioned to work on-site, the unexpected conditions of on-site construction have not been considered in this study. It is important that this kind of robotic systems have this in consideration to have the ability to adjust to uncontrolled environments in a way that does not compromise their productivity. Further research is required to assess the social impacts of using dfab.